Injured limbs turn black due to a type of cell death called necrosis. Necrosis is the unnatural death of our cells caused by various things, such as mechanical injury, lack of oxygen, infections, etc.

A fairly common sight in movies is a homeless man, sitting in a corner, smoking a cigarette or cigar, with blackened, stinky feet. The blackened feet, or the rotting part of a live person’s limbs, is known as gangrene, which is a form of necrosis.

While both the words refer to cellular death, the former deals with unnatural cell death, while the latter refers to programmed or organized cell death. Apoptosis is an important part of our natural functioning and is used to maintain a healthy number of cells. This cannot be done by controlling cell division alone.

Apoptosis is also used when a body structure becomes redundant, for instance, the tail of a maturing tadpole. Apoptosis plays a role in the development of certain body parts, such as the development of the human embryo; toes and fingers are formed when the cells between individual digits die by apoptosis. Therefore, apoptosis obviously plays an important role in our normal development.

Contrastingly, we have necrosis. This is a process in which our body cells face unnatural death, or non-programmed cell death. This could occur due to a lack of oxygen to a certain part or tissue, which results in the cells dying by hypoxia, or it could be caused by an infection or harmful toxin that kills our body’s cells before their programmed death. Any form of mechanical injury could also lead to necrosis. Necrosis can even occur with exposure to extreme external or environmental factors, such as heat, cold, electricity, etc. It causes a great deal of damage and can be fatal if left unchecked. 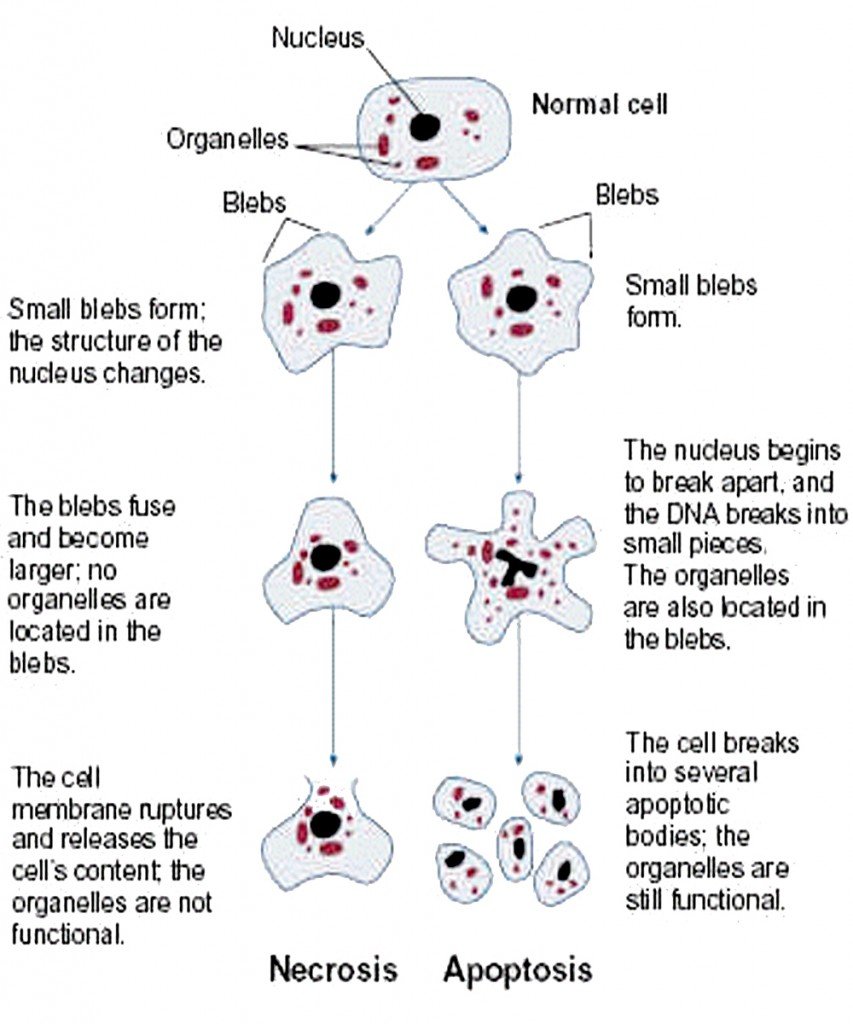 Based on the cause of cell death, the location of the affected body part, and the duration, there are 6 different types of necrosis. Of these, the first 2 are the most common.

Our cells have enzymes that can digest themselves. In liquefactive necrosis, these digestive enzymes come into play, resulting in a liquified mass of dissolved tissue. It may cause partial or complete dissolution of the tissue, thus forming a viscous fluid.

This occurs during an infection in any part of the body, except the brain. The microbial toxins also secrete enzymes that can digest the cell. In the brain, this type of necrosis occurs due to anoxia or hypoxia of the brain.

This type of necrosis occurs due to mechanical injury or loss of oxygen to any part of the body, except the brain. The injuries usually damage the digestive enzymes of the cells, so the digestion occurs by other surrounding cells. Therefore, this form sets in slower than the liquefactive type, as it is dependent on the surrounding cells. In coagulative necrosis, the cells all die, but they retain their architecture. 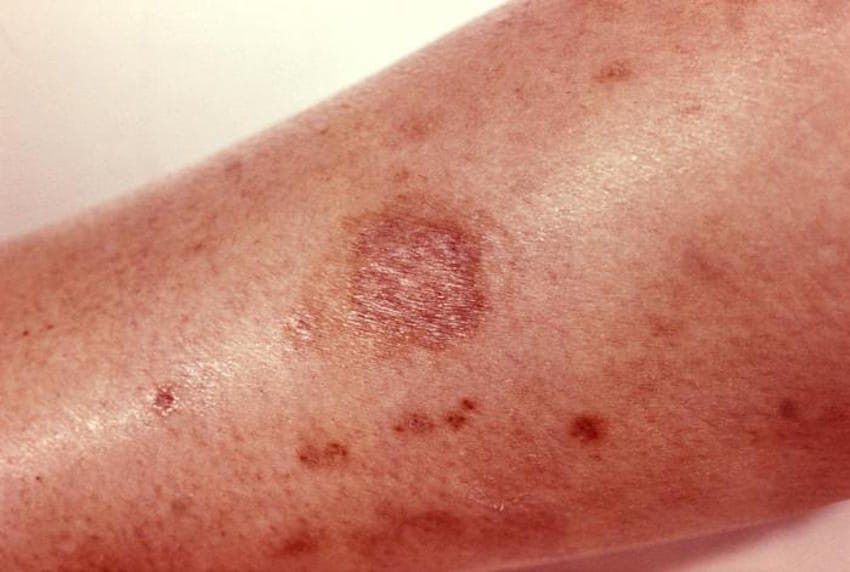 This type is specifically seen during tuberculosis infections, although some other fungi can also cause it. In this type, the dead tissue has a whitish, cottage cheese-like appearance. The structure has a large number of activated macrophages and lymphocytes. The entire structure is called a granuloma.

This type of necrosis is specific to vascular, or blood-related damage. It involves the deposition of fibrin within our blood vessels on a microscopic level. However, macroscopically, it isn’t very easily identifiable.

Adipocytes are specialized cells that store energy in the form of fat. If necrosis occurs in a place that is rich in these cells, the enzymes break down the adipocytes to release free fatty acids. These then appear as white blotches on the skin. This especially occurs during pancreatitis, which is basically swelling of the pancreas. It can also occur in breast tissue, as they also have stores of fat. 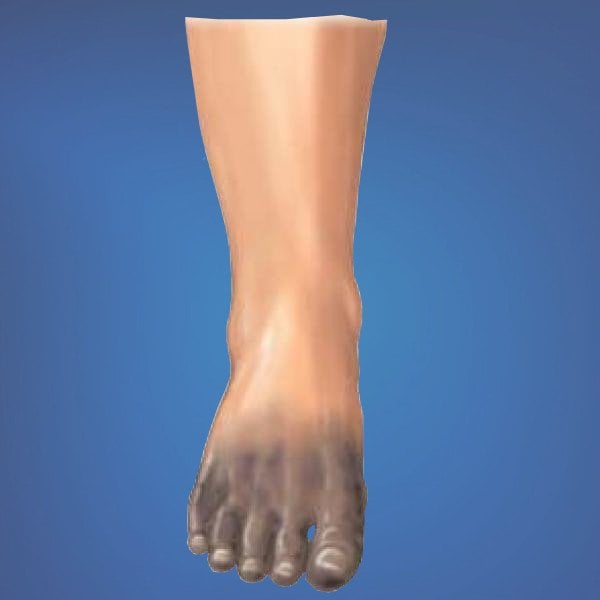 Also Read: What Is Pallor Mortis?

Any cell or tissue death in the extremities, especially the lower limbs, is known as gangrene. It presents as blackened skin, with putrefaction. This is technically not a type of necrosis, but rather a classification of necrosis found in a specific place. It could be manifest as coagulative (dry) necrosis or liquefactive (liquid) necrosis.

The first step in the treatment of necrosis is usually the removal – surgical or non-surgical – of the dead tissue. The longer it stays attached to the rest of the body, the more it can spread. Dead cells tend to kill the surrounding cells by releasing their digestive enzymes, so it is essential to remove them. This could mean removing a tiny part of someone’s skin, or the amputation of a limb. The best way to treat it however, is to find and cure the source of the necrosis, which would prevent any further damage. Necrosis can become fatal if left untreated