In humid conditions, bones might break down in a matter of a decade or so, but in a dry climate, it could take thousands of years! Bones do decay, just at a slower rate than other types of organic material and tissue.

When someone passes away, one of the most common phrases heard at the memorial or funeral is “Ashes to ashes, dust to dust”. In that context, the phrase suggests that our bodies come from the earth and eventually return to it. It’s a sentiment that explains the circle of life and helps people cope with the pain of loss and death.

However, that phrase isn’t entirely true…”Dust to dust” suggests that our bodies completely disappear, but this is not always the case. Sometimes bones are found in the earth that have been buried there for thousands of years!

So, although flesh and tissue tend to break down rather quickly, bones have a much more impressive ability to stick around. As it turns out, this subject is a little more complicated than it appears at first glance and is actually quite fascinating once you “dig” a little deeper.

As with most mysteries in science, there is no single answer to this particular question. As it turns out, bones decay at varying rates, and some do not decay at all! A little background knowledge about the decomposition process can be very helpful to properly understand the variability of bones in human and animal bodies.

How Does Decomposition Happen?

Decomposition happens to all organic matter, and while every organism decays differently, the basic concept is the same: to recycle organic matter, chemical processes break down organisms into simpler forms that can be absorbed and reused within the biome, including everything that is considered “living”, from trees and badgers to kings and paupers. 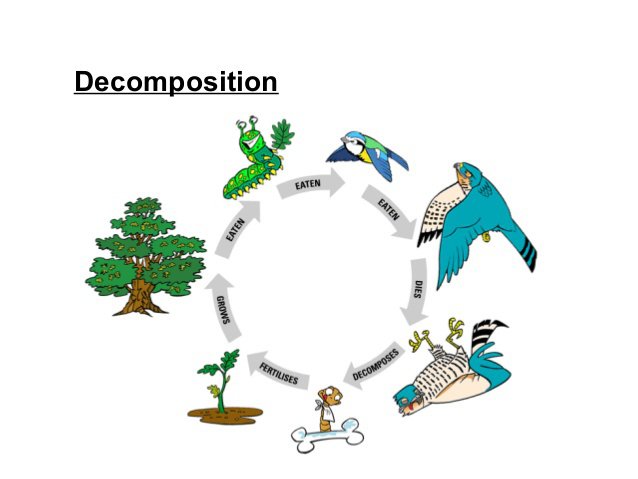 Bodies can be decomposed in two ways: chemical/physical processes or other living organisms breaking down the living tissue. The decomposition rate depends on many factors, including temperature, humidity, insect presence, exposure to air, the acidity of the soil, and dozens of other variables.

A human body could lose all its flesh and tissue in as little as a week, or it could remain in place for thousands of years! It all depends on the conditions the body is in, and the same thing is true for bones.

Although many people believe that bones never break, if you think about it logically, that would be impossible. After hundreds of millions of years of life on this planet (in which humans have only been around for a minute fraction), if bones never decayed, we would find them everywhere!

Fortunately, bones are not so different from our flesh and blood. We think of bones as solid and firm parts of our skeleton and elements that can snap like a piece of chalk when we are seriously injured. The truth is that bones are living tissue, just like our other organ systems, containing blood vessels and nerves.

Bones consist mainly of collagen, which creates a strong porous matrix rather than a solid structure. Therefore, the same chemical, physical and microorganic processes that break down tissues will also cause bones to decompose!

Compared to other tissues, bones can escape decomposition for two reasons – collagen and its association with calcium. Collagen is a very durable and stable protein due to its structure and chemical composition. Only certain enzymes can break down collagen.

Another protein, keratin, makes hair difficult to break down as well. Both keratin and collagen belong to the linear structural protein camp and are particularly strong due to their linear and tightly coiled helical structure.

Also Read: What Happens To Your Hair After You Die? 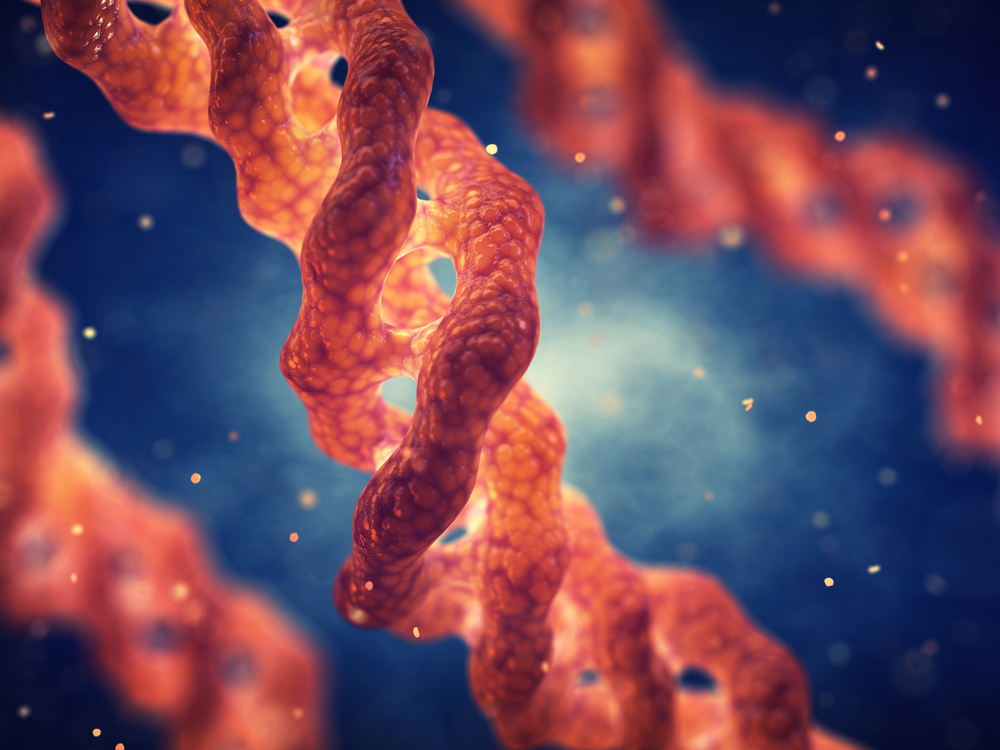 Furthermore, collagen associates with calcium and other minerals within the bone, giving the bone its strength throughout its life and making it possible to resist decay in death. The minerals “coat” the collagen, making it difficult for microbes to access the organic matter and digest it.

Bones last longer in dry and arid conditions since microbes cannot survive at high temperatures without water. This is why the iconic image of a skeleton in a desert is morbidly accurate.

If a body is exposed to water, insects, open-air, or highly acidic soil, then bacteria and fungi will be able to invade that porous network, and seek out the proteins of the collagen within the bones, causing these bones to disintegrate and eventually crumble to dust!

Some bones do manage to achieve true immortality, and you’ve probably seen dozens of them in the course of your life – most likely in museums!

Fossils are bones that were covered in sediment so quickly that the air was completely blocked out, making any decomposition impossible, as is the case after volcanic eruptions and other catastrophic events that displace large amounts of sediment in the earth.

Only a tiny fraction of living organisms manage to become fossilized, and even then, we still call them “bones,” but that is not really the case. Fossils were bones that never decomposed, but over time minerals in the surrounding materials began to leach out of the living tissue and replace living cells with rocks! So when we talk about dinosaur bones being excavated after millions of years, we are actually just digging up ancient rocks that are shaped exactly as the original bones once were.

This process of fossilization begins when water carries minerals such as calcium and iron into the cavities of the decayed bone, where the minerals settle there, fortifying the pre-existing minerals in the bone. Over time, the only stone that has taken the form of bone remains. The oldest fossils humans have discovered are roughly 2.8 million years old (source) and were found in Ethiopia.

The most famous examples of intact ancient bones originate from Egypt, where the mysterious practice of mummification prevented bone decay in certain cases.

When strong drying salts, like natron, were used to rid the body of fluids, they prevented bacteria and fungi from triggering the decomposition process. Furthermore, once the mummy was sealed in linen and a sarcophagus, the lack of oxygen and moisture almost entirely prevented the breakdown of tissue and bone. 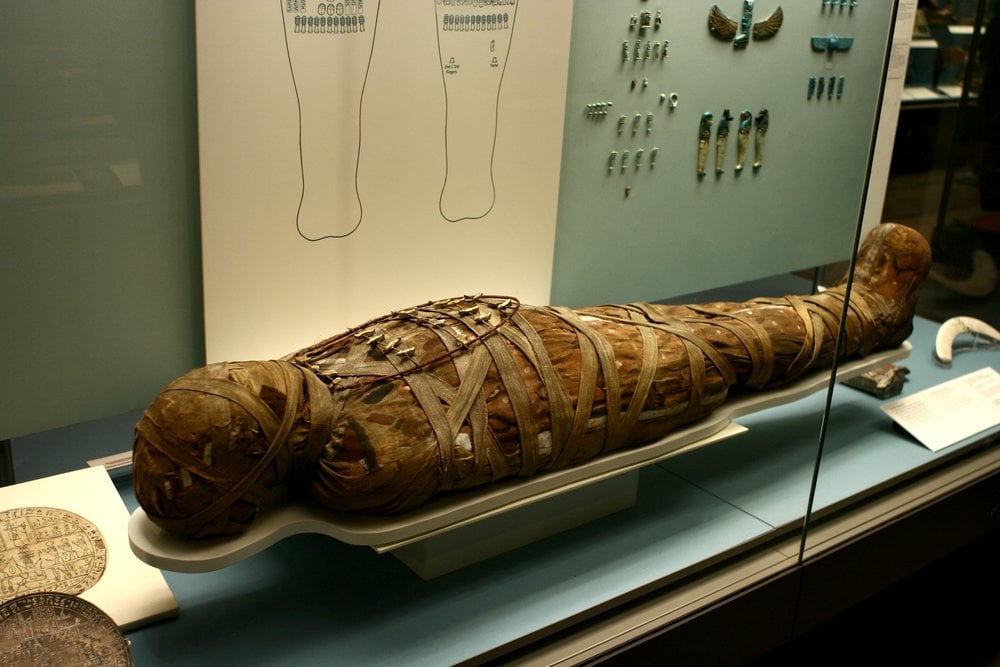 Bones do decay, just at a slower rate than other types of organic material and tissue. Based on a wide range of extrinsic and intrinsic factors, bone can last for a few months to a few geologic eras, but the truth is that nothing lasts forever.

Even fossils and mummies will eventually be pulverized or broken down over the course of millions (or billions) of years. As they say, elbows to ashes, bones to dust!

How well do you understand bone decomposition?