Have you ever wondered how researchers and physicists have managed to map a massive amount of the universe from their secluded research labs with only a telescope, a computer and specific statistical data to help them? Do we no longer need to set out on journeys to see far and beyond? Has the era of Columbus, Marco Polo, Vasco da Gama and other great travellers come to an end? 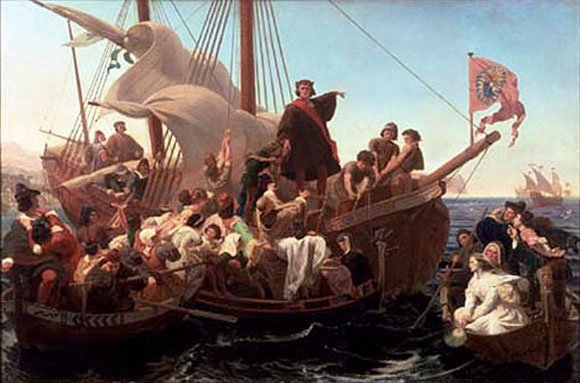 Sadly, yes. Let’s try to understand the situation in a realistic manner.

To do this, let’s use a scaled-down map of our known universe. If the sun is positioned 1 inch from the earth, the next closest star (Proxima Centauri) is around 4.3 miles away. The sun, in actual distance, is about 149.6 million kilometres away from the Earth, so Proxima Centauri would be insanely farther. The number is unimaginable, around 40.14 trillion kilometres. We can no longer use ships or aeroplanes to explore such vast distances as we might do when travelling around the globe.

Humans aren’t technologically advanced enough to make such incredible trips into space in the current epoch. Instead, we have gotten smarter with our methods of exploration and observation.

Have you ever seen a police car speed by? As it nears you, the siren is heard louder (invoking fear in the hearts of criminals). As the car moves away, the intensity of the sound diminishes as well. This is known as the Doppler effect.

How does this help our space voyage? As mentioned earlier, humans are smart. We noticed that the Doppler effect could be observed, not only in sound waves but for all kinds of waves. Light is an electromagnetic wave; we used this fact to our advantage.

When we are dealing with light as the subject wave, we obviously see the visible changes, not the audible ones, unlike the case of sound waves. However, the principle remains the same.

What Are Redshift And Blueshift?

Have you ever witnessed a rainbow?

If yes, then you have surely noticed bands of colours comprising the rainbow.  This is what you would call the visible spectrum of light, which an unaided eye can perceive in normal conditions. 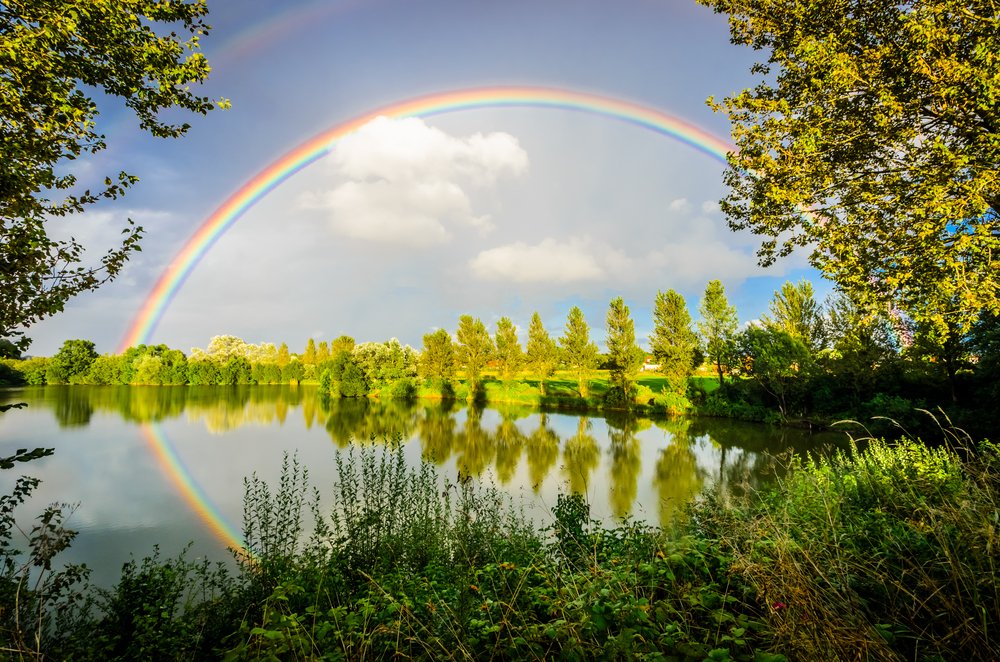 (a spectrum of colours in a rainbow) (Photo Credits: IanSt8/Shutterstock)

The Doppler effect is also observed in the visible spectrum. When a source of visible light moves away from an observer, the incoming light tends to move towards the red region (higher wavelength region) of the spectrum. This is called a redshift.

Similarly, if the source is moving towards the observer, the incoming light waves tend to shift nearer to the blue region (lower wavelength) of the visible spectrum. This is called blueshift. 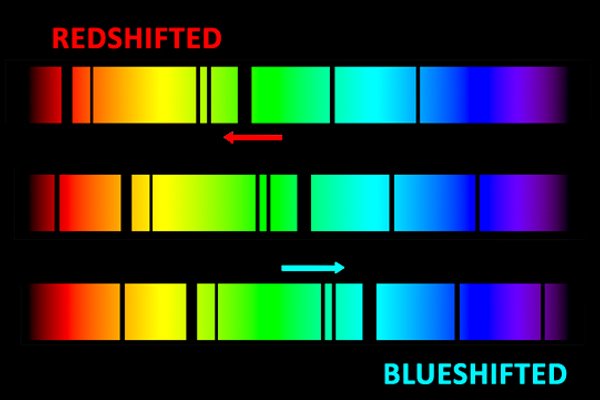 (Stretching of wavelength in a redshift and a blueshift, away from the original wavelengths, as seen in an absorption spectrum)

How Do Redshift And Blueshift Help Us Map The Universe?

Now that you understand redshift and blueshift, get ready for some mind-blowing revelations those simple elements can provide.

Astronomers can use redshift to determine the motion of our Milky Way galaxy. This is achieved by measuring the Doppler shift in the incoming light from nearby galaxies and comparing the results, in particular, intervals of time, to determine the shifting.

Also Read: How Did Scientists Determine The Size Of The Universe?

That information reveals how other galaxies, nebulae or any other light-emitting body is moving, with what magnitude and in which direction.

Spanning from the nearest galaxy, Andromeda, to the farthest “high redshifted” galaxies, the Doppler effect has paved the way for innumerable observations with extremely high levels of accuracy.

This has also given us a glimpse at the original state of the universe, around 13.7 billion years ago, when cosmic history began with the Big Bang.

The universe has not only been expanding since that time, but its expansion is also accelerating. Achieving these results went a bit beyond the mere Doppler effect. It is, in fact, a result of spacetime itself expanding.  As the universe is generally expanding, observing blueshift on a large scale is rare.

The Three Kinds Of Redshift

At least three different kinds of redshift have been observed in our universe.

You must be wondering: why is blueshift less significant? The reason is that the universe is expanding. Thus, the wavelength of light reaching observers is longer and is hence redshifted. That being said, blueshift does undoubtedly occur in some particular cases.

Type I redshift results from the motion of galaxies relative to their neighbouring galaxies. For instance, our Milky Way is on a collision course with the relatively nearby Andromeda galaxy; the resulting decrease in Andromeda’s wavelength from our perspective, as the galaxies draw closer, is colloquially known as blueshift. At the same time, a galaxy moving away from ours will show a redshift.

Type II is the most common form of redshift and is observed due to the expansion of space between two stationary bodies. The bodies, although not in motion, do experience an increase in the wavelength of incoming light.

The subtlest of all redshift varieties is Type III, gravitational redshift. As gravitational forces from massive bodies cause the light to bend, even slightly, it warps the trajectory of incoming light, causing a change in the wavelength of incoming, observed light. The verification of gravity’s effect on light also helped to validate Einstein’s theory of general relativity.

A classic example of gravitational redshift has been observed on Earth. Consider you are shining a torch up to a tower and measuring its wavelength when it is received and when it is emitted. You will find that the wavelength has increased, because the gravitational field of the earth gets stronger the closer you are to its surface. This causes the time to pass slower—or to be “stretched”—closer to the surface, which thereby affects the frequency and wavelength of the light.

(The 3 kinds of redshifts observed in our universe)

Astronomers use redshift and blueshift to detect extrasolar planets through something known as the radial velocity method.

This technique uses the fact that if a star has a planet (or planets) around it, it is not strictly true that the planet is orbiting the star. Instead, the planet and the star orbit their common centre of mass, as the star is so much more massive than its planets. The centre of mass is within the star, so the star appears to wobble slightly as the planet travels around it. Astronomers can measure this wobble using spectroscopy.

Consider a star travelling towards us; its light will appear blueshifted, and if it is travelling away, the light will be redshifted. This shift in colour will not change the apparent colour of the star enough to be seen with the naked eye. Instead, spectroscopy can be used to detect this change in colour from a star as it moves relative us, orbiting the centre of mass of the star-planet system.

More generally, astronomers use redshift and blueshift to study objects that are moving, such as binary stars orbiting each other, the rotation of galaxies, the movement of galaxies in clusters, and even the movement of stars within our galaxy. Thus, by mapping the motions of these bodies, astronomers have managed to span an unusual amount of the “known universe”.

It might seem shocking that the farthest man has travelled in space is the dark side of the moon, particularly since it is evident how smart and economical humans are. However, despite still being technologically backwards, humans have a strong urge to explore the unknown. We have managed to find a way to observe the farthest known gamma-ray burst from an exploding star 13.4 billion years ago, learn about the most distant galaxy (GN-z11) in our observable universe, and we’ve done all this without stepping a single foot in space.

Researchers are continually brainstorming ideas to create and explore new methods of space exploration and map our universe to the most precise measurements. All of this is possible only because of our understanding of the nature of light. Our knowledge of the universe is primarily based on theories and statistical data. Therefore, it was a significant breakthrough, in the field of cosmological exploration, when the Doppler effect paved the way to the idea of redshift.

Today, we have spectroscopy to thank for everything we know about our universe. It would have been impossible for astronomers to observe distant galaxies or cosmological events, let alone make precise measurements if the phenomenon of the Doppler effect remained unknown to humanity! 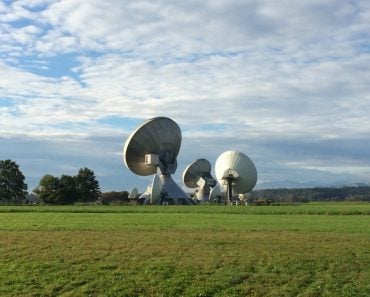