There is always some ambient noise around us. When we cup a palm near our ears, we collect that noise and our palm resonates the sound for us to hear. This is also what happens when you hold a seashell to your ear!

At some point in our childhood, most of us visited the ocean or seashore, and we probably all did that one common thing—collect those beautiful shells that we find at our feet. We often take them home as souvenirs. We would also hold them near our ears just to hear that whooshing sound, which created that believable sound of the ocean. This is the moment we were fooled during childhood!

That sound is not actually the sound of the ocean, because you’ll be able to hear it even when you get back home from vacation. There is actually a simple acoustic explanation behind this calming phenomenon. Childhood myth that you can hear the ocean in a seashell (Photo Credit : Guschenkova/Shutterstock)

Some people suggest that the seashells trap the sound of ocean waves for extended periods of time, which is why we hear the sound even when we’re away from the ocean. However, this is not true, because you can produce the same effect just by cupping your palm around your ear.

Some other people suggest that it is the sound of blood pumping through your blood vessels, but this is also not the case, because when you perform intense physical activity, blood flow becomes faster and you should be able to hear variation in the intensity of the sound. That does not happen, so this assumption also fails.

Finally, there are people who suggest that the sound is due to the flow of air in the surroundings—air flowing in and out of the shell creates a noise. Although this reason may appear convincing at first, it fails in a soundproof room.

You will no longer hear the whooshing sound of the ocean when you take the shells into a soundproof room. Even though the room is soundproof, there will still be airflow inside the space. However, the sound is not created, so this third theory also fails.

Why do we hear that sound?

The reason behind this acoustic mystery of childhood is nothing but ambient noise. Ambient noise is simply the sound that remains in the surroundings. It includes every type of present noise, ranging from minimal whispers to loudspeakers. All of these noises are collectively called ambient noise.

The seashell captures this ambient noise and resonates it inside. The walls of the shell can be thought of as a resonating chamber. The sound produced also varies depending on the shape, size, and distance at which you are holding the shell. A similar effect is produced when you cup your palm over the ear or when you hold an empty cup near your ear. The resonance of noise is why you hear that echoing sound. 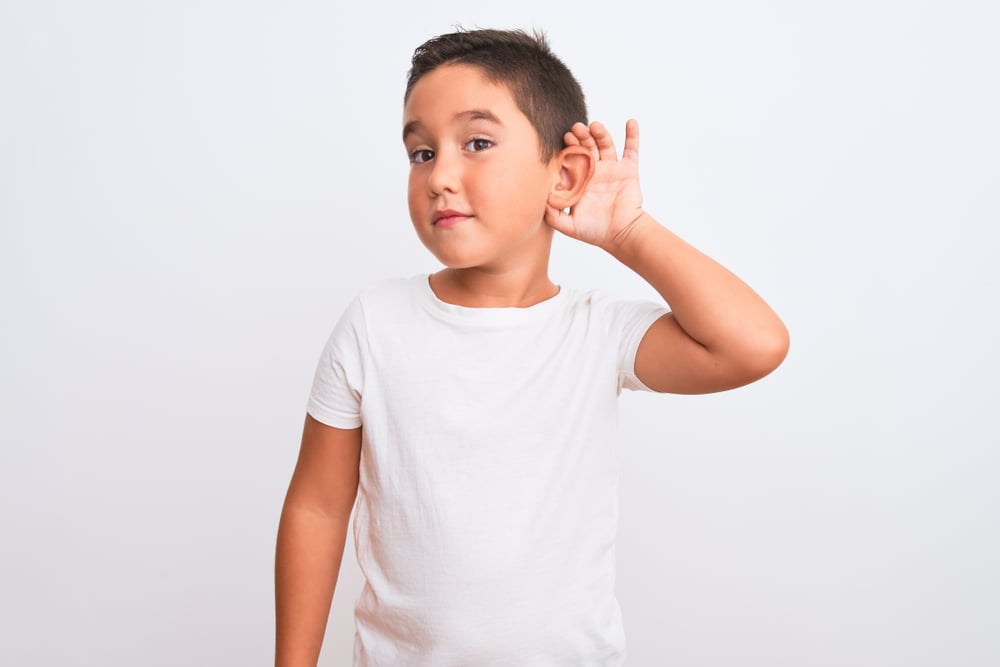 What is the science behind it?

We usually don’t pay attention to all the noises around us, especially those that are extremely low in magnitude. To hear such noises, we need to amplify them, which is usually done with a resonator.

They are a sort of echo chamber and multiply the sound that falls on them. The seashell is a resonant cavity, as are your palm and an empty cup. Cavities naturally capture the noise around them. When such noises hit the walls of the cavity, they undergo multiple reflections. The sound becomes amplified, which basically means that they get multiplied and produce a sound similar to ocean waves.

The shell or your palm produce an effect similar to that of a Helmholtz double layer. In Helmholtz’s device, the resonator sound is produced by air vibrating in a cavity with one opening. It is also important to understand that not all frequencies of the sound are amplified; some are also attenuated. Although the factors that control the echoing of frequencies are a bit trivial, a more detailed understanding of the volume, shape, and size of the resonators is necessary to fully unpack these details.

The fact that shells produce the sound of the ocean cannot be fully ignored. When you are near an ocean and holding up a seashell, the sound being produced will obviously include the ocean waves too. It is important to understand that not only the seashells, but also any such objects with a cavity can capture, reproduce and amplify the ambient noise of its surroundings.