No, being inside a car doesn’t guarantee 100% protection against a lightning strike. Rubber is a great insulator, but it can’t stand against one of the most powerful forces in nature.

There are so many claims about lightning’s effects, as well as ways to survive a lightning strike, that the common man can become quite confused about what’s true and what’s not. We have already debunked a number of claims about it, including metal piercings on attracting lightning, the chance of getting hurt if you are indoors during a lightning strike, and how glass is formed whenever lightning hits sand.

Now, it’s time to investigate yet another claim related to lightning. It goes something like this: you are absolutely safe inside a car during a lightning strike, because a car has rubber tires, which provide insulation against electricity.

Is The Claim True?

Being inside a car doesn’t guarantee 100% protection against a lightning strike due to its rubber tires. Sorry to burst your bubble! 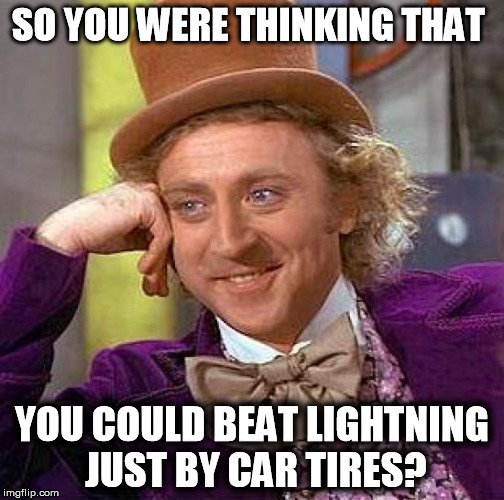 Admittedly, the assumption is not completely illogical. Rubber is a great insulator (i.e., a material that doesn’t allow electricity to pass through it), so the assumption that it may offer protection against a lightning strike, which is essentially a spark carrying a huge electric current, is not entirely preposterous.

However, you should understand that the fact that rubber is an insulator doesn’t mean that it can stand against one of the most powerful forces in nature.

Why Can’t Rubber Tires Do Much To Protect You? 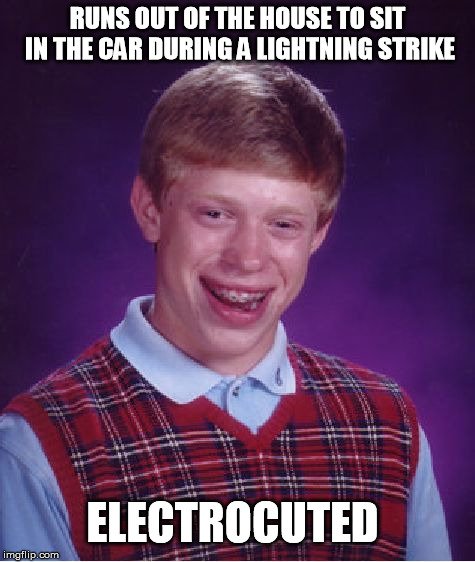 A bolt of lightning contains a colossal amount of electric current; in fact, it’s so hot and powerful that it can raise the temperature of the air surrounding it by a few thousand degrees! Furthermore, before it reaches your car on the ground, it has already traveled through thousands of feet of air as well (air offers some resistance to the flow of electric current). The net resistance from those many layers of air is many times greater than the few inches of rubber in your cars’ tires.

Now, do you really think that the lancing bolt of lightning, which has already traveled a few kilometers through the air, is going to be completely stopped by a few inches of rubber on the tires of your car?

What Actually Happens When Lightning Strikes Your Car?

Fortunately, it’s not as if you’re doomed if your car gets hit by lightning; people frequently escape unscathed from a lighting strike. However, it’s not the tires that offer much protection against a bolt of lightning, but rather the metallic frame of the car.

When a bolt hits a car with a metallic top, current flows around the outside of the car and most of it runs into the ground beneath the car (earthing). In essence, the car you are sitting inside is a Faraday cage of sorts. 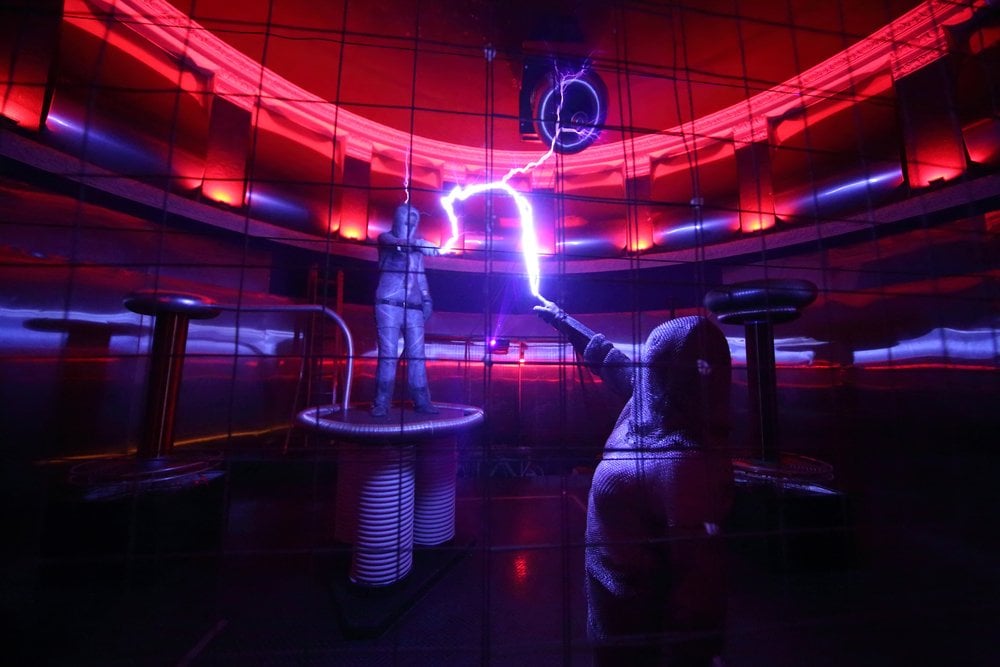 An example of a Faraday cage (Credit: Pavel L Photo and Video)

A Faraday cage, sometimes referred to as a Faraday shield, is an enclosure formed by conductive material or by a mesh of conductive material, which can block external electrostatic and electromagnetic influences. When a tremendous spark of electric current strikes the cage, it conducts electricity and passes it onto the ground, leaving the inhabitant of the cage completely unscathed by the powerful electric current.

In principle, lightning striking your car is a perfect example of a mobile Faraday cage. However, keep in mind that the ‘Faradayness’ of your car can be compromised by a number of factors, such as sub-standard quality metal used in your car’s frame, and can make matters worse. Also, convertibles don’t have metal roofs, so that’s a major cause of concern too. 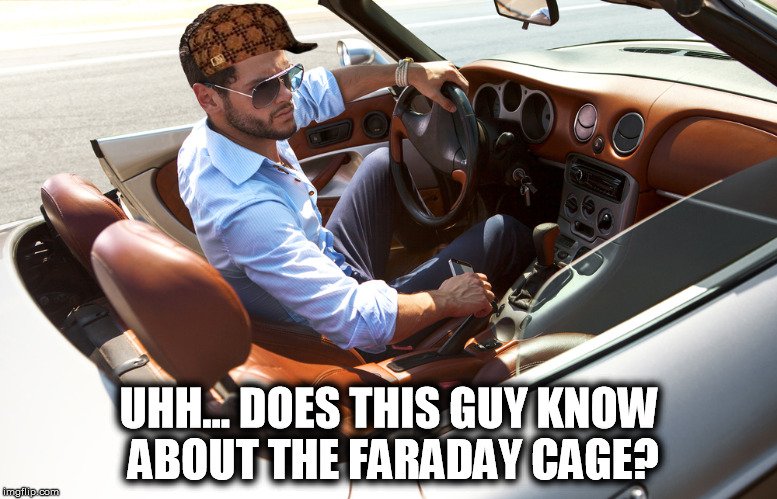 To guarantee 100% safety against a lightning strike, you can do… well, nothing. There’s no magic trick that can ‘guarantee’ your safety. However, it’s not as if everyone is killed as soon as they are stuck by lightning; there are umpteen cases of people’s miraculous escapes from certain lightning-induced death!

Your best bet is to stay indoors and take a few wise precautions, and pray that lightning does not strike when you’re taking a stroll through an empty corn field.