Glass can be made from sand when it is struck by lightning. The lightning causes the sand to heat up and lose its orderly arrangement of atoms. If it cools down quickly enough, glass is formed.

Honestly, I also found this idea a bit surprising when I heard it for the first time: Lightning can cause sand to form glass! Normally, when you think of a piece of glass fitted in the window of your bedroom, or the glass in big corporate windows, or even the glass container you’re drinking from right now, I doubt you immediately think about violent interactions between lightning and sand.

Yeah, that was my reaction too.

Once and for all, let’s figure out what this is wild idea is all about…

How Can this Even Be Possible?

Since people seem to think that this is possible, let’s see if it makes any sense at all. This theory, as it turns out, is quite feasible, as both sand and glass are made up of a compound that finds its way into chemistry labs – Silicon Dioxide.

To begin with, Silicon dioxide is one nasty compound, but also very disciplined. The arrangement of silicon and oxygen atoms is very symmetrical and orderly, which is why it has a very high melting point. Therefore, it first has to be heated to a very high temperature in order to break the strong bonds holding the oxygen and silicon atoms together so compactly.

After the material is heated, the well-arranged atoms lose their perfect alignment, which is the precise moment that it can move into another arrangement and form glass.

Did you really think it was that easy to make glass?

After silicon dioxide loses its rigid arrangement of atoms and becomes a liquid, the catch lies in the speed with which it gets cooled down to become a solid again. If it cools down fast, namely fast enough that the atoms don’t get time to revert to their preferred arrangement, then yes, glass is formed, although in a very crude form.

Lightning is a terrific and powerful force, folks. It can cause a temperature spike of up to 30,000 degrees Celsius, which is hotter than the surface of the Sun!

Have you ever heard the name fulgurite? It’s the name given to the hollow glass tubes often formed during lightning strikes in certain types of sand, silica, or soil. Sometimes, these tubes are referred to as petrified lightning. Pretty cool name, huh? 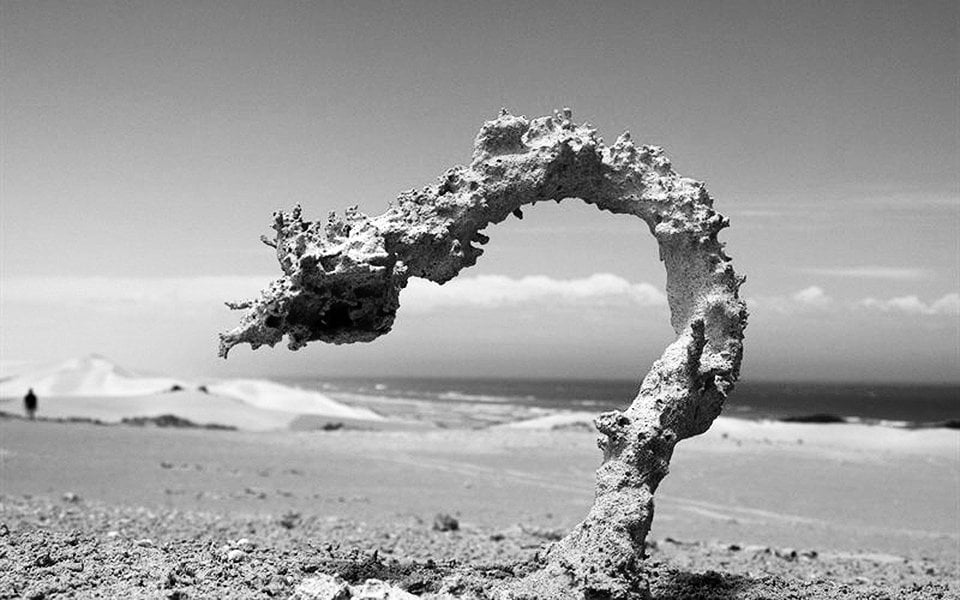 This is what happens when lightning hits the ‘right’ sand

Lightning is not the only source of these strange formations; meteor strikes are also found to cause such formations of glass from sand.

So Can I Make Glass During a Thunderstorm?

Long Answer: You obviously can’t just go about making glass from sand. Firstly, there is only a particular kind of sand that is capable of performing this apparent miracle, not just regular old sand from the beach. Furthermore, although at any particular second, there might be more than 100 lightning strikes happening all over the globe at the same instant, making lightning strike at the right place, on the right kind of sand, at the right time…well… let’s just say that the odds are stacked against you, mate.

So, unless you have some type of super-armor that would protect you from the searing heat of a lightning strike, I would suggest that you stay cozy and warm in your house, and next time you need some new glassware, just go to the store. Don’t try to make your own!