Lightning strikes kill hundreds of people every year around the world. If lightning hits a person, under normal circumstances, it is likely to cause a significant bodily harm and may even be fatal. During a lightning strike, many people believe that remaining indoors will protect them, but is that really so? 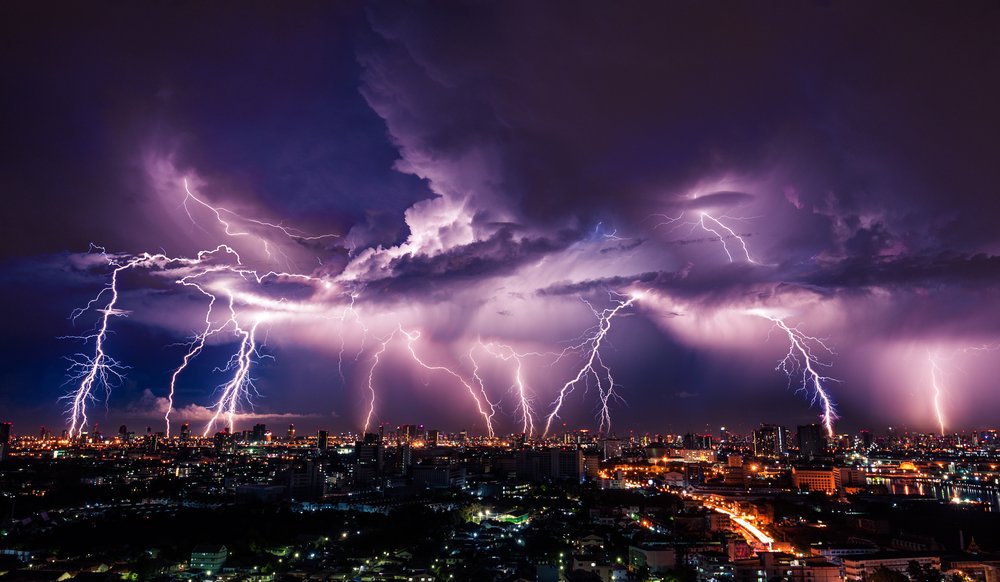 Lighting is one of the strongest forces on the planet. It happens when negatively-charged and positively-charged particles come in contact. Lightning comes in two basic types: one appears to originate from clouds and end on the ground while the other appears to reach towards the clouds from the ground up. A typical lightning strike contains extremely high energy in terms of electricity and heat; in fact, the heat of lightning is said to be 6 times greater than the heat of the sun!

Given how powerful it is, lightning can harm you even when you’re sitting within the safe confines of your house.

Lightning needs a path to travel to Earth. It chooses the path that offers the least resistance, which is why lightning always appears in a zig-zag shape. If lightning happens to strike the telephone line outside your house, it will travel through the line to your phone. And if by any chance, you are in contact with your phone at that particular moment, it is bad news for you. So it is always a better idea to stay off the phones of your house before and during a lightning strike. If you need to make calls, make sure that you do so by using cordless phones or mobile phones which depend on radiowaves for communication.

Other things to take care of

Apart from phones, you should also stay away from plumbing pipes, such as your tap or shower. If lightning strikes your house (or an area close to your house), it can potentially deliver a large electrical charge to the metallic pipes which offer an ideal path for lightning. It can travel directly through the pipes and if there is anyone in contact with those pipes, the outcome could be terrible. You can reduce this threat by installing PVC (polyvinyl chloride), which is often used for indoor plumbing, and prevents the lightning from reaching you. Still, if you’re unsure about your plumbing pipes, particularly during a lightning storm, it’s a better idea to stay away from them.

Last, but not least, if there are lightning strikes in or around your area, switch off all of your electronic devices, including your TV, computer, air conditioner and anything else in the house, as these can also pose a threat.