The key to engineering good acoustics in a soccer stadium is to keep the venue small and intimate, use materials like wood and metal which increase reverberations, and to equip the stadium walls with plenty of reflecting surfaces.

Imagine going to a football match only to find out that the crowd at the stadium is watching the match in dead silence. Where’s the fun in that? If you’d wanted peace, you would be watching the match at home on your television. That’s exactly why stadiums are meant to be loud, to the point where your ears start buzzing after the game! Noise producers like horns, vuvuzelas (a type of African horn), trumpets, and drums add to the collective voice of the fans. 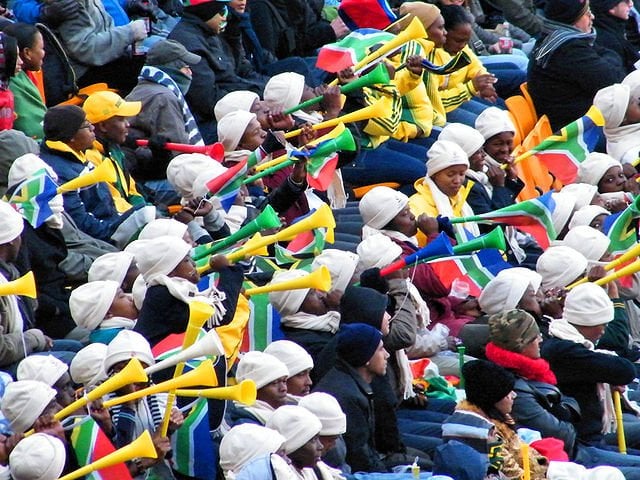 The collective sound that we hear inside the stadium is what we call the ‘atmosphere of the stadium’. A good atmosphere at a sports stadium can make a big difference for both the players on the pitch and the spectators in the stands. However, it’s not easy to engineer the acoustics to get that exciting, magic feeling of the crowd.

The best football stadiums in the world, such as Nou Camp of Barcelona FC, Santiago Bernabeu of Real Madrid, the Allianz Arena of Bayern Munich, and many other stadiums have specifically engineered acoustics to get the most sound and energy out of the crowd. 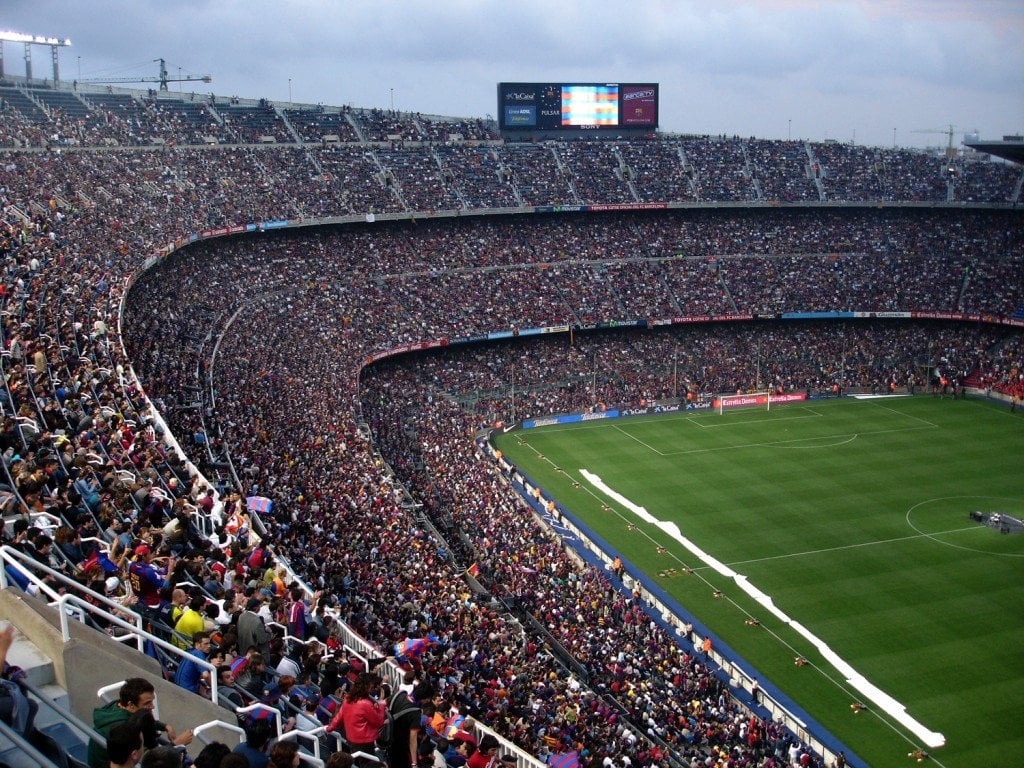 The oval shape of Nou Camp is effective in containing the sound of the crowd. (Image Source: wikimedia.commons.org)

A lively crowd aids in boosting the performance of the home team, along with intimidating the away side.

So how does an architect manage to get the most out of the crowd?

Creating an atmosphere is not only about generating as much noise as possible. The new generation of stadiums now incorporates design features that help boost fan support by trapping and amplifying crowd noise. You’d think that a larger crowd means more noise, and while that’s true to some extent, in order to maximize the decibel levels, it’s important to keep the size of the stadium as small as possible, and to provide reflecting surfaces that can turn the noise back to the crowd. Since sound loses energy as it travels, the key is to keep the venue small and intimate. 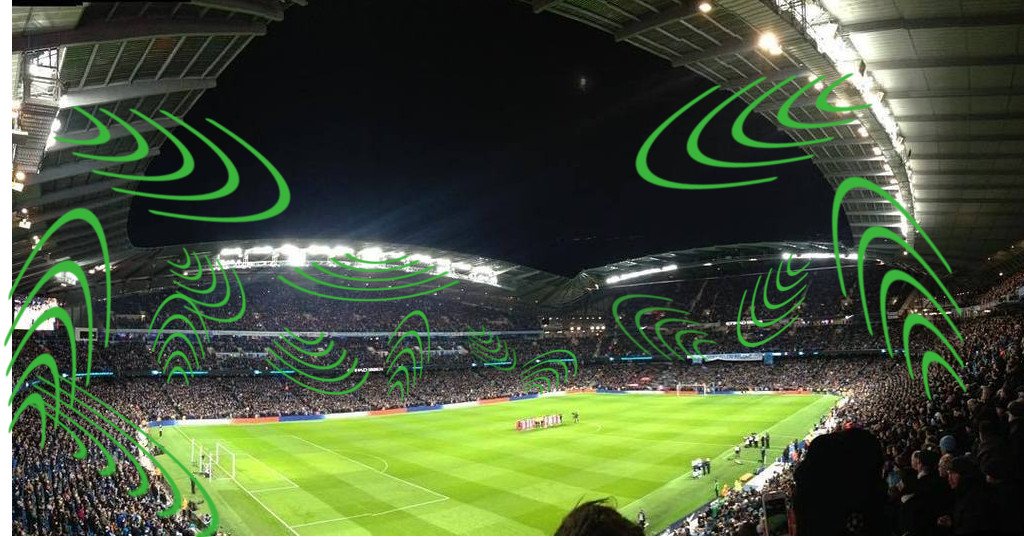 Most European football stadiums have partial roofs, which help to reflect the waves back to the crowd.

Another way of amplifying the sound is by using materials like wood and metal, which increase reverberations, thus increasing the sound of the crowd. The hollowness of the wood helps the sounds reverberate throughout the structure. This enables the crowd at one end to hear their counterparts at the opposite side.

The new Al Bayt stadium being constructed for the 2022 FIFA World Cup in Qatar is designed with acoustics in mind.  It is designed based on a unique tent-inspired model where the noise and chants of the fans are held inside in a highly controlled manner. One focus of the architectural team is specifically on projecting and testing the decibel levels of sound in the stadium so it won’t be too harsh on the people inside the stadium. 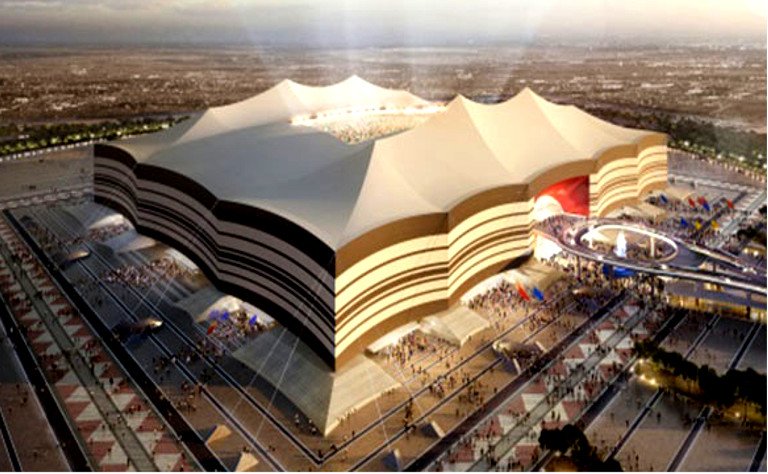 Essentially, the fundamental factor for obtaining an optimum noise level without being overly dependent on the fans is to equip the stadium walls with plenty of reflecting surfaces. These surfaces should be made of materials that provide optimum reflection of sound, along with strength and durability.