The noise of a jet engine is caused by the turbulence of the air as it exits the engine at a high velocity. This turbulence creates pressure waves that are within the audible frequency spectrum, causing a sensation of hearing. Other factors that worsen the effect are the turbulence around the wings, tail edges and landing gear, as well as panel vibrations.

People who live near airports are more susceptible to stress, memory impairment and even heart disease. These ailments are brought on by the overbearing noise pollution that incessantly clobbers their ears. We’re all familiar with the thunderous roar of airplanes that make windows and furniture tremble with fear. The noise is far more disturbing when yelled by a vociferous jet plane. 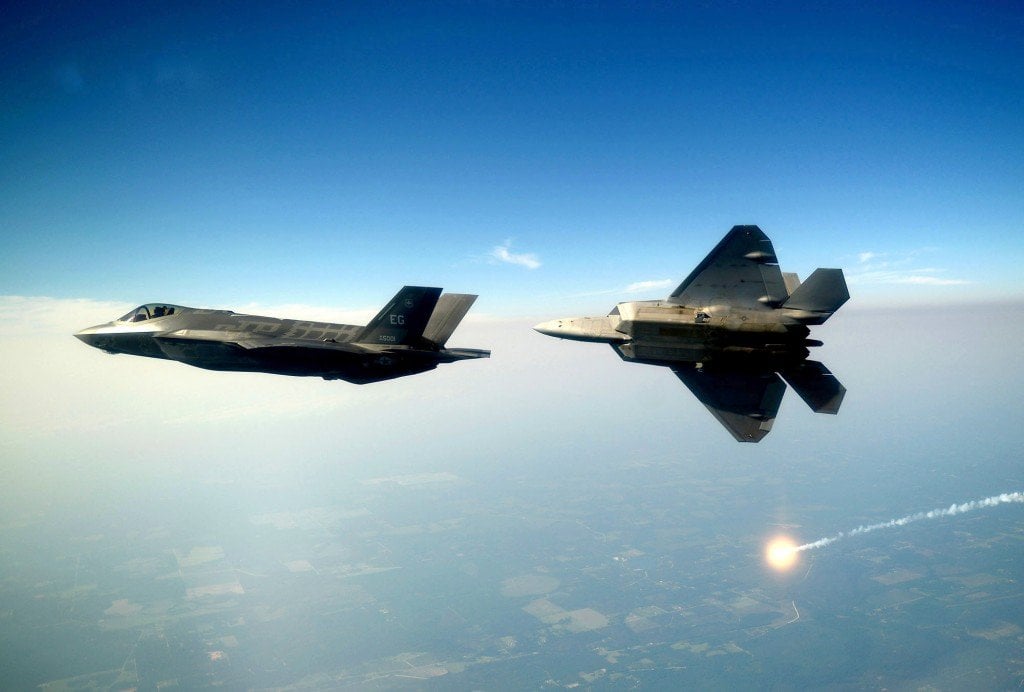 Reminds me of Iron Man.

The sound of a jet is so loud that even when one darts through the uppermost layers of the sky, leaving behind a thick trail of artificial clouds beside natural clouds, the sharp, piercing noise can still be distinctly heard. In fact, at 140 decibels (a unit to measure the intensity of sound), the noise of a jet plane is only 40 decibels away from damaging our hearing tissues and 54 decibels away from the loudest noise possible. But what causes this noise?

To understand what drives this incredible racket, we must first understand what drives the jet itself. A jet’s engine can be broken down into several distinct parts. The first part is the fan, which performs the task of sucking in air. The blades are devised in a way to lure and swallow a huge volume of air inside the engine. The air is then transferred to the compressor, which squeezes the air to make it more inflammable. The compressor, like the fan, is composed of cleverly designed blades that manipulate the air molecules to pack into tighter spaces. A jet’s compressor compresses the air up to 12 times its original pressure!

The inflammable air is passed on to the combustion chamber, where fuel is injected. An electric spark sets the mixture ablaze. The instantly expanded, burning gas needs to find a way out, but it cannot exit through the fan due to the incoming air. The gas instead escapes through a nozzle at the other end of the engine. This force, according to Newton’s third law of motion, generates an equal and opposite force to thrust the jet in the opposite direction. The apparatus is appended by a turbine with blades that are rotated by the gusts of hot gas. The turbine is also fixed to the fan and compressor to keep them spinning.

An enormous, abrupt change in fluid velocity is observed at two instants: when air enters the engine through the fan and when the blazing gas gushes through the nozzle. The flow of gas at such an exorbitant velocity creates a notorious turbulence in the surrounding air, which transmits a glut of pressure waves haphazardly. And what is sound but simply a pressure wave traveling through a medium, such as air?

Also Read: Can Turbulence Cause An Airplane Crash?

For instance, when one rotating blade of the fan passes a volume of air, it compresses it, albeit minutely. However, before completing one revolution and returning to the same point, the air’s pressure is recovered. But as the fan completes a lap, the surrounding air is compressed once again. The cycle of compression and recovery continues as the fan keeps rotating. The fan of a jet’s engine rotates at a whopping 20,000 RPM, so the frequency of these changes is drastically high.

A sound is just a vibration traveling as a pressure wave through a medium, such as air.

Similarly, when the gas at the other end expands exponentially in an instant, the chaotic disturbance or flow turbulence broadcasts pressure waves everywhere. Now, if the frequency of this disturbance is within the audible frequency spectrum, a sensation of hearing is felt. An extremely loud one. Other factors that worsen the effect are the turbulence around the wings, tail edges and landing gear, as well as panel vibrations.

Curtailing The Noise And The Mystery Of Turbulence

To diminish the intensity of this noise, engineers often affix a mixer or hush kit at the end of the engine. A mixer mixes the hot gas with cold air, which flows around the combustion chamber to decrease the temperature of the ignited gas and thus decrease its velocity. This, of course, affects the performance of a jet, but it is the compromise that engineers must accept.

Another way to decrease the whining is to use longer nozzles, such that the turbulence of the expanded gas is more controlled. Again, consequently, the jet’s velocity is decreased, but the reduction in intensity is around 15 decibels. This might sound like a paltry change, but since the decibel scale is logarithmic, the reduction is actually immense. The conclusion is that the slower the jet, the quieter it is.

It is the turbulence caused by the high-velocity air exiting the nozzle and ramming into the low-velocity air outside that is responsible for the production of such powerful sound waves. Physicists explain the loud noise as the “amplification of turbulence fluctuations”. As for what explains turbulence itself, we are still mystified. The chaotic nature of turbulence has perplexed physicists since antiquity. However, since the air violently flooding a jet engine produces strikingly ordered acoustic fields, studying these engines does present an opportunity to study turbulence itself.

The chaotic nature of turbulence has perplexed physicists since antiquity.

However, progress hasn’t been substantial. The purpose of its fickle nature still eludes us. The plight of a physicist studying turbulence was perfectly described by Nobel laureate Werner Heisenberg when he comically said: “When I meet God, I am going to ask him two questions: Why relativity? And why turbulence? I really believe he will have an answer for the first.”