Home
Humans
What Are Dimples Of Venus?

The Dimples of Venus mark the two sacroilial joints of the back, which rest just above the crack of the butt, more formally known as the “gluteal cleft”. These dimples are more commonly seen in women, likely due to the natural difference in body fat to muscle ratio in women, but some men also have these small depressions in their lower back.

Everyone’s body is completely unique, just like everyone’s personality, but there are obviously some physical traits that tie us all together. If you are born healthy and fully developed, you’ll have two arms and two legs, two ears, ten fingers and toes, and the other assortment of normal body parts that we associate with the human form. Yes, you read that right, a person can definitely have dimples on their lower back, and they even have a special name—the Dimples of Venus.

What Are Dimples of Venus?

Throughout the past few thousand years, standards of beauty have changed and evolved in countless ways, but there are some undeniable trends that have been around since time immemorial. At least since the time of the Romans, small indentations on the lower back have been seen as a sign of beauty and desirability. Named after the Roman goddess of love, Venus, these dimples have long been sought after, but they aren’t something that can simply be added to your physique!

The Dimples of Venus mark the two sacroilial joints of the back, which rest just above the crack of the butt, more formally known as the “gluteal cleft”. These symmetrical indentations are where the sacrum of the spine attaches to the ilium of the pelvis bone, and depending on your underlying muscle structure, and genetic code, you may have these small back dimples. If you have these dimples of Venus, there is a good chance that others in your family will too! These dimples are more commonly seen in women, likely due to the natural difference in body fat to muscle ratio in women, but some men also have these small depressions in their lower back. Called Apollo holes in men, they are commonly seen in men who are quite physically fit, as the presence of excess fat on the lower back can obscure them from sight. That being said, even in heavier individuals, the underlying muscle structure and body fat ratio may still form a small indentation.

There has been no formal research showing that the dimples of Venus have any negative health effects, although they are very close to the place where many people experience lower back pain—where the spine joins the pelvis. If the joint begins to degenerate, there can be nerve pain localized directly in the dimple, so it may seem like they are “linked” to the pain, but they’re more of a marker for where pain could be.

While the dimples of Venus may have the most memorable name and attractive placement, the phenomenon of skin dimples isn’t relegated to the lower back. Dimples may also form in the chin, the cheeks, the knees and elbows, shins and many other parts of the body. In many cases, less common dimples can be a sign of a genetic deficiency or disease, but in the case of the dimples of Venus, they are superficial, and represent no inherent danger.

Dimples of Venus and Romance

Although there has been limited formal research done on these dimples, there are many who believe that having them can increase one’s sexual enjoyment and ability to climax. This is loosely tied to the fact that there is a venous channel passing directly through these joints, and some believe that manipulating these dimples can increase circulation to the pelvis.

Unfortunately, for those who have always looked at the dimples of others with envy, there is no way to develop them, either through working out or losing weight. They are a genetic predisposition, so you either have them or you don’t. If you are someone with the gene for these dimples, it’s possible to accentuate them or increase their definition by toning your back and eliminating excess fat in your midsection. Some people even go so far as to get transdermal piercings in these dimples to draw even more attention. However you choose to show off these blessings from Venus, consider yourself lucky!

The short URL of the present article is: http://sciabc.us/Fh3PM
Help us make this article better
Prev Article Next Article
About the Author: 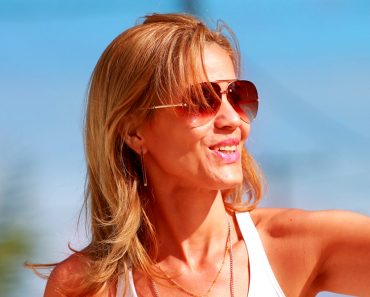