The force of gravity obeys the inverse-square law: its strength between two bodies decreases with an increase in the square of the distance between. Therefore, the decline in strength is one hundred-fold for a ten-fold increase in distance. The Sun, which accounts for 99.8% of the mass of the entire Solar System, however, is so massive that despite being almost 150 million kilometers away from Earth, it still pulls the moon, which is just 384,000 km away from Earth, with roughly twice as much gravitational force as Earth inflicts on our nearest celestial neighbor.

If this is the case, why hasn’t the Sun stolen the moon from us? Why doesn’t the moon revolve around the Sun instead of Earth?

The notion that Earth’s moon, and for that matter, every planet’s moons, simply chose not to orbit the Sun is obviously incorrect. It assumes that billions of years ago, the moons were presented with a binary choice, which is untrue. Of course, the moon does orbit the Sun, while simultaneously orbiting its home planet. The entire planet-moon system orbits the Sun. They are perpetually falling towards it together at the same rate.

At the same rate: this is the core of the argument. Someone on a forum I found answered this query beautifully. The submitted answer asked the reader to imagine two skydivers jumping from an aircraft towards the Earth’s surface at the same time. Neglecting air resistance, we know that the Earth pulls both the skydivers at the same rate: neither of the two falls any faster, the acceleration by gravity doesn’t discriminate on the basis of mass. The only mass on which it depends is the mass of the object towards which the bodies are falling.

Therefore, ours and all of Jupiter or Saturn’s sixty moons, orbit or are falling towards the Sun at the same rate as their corresponding planets. There is no reason why the skydivers would separate while they fall, unless, of course, they are acted upon by an external force, perhaps a third skydiver crashing into one of them. 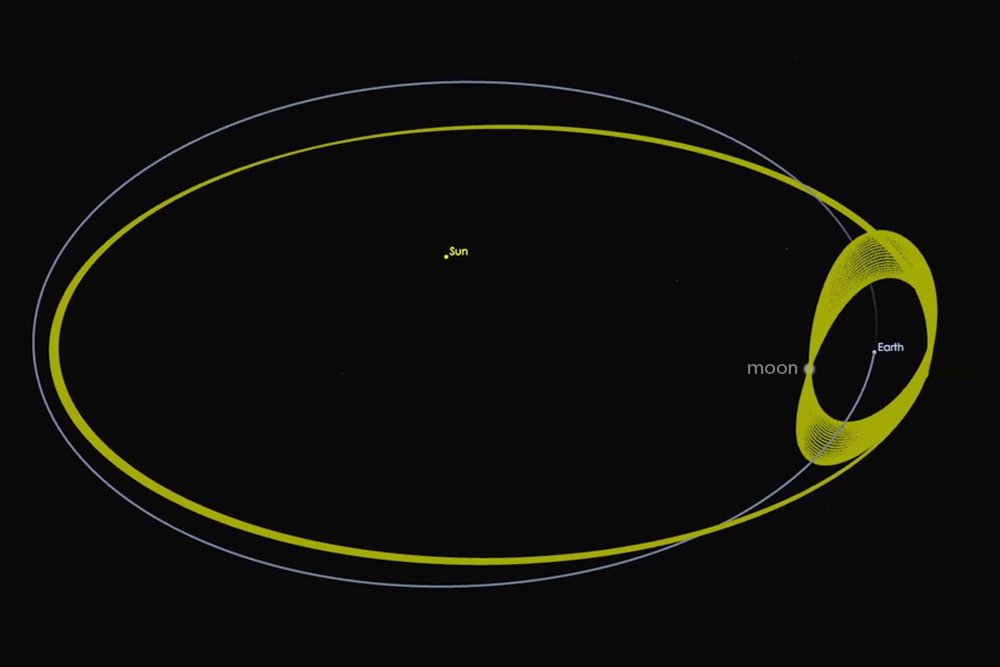 Granted, the above paragraphs don’t explain why the moon orbits the Earth, but the above explanation was included to make people realize that the moon does revolve around the Sun; in the question “Why does it revolve around the Earth instead of the Sun?”, the word “instead” reflects a dangerous misunderstanding of planetary systems.

To understand why the moon hasn’t escaped Earth’s grasp and crashed into the Sun, we only need to jump inside a well.

A small object traveling around a massive object behaves as though it is falling into a well or valley: the deeper it is, the steeper the slope, the faster it descends, and the harder it is to climb and escape. The Sun draws a well around itself that is so enormous that helplessly fall into it not only supermassive planets like Jupiter and Saturn, but also the Oort Clouds, which lie 186 billion miles away.

However, the planets are also quite massive and draw considerably large wells around themselves too, albeit not as massive as the Sun. The moon orbits the Earth for the simple reason that it is stuck in the planet’s well. A “well-within-a-well” system is described by Hill spheres. In such a system, an object will revolve around another object or stay in its well, despite the presence of a more massive or steeper well. That being said, the moon hasn’t descended too deep into Earth’s clutches. 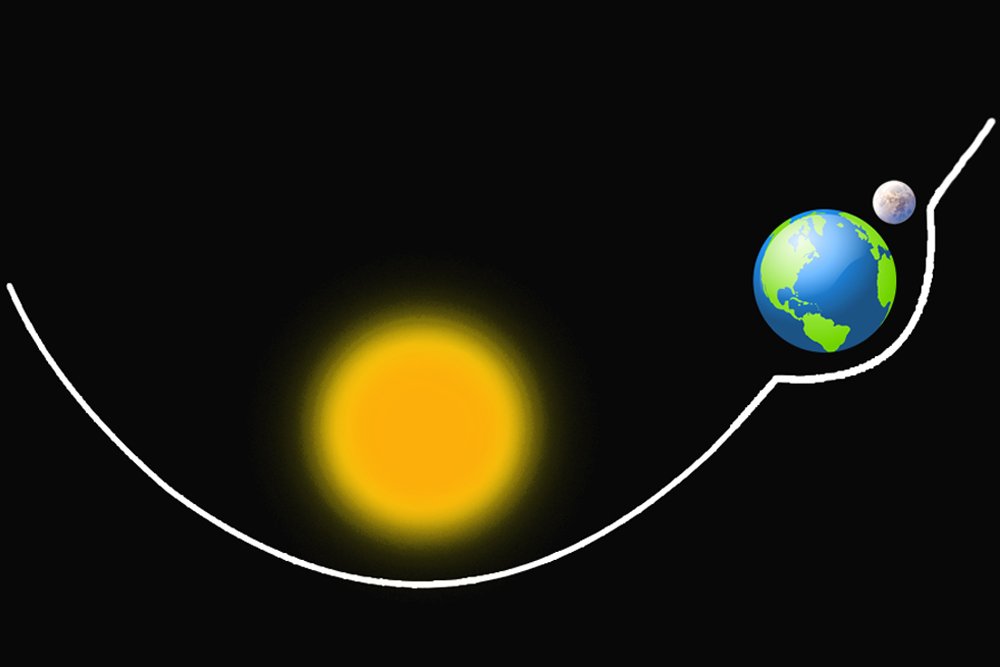 It seems that the moon is revolving just below the well’s rim. A difference of 0.2 km/s is marginal, terribly close, in fact, but it is enough to prevent the Sun from stealing it.