Submarines are painted black primarily because the color creates an effective camouflage against enemy submarines, ships and aircraft. Black submarines are very difficult to spot in the vastness of an ocean, especially at night.

At the start of the first World War, the Allied forces, especially Britain and France, were harassed by a new, all-powerful weapon in naval warfare—the German U-boats, or submarines. These sneaky machines remained submerged underwater and attacked multiple ships of the enemy fleet with ease. 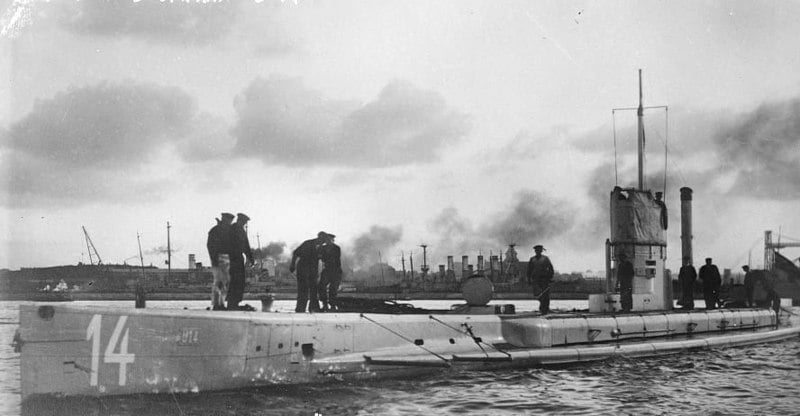 When submarines were first used as a weapon of naval warfare in the late 19th century, no one had any idea how to deal with the new threat.

In fact, there was a thing called ‘unrestricted submarine warfare’ during the first World War, which signified a type of naval warfare in which submarines could attack and sink enemy vessels and even merchant ships without warning.

Suffice to say that submarines enjoyed an unfair advantage for a very long time.

That was the case because the biggest strength of a submarine was that it could submerge and remain submerged underwater for long periods of time, thereby making it impossible for enemy vessels and battleships to attack them.

However, even if a submarine ‘surfaces’, i.e., comes out in the ‘open’ to the surface of the water, you may not be able to see it from a distance, especially if the sun has set!

This has a lot to do with how submarines are usually painted.

Why are submarines painted black or grey?

Submarines are usually painted shades of black (yes, there is more than one) for one primary reason—camouflage. 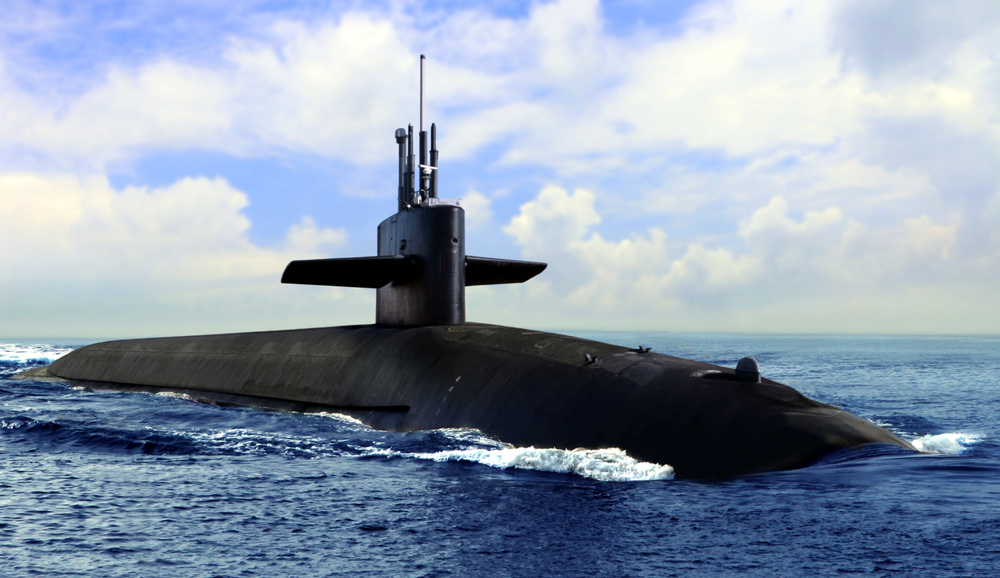 When you’re on the deck of a battleship or any regular vessel, it’s easy to spot and locate an object on the surface; powerful binoculars and scopes will let you spot objects as far as 50 miles away or more. In addition to that, all modern battleships and destroyers have radar and sonar capabilities that can spot distant ships.

However, things are not so straightforward when you’re in a giant metal tube submerged a few hundred feet underwater.

Submarines have only one way to see other submerged objects

Submarines have only one way to see or locate other submerged objects—Sound Navigation And Ranging (SONAR). They constantly emit sound waves as they navigate underwater. When these sound waves strike another submerged object (such as an enemy submarine) they bounce off them. The ‘host’ submarine then reads these bounced-back signals and makes an educated guess about the location of the enemy sub. 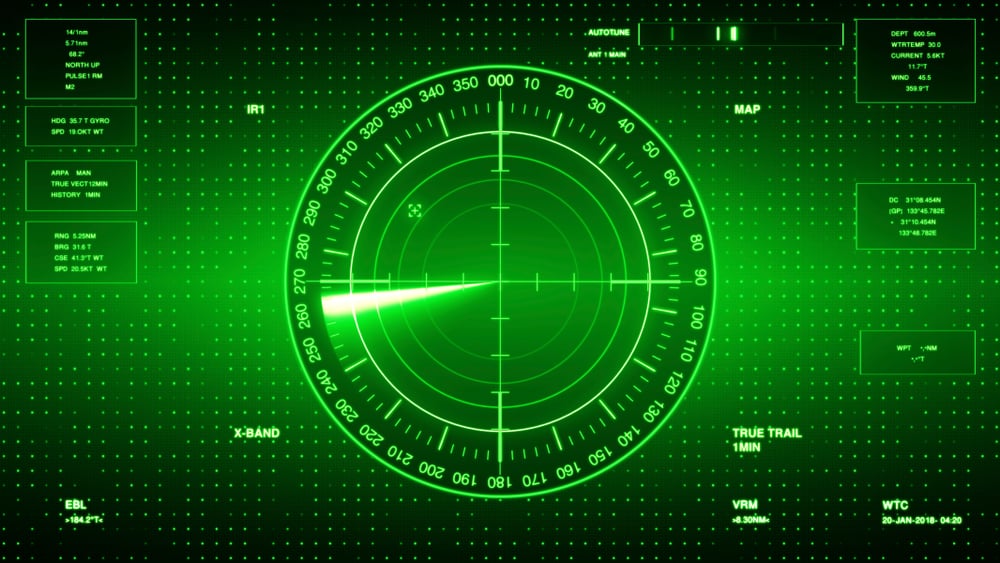 An artist’s impression of a sonar screen. The dots on the screen depict the location of other objects in the vicinity of the ‘host’ submarine. (Photo Credit : dani3315/Shutterstock)

Although there are other technologies (such as GPS) that supplement this process, SONAR is by far the most reliable, and therefore the most commonly used tech used to see and track other submerged objects from within a submarine.

What makes a submarine such a formidable weapon of naval warfare is that it can attack and then disappear beneath the waves, away from probing eyes, torpedoes and the missiles of enemy vessels.

Since subs are designed to operate underwater, they do not have enough firepower to defend against surface attacks. That’s why it’s very important for them to remain as invisible as possible when they do surface, or even when they cruise just below the surface of the water.

This is the biggest reason why submarines are painted grey or some shade of black, in order to blend in with their surroundings. This is also why submarines usually prefer surfacing at night, so that they can’t be easily spotted.

Black is NOT the only color for submarines

Although black or grey are the most commonly used colors to paint submarines all over the world, there are some countries that paint their submarines in different colors for other reasons.

For instance, this is a North Korean submarine, painted in a shade of green: 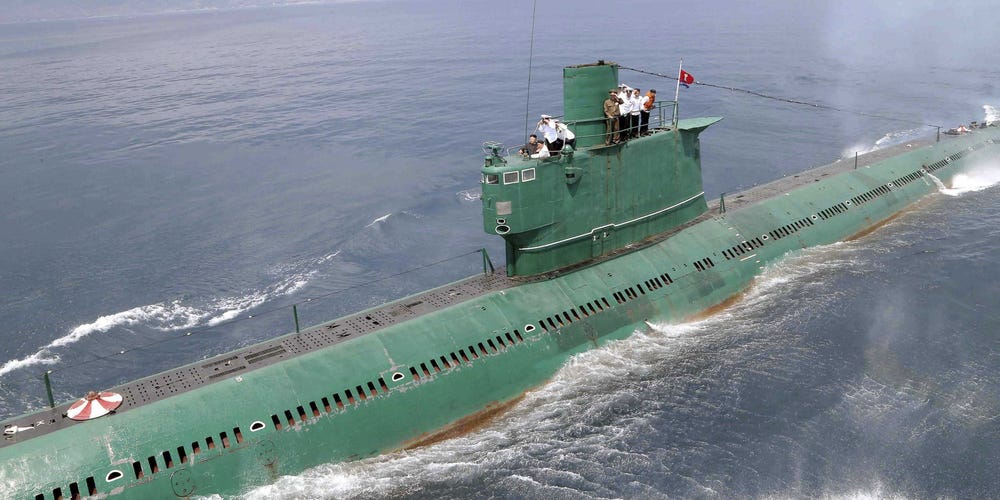 Similarly, certain submarines of some other countries, such as Iran and Israel, are also painted green, as they mostly function in clear, shallow and coastal waters. In such contexts, the green color blends in well.

Also, note that not all submarines are used for military operations. Subs may also be used for deep-sea exploration and search and rescue missions. In these scenarios, camouflage is not a priority, so you may see submarines of different colors.

If you plan to manufacture a submarine and use it to do reconnaissance missions and/or attack enemy vessels in the open ocean, you should consider painting your sub black, as that’s just an added layer of security for the submarine, apart from its obvious strength of submerging at will!