Some objects are black because they are made of a substance that absorbs all colors of the visible light spectrum. This means that the object reflects no light, making it appear black.

If there is one word to describe Van Gogh’s use of black in his Wheatfield with Crows, it is but haunting. The interminable trail of pitch black crows flying above the copious wheat field can be seen emerging from the dark-blue horizon, as if the tides of a turbulent sea reflecting the clouds of the storm above it, splintered, came to life and fled away. It was the last work of art Van Gogh painted before his death, and it quite fittingly limned his doom.

The impression of colors has always been visceral first and intellectual second. It has long dominated our perceptions of what is admirable and what is repulsive. While white was long associated with nobility and royalty, black was particularly associated with the devil, sin and death. However, a more suitable notion to describe black is secrecy. Black conceals, literally.

Why are objects black?

Newton and Goethe were the first to study colors scientifically. The former’s antics with a prism showed that white light is made up of seven colors. It is the absorption and reflection of these constituents that give objects their color.

Light, an electromagnetic wave, is a cluster of wavelengths. However, our eyes are only sensitive to one part of this cluster, the range of wavelengths that we can see, known as the visible range. The visible range itself is a set of tightly cluttered wavelengths, and despite being non-contiguous, they can be crudely divided into the seven colors that Newton observed.

The statement that objects absorb and reflect these constituent wavelengths means that objects of a certain color, say a red-colored shirt, radiate that particular color because, due to some electromagnetic phenomenon, the atoms and molecules of the dye reflect the wavelength associated only with red and absorb the remaining wavelengths associated with colors other than red. Think about it like throwing 7 different colored balls at a wall such that the color of the wall is determined by the ball that the wall reflects. But what does this say about black and white? 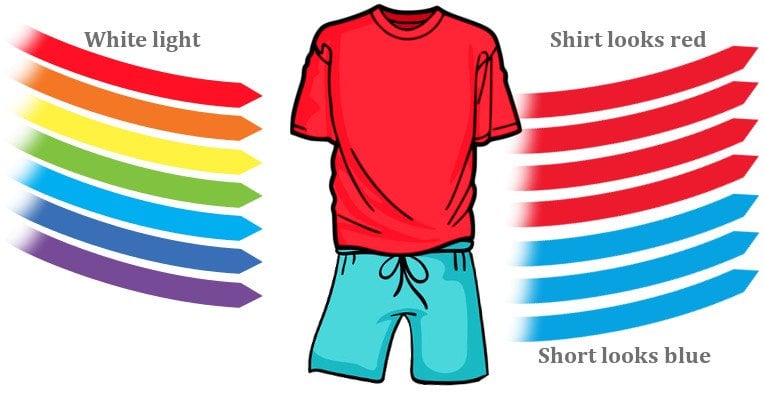 Where white is the reflection of all colors together, black is the complete opposite – complete absorption. So, black isn’t just an absence of light but, as Goethe showed, a carefully contrived mixture of pigments. The absorption of light energy in this way usually renders it to be manifested as heat. This is why black shirts are frowned upon in the summertime, as they are excellent thermal collectors.

However, while the plethora of brighter hues can be attributed to the reflection and intertwining of multiple wavelengths, what about the different shades of black?

The difference between matt and gloss

While culturally, the notion of black has vacillated between depicting horror and suavity, my favorite has always been its impression on white paper. The high contrast between black and white rendered black to be the most favorable ink to write and read. Still, the black of a gel pen isn’t like the black of a panther. Unlike the depth of matte black, it gleams, like an 8-ball on a green carpet. 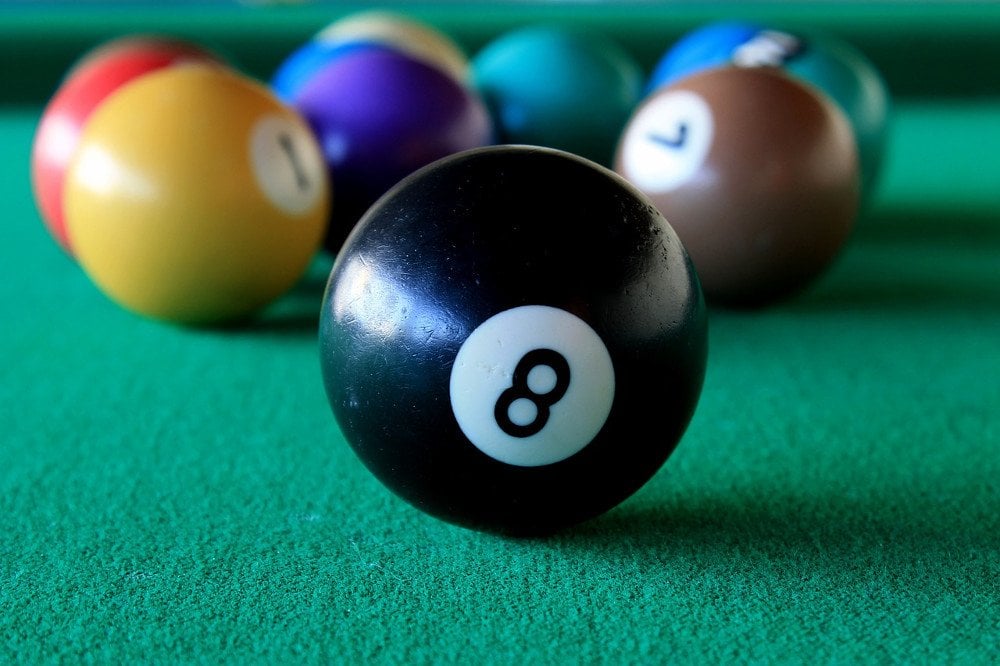 In fact, the origin of the word “black” can be traced to a Proto-Indo-European word bhleg which means ‘to shine’. However, if black represents the absorption of all wavelengths, why does it still shine as though it somehow manages to reflect? This peculiarity comes down to two factors: the amount of incident light and the surface of the reflecting object itself.

In the absence of sufficient light, even red can be perceived as black. Furthermore, the difference between matte and gloss black can be traced to the ratio of absorption and reflection of incident light. This ratio is gravely influenced by the surface of the object. Only ideally black objects can absorb every speck of incident light and reflect absolutely nothing. An example of this is a black hole, whose stark attraction even light cannot escape. Practically speaking, minute surface irregularities always allow some light to reflect and escape.

Black holes are the blackest things in the Universe. (Image Source: Wikipedia.org)

For instance, rough or irregular surfaces pave the way for diffuse reflection, where the reflected light scatters haphazardly in every direction. The divergent nature of this reflected light causes the object to appear darker, more matte. On the other hand, smooth surfaces reflect light in a narrow, concentrated manner. This causes the appearance of bright or glossy spots on a material. This reflection is called specular reflection. Black objects illustrating specular reflection are more common than objects illustrating diffuse reflection. 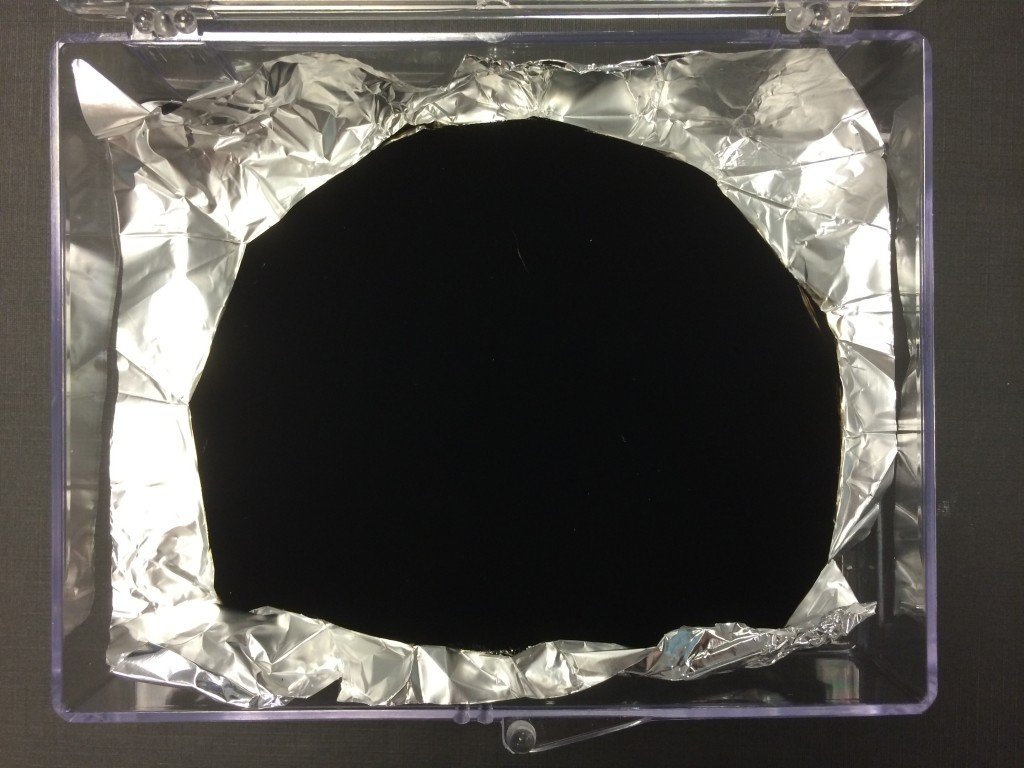 Vantablack is the blackest material we have ever seen. (Photo Credit: Surrey NanoSystems / Wikimedia Commons)

In 2014, the world went bonkers when a UK nanotech company developed the blackest material ever known to us. Known as Vantablack, the substance is made up of carbon nanotubes closely aligned on their ends. The material is so dark that on a white background, it appears to be a wormhole to some remote corner of deep, outer space. The material is known to reflect only 0.045% of incident light! Yet, of course, it still isn’t darker than Edgar Allan Poe’s Black Cat.