In the dark, every color appears to be some shade between black and white, depending on the level of light being reflected off its surface.

If you keep a ripe orange in one corner of your room that gets variable amounts of light as the day passes, you will see different intensities of the color orange on the piece of fruit. Perhaps the difference isn’t too evident for you, since you won’t be staring at the orange all day, but another exercise you can try is holding an orange in front of a bright torch. Believe it or not, but it will turn a bright flaming red!

Put that same orange under a purple light and it will appear scarlet, but under blue light, it will appear brown. Has your orange turned into a chameleon? No, of course not, but why is it changing color? The orange will change color in all these situations because, as vision scientists put it, color is not a property of an object. Color exists in our head! 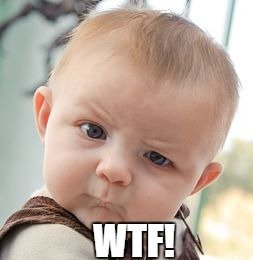 In vision science jargon, color is a psychological phenomenon, not a physical one. For example, the biggest illusion constructed by nature is the sky. As many of us know, the sky is not blue, nor any other color. It only appears that way due to the refraction of sunlight through particles of the atmosphere. However, if the blue sky isn’t blue, then how can you be sure that the orange in your hand is orange? Some exasperated readers will surely argue, ‘But it clearly looks orange!’

Let’s first try to understand what makes the orange in your hand appear to be “orange”. To begin with, how is anything visible to you? Light or a unit of light (photon) bounces off the surface of objects and strikes your eye. This light, which now has information about the object’s surface, is absorbed through your pupil and falls on the retina, the portion of the eyeball with a collection of specialized cells that are stimulated/excited by light. These cells will convey the message to the region of your brain (occipital lobe) that processes visual information. The output of that process is the image of the outside world in your head.

What Is An AI Camera? What Makes It So Powerful?

How Do We See Color? 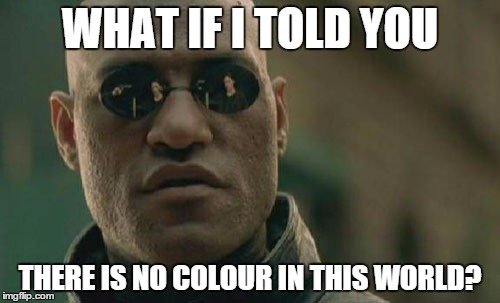 Understanding how we experience color has two important points: how physical light differs and how humans perceive that difference. The smallest unit of light, a photon, is a tiny packet of electromagnetic energy. This tiny particle has a property called its wavelength, which is measured in units of distance and ranges from very small to very large. The visual system of humans is designed to see only a small band within this wide range, stretching from about 400 – 700 nanometers (1nm = 10 -9 meters). That narrow range explains why humans cannot see X-rays and radio waves, since they fall outside the 400-700 nanometer range.

Colored light has many photons of different wavelengths, and when they are perceived by the human eye, they are expressed as color. For illustration purpose, an object that looks “red” to us may refract light that comprises a collection of X, Y and Z photons, but has greater quantities of X rather than Y or Z, which leads us to interpret it as the color red. 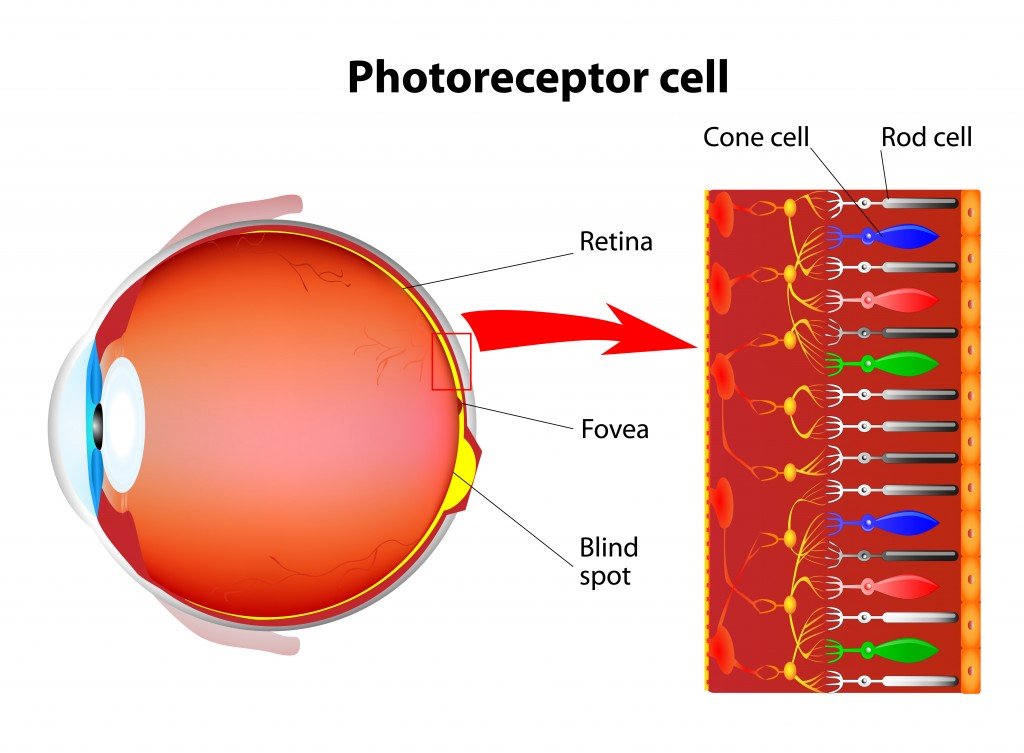 As mentioned before, the retina contains a collection of cells, and one of these cell varieties is photoreceptors (retinal cells that directly receive light). There are two types of photoreceptors: rods and cones. Cone cells help us experience our world in color. The actual process is quite different, but simply put, the cones register information regarding differences in wavelengths coming in from the environment and then send these codes to our brain for interpretation. However, cones require bright light to become excited. In the dark or under low levels of illumination, our cones do not get excited and do not provide color information. 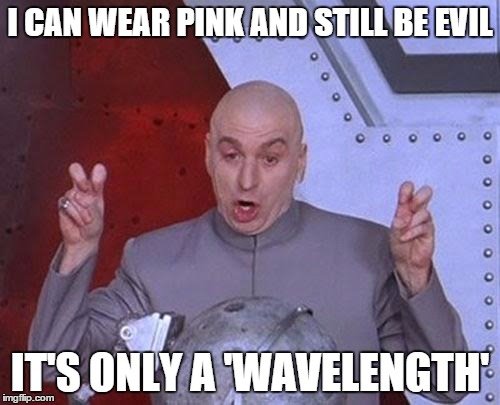 Orange in a Dark Room

Now that we know what allows to us see color, we can try to answer some questions based on our knowledge of the visual system. What color do trees appear under moonlight (very low illumination)? Can you see the green leaves and the brown bark, or just shapes that look like a tree in lighter and darker tones of grey? At night, only the rods in the retina are providing you with information from the environment. Similar logic applies to our original orange kept in a dark room question.

In the dark, every color appears to be some shade between black and white, depending on the level of light being reflected off its surface.

My advice is, next time you find yourself with an orange in a dark room…stop worrying about what color it is and just eat it!