It is no secret that the pain during childbirth is considered to be excruciating, or in the very least, extremely painful. Yet, there are women who go in for a second, third and even fourth child; possibly more. Does this therefore mean that women have a higher pain bearing capacity? Or is it that men are more resilient to pain since they are overall considered stronger?

Pain is a very subjective topic. Two people who report feeling the same amount of pain could actually have been subjected to varying degrees of it. Conversely, two people subjected to the same amount of pain could report different levels of pain due to a difference in their pain tolerance. This is the biggest hindrance to studies related to pain tolerance. There is no way for researchers to determine the exact amount of pain being felt by the subject apart from the subject’s own word. This is clearly visible in the differences observed in various studies. Therefore, none of the results obtained can be deemed absolutely accurate until researchers find a way to eliminate this unreliability. However, based on the general patterns observed, studies can give us a rough idea, and we always have theories and hypothesis to plug in the holes. Are women more sensitive to pain?

Pain threshold is the minimum amount of pain that will be considered uncomfortable or painful by a person, while pain tolerance is the amount of time a person can bear a continuous level of pain. A number of studies have shown that women have a lower pain threshold as compared to men. This can also be inferred as women being more sensitive than men. However, there is conflicting evidence about the difference between the pain tolerance levels between men and women. Some studies show that women have lower tolerance levels, while some conclude that men have lower pain tolerance levels. Albeit, currently, most evidence seems to point to the former

In terms of chronic pain, women are more immune to remembering past pain. A study showed that men retained better memory of past pain. Men and women were both exposed to first a low degree of pain, and then a higher degree of pain. The next day when men were exposed to the same low degree of pain, they reported it as being more painful than the previous day. This was because they anticipated it to be followed by the more painful event. Women did not remember the previous day’s pain so clearly, and therefore were not affected by it.

Even clinically, women tend to report pain afflicted diseases and disorders like migraines, rheumatoid arthritis, headaches etc. more often than men. In lieu of the studies conducted, it can be safely said at this stage that women are more sensitive to pain. They are also better able to distinguish varying degrees of pain. However, most researches find that this difference in the pain sensitivity and tolerance ability is not very high and can be attributed to a number of factors Women tend to have a lower pain threshold than men (Photo Credit : Brian A Jackson / Shutterstock)

One of the factors which probably affects the sensitivity towards pain are the reproductive hormones. Oestrogen is known to diminish pain sensitivity in women. Therefore, women may exhibit varying levels of pain sensitivity during different periods in their menstrual cycle. The level of oestrogen increases during childbirth, which is probably why women can bear the pain. Some studies have shown though, that having gone through childbirth, women develop a higher tolerance for pain, especially if they did it without the aid of painkillers. Some studies also show that testosterone makes a person less susceptible to pain. However, these studies are rather limited and require more in-depth interrogation.

Sex hormones may also desensitize or increase sensitivity to certain kinds of pain like thermal, electrical, etc. However, due to limited number of studies and the methods used, this cannot be corroborated satisfactorily.

Most researchers and scientists agree that these biological differences do not cause as much difference as the sociological and psychological factors do. The typical stereotype of males requires them to be stronger as compared to their female counterparts. This leads to a definite effect on their pain bearing ability. A number of studies showed that when men were exposed to the same degree of pain, they rated it as less painful when asked by a female researcher, as compared to when asked by a male researcher. Brain MRI’s have shown that it is very hard to differentiate psychological pain from physical pain by looking at the brain activity. The part of the brain that reacts to pain, reacts to both types in the same way. This further complicates matter in terms of research experiments. This means that due to social, cultural or any other reason, a person can convince themselves of the reduced or increased intensity of pain.

While biological factors may affect sensitivity to pain in the two sexes, it is rather likely that other social, cultural and psychological factors play a greater role in this difference.

The short URL of the present article is: http://sciabc.us/tFHU1
Help us make this article better
Prev Article Next Article
About the Author: 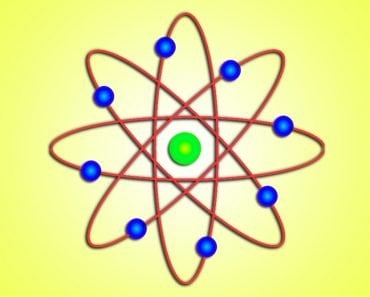