Evolution is a rather wondrous thing, and its brilliant versatility and creativity is visible all around us in the natural world. We also see the effects of natural selection in our species and our closest relatives. It is widely agreed upon that the development of the opposable thumb was an incredible leap forward in the evolution of mammals, and that the dexterity of fingers is what separates great apes and humans from so many other species. 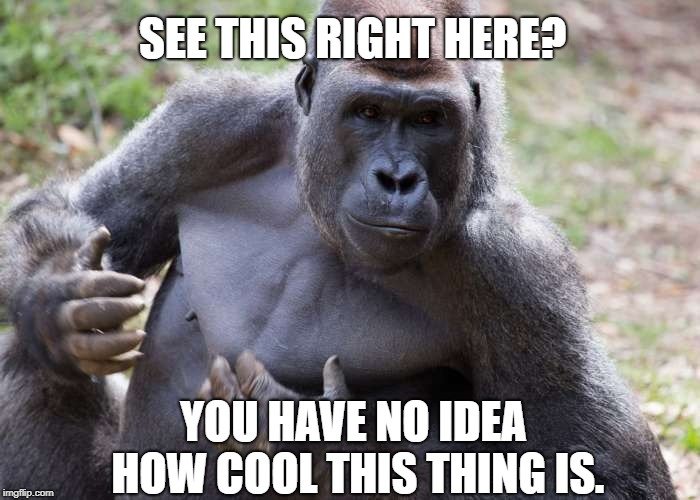 However, if our hands are so important, particularly our fingers, many people wonder why there are such sensitive and potentially painful areas directly beneath our nails. If you have ever accidentally stuck yourself with a pencil, or torn off a nail, you will know the uniquely excruciating pain that can occur when something touches the skin beneath your finger or toenails. The question is, why is that particular part of our body so much more sensitive than other parts of the body?

To answer that, we need to take a closer look at the anatomy of the fingers and the physiological factors involved in this part of the body. 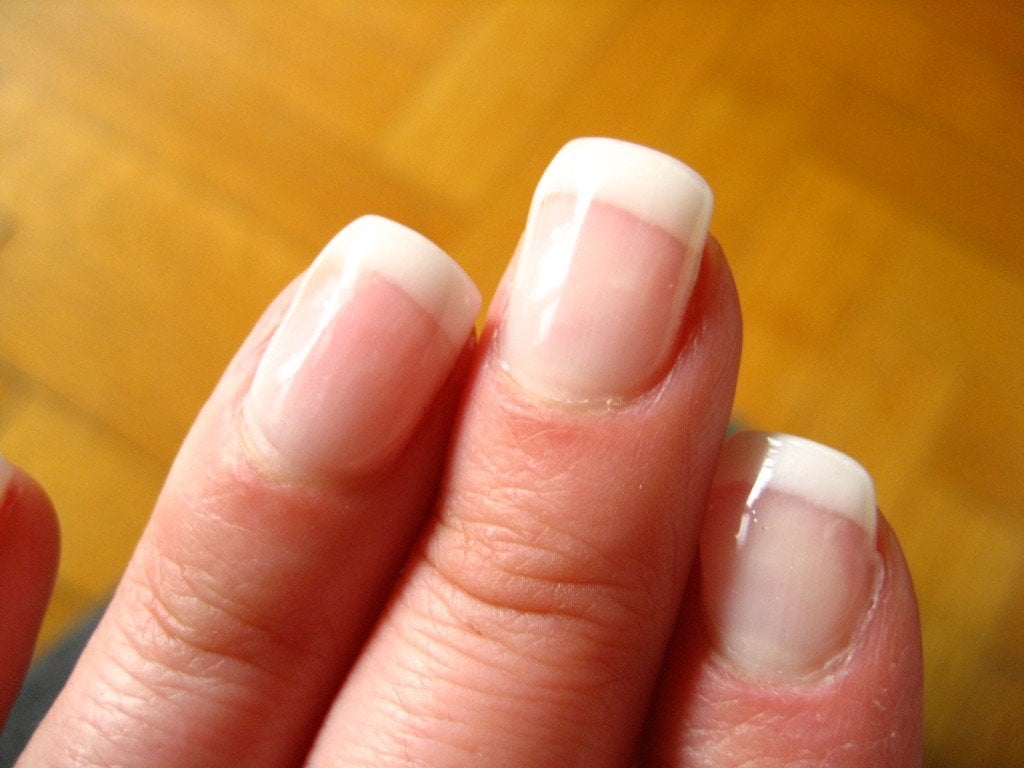 Why Do Human Fingers Have Nails?

One of the reasons that humans were able to develop into such dextrous and talented creatures, and able to perform fine motor movements like operating on a human brain or performing sleight of hand close-up magic, was the development of our hands, which are some of the most flexible and highly adapted parts of the body, with three major nerves controlling all muscle activity, and 27 different bones. This composition allows virtuosic piano players to wow the world, writers like myself to type 120 words per minute, and brilliant painters to apply nuance and beauty to a photorealistic portrait. 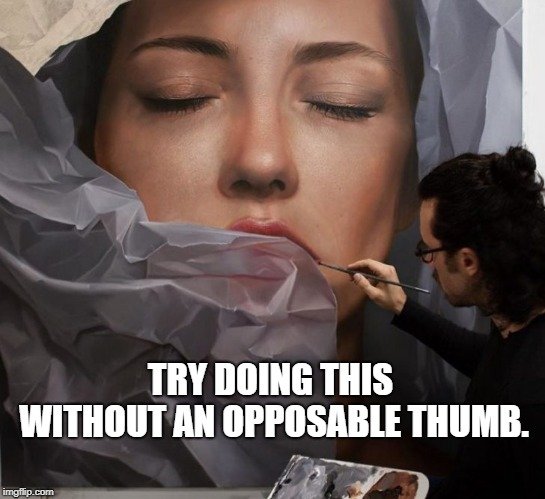 As mentioned above, there are three main nerves in the hand—the median, ulnar and radial nerves—but each of those nerves is just a main highway, from which there are thousands of branches and smaller divisions, providing the incredible sensitivity present in our hands and fingertips. There are large nerve terminals located along and off the main nerve, each of which may have hundreds of different nerve endings emanating from them. In fact, the human fingertip has the greatest density of nerve endings anywhere in the body, approximately 2,500 per square centimeter! Some of those nerve cell receptors are also highly specialized, increasing their sensitivity even further. Hands and fingers are out primary tools to explore our sense of touch, so it makes sense that such sensitivity and complexity would develop there.

Now, the fingertips may be the densest region of nerve endings, but there is another key structure on the finger that have helped primates and humans for millions of years—fingernails. Nails are essentially flattened forms of claws, which is what most other mammals possess. Claws were extremely useful for other mammals, for defensive purposes and for locomotion, particularly climbing up trees. However, as primates began to adapt and change, their needs similarly shifted. 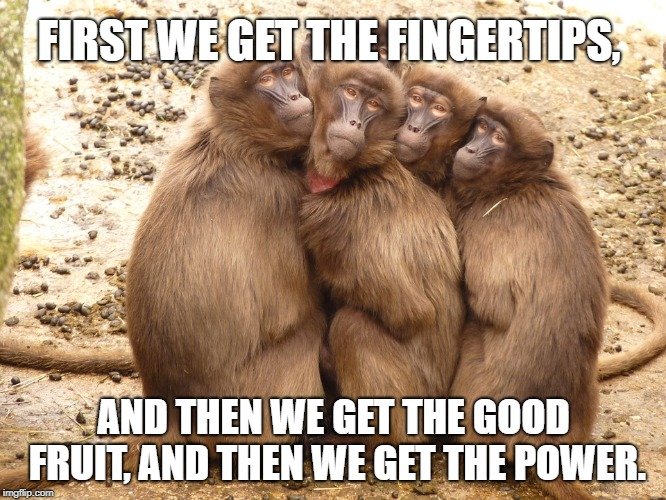 Making your way along thinner branches and grasping fruits, nuts and flowers required digits that could grip, and as the ends of the fingers flattened into fingertips, the claws similarly flattened into nails. The interesting thing, however, is that researchers are still uncertain of whether nails adapted to the flattening of the fingers in order to support the structure, or whether they are simply a leftover of claws as they shrank and receded.

Why Is The Skin Under The Fingernails Sensitive To Touch And Pain?

As parts of the body become more specialized—and the fingers are certainly that—more nerve endings are required to increase functionality and sensitivity. The fingers and fingertips are also critically important to survival, so having a fingernail to protect the tip of the finger is a logical adaptation.

When you combine those two aspects, however, the problem with the skin beneath the fingernail becomes more clear. The nerve below the nail are rarely exposed to the outer environment. It spends 99% of its existence covered by the nail and protected from outside forces. For this reason, the nerves are essentially “raw”. They haven’t received the constant stimuli of the outside world, like the pads of our fingers. Therefore, when something does come into contact with the nerve endings on that unprotected skin, it can be extremely shocking for the body. 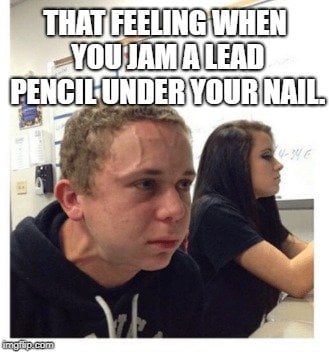 Our fingertips may seem rather exposed, but in truth, they build up callouses from constant contact, even if they don’t look like callouses that we normally imagine. Furthermore, our fingerprints have a nice pad of fat on them, which further insulates the nerve fibers in our digits. The fibers in our fingers are A-fibers, which are fast-moving pain receptors, essential for our sense of touch (e.g., detecting sharpness, temperature, texture, etc.). The exposed flesh beneath our fingernails doesn’t have either of those defensive layers, because they generally don’t need any more protection than your fingernail.

Finally, it is important to remember that fingernails are not the same as claws; to some extent, they are just a thicker, keratinous layer of skin, so completely removing a nail essentially gives one direct access to the nerves beneath, just as you would have were you to peel off a layer of skin from your arm—extremely painful!

Also Read: Why Do People Bite Their Nails?

Our nervous system is incredibly complex, as are our hands and fingers, but we are far from invulnerable. Adaptations like fingernails and fat pads on our fingertips help to protect these critical digits, but one pulled hangnail or serendipitously horrible lead pencil jab in your pocket can introduce you to a world of pain. If you want to avoid the unique agony of touching the bare, unprotected nerves beneath your fingernails, start wearing gloves—or just quit biting your nails!

How much do you know about the skin under fingernails?