Spectators add a unique energy to the game that can be supportive and act as motivators to the respective teams.

Take a look at this:

Like a needle in a haystack#AUSvNZ pic.twitter.com/T6A29tKaYj
— cricket.com.au (@cricketcomau) March 13, 2020

After the COVID-19  hit, it was decided that the Australia versus New Zealand ODI Cricket match (2020) would be played in an empty stadium. This clipping is taken from that match.

But, where is the crowd of spectators in this short clip?

What’s the most important role that spectators play in a sporting event between two sides?

As fun as it is to be part of the crowd that catches the ball or locates it during a cricket match, crowds play a far larger role.

What Role Do Crowds Play?

In 1898, Normal Triplett conducted the first laboratory study that was deemed monumental for both social and sports psychology. He took people away from their natural habitat and bought them into a lab to experiment on them.

Although he was just looking at time taken for these cyclists while they cycled alone or together, it was a big leap in the way research was conducted from that point on. 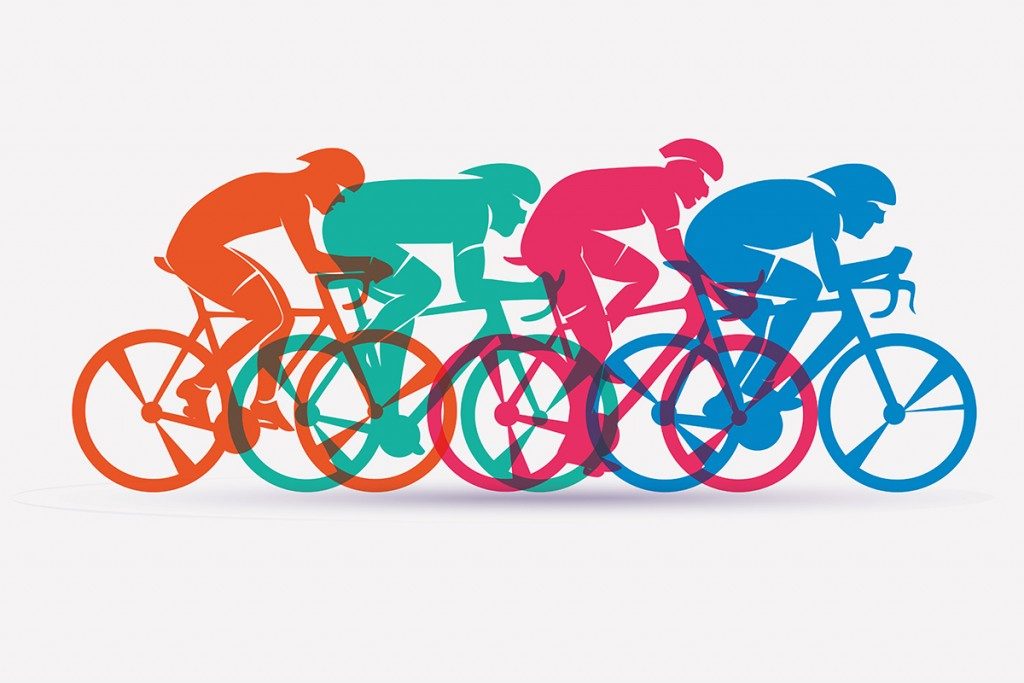 Triplett’s research bought cyclists into a laboratory to see how having an “audience” affected them (Photo Credit : baldyrgan/Shutterstock)

Triplett’s study established that cyclists race faster when they have competitors than when they are alone. This single study set the wheels turning for research in social facilitation.

Social facilitation is the idea that people perform better when there are others present.

It’s one thing to contend against other participants, but what about spectators? What role do they play?

To answer this, in 1969, Zajonc and his colleagues came up with a rather innovative experiment. In the study, Zajonc trained cockroaches to race; he chose cockroaches because he believed these creatures had no fear of judgement, or rather, had nothing to lose. (pg 391, Social Psychology- Baron and Boshcomb)

Let’s call these trained cockroaches the racers. Zajonc built them a transparent case and invited (read: forcefully placed) some other cockroaches as an audience. It so happened that those racers who had their species looking at them were able to race faster than those without.

Based on this, Zajonc concluded that having spectators around improved performance.

Although this seems pretty straightforward in the roaches, it may not be so simple in humans. We humans have a tendency to overthink and emotionalize everything.

Therefore, many times, when performing in front of someone we know will be judging us (cue: those dreaded pick and speak competitions in school), it often leads to evaluation apprehension. More specifically, we’re scared of performing or talking or even participating in try-outs for fear of being ridiculed.

Zajonc, like Freud, never left loose ends. In his drive-theory of social facilitation, he explained that when others are present, we’re in a state of physiological arousal, which leads us to pick a learned response and express it in front of them, thereby enhancing our performance.

However, if it were a new skill being put to test in front of an audience, then this performance could be hampered, which is probably why he picked cockroaches to race. What he’s essentially saying is that if you’re well prepared, you’re sorted and will ace it. If you’re not prepared, well, leave it to the gods.

If you have ever been a spectator at a cricket match, you know how noisy and loud it can be. Fans are cheering and screaming and dancing from start to finish. This can be distracting even for experienced athletes.

Also Read: Is There An Actual Home Field Advantage When A Sports Team Plays In Their Home Stadium?

At the recent ATP quarter final between Novak Djokovic and Denis Shapovalov, the crowd was a given a strict warning, as the Serbian fans kept taunting Shapovalov. After Shapovalov swore at the crowd once, the umpire intervened and told the audience to ‘go home’ if they couldn’t be civil. 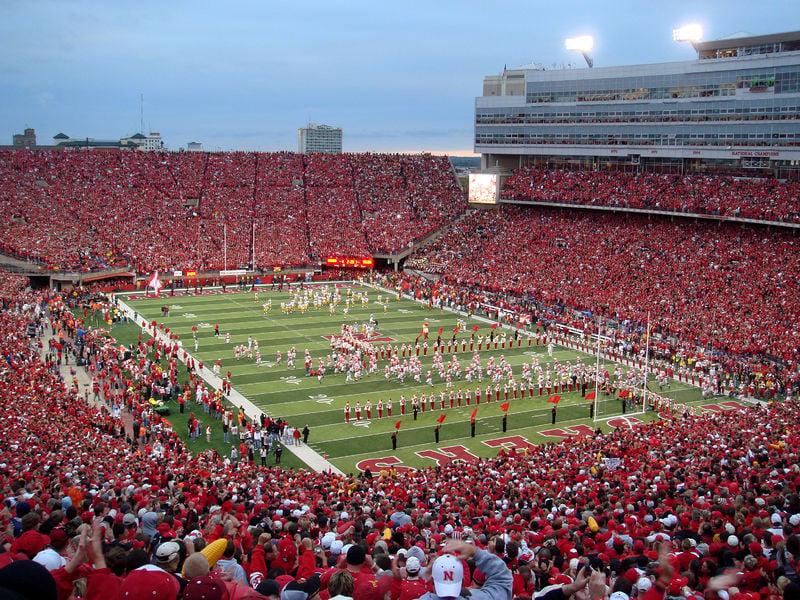 An entire stadium that’s supporting a single team, can be de-motivating for the other team (Photo Credit : Bobak Ha’Eri/Wikimedia Commons)

Crowds are distracting, and can even ruin a player’s focus, mental state, and change the outcome of the game. To decrease this cognitive load, many players are given pep talks and are trained not to let the crowd get the better of them. Controlling their attention to focus on the relevant things (the game they are playing) helps them get through the distractions. Many players completely ‘blank out’ this noise while focusing on the game.

After the Australia vs New Zealand cricket match played to an empty stadium, Australian bowler Pat Cummins observed that the match had been ‘more relaxed’.

During the measles outbreak, some matches were played with a crowd, while other were played without. An initial analysis found no difference in performing without an audience, while a second analysis showed that teams actually played better without the audience.

Should We Eliminate Crowds Altogether?

While studies have found that a crowd-free environment is more relaxed, it’s not what players are really looking for. After being told that stadiums would have to go empty earlier this year, LeBron James commented that he plays for his fans, and he wouldn’t play in a stadium without them (he backtracked this statement later, once he understood the situation).

Then again, what real benefit do fans hold? Why have these boisterous and noisy humans filling the space, even though things could be much more laid back and relaxed without them?

Well, having a crowd could change the outcome of the game, and give the home team an easy pass. A 2014 study found that there actually is a ‘home advantage’ that exists when football teams play on their home ground. The crowds not only boost the player’s performance, but also tend to bias the referees’ decision in favor of the home team. The study suggested that the probability of winning a given game increased by 13% for the home team. 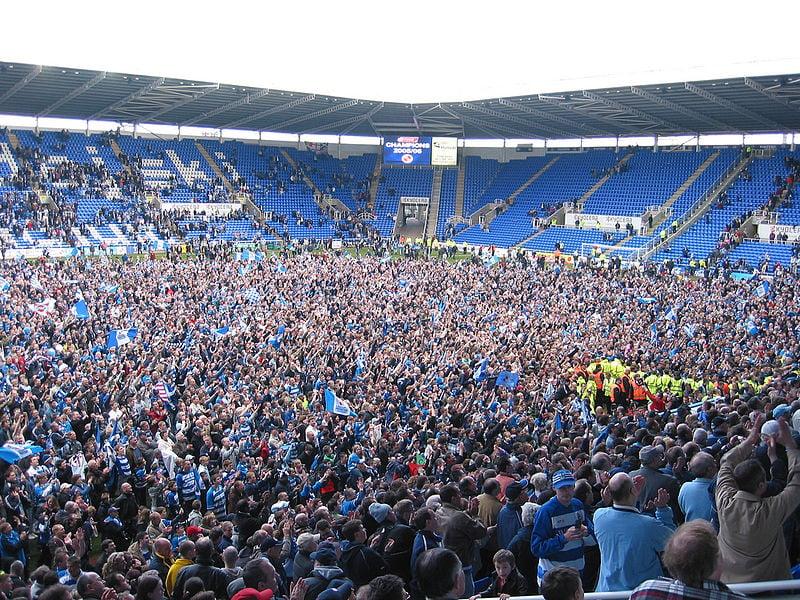 Another study observed that audience members who are supportive and act as motivators can also put the players under immense pressure. When this happens, the players ‘choke’. The same supportiveness turns into immense self-focus and self-awareness, which results in disruptions to their learned and practiced responses.

What if the crowd at home turned abusive? The matches and the players’ mindsets were significantly effected.  A study conducted on basketball matches looked at the effect of abusive spectators on the performance of players; it noted that when the crowd was being anti-social and abusive, the home team made far more violations than the visiting team.

However, when the audience was calm, the violations happened significantly less.

It also turns out that the effect the audience is sports-specific. Be it encouragement or aggressiveness, the players are effected by it nonetheless. A  study in the North American Journal of Psychology postulated that the crowds’ jeers or cheers cannot be generalized. While a basketball player’s free throws remained unaffected, a non-supportive crowd hurt baseball pitcher performance, and any kind of noise—jeers or cheers—led to worse performance in golfers.

In football games, players note that those who are in more stationary positions are more prone to hearing abuses. Some even dread standing near particular stands, as the crowd there can be extremely abusive and even racist.

While players say this, playing for the major leagues and international teams is exciting, as is the attention that comes from the rest of the world. The kind of love and support players receive can be overwhelming and extremely motivating. Most players of a particular sport would be accustomed to the nature of the game and the kind of fans that it attracts. So, as annoying as spectators can be at times, they are part of the game just as much as players are.

Are Spectators Essential Then?

Though Zajonc reached this conclusion in a rather bizarre way, he was right when he said that the presence of an audience enhances one’s performance on the field. It makes the atmosphere more joyful and the game more enjoyable.

The crowd seems to tell you what is happening; when the cheer goes high you know the team is playing well, and when they go ‘ohh’ in a desolate tone, you know that someone’s out! When you hear excessive singing and cheering, you might accurately guess that someone’s hit a boundary, or scored a goal. 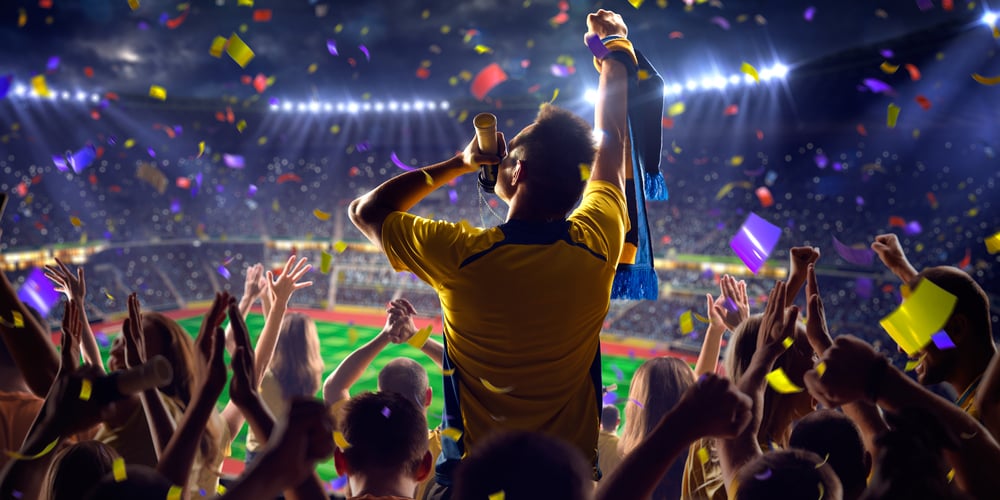 Fans these days will do anything to make sure that their team wins. They do the strangest things to get the players’ attention. The minute they see that it affects you, it only gets worse.

Any modern sport doesn’t just require one to have the physical skill needed to play the game, but also demands the ability to block out the white noise. While the taunting and jeering affects players and diverts them from the game that they play, it seems that that is part of the experience too!

Also Read: How Are The Acoustics In A Soccer Stadium Engineered?

So yes, not only do spectators watch and support players, but they also increase the players’ performance. However, this is only true when the players see their audience as motivators, or have a neutral stance towards them.

Studies have found that while performing online tasks, even the presence of virtual humans can produce this same effect. That is definitely something to keep in mind with all these online tournaments, events and teleworking going on!