The likelihood of the person watching your things and protecting them is greater than the chances of them stealing your belongings.

One afternoon, I was sitting in a little café surrounded by coffee estates. It had just stopped raining and the smell of wet mud floated through the air. I was sipping on a rich cup, minding my own business, when someone walked up behind me and cleared their throat. I looked up, only to see this person smiling down at me before hesitantly asking, “Can you watch my stuff?”

2017 was a year of many social experiments being recreated. The ‘Can You Watch My Stuff’ experiment was recreated by many media houses. This is a situation many of us have found ourselves in time and time again, so let’s go ahead and look at what happens in such situations and determine how we should pick people to watch our stuff.

If this popular social experiment doesn’t ring a bell, you can watch this to see what we’re talking about!

The origin of this experiment

In 1972, Thomas Moriarty designed an iconic social psychology study titled ‘Crime, Commitment and the Responsive Bystander’ study, which has also been called ‘The Beach Blanket’ experiment. In this modern iteration, social media dubs it ‘The ‘Can you Watch My Stuff?’ Social Experiment’.

Moriarty’s study was conducted on a New York beach frequented by many people. A research assistant would lay down a beach towel and listen to the radio for some time, and the assistant would then ask the family/couple/individual next to them to watch their stuff, i.e., a portable radio they left on the blanket. Another research assistant would then come by and try to take it away. The theft was staged in a way that the family watching it would witness the act. The reaction of the people who agreed to watch it was then observed, as well as their commitment to their word. 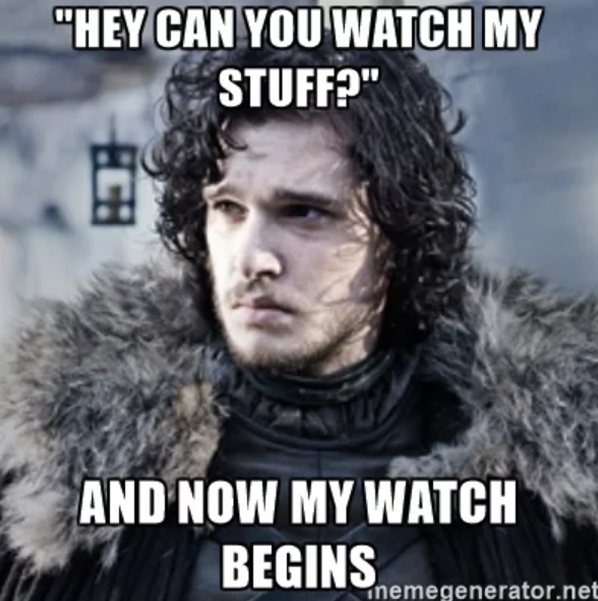 The study found that when the bystanders committed to watch another person’s possessions, they mostly did, but when no verbal commitment was made, they never made any effort to stop the theft from happening. Some even denied noticing that a loudly playing radio was suddenly gone. So, in the absence of commitment, only 20% of the bystanders responded to the crime and made any attempt to stop it. On the other hand, if a verbal commitment was made, then 95% of the time, the bystander made sure to stop it.

When not asked to watch the assistant’s things, 80% of people let it get stolen (Photo Credit : Javvani/Shutterstock)

So, how do we pick people to watch our stuff?

In their study, Todorov and his colleagues concluded that people can accurately judge someone after seeing them for 100 milliseconds. In a follow-up study, Todorov also found that judging people on their facial expressions helped people to make accurate assumptions on whether or not they could be approached. The brain region called the amygdala, which controls emotions and behavior related to motivation, was also involved in this decision. Based on these findings, if our brain regions are not impaired, then we have a good chance of predicting who we can rely on in less than a second.

Another factor that influenced our ability to judge facial expressions was the masculinity or femininity of the face. The study by Perrett concluded that masculine faces have negative attributions (e.g., coldness and dishonesty), so feminine faces are naturally perceived as more trustworthy.

Going by that, we can safely make these conclusions. We would not ask people who are sad or angry to watch our things, as that would be insensitive. We also would not ask people who are preparing to leaving the location, look like they’ll take a nap, or look menacing in some way–they would not be motivated to be watchful. We’re likely to choose someone who displays softer facial features and looks content.

In a library, we ask other students to watch our stuff as we share their identity (Photo Credit : GoodStudio/Shutterstock)

Furthermore, in an interview with The DiamondBack, a University of Maryland publication, Jeff Lucas, a sociology professor, stated that people look for people to trust by grouping them into identities. That is, in a college library, when we want someone to watch our stuff, then we’ll pick someone who shares our identity as a student. He added that we’re likely to believe someone stealing glances or hiding in the shadows is more likely to steal our stuff than someone who is seated right beside us. Their campus police also added that they had never received reports of stuff being stolen when a student has asked another student to watch it.

Going by these observations, we are likely to put our faith in someone who shares our identity or is similar to us or belongs to the same social or cultural group as us. Even if it is a stranger, we would choose someone who is sitting out in the open or in the center of the room, rather than the sides.

What other factors play a part?

A study that looked at environmental factors, as well as poverty and crime, showed that people who had suffered through hard time are more likely to commit crimes out of their sheer need for sustenance. Studies have further reported that financial deprivation causes moral standards to shift, which impacts the perception of crime. This theme is reported time and time again in many stories of our childhood, where authors make us empathize with the one stealing due to their standing in the world, like Pip from Great expectations. 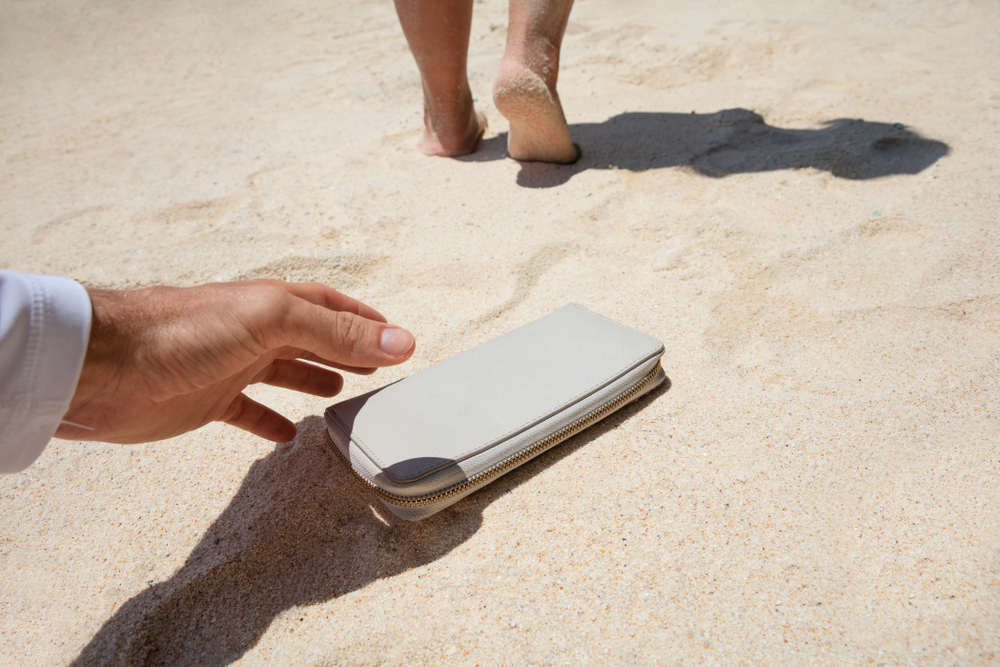 Again, this constitutes factors we identify with, which means that we would probably ask someone who looks like they belong to the same social group as us. If we’re wearing athletic outfits or brand names, we’d look for people who’s be into similar brands, as that would indicate same social standings. If we own MacBooks, we’d prefer to leave our stuff with someone who is staring at their own MacBook!

Enough about us, what about people who say ‘yes’?

Like Moriarty’s study showed, bystanders who make a public commitment to watch stuff always do. Those who don’t are under no obligation to. However, let’s look at people who agree to watch our things. In Moriarty’s study, out of 20 people, 19 of them tried to stop the theft from happening because they had publicly committed to watching someone’s stuff.

In his book, Gain the Egde , Martin Latz, talked about how he struck up a conversation with a woman—asked her if she’ll be around for the next few minutes to watch his skiing equipment, and then went to grab his coffee.

Latz wrote about the power of commitment. He said that when we, as bystanders, publicly commit to do something, we try our best to do it. Sticking to our commitment increases our reliability, credibility and also makes us work hard to achieve it. So, when we publicly commit to watch someone’s things, we’re likely to do so to avoid lowering our social standing/status, even when we’re surrounded by people we do not know.

So, something as simple as saying yes out in the open is enough for us, as social creatures, to stick to our word, which is why in many of these videos we see bystanders either running behind the thief or at least holding on to the backpack and stopping them.

So, if you ask a stranger to watch your stuff, does it make them likely to steal it?

Mathematically, the probability of this event occurring is 50%. This is excluding the factor that the person we choose to trust could be a con-man or a charming psychopath, whose sole job is to get people to trust them. Another factor that could play a part is the need to conform—a pattern by which people in groups do what others are doing, that is, they tend to conform. If they see others looking at the theft happening and see them not taking any action, our bystanders also don’t do anything, which is why those who did not commit to watching the stuff rarely did anything to stop a theft. 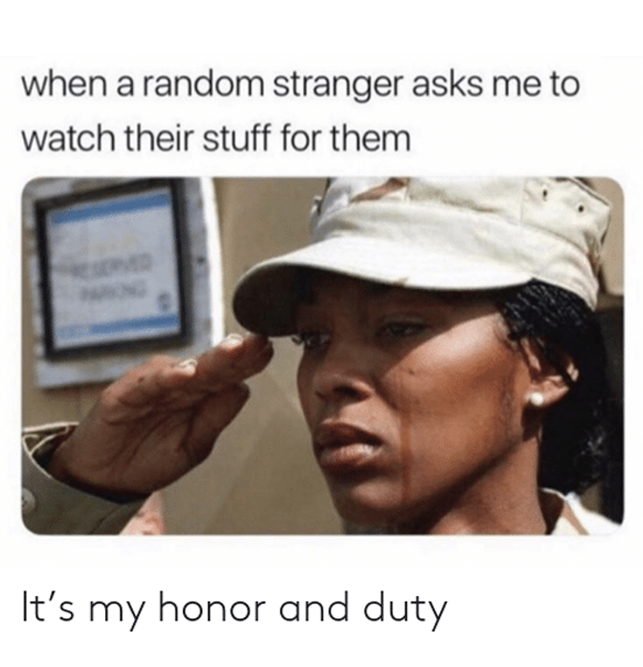 People are more likely to watch our stuff than steal it

That said, most of the time, when we ask people to watch our stuff, we make calculated decisions that help us pick the right people for the job. If they commit to it, they are more likely to protect it than steal it. If they steal it, then you likely ran into a con man, someone who was in need of it, or someone who just did it for fun (maybe you’ll get it back?). However, if you ask people to watch your stuff, the probability that they will (morally) is high.

On the other hand, here’s a letter from a frustrated guy who has simply had enough of people asking him to watch their stuff… 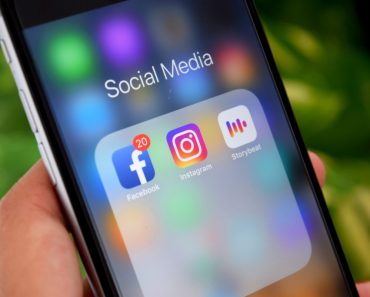