Cricket has changed a lot since the first official match was played in 1877. Technology has played a prime role in the growth of the sport, with Ultra-edge, ball-tracking, and the Duckworth Lewis method changing the game immensely.

Cricket is one of the most widely followed sports in the world. With an audience base approaching the billion mark, the game has gained some serious fandom over the years. Since the first official cricket match played on March 15, 1877 between England and Australia at the Melbourne Cricket Ground, The Gentlemen’s Game has evolved a lot and technology has played a prime role in this growth.

The ongoing cricket World Cup 2019 has attracted huge masses from around the world to witness this sporting extravaganza. This article discusses some of the most significant changes that science and technology have brought to the game of bat and ball.

The ‘Ultra-edge’ technology is a review system used in cricket to detect whether the ball made any contact with the bat or not. It has been approved for use in international cricket as per the International Cricket Council’s (ICC) guidelines. The system has been thoroughly tested by engineers at the Massachusetts Institute of Technology (MIT).

The principle behind this complex-looking system is pretty simple. Record what you want and eliminate the rest. When the cricket ball hits or even touches any part of the bat or the batsman’s body, it produces sound in a particular frequency range (a characteristic of sound that can be measured). The stump microphone records the audio and amplifies this specific frequency, eliminating the rest with the help of an oscilloscope and a resonance filter. 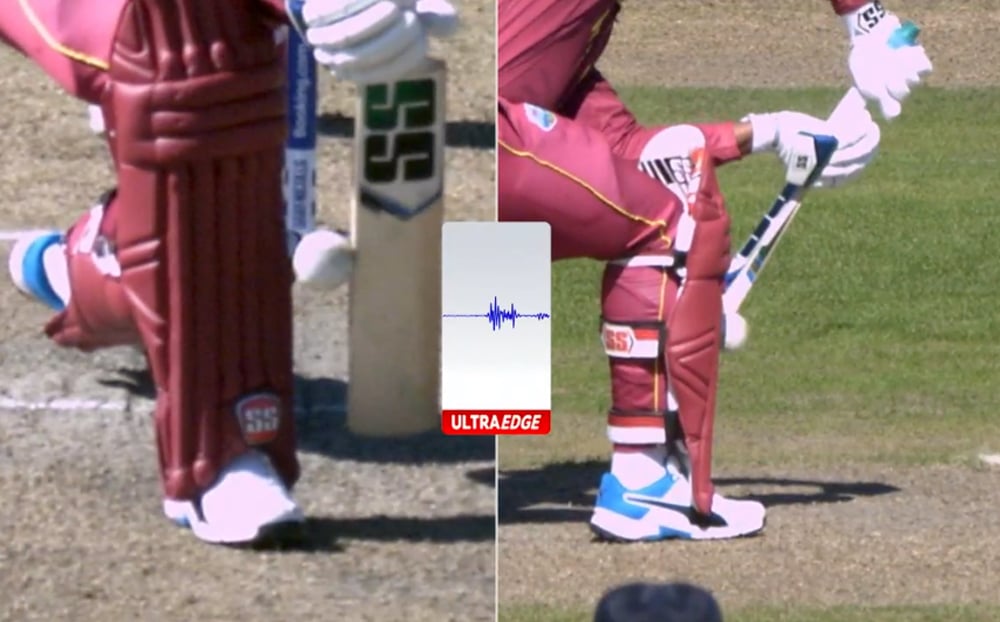 Apart from a sensitive mic, a good slow-motion camera is required that can capture the motion of the ball as it travels across the batsman. The recorded video is then combined with the time-graphs from ultra-edge and is used for reviewing decisions. Different curves represent different sounds on the graph, which will usually appear on your television screen. For instance, a sharp variation means the ball has hit the bat, while a sharp peak implies that the bat has hit the pad.

The Leg-before wicket or the LBW has been one of the most controversial ways of getting “out” in the history of cricket. The rule goes like this—if the batsman blocks the path of a ball using any part of his legs (including the pads and the shoes), that would have hit the stumps (or bails) if its path was not obstructed, then the batsman is called out. Who decides whether the ball could have hit the stumps or not? The umpire (or “referee”).

Though umpires are highly skilled professionals, their human eyes are subject to error, and they can and have surely made mistakes in predicting the path of the ball, eventually resulting in an incorrect decision. This has caused umpires to fall under heavy scrutiny from the media and fans, who put immense pressure on them.

To help in the decision-making process, Hawk-eye technology was introduced in 2001 and has changed the game immensely. This technique uses six cameras placed at specific locations around the cricket grounds, tracking every movement of the ball released from the bowler’s hand to the point where it becomes dead in a synchronized manner. The images from the camera are then fed into a particular computer processor, which turns them into a 3-D model. The processor also extrapolates the trajectory data of the ball, determining the extent of its lateral movement and bounce, thereby predicting its future path. MIL-Lite software is used in the process.

Also Read: What’s The Impact Of Pitch On The Game Of Cricket? 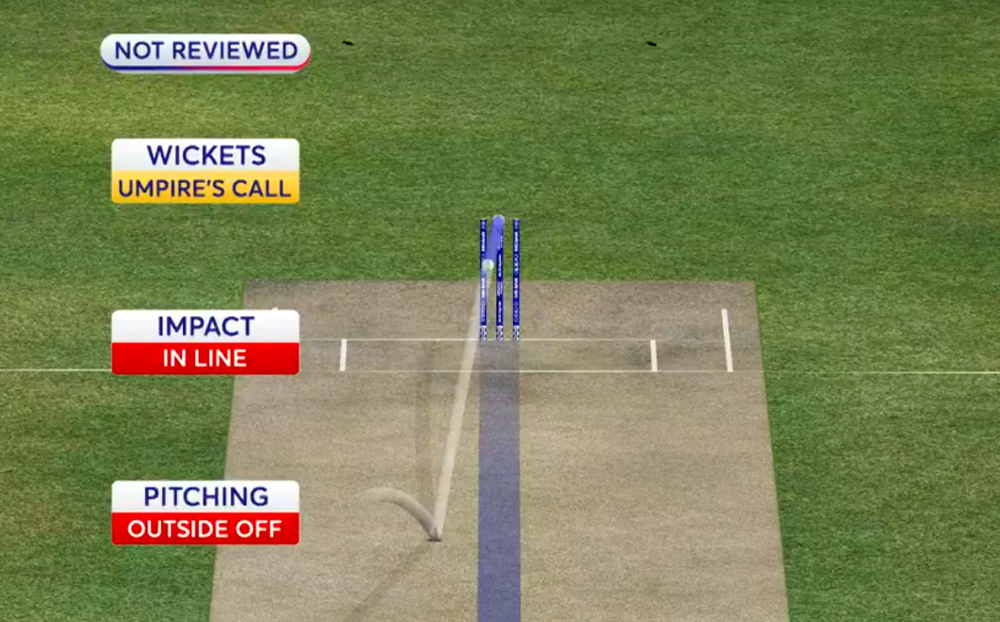 Hawk eye technology in use

This technology is claimed to be 99.99% accurate and has undoubtedly made an enormous impact on how the game is played.

This method has perhaps been the most talked about and most controversial scientific change brought about in the game of cricket. Rain-outs are a spoil-sport… quite literally. As a result, matches have been called off due to the forces of nature on several occasions. However, there are times when the showers are periodic and short, resulting in the loss of only a few overs. As such, the game can continue, but with different rules. It is here that the D/L method comes in.

Unlike the other tech-oriented elements explained in this article, D/L is more of a mathematical theory or calculation formula. When time and therefore overs are lost during the innings of one of the teams playing the match, setting an adjusted target for the other team is not as simple as reducing the run target proportionally to the loss in overs. This is because a group with 25 overs to bat and ten wickets in hand can play more aggressively than if they had a full 50 overs and ten wickets, for example, and can consequently score at a higher run rate. 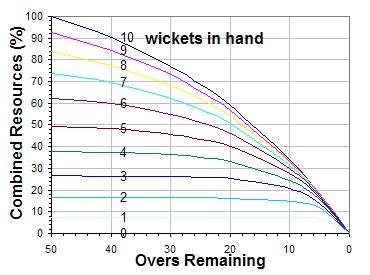 A graphical illustration of the principle behind the D/L method (Photo credit: Jono4174 /wikimedia commons)

Coming to what most cricket fans often look for—the formula. The essence of the technique lies in the resources that each team uses to score runs. These are wickets in hand and the overs remaining. The D/L method converts the two into a combined percentage score, which is stored in a table or computer. The new target for the team batting second is adjusted in proportion to the initial target using the formula:

Another exciting piece of technology used for determining the fate of the batsman, Hotspot is an image and radiation sensing system that makes use of two infra-red cameras, placed on the opposite side of the grounds, to determine if the batsman has nicked the ball or not. The basic principle used here is thermal wave remote sensing. When the bat or ball makes contact with each other or with the batsman’s pad, friction is generated. 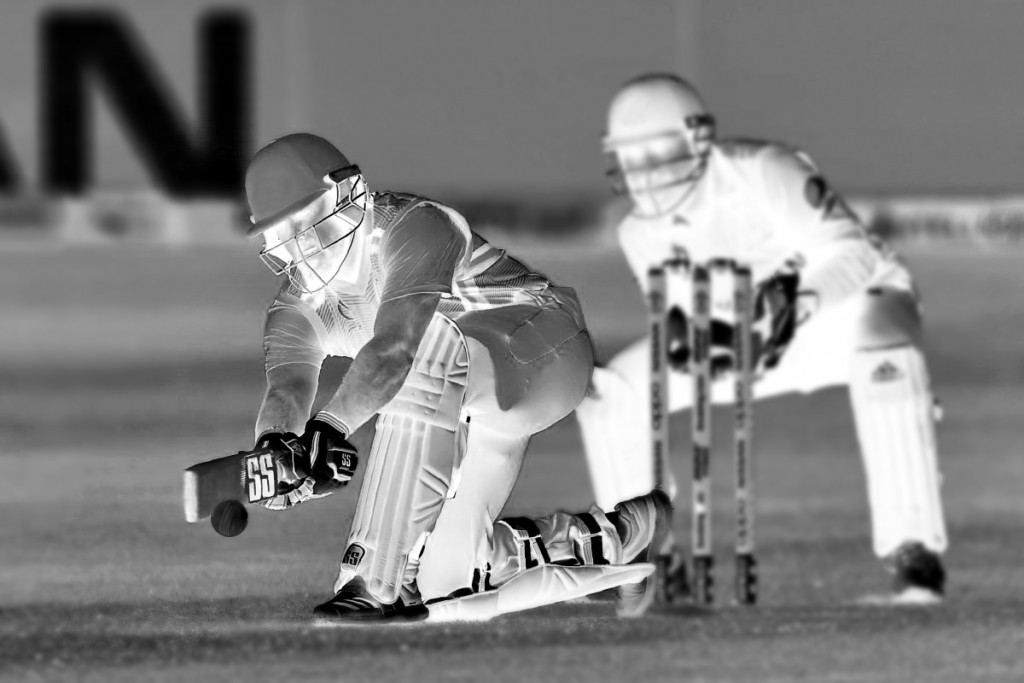 The Hotspot technology in use

Any suspected edge or bat/pad event can be verified by examining the infrared image, which usually shows a bright spot at the contact point where the friction from the ball has briefly raised the local temperature. When referrals to an off-field third umpire are permitted, this technology is used to enhance the on-field umpire’s decision-making accuracy. 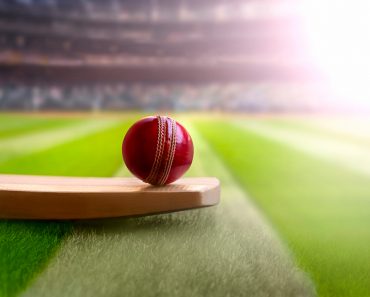