You can determine the ambient temperature by counting the number of cricket chirps in 8 seconds and adding 5 to it. We call this “Dolbear’s Law”.

If you were to ask someone, “How do you find the temperature outside?”. The most obvious answer is by using a thermometer. Other answers might include checking the thermostat, using the weather app on my phone, asking Siri or Google Assistant, etc.  One answer you’re unlikely to receive is by counting the number of chirps of a nearby cricket.

However, what if it’s true? What if you could determine the temperature of your surroundings by counting how many times a cricket chirps? Well, this is indeed true and it is called Dolbear’s Law! 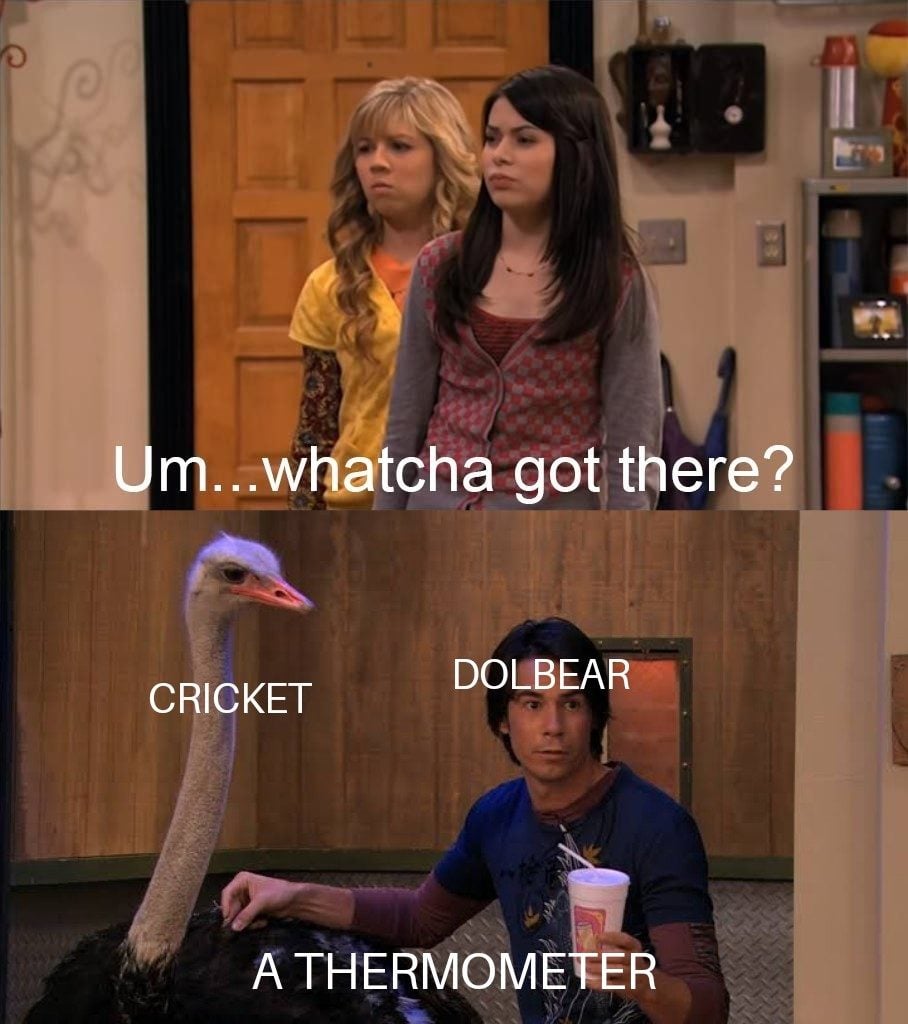 All you need is cricket and some basic math skills to determine the ambient temperature.

Dolbear’s Law is named after Amos Dolbear, an American physicist and inventor. Dolbear published an article on his observations in the 1897 issue of The American Naturalist. The article was titled “The Cricket As A Thermometer”. In 1881, Margarette W. Brooks also noticed this relation between chirp rate and temperature. However, Brooks’ findings only saw the light of the day after Dolbear’s article was published. Dolbear’s article read:

“The rate of a cricket’s chirp seems to be entirely determined by temperature and this to such a degree that one may easily compute the temperature when the number of chirps per minute is known.”

The law states the rate at which crickets chirp is proportional to the air temperature. Dolbear formulated the law as:

Here, N60 stands for the number of chirps heard in 60 seconds, and TF is the ambient air temperature in Fahrenheit.

Dolbear did not mention which species of cricket he observed and based the above formula on. However, subsequent researchers think it must have been the snowy tree cricket, scientifically known as Oecanthus Fultoni. Thus, the snowy tree cricket is now commonly referred to as the Temperature Cricket.

The formula mentioned in Dolbear’s article works best for the snowy tree cricket, but it can also be applied to regular field crickets. The resultant ambient temperature measured with field crickets will be very close to accurate, usually 1-2 degrees shy of the actual value. 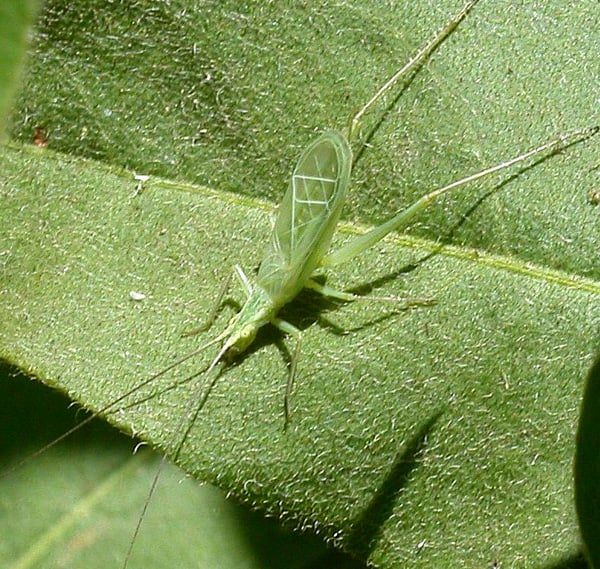 The relation between the two variables can be further simplified to:

Therefore, one can count the number of cricket chirps in 14 seconds and add 40 to it. The resulting number is approximately equal to the ambient temperature in Fahrenheit.

Americans and their units of measurement!

Also Read: What Is “Feels Like” Temperature And How Is It Measured?

Dolbear’s law was later modified to determine the temperature in Celsius. The formula is:

A further simplified version of the above formula is:

Thus, finding the ambient temperature in Celsius can be as simple as counting the number of chirps in 8 seconds and then adding 5 to it.

Dolbear, however, didn’t explain why the chirp rate and ambient temperature were proportional to each other. We can find the answer to this question in an equation presented by Svante Arrhenius. However, first, let’s have look at how a cricket chirps.

How Does A Cricket Chirp?

Crickets produce their iconic chirping sound by stridulation. Stridulation is the production of sounds by rubbing together certain body parts. Contrary to popular belief, crickets do not chirp by rubbing their legs together. They do it by rubbing their wings against each other.  The left wing has about 50 to 300 ridges like a comb and is called the file, while the right wing acts as the scraper.

The chirping sound is produced when the left wing (file) is raised to approximately 45 degrees and the right wing (scraper) rubs against it.

The chirping sound results from the wings of a cricket rubbing against each other.

Also, only the male crickets chirp. The chirping is done to attract a female cricket, scare off other males, or indicate danger.

Why Does The Frequency Of Chirping Vary With Temperature?

According to the Arrhenius equation, the rate of a chemical reaction depends on the surrounding temperature. The equation is:

Here, k is the rate constant and T denotes the temperature in Kelvin. The other letters are a bunch of constant variables.

Also Read: Why Do Birds Have A Core Body Temperature Higher Than Other Animals?

Also, just like every other insect, crickets are cold-blooded organisms. They lack the mechanism to control their internal body temperature and instead take up the temperature of their surroundings. Crickets, therefore, cannot voluntarily change the frequency of their chirps. Their surrounding temperature controls everything!

Dolbear’s Law therefore makes use of the cold-blooded nature of crickets to determine temperature. The law has also been referenced in present-day pop culture. The most popular reference being in an episode of The Big Bang Theory. Sheldon, one of the prominent characters on the show, claims to know the species of a nearby chirping cricket by its chirping frequency and room temperature. However, by the end of the episode, we come to know that Sheldon’s guess was actually incorrect. Check it out for yourself: the episode is titled “The Jiminy Conjecture” and was the second episode of the show’s third season!