As a kid, did you ever want to simply fly above the world? I certainly did! All I wanted to do was morph into a colorful little bird, ruffle my feathers and spread my wings. But flying isn’t actually that easy… a lot goes into making those tiny bodies glide through the skies, braving all sorts of weather. If you ever hold a bird in your hands, you will instantly feel its warmth, because they have a core body temperature that is significantly higher than ours. 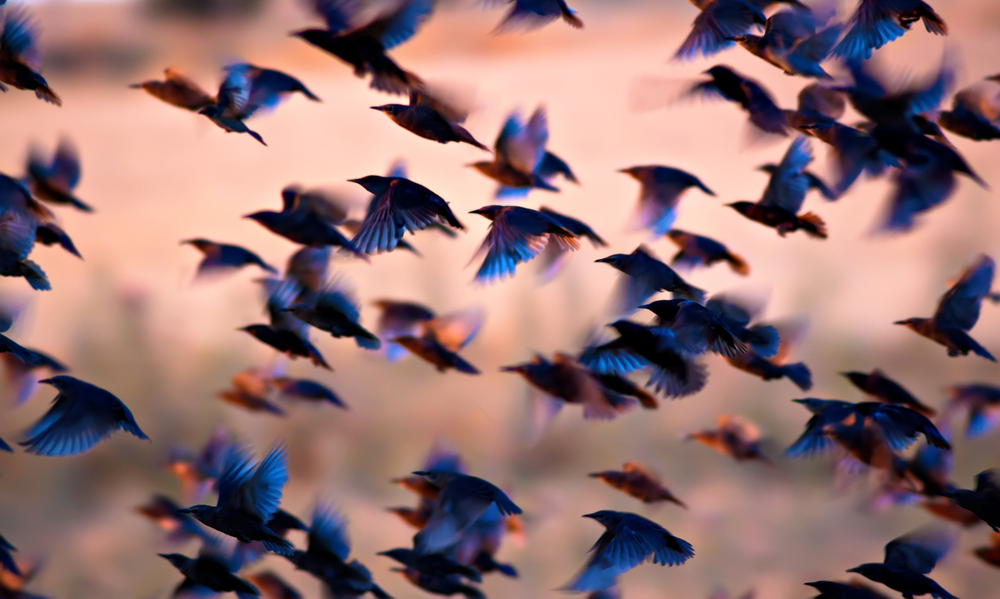 Caption: A flock of birds in flight (Credit: mutan/shutterstock)

How do different animals produce heat?

Since we’re talking about why birds are hotter than you, me, and your pet fish or dog, we need to look at the rest of the animal world and identify how they produce heat. Your body temperature, or that of any animal’s, depends on a few factors, such as whether we produce our own heat or not, body mass (how large and heavy the animal is), and the energy needs of the animal (a cheetah has very different needs from a sloth, which has very different needs from a frog).

In terms of how different animals produce heat, we can broadly divide them into two groups—ectotherms and endotherms.

Ectotherms are animals whose body temperatures depend on the temperature of their surroundings; they do not generate any heat themselves. This means they depend on their external environment to regulate their body temperature. For example, a snake comes out of its burrow to bask in the sun to raise its internal temperature. It later retreats to cool down. Likewise, frogs come out of the water and sit on the rocks to warm themselves, and then later go back to swimming.

These ectotherms are also known as ‘cold-blooded’ animals, and they include fish, amphibians, and reptiles.

Endotherms, on the other hand, can regulate their own body temperature by generating internal heat. Regardless of the ups and downs of the environment, they can maintain their physiological body temperature within a stable range. In the cool winters, they ramp up their metabolic heat production and insulation to stay warm, whereas during the hot sweltering summers, they sweat to cool down.

Thus, all their metabolic processes occur at a constant temperature.

Endotherms are also known as ‘warm-blooded’ animals, and include mammals and birds. 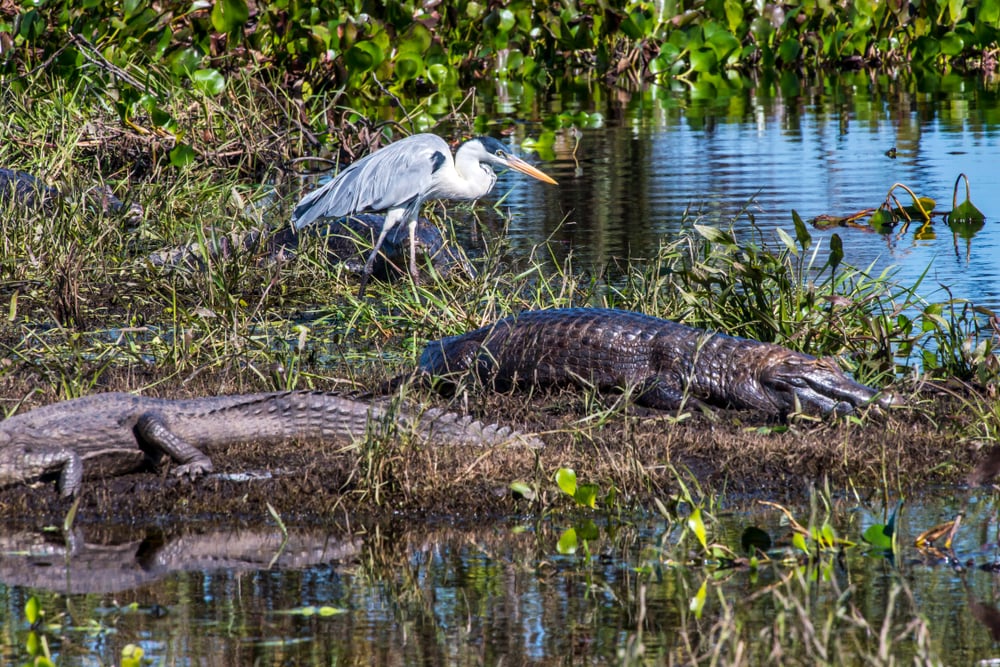 A heron (an endotherm) alongside some reptiles (ectotherms (Photo Credit : Leonardo Mercon/Shutterstock)

So, mammals and birds are both endotherms, so why do birds need more energy than so many other mammals? On average, a bird’s body temperature is approximately 4 to 8 degrees higher than that of humans.

While a mammal’s fur only helps in insulation, a bird’s feathers have a dual function; they help the birds fly and keep them warm. Flying at high altitudes makes them more susceptible to unfavorable conditions, such as cold weather and freezing winds, which can chill them to the bone. Additionally, their wings allow them to fly, and flying requires the muscles to work harder and use up more energy.

Insulation from the feathers, and the heat generated from hard-working muscles, both lead to a higher internal body temperature.

Even then, mammals can sweat to cool down, but birds do not have sweat glands. They only lose heat through their exposed skin and respiratory system.

This heat isn’t pointless. Birds generate heat to incubate their eggs. They sit on their eggs to help them stay warm. This heat is essential for an embryo to develop properly into a chick. Without adequate incubation, eggs would fail to hatch. Mammals do not face this issue, as most of them directly give birth to their young ones. 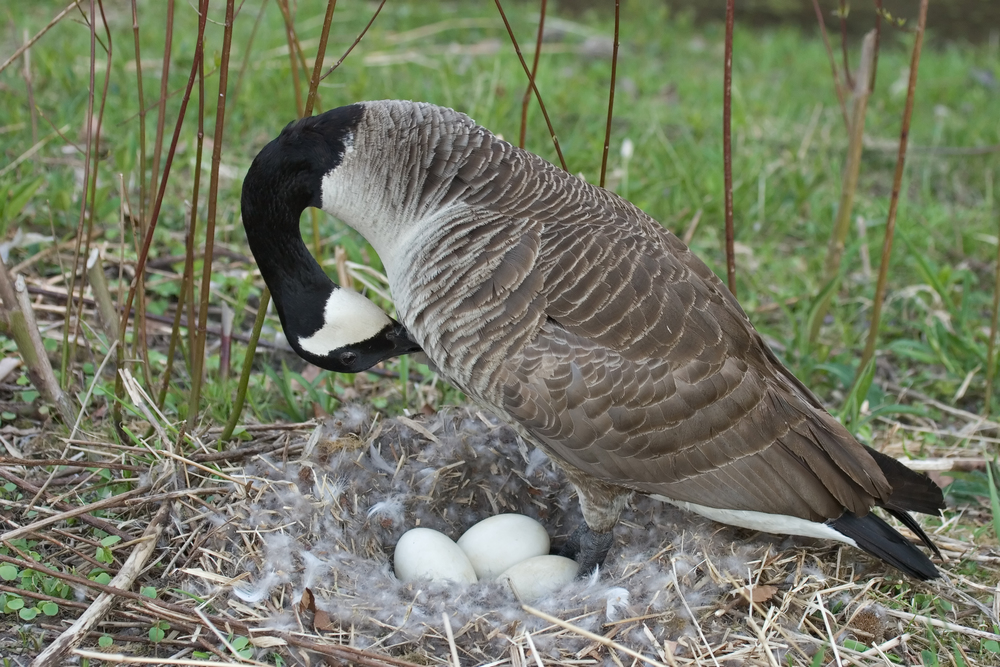 At a very basic level, birds engage in more energy-costly activities as compared to mammals, and they are smaller.

Smaller birds tend to have a higher body temperature, in comparison to larger birds. This is because they have a small core volume to generate heat, but a proportionately larger body surface area to lose it. Thus, their heat loss to heat production ratio is higher. This applies to not just birds, but all endotherms. In other words, when we compare mammals and birds, apart from energy-expensive metabolic needs, size also plays an important role. Hummingbirds, the smallest of birds, are said to have the highest core body temperature in the entire animal kingdom. It is over 37.7 degree Celsius (over 100 degrees Fahrenheit).

Birds are endotherms or ‘warm-blooded’ creatures who regulate their own body temperature. On average, birds are involved in highly demanding activities with a lot of energy expenditure, including flying and incubating eggs. Without the production of adequate heat, birds would not be able to survive the cold temperatures greeting them at the heights they fly. Moreover, their eggs will not hatch if there is inadequate heat during incubation. Therefore, their energy requirements and expenditure is way higher than other creatures of the animal kingdom. This results in higher metabolic activity and a consequently higher core body temperature. 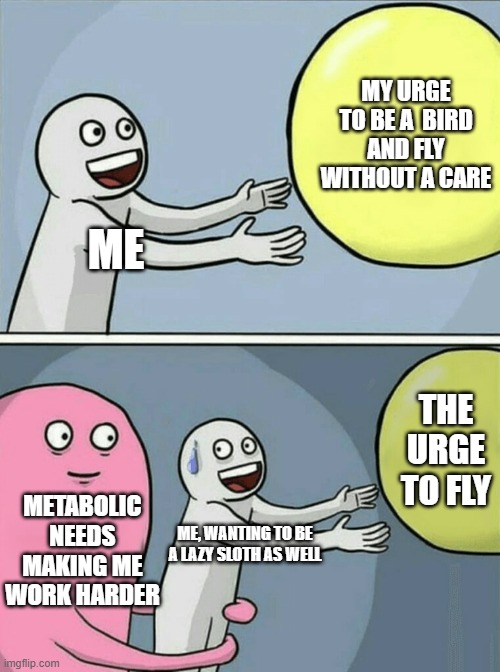 Summing up my feelings pretty well!