Yes, athletes are really getting faster, taller and stronger. Technological advances have played a role in this by providing better data collection and feedback, research in sports, virtual reality and performance enhancers.

“Citius Altius Fortius” interpreted into English as “Faster, Higher, Stronger” is the Olympic motto that has inspired and motivated athletes over the years.

Today’s world of professional and Olympic-level sports has produced athletes that seem to be stronger, faster and bigger than those from only a century ago. Modern-day athletes like Usain Bolt, Michael Phelps and Ryan Crouser have broken all previously set bars and have emerged as the best this century has ever seen.

All these amazing performances at the very highest level lead us to an important question – are athletes really getting better? Has technology helped athletes push past their brain’s natural barriers, allowing them to access their untapped potential?

It has been argued that the bodies of athletes haven’t changed much over this period, and that the improved performances are mostly the result of technological advances. Let’s take a closer look.

What Do The Statistics Say? 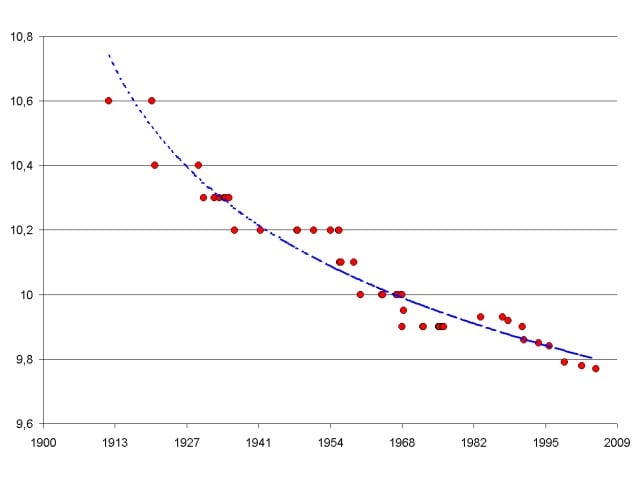 The 34m gap between Martin Sheridan in 1906 and Jurgen Schult in 1986 within the same weight category is another indicator of how far the athletes themselves and the technology in the discus throw event have evolved over the years.

Looking at the statistics, one might believe that the performance and efficiency of the human body have improved over the years, which is why we are now witnessing these all-time high records. However, there’s more to it than meets the eye.

The track that Jesse Owens ran on was a soft surface made of wood ash, whereas Usain Bolt ran on an ergonomically engineered carpet. The start of the race also varied significantly; Jesse Owens had to dig himself small holes in the ground, whereas Usain Bold had standard starting blocks. Jesse Owens was at a significant disadvantage for these reasons, and when analyzing these parameters, one may estimate that Owens’ would have been within a foot of Bolt, rather than 14 feet behind him. 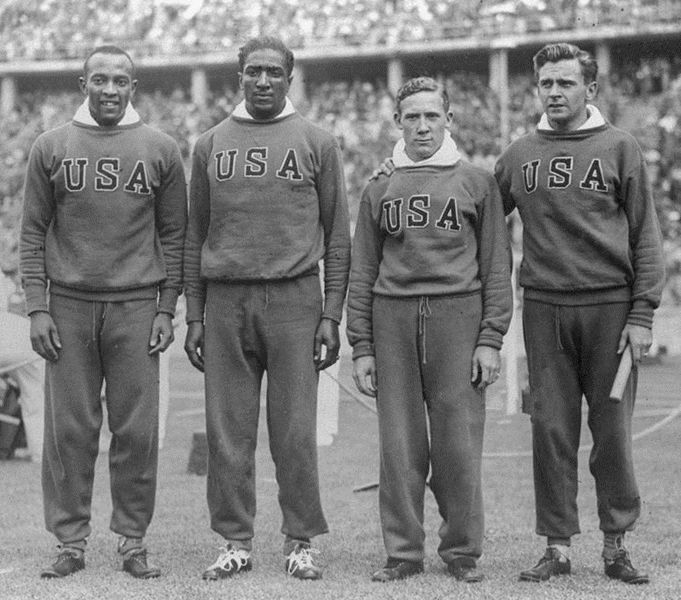 Similarly, when the high jump was first invented, athletes would jump in their bare feet or regular runners. Modern high-jumping shoes consist of sharp protrusions usually made of metal that provide appropriate friction and minimize the likelihood of slipping, especially in the heel.

Also, the surface that the high jump is performed on has likely improved the height of the jumps. The high jump was performed on grass up until the 1950s, when tartan was first introduced. Tartan gives jumpers extra spring and friction so they can approach a leap with a more powerful technique.

What Role Has Technology Played?

Data collection and feedback – The video camera became commonplace in the 1980s and provided coaches with a way to capture and analyze sporting performances like never before. The video camera is perhaps the single-most important development in coaching in the modern era of sports.

Information collected during games gives coaches and managers more to work with during training sessions and even during competitions. For example, a camera on a cricket batsman’s helmet or on a tennis court sends data to a processor that translates it into useful information for coaches and managers to use during and after the competition. You can formulate better strategies, backed by reliable data, and improve your overall performance. 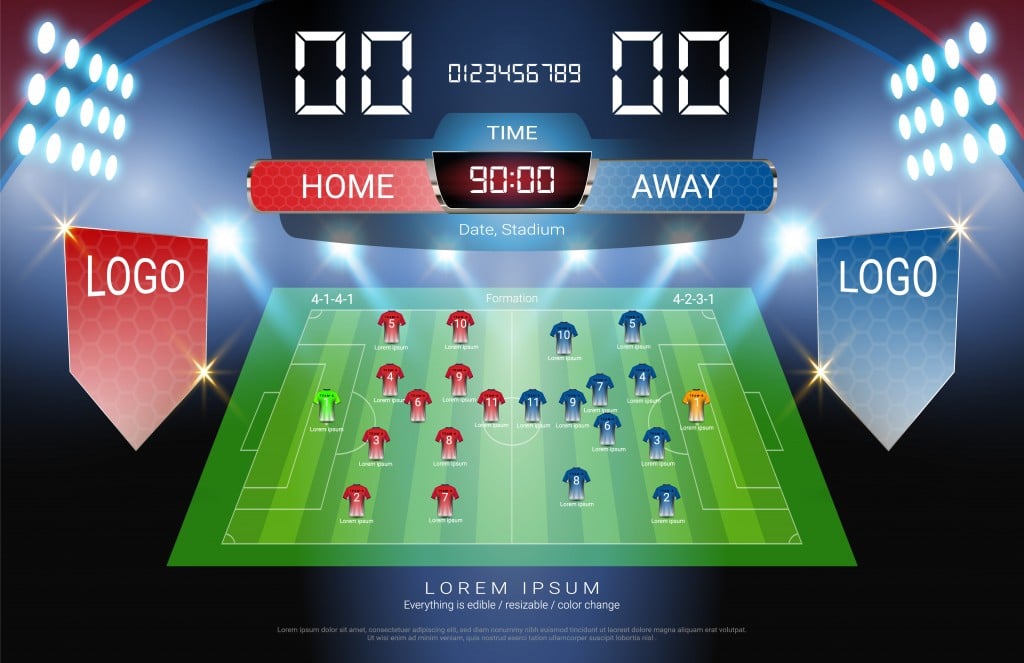 Research in sports – New research has significantly enhanced training methods for players. There are now specific techniques in every sport that focus on maximizing productive output and minimizing the risk of injuries. Practicing the right thing is much better than exercising the wrong thing. Learning correct form and technique leads to fewer injuries and greater effectiveness.

Virtual Reality – Until recently, coaches used video footage to train and prepare for matches and study athletic performance, but VR offers a unique analytical approach and enables coaches to visualize games before actually playing in them. Using 3D simulators, athletes can look at various tactical options and essentially face their opponents before the actual game takes place. The technology also helps to deal with the mental and emotional pressure generated on the field, preparing players for what it could be like on Game Day! 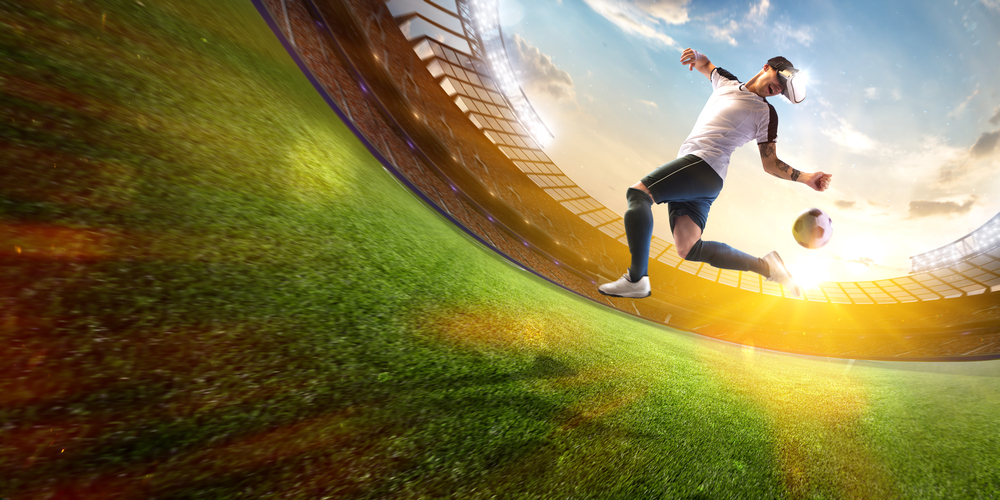 What About Performance Enhancers?

The average weight of throwing athletes at the 1896 Athens Olympics was 63 kg, as opposed to 141kg at the 2016 Beijing Olympics. The diet of athletes has improved at a tremendous rate, as have the supplements that they take to improve their performance.

Performance-enhancing drugs were banned by the International Olympic Committee (IOC) for the 1968 Games in Mexico City. The only athlete to be banned back then was Swedish pentathlete Hans-Gunnar Liljenwall, who was stripped of his bronze medal.

Since then, more than 200 athletes (procon) have been banned for taking performance-enhancing drugs at the Olympics. What did all these athletes have in common? Most of them were podium finishers, meaning that their performance enhancers clearly played a part in the outcome of the contest. 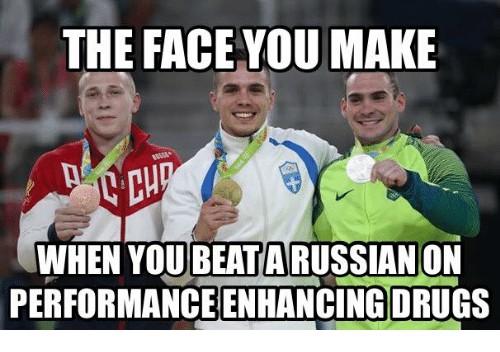 What Does The Future Hold?

Professional sports are much more popular as a profession than they were in earlier decades. This has not only increased the opportunities to play different games, but also raised the level of competition. With billions of dollars swirling in the ether for talented athletes, it’s a seriously big business, with millions aspiring to join the elite ranks of legendary athletes.

Sports Training for children has also become a major industry. Most kids like sports and most parents put their children in them. The reasoning is clear…. why not see if your kid is the next Tiger Woods?

Over the last few decades, we have learned to push beyond what we had once considered our physical limits, through rigorous training and challenging ourselves. However, we cannot overlook the role that has been played by technological advancements.

In combination, human adaptation, sports innovation and unlocking the mind have truly led to athletes becoming faster, better and stronger, just as the Olympics mantra states. Given our constant drive for improvement, I wouldn’t be surprised to see all the athletic records that currently stand get broken in the next few decades!