While there has long been a debate about the true benefit of high-level running shoes, particularly in comparison to running barefoot, some of the newest shoes on the market do show a measurable ability to increase a runner’s speed.

Every professional (and amateur) athlete looks for ways to improve their performance. In the world of competitive sports, getting an edge can come in many different forms, such as pushing your endurance limits, embracing a holistic approach to health and wellness, and dedicating yourself to a singular goal. This is in addition to dietary supplements, performance-enhancing substances and equipment, which ranges from swimsuits and baseball bats to golf balls and running shoes.

Running shoes, in particular, are often a hot topic of discussion because so many people take up running as a primary or secondary form of exercise. The global running shoe industry stands at a whopping $13.1 billion, so there is clearly a strong and long-lasting belief in the ability of specialized shoes to improve or enhance a runner’s performance. We’re here to determine if the higher price tag is really worth it, and what measurable enhancements running shoes can actually provide.

The History of Running Shoes

While basic shoes have been around in some form for thousands of years, likely originating as shoes woven from reeds or plant materials, running shoes are a relatively new phenomenon, only dating back to the 19th century. Back then, running shoes were essentially normal shoes with either a rubber sole (to improve cushion and bounce) or metal spikes (to improve grip and speed) attached to the normal form. These rudimentary models were made by men who went on to found companies you may still recognize today, such as Reebok and Dunlop.

However, it wasn’t until the 1890s when rubber became a more widely used and flexible material, and shoes could be made with a smaller rubber sole attached directly to a canvas top. This allowed for lightweight shoes that could be shaped in a wider variety of ways, and also could be walked in quite delicately, which earned them the name “sneakers” (as people could sneak around in them). In the 1920s, the modern running shoe was born by Adolf Dassler, who would go on to found Adidas with his brother Adi. Combining a thinner, more shape-hugging body with cushion, patented spikes and a durable rubber sole, these shoes went on to win a gold medal in the 800-meter race in the 1928 Olympics.

The rest of the 20th century saw an increase in competition and a larger demand than ever for comfortable and functional running shoes. Nike appeared on the scene in the 1970s and promptly became a major player with its unique sole design for greater traction, while the 1980s resulted in a wide variety of different cushion technologies and materials, such as silicone and even air pockets, which were believed to better absorb the shock of running, resulting in less muscle fatigue and strain in runners. The pace of running shoe development has always been quick, but things have sped up even further in the 21st century, with customized 3D-printed shoes designed for every nuance of your foot, super-lightweight shoes weighing in at less than 3 ounces, and even minimalist varieties that are essentially a second skin for the foot and little else. Each of these advancements and varieties promises some sort of improvement, advantage or greater level of protection, but the debate over their true effect has yet to stop.

What Do Running Shoes Accomplish?

In theory, running shoes do what normal shoes do (protecting the soles of our feet and giving support to our joints), while also enhancing our ability to move quickly and flexibly, to minimize energy loss, and provide added protection where injury is most likely. We like to believe that there is a perfect running shoe out there that will be able to boost our speed and take our abilities to the next level, but that simply isn’t true. Shoes are just… shoes, at the end of the day. They are not magic devices! (Photo Credit : Pexels)

These shoes can provide a huge variety of cushion levels, as well as variations in the height of the arch of the shoe, which will support your foot’s natural arch. Running shoes can also have different heel heights, which can extend your stride, as well as well-placed padding to reduce pronation (the tendency of a footfall to start on the outside of the foot and roll inward). All of these factors, and their desirability, are dependent on your personal preferences and your individual body’s form when running. If you are serious about running and want to get the very best option for your exercise, it will take a great deal of trial and error, as well as experience wearing different shoes (both good and bad) for you to find one that works.

There are those who claim that running shoes will not reduce injury or reduce the intensity of impact, but the science behind these claims (on both sides) can often be murky. Running shoes and the culture that surrounds it can also be somewhat unusual. Such shoes are not only functional tools, but also fashionable status items; their initial purpose is often conflated with their second.

However, given that this is an industry worth more than $13 billion, people must surely be seeing some improvement in their performance and comfort. The greatest benefit of running shoes today is their endless customizability. With thousands of different options on the market, you can find a shoe that is truly perfect for your needs and budget.

In the past decade or so, there has been a popular shift back to a more natural style of running—barefoot—like our ancestors did for tens of thousands of years. Proponents of barefoot running believe that our feet naturally evolved and adapted over countless generations to be efficient—the perfect tools to walk, run, leap and climb. Barefoot running has skyrocketed in popularity, as have the number of products (barefoot and minimal shoes) mimicking a shoe-less experience. Some people truly love to run with nothing between their skin and the ground, but given our predominantly urban lifestyles, low-cushion, natural form shoes—even with five separate toes—have sprung up from major companies. In fact, the barefoot shoe industry has reached $1.5 billion in global value.

Now, while the measurable and valid science on running shoes has been somewhat shaky in the past, a recent development by Nike has shaken the running shoe world. The company’s new Vaporfly shoes, which utilize carbon nanofiber technology, have been quantitatively shown to improve a runner’s performance. This new material is demonstrably better at absorbing and repurposing energy, meaning that following every footfall, the shoe itself is helping to push the runner into their next stride. Studies on these shoes have found that they increase a runner’s speed by about 1%. Mirroring the work already being done by the muscle fibers in your legs, these Vaporfly shoes are one of the most exciting new developments in running shoes in years. And while 1% doesn’t sound like much, over the course of a 26-mile marathon, that speed differential can make a huge difference!

Throughout the history of shoes and running shoes, small improvements in comfort, form and function have allowed athletes to perform more effectively and more safely, but in terms of boosting actual speed, the vast majority of shoes have simply been a tool to better manifest an athlete’s potential. Only recently have the running shoes themselves provided a measurable improvement to someone’s performance. What happens in the future is anyone’s guess, but until then, the most effective way to boost your speed is to keep training and pushing yourself to beat your best! 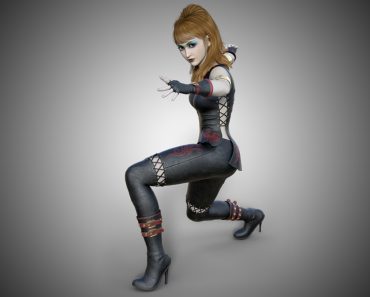