Humans are amazing creatures. They can walk on the ground, fly through the air, and also swim in water. This is undoubtedly an amazing set of abilities that we are gifted with. Swimming, at first, was crucial for man to ensure his survival, and has become a very popular recreational activity. However, it is more than recreational in nature; it is also considered one of the best aerobic exercises that we can perform to stay healthy.

Many swimmers also wear a special piece of clothing while swimming, which is quite different from what people wear on a daily basis. What’s the reason for this peculiar habit, however? Animals don’t wear special clothing or material when they swim, just their natural fur, skin, or scales. Perhaps there is another reason… Do swimsuits affect the speed of swimming?

The Difference in Media

People who swim are well aware of the tiredness that it can cause after just a few minutes. Why is the tiredness so intense when compared to jogging or running?

After a full lap of a few meters, one is invariable found panting, more so if they have been swimming fast. The main difference between swimming and running is very obvious: the medium.

While you run, you are running through air that surrounds you; also your feet have a firm grip on the ground due to gravity and friction. Although gravity acts on the body of a swimmer too, the medium for swimming is decidedly different. Water is not as merciful as air in terms of supporting movement through it.

Drag: The Force Against You

drag in opposite direction of motion

You can feel that ‘pushing back’ sensation when you stick your hand out of a moving car and hold your palm vertically against the wind. Doesn’t it feel like someone is pushing your hand back? The same thing is true as you push through the water.

Shape: Although they look pretty plain (since we are so used to seeing them now), swimsuits are especially made to help you glide through water. The most important aspect here is the hydrodynamic shape. The materials used in a swimsuit ensure that the wearer’s body is compressed to its most streamlined form and thus reduces drag. It also helps in reducing the buildup of lactic acid in the muscles of the wearer (secretion of lactic acid in muscles after intense physical activity is the main culprit behind tiredness). 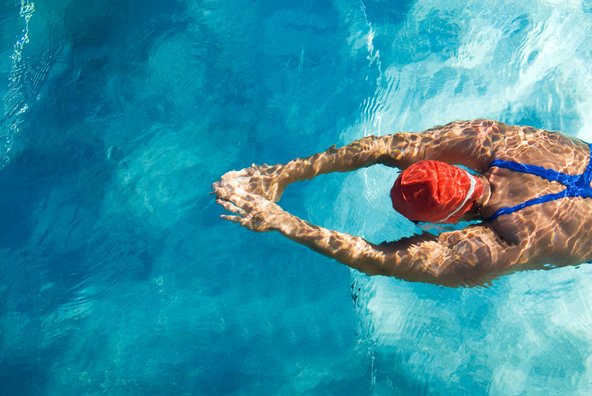 The streamlined shape is the best to minimise drag

Material of the suit: The fabrics of the swimsuit can be made from nylon or spandex, both of which impart lightness to the swimsuit and agility to the wearer. Suits made of hydrophobic (water-resistant) microfilament fabrics can reduce drag by a staggering 8%. These suits resist contact with water, which essentially means that it pushes water away from the wearer’s body, making them move through the water quicker.

Seams: The material used in swimsuits is not the only factor in their effectiveness; how fabrics are put together also plays a vital role. Did you know that bonded seams result in an almost 6% reduction in drag over those seams that are traditionally sewn?

Since swimming is a very popular sport, there have been many experiments in the design and material of swimsuits, which has occasionally led to controversies. The most talked about one was the one that surfaced in 2009-10.

In the World Swimming Championship in 2009, many records were broken due to a groundbreaking new swimsuit designed with the help of NASA. It was such an advantage to swimmers that the particular full-body suit, LZR Racer by Speedo, was banned by FINA in 2010. 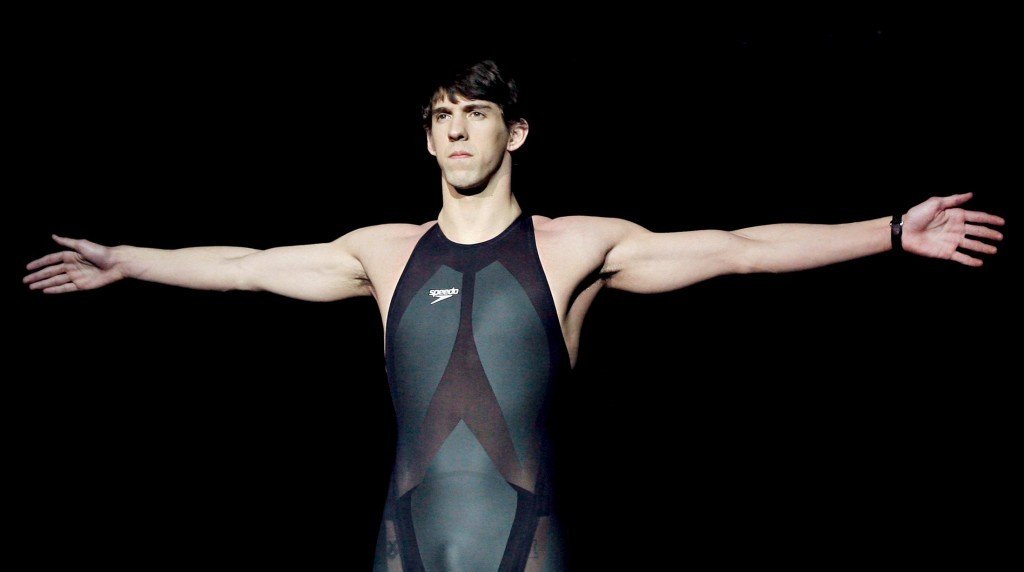 Therefore, it is pretty evident that specifically designed swim suits not only look cool (if one wants to flaunt their body), but also affect the speed of the swimmer, giving them an edge over other competitors. For the normal person, however, it might just be the upgrade your aquatic wardrobe has needed!