The ball used in 2010 World Cup rendered many players confused due to its unpredictable swerving. There were reports from certain players that they didn’t know where the ‘ball was headed after all’. The outfield players had other woes to deal with, as the lack of imperfections and total roundness of the ball made it difficult to control.

For thousands of years, human beings have invariably enjoyed kicking things around. The experience of kicking an object is even more fun when the thing is round or spherical in shape. That’s why it comes as no surprise why we invented the game of soccer (known as football in many countries).

At first glance, soccer balls appear to be perfectly spherical or round in shape. However, one has to look very close to ascertain the roundness of the ball. There are several reasons why soccer balls are not perfectly round in their shape.

Nevertheless, in the 2010 FIFA World Cup, which was held in South Africa, the ball that was used was the ’roundest’ ball ever used in the history of FIFA World Cups. Needless to say, it made a definite difference, some of which were not desirable to many teams.

The Case of Jabulani

Every four years, before the FIFA World Cup, the official ball is ‘launched’ on the market, i.e., the ball that will be used throughout the tournament is released to the world. Usually, these balls are given an official name as well. The one they used for the 2010 World Cup was named Jabulani, which means ‘to celebrate’ in isiZulu (one of South Africa’s 11 national languages). It was Adidas’s 11th edition of balls used in World Cups.

Now, let’s take a look at the features of the ball. 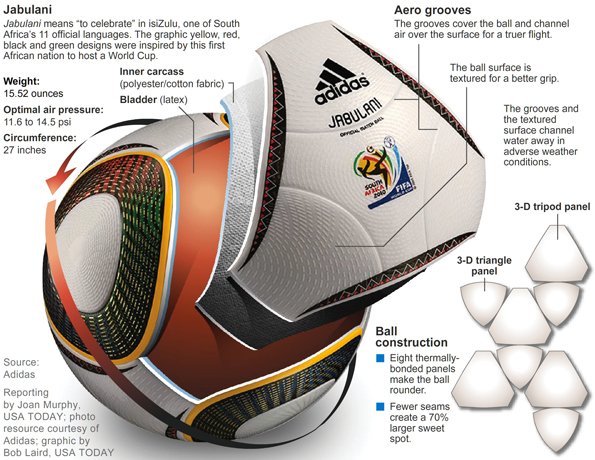 Jabulani weighs 439 grams and has a circumference of 69 centimeters (27.1 inches). This ball boasts a newly designed “Grip ‘n Groove” surface, which would offer a better grip on the ball and excellent stability while in flight due to its highly favorable aerodynamic properties. The lack of panels on the ball and the internal stitching made it the roundest ball ever used in FIFA World Cups. Adidas claimed that Jabulani was the most accurate and stable ball that it had ever made to that point.

Experiences of Players with Jabulani

Since soccer is the most watched sport in the world, it is only fair that the ball used in the most important tournament of the game gets a lot of attention, including scientific analysis. For Jabulani, the world’s views were mixed. Some commended the makers of the ball for its exceptional stability in flight, while others were not so happy, as the ball was ‘too round.’

The general public had plenty to say about the ball, but the players of the game also had some difficulty in dealing with the new kind of ball. It was seen that the perfect roundness of the ball rendered many players confused due to its unpredictable swerving. There were reports from certain players that they didn’t know where the ‘ball was headed after all.’ The outfield players had other woes to deal with, as the lack of any imperfections and the total roundness of the ball made it difficult to control and it was a challenge to put a spin on the ball. 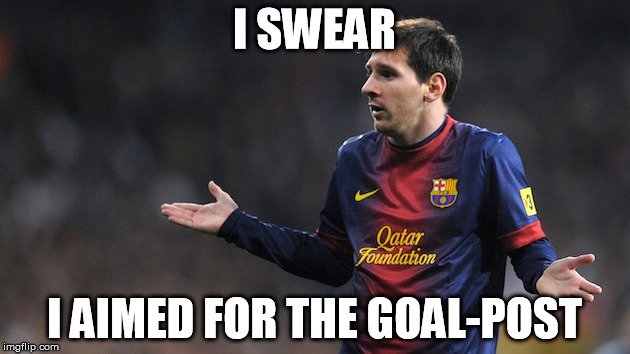 Goalies had other experiences that were far from ideal. They argued that the ball appeared to slow down in midair or balloon up suddenly, making it difficult to ascertain the trajectory of the ball.

While some may say that these were random excuses of under-performing of players, the fact that it was ‘the roundest ball’ ever is something that clearly gives some credibility to the numerous complaints and comments.

Even after facing a great deal of criticism for its new design of Jabulani, there seemed to be some confusion about the ball that would be ideal for World Cups. However, it will come as no surprise if they didn’t use perfectly round balls in subsequent World Cups. Remember, feedback is a good thing!