Other than his dazzling looks, and counterintuitive helium-infused voice, David Beckham is primarily known for his swirling free kicks. First, he would distance himself from the ball with long strides in reverse, then, after the whistle shrieked, he would jog forward and strike the ball cautiously with his right foot. The ball would plunge into the air, initially in a direction which would make it appear as if it were moving astray from its target, but gradually, the ball would begin to curve inside.

The curvilinear trajectory would deceive the goalkeeper; the ball would curve just enough to let it creep into the inner side of the goalpost, causing Arabic commentators to break into their signature, unintelligible vociferations. However, the most popular, and arguably skillful, of such deceptions was the famously named ‘impossible goal’ performed by Brazil’s Roberto Carlos against France in the 1997 World Cup. You can witness the astonishing feat here. This phenomenon, however, is not exclusive to soccer; it is quite ubiquitous in rugby, tennis, table-tennis, basketball, baseball and every other sport that involves a ball. What’s more, balls don’t simply veer in one direction; knuckleballs in baseball and football are equally abhorred by hitters and goalkeepers for their notorious volatility. Both movements can be explained by a single effect – the Magnus effect.

What Is The Magnus Effect?

The effect is named after the German physicist Gustav Magnus, who was the first person to venture on a rigorous investigation into the physics entailed. However, Isaac Newton is known to be the one who originally discovered and inferred its cause. While watching a tennis match in Cambridge, Newton observed how top-spin could force the ball to drop faster than one would expect. To the contrary, caressing the ball in certain ways imparts back-spin, causing it to gently lift and float across a small distance.

To understand why, let’s do the first thing requisite for problem-solving in physics – draw a diagram. 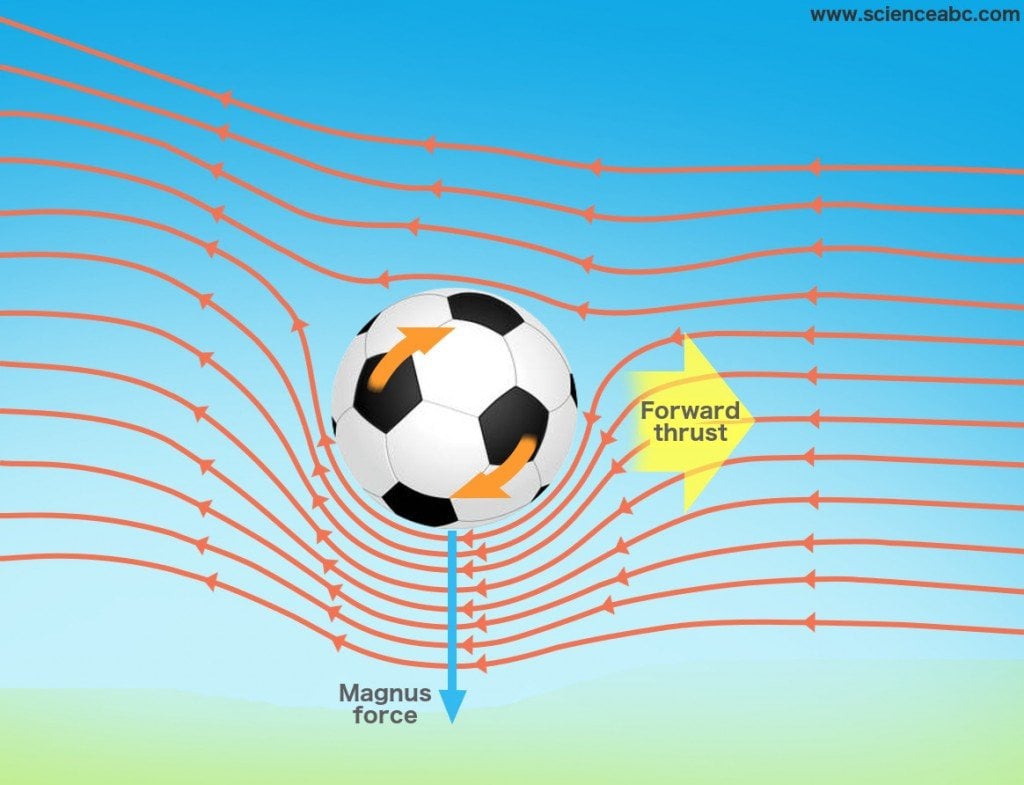 Also Read: Can You Really Bend A Bullet Like They Do In The Film ‘Wanted’?

The diagram represents a ball that is struck or pitched in a way that propels it forward and rotates it clockwise. The wheat field pattern of arrows represents the drag force exerted by the incoming wind. The drag force is the resistance offered by the wind, the same resistance you feel while racing on a bicycle, or when your palm faces the wind when you stick it out the window of a fast-moving car.

Now, a cluster of lines run in the same direction as one side of the swirling ball, and in this case, these are the lines below the ball, whereas the ball’s other side moves in the opposite direction of the wind, colliding into its drag lines head-on in its course. The swift, unhindered lines moving in the same direction create an area of low pressure, while the turbulence on the other side builds an area of high pressure. 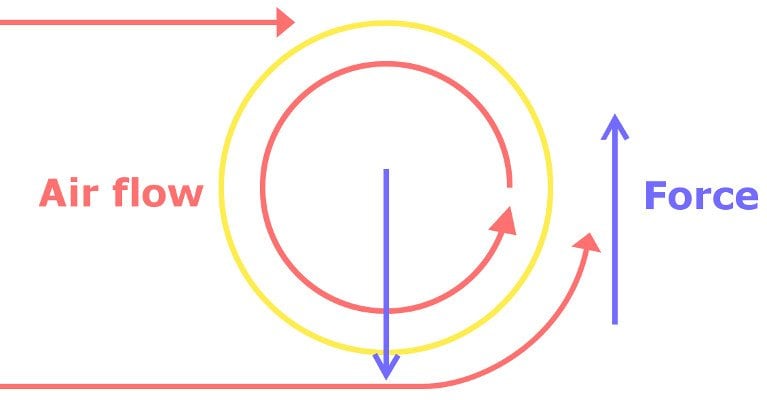 The Magnus force is known to be a result of Newton’s third law of motion – it is the equal and opposite force the air exerts on the ball as a reaction to the force the ball imposes on the air.

The Magnus force is known to be a result of Newton’s third law of motion – it is the equal and opposite force the air exerts on the ball as a reaction to the force the ball imposes on the air. The object pushes the air in one direction and, as a result, the air pushes the object in the other direction. The Magnus effect applies to swerving baseballs, tennis balls, occasionally cricket balls, and especially ping-pong balls. The effect is enhanced and more conspicuous in ping-pong balls due their small size and low density. The right contact brusquely swings the ball wider, out of the opponent’s reach. The same principle also explains how Flettner airplanes can fly.

Lastly, a knuckleball, whether in soccer or baseball, is driven by the Magnus effect on a ball that is not spinning. Devoid of any spin, the ball becomes docile, surrendering itself to the whims of the forthcoming gust. Devoid of any spin, there doesn’t exist an absolute or established pressure differential that guides the motion of the ball. Rather, the ball swerves and bobs unpredictably. This makes predicting its trajectory extremely difficult, so a batter is unable to discern when the capricious ball might duck.

Of course, throwing or kicking a knuckleball requires immense skill — too slow and the ball falls prematurely, too fast and the ball does not dip, consequently becoming a training shot that can be thrashed across the park. The precision, of course, can only be achieved after years of deliberate practice. However, even that might not guarantee it. 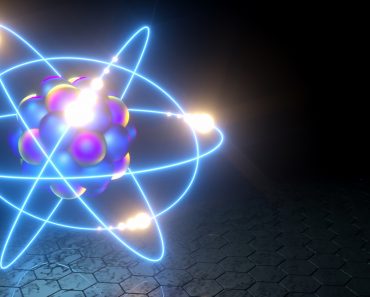