Winning a World Cup in soccer or rugby results in an economic bonus to the country’s athletic foundation, in addition to positive coverage and an improved reputation, whereas bringing home Olympic gold brings honor and attention to your country in a less quantifiable, but highly desirable way.

Whether or not you consider yourself a sports fan, it is an unavoidable part of life, to some degree, particularly if your country, city or local team is in the running for a championship. Every four years, when the Olympics or World Cup comes around, it’s hard not to get in the spirit when your country is presenting itself on the world stage. Even someone who avoids sports at all costs is liable to feel a twinge of pride if an athlete from their country makes the finals of a major Olympic event.

However, once the World Cup trophy is won, or the Olympic golds have been counted, what actual benefit is felt by the country itself?

For those who follow soccer, the FIFA World Cup is a once-every-four-years feast of soccer for a solid month of the summer. 48 national teams compete in a grueling schedule of brilliant athletics until a single champion is crowned. The FIFA World Cup of 2018 was won by France, who took home $38 million—their share of more than $400 million in prize money awarded to the top 32 teams. 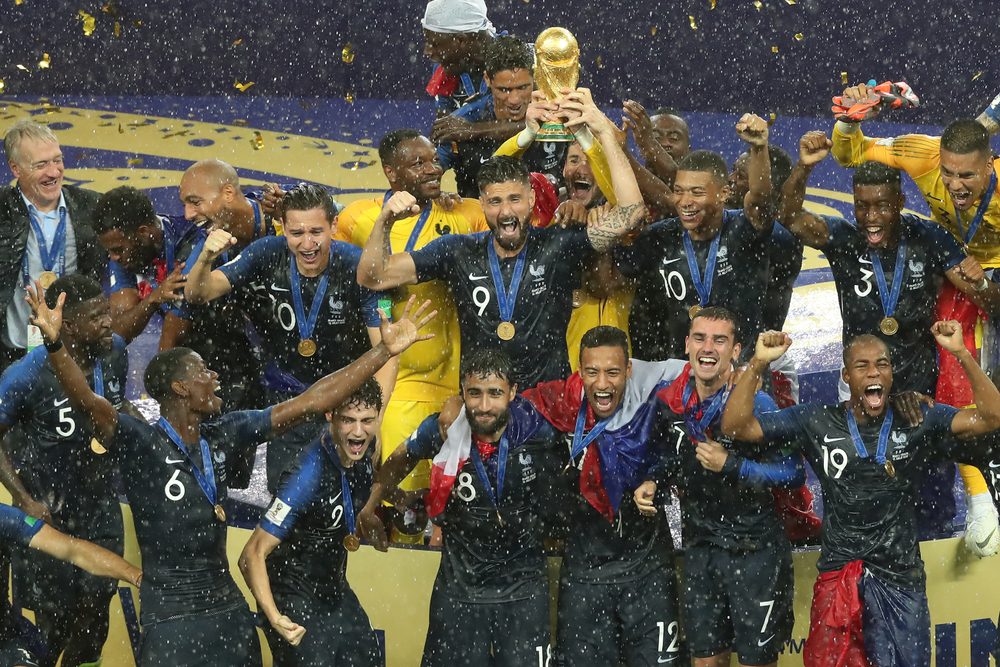 More specifically, this money is awarded to France’s national FIFA organization, which can choose to do with it as they please.

Most of that $38 million will be doled out in the form of player’s bonuses (often tied to how far they progress in the tournament), as well as increased salaries for coaches, new fields and facilities, and more buying power for free agents and available players.

Individual players may also benefit from increased sponsorships and desirability within the sport, but this doesn’t benefit the country as a whole. The World Cup of Rugby has a similar structure in terms of award money and distribution to the national organizations of rugby.

Over the course of the World Cup, particularly as it progresses to the later stages, the eyes of the world turn to the remaining countries. This can increase a country’s appeal for travel and tourism, and generally increase the standing of the country in the athletic realm of the world.

Although there is no direct correlation, relevance on the global stage of sports is often equated with a relevance in terms of economics, development, and political strength. This benefit of being a world champion is more difficult to quantify than the direct financial award the winning team(s) receive. 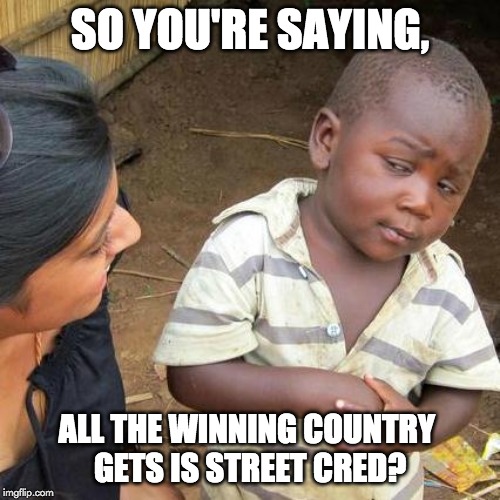 The Olympics Games originated with the ancient Greeks, with athletes competing to bring honor and glory to their city-state, and despite a 1,500-year break in the action, the intentions of modern-day athletes are somewhat similar. There are no direct financial benefits of winning Olympic gold, with the International Olympic Committee leaning into their timeless motto of “Faster, Higher, Stronger”, and the priceless theme of athletic competition for the pure sake of excellence.

Most countries have some level of government sponsorship for athletes and national teams, so winning additional medals could lead to a shift in budget, allotting more money to these efforts. Successful national athletes also popularize sports in a given country, inspiring more young people to become professional athletes. Those same athletes are likely to become internationally known, making them valuable for sponsorships and advertising, much like World Cup stars. Also in line with the World Cup nations, nations that take home medals are shown in a good light on the global stage, which can lead to boosts in tourism, investment and other indirect benefits.

In a related subject, it’s interesting to look at the cities and countries that host championship events. While earning the right to host a World Cup or the Olympics is seen as a great honor, residents of these areas often have mixed feelings. Being named a host nation for such an event may result in an initial boost to the economy, particularly as new stadiums and facilities must often be built.

This type of hosting honor can also be a kick-start to update infrastructure and public transportation. Host cities and nations also experience a temporary economic boost during the event itself, as tens of thousands of people may flood in for the month of events.

The people who live in these cities and countries, despite the promises of massive influxes of cash, do not end up seeing the long-term benefits. Major overhauls and infrastructural projects can tie up traffic and be a nuisance for years before the event. Furthermore, the financial benefits often go to the facilities and industries that build up to surround the event, but frequently dry up shortly after the championship, or cause even more problems. The unused and corruption-riddled stadiums across Brazil built for the 2014 World Cup are a great example of this. 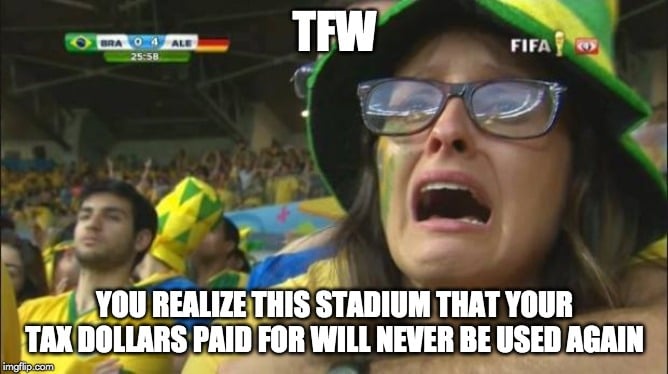 In many cases, residents and citizens are sold promises of a financial payday to gain their support, in addition to the national pride and honor of being a championship host, but those promises are rarely fulfilled. There is typically a cost to taxpayers spread out over years, and overruns in costs to cities are common. The Montreal Olympics went over budget by more than a billion dollars, and it took three decades to fully pay off the debt.

Also Read: Where Did The Idea For Gold, Silver And Bronze Medals Come From?

Finally, there is always the chance of an unsuccessful championship event (poor attendance, poor viewership, etc.), which can be devastating to a host nation or city. As a whole, hosting a championship event is seen as a blessing or a curse, depending on factors that only become clear after it’s too late!

Being a world champion is rare and enviable, but for the nation that “wins” a championship, there are few direct or quantifiable benefits. In some cases, the country’s sporting organizations will earn some money, and the participating athletes and coaches will get a financial payday. In most cases, the benefits are more abstract and immeasurable, such as improved reputation on the world stage, or perceived strength and excellence. In short, you may support your nation’s team in a global championship event, but don’t expect any tax breaks if they manage to take home the crown!