The bond order of a molecule is the average of the bond orders of all the possible structures that describe it.

Twenty years before the development of quantum mechanics, American scientist G.N. Lewis realized that molecules must combine and organize themselves according to a certain principle. His theory centered around covalent bonds, which, unlike ionic bonds, didn’t demand an exchange of valence electrons, but instead required atoms to share some of them. The atoms share as many electrons as required to completely fill their valence shell.

Lewis drew small diagrams to illustrate this camaraderie, which are now called Lewis structures. A Lewis structure describes the structure of a molecule by connecting the atoms with lines. The lines represent the number of electrons that have been shared between two or more atoms. Thus, when two atoms share two electrons, we depict it by connecting them with two lines. The number of lines, or more precisely, the number of chemical bonds that comprise a molecule, is called its bond order.

For instance, the bond order of carbon dioxide and methane is 4, which can easily be discerned by examining their Lewis structures. Notice how the magnitude of electrons shared between each pair adequately fills the valence shell of both atoms. Hydrogen only requires a single electron, as its shell is filled when it contains 2 electrons, not 8.

However, computing bond order by simply referring to the number of lines in the Lewis structure of a molecule is only acceptable under the Valence Bond (VB) theory. When it comes to the Molecular Orbital (MO) theory, the alternative theory that describes molecular bonding, the bond order might be the same, but the implications are drastically different.

The Valence Bond theory provides a crude representation of molecular structures, whereas the Molecular Orbital theory gives a more accurate and realistic representation of how molecules are formed. In the former, one can observe how the electrons depicted by dots above the atoms are localized, meaning that their location is definite. On the other hand, MO theory is based on the quantum mechanical theory of atoms. It takes into account the probabilistic or non-localized nature of electrons and the distinct energy levels involved.

There is no winner among the two: VB theory is easier to understand, but doesn’t explain the minute, yet highly crucial details that MO theory explains with the help of highly esoteric and sophisticated concepts. However, this comprehension of geometry and the detail of a molecular structure come at the expense of the ease with which a layman can visualize it. 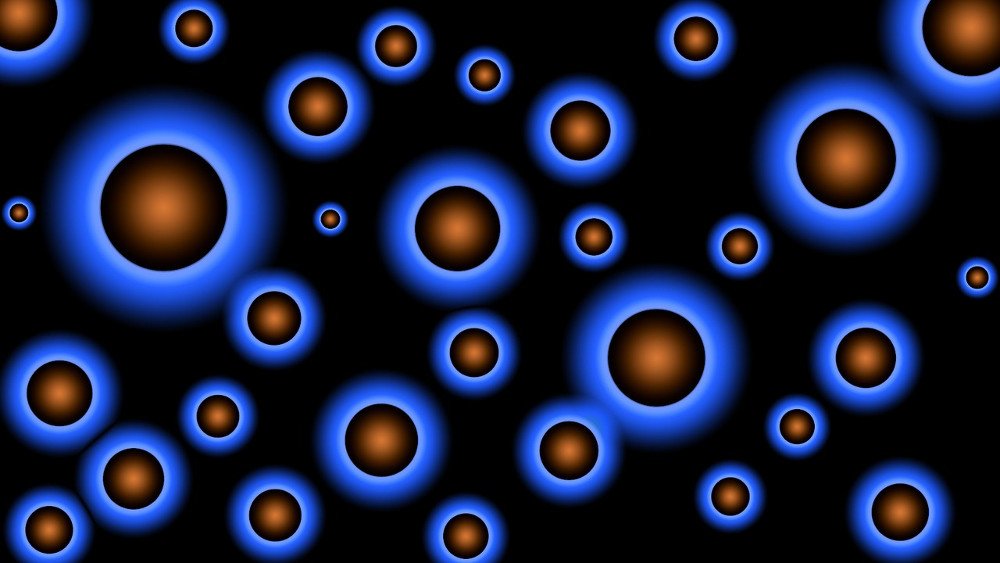 This is why the implications of MO theory can often be drastically different. For instance, the bond order of an oxygen molecule is found to be 2 in both theories, but VB theory doesn’t explain the paramagnetic properties that oxygen exhibits. Experiments have demonstrated how liquid oxygen is weakly affected by a magnetic field. An atom exhibits any type of magnetism when it contains unpaired electrons. If you refer to the Lewis structure of oxygen, you will find that all the electrons are paired, which would render the atom diamagnetic or unaffected by a magnetic field. However, MO theory reveals oxygen’s structure in its true detail. The MO theory rightly predicts the presence of unpaired electrons in oxygen’s orbitals, and therefore its paramagnetism.

However, before determining the number of electrons in certain orbitals, one must fill these orbitals with electrons first. To fill the orbitals, one must know the rules according to which orbitals are occupied. Without understanding this rule, computing a molecule’s bond order would be impossible. I’m sure there are many clever tricks or shortcuts to arrive at the number, but by learning them, you would be deprived of important conceptual knowledge.

People aware of the rules can refer to this expression to compute the bond order of a molecule:

Those who aren’t aware have no option but to learn them. If it helps, one can simply learn the rules for filling atomic orbitals. The rules to fill molecular orbitals are the same, except that each “bonding” orbital is followed by an “anti-bonding” orbital. While atomic orbitals are filled as 1s2s2p… molecular orbitals are filled as 1s1s*2s2s*2p…. The asterisked orbitals represent anti-bonding orbitals. Unfortunately, the rules will not be fully explained here, as it would cause us to unnecessarily digress. You can find them in this article.

People aware of the rules can compute the bond order of, say, oxygen by using the above expression. In total, a single molecule of oxygen consists of 12 valence electrons. Now, according to the rules, the electrons must be arranged in this manner: 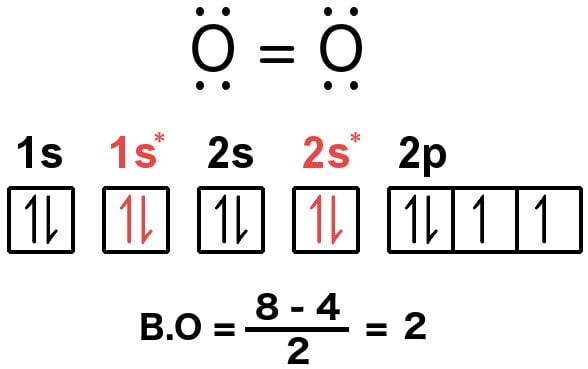 We see that there are 8 electrons distributed in bonding orbitals, while 4 are in anti-bonding orbitals. Substitute the numbers in the expression and you will find that the bond order of oxygen is 2.

The two orbitals are like Jekyll and Hyde – they inhabit the same geometry, but the anti-bonding orbital exists at a notoriously high energy level, which denies the combination of electrons any stability, whereas the bonding orbital exists at an energy where electrons can comfortably bind, allowing the resulting molecule to attain stability. In fact, the energy of a bonding orbital is lower than the energies of the individual levels that the electrons inhabit in a single atom. This means that the electrons would rather combine and form a molecule than exist in unpaired. 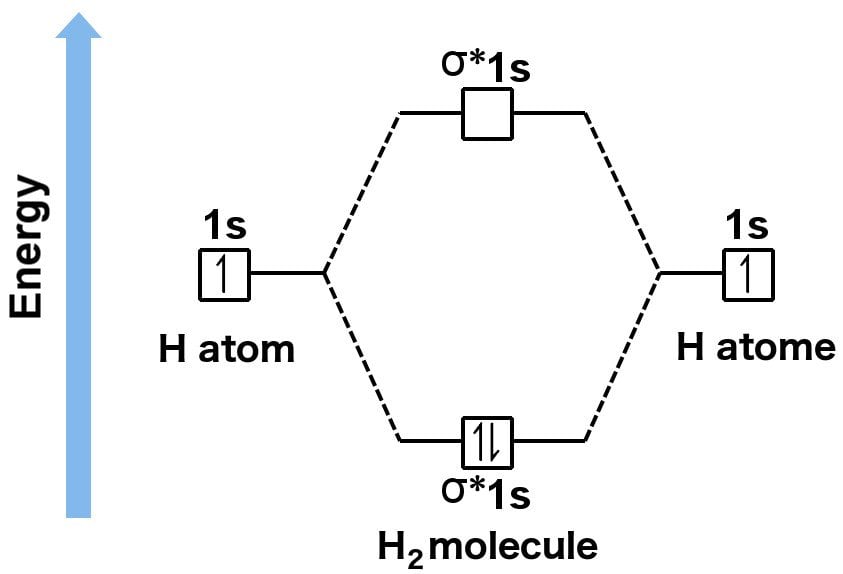 The bonding orbital of a hydrogen molecule exists at a lower energy than the individual levels of single hydrogen atoms. This means that the electrons would rather combine and form a molecule than exist in an unpaired state.

The bond order of a molecule gives us a measure or index of the strength of the bonds that bind it. The bonds bind the atoms like a rubber band binding your two hands. A double-bond would mean that the rubber band is now folded in half and tied around your hands. Due to the strength of this new double-bond, your hands have moved closer to each other. The molecule is now more stable. Similarly, three bonds or three folds would move your hands even closer. Furthermore, the stronger the bond, the more energy is required to break it — the hands are much easier to free when bound by a single-fold rubber band than a double- or triple-fold band. The energy required to break the bond is referred to as the molecules’ bond energy.