Of all the magnificent wonders one finds in nature, magnets are truly one of the most scintillating ones. Magnetism, the underlying phenomenon, along with electricity, together form one of the four fundamental forces that account for all phenomena in our Universe.

The first thing that usually comes to mind when thinking about magnets is a compass. Its quivering needle in the presence of a magnetic field is what fascinated Albert Einstein, whose father gifted him one when he was an adolescent. This single event is believed to be his introduction to the mysterious or obscure ways of nature.

This single event can be traced to what stimulated his curiosity and compelled him to devote his entire life to unveiling the underlying mechanisms of a wide range of phenomena, from the haphazard lurching of infinitesimal atoms to working out the forces governing the movement of the heavens. 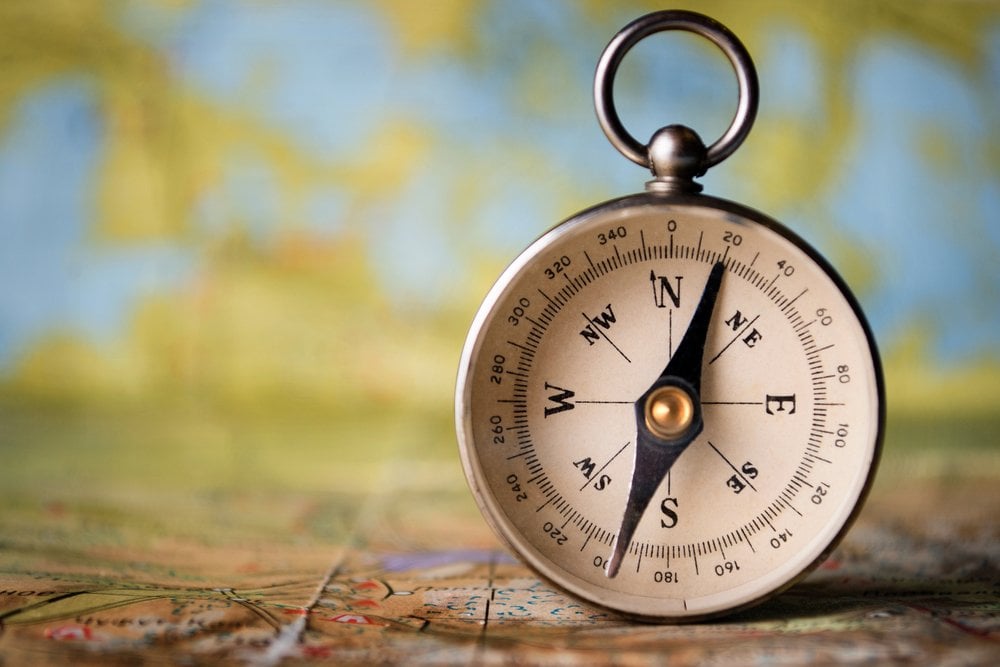 Another simple object that resonates with this idea is Iron. This metal is something that one would readily associate with a magnet. If we observe the behavior of iron through a pigeonhole, one can conclude that its magnetic properties are a serendipitous gift derived from its highly conductive nature.

However, aluminum is not far behind when it comes to conduction. Therefore, why doesn’t aluminum hurl itself towards a magnet like iron does? Does this mean that aluminum isn’t magnetic? For that matter, what makes iron magnetic?

First, we must understand why certain elements are prone to flirt with magnets, while other are not. For this we must dig deeper… much deeper.

Aluminum under normal circumstances is non-magnetic. Aluminum’s lack of magnetism can be attributed to its crystal structure. Aluminum, magnesium and lithium are notable examples of paramagnetic materials. 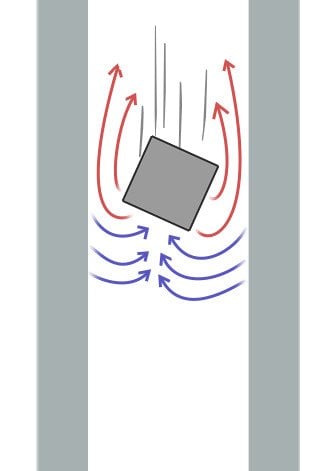 When it comes to the strength of their field, a sheet of aluminum might not be attracted to a refrigerator magnet, but one can observe its hues of magnetism when high-quality magnets are thrown down thick aluminum pipes.

The wafting magnet incites the bypassing aluminum’s dipoles and repels the generated magnetic fields. As a consequence, the magnet slows down in its fall!

Maxwell’s equations tell us that an electric field gives form to a magnetic field and vice versa. However, it is imperative to note that it is a varying electric or magnetic field that gives rise to the other — an accelerated electric charge or a moving magnet in the presence of a conductor. 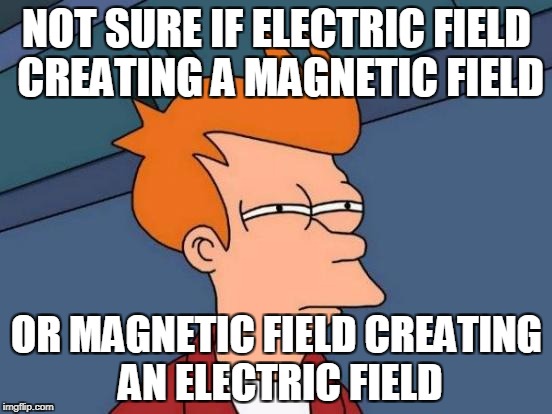 It is observed that electrons do not lay still in energy shells, but rotate on their axis. This rotation, this movement, formally known as an electron’s spin, is what generates a magnetic field. Also, magnetic field lines are not concentric circles, like the ripple of a stone dropped in a pond.

Their directionality, unlike the field lines of an electric field, do not head out straight, moving further from their source. They start from their head and end up at their feet to form a somewhat bean-like shape. This type of geometry gives the impression of two poles at work; thus, a magnet is a dipole. On the other hand, electric charges that radiate in rippling electric fields are known as monopoles.

So, a spinning electron giving rise to a magnetic field can be perceived as an enactment of a magnetic dipole. Another principle that governs magnetism is Pauli’s exclusion principle. According to the principle, a distinct energy level can only harbor two electrons, provided they are also spinning in opposite directions. 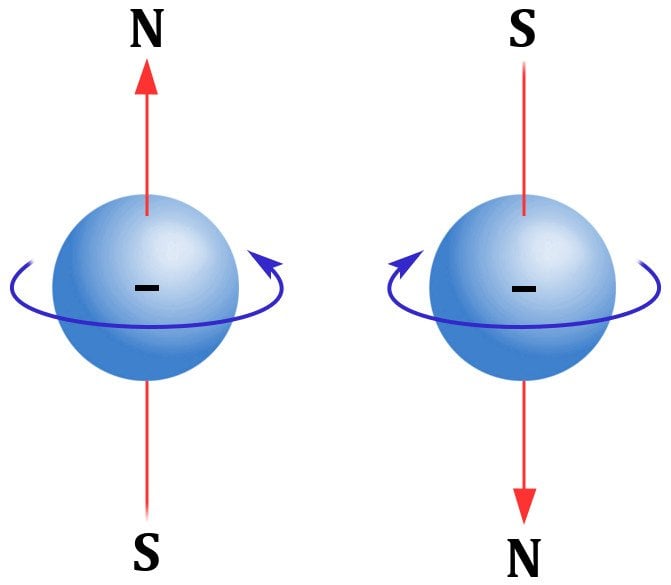 These two crucial factors determine an element’s magnetic potency. Materials can be classified into three types depending on their susceptibility to being magnetized.

Diamagnetism arises when two electrons spinning in opposite directions negate each other’s magnetic capabilities and generate a zero-net magnetic field. These materials have energy levels that are replete with paired electrons.

Diamagnetism is a property shared by all materials, including iron. This is known as the diamagnetic effect. However, its contribution in the case of a magnetic material, like iron, for example, is of a negligible degree. Some notable diamagnetic materials are bismuth, mercury, water and gold.

Ferromagnetic materials are elements that contain unpaired electrons in their valence energy shells. With no other electron to nullify its magnetic field, the presence of this single electron in trillions of atoms contributes immensely to the material’s overall magnetic field strength.

Adding to this, a ferromagnetic material’s composition is such that its dipoles align exactly parallel to their compatriots or directly in the direction of an applied magnetic field. The dipoles are in the order of 10^12 or 10^15 and are compressed into distinct regions collectively known as magnetic domains. The magnetic component contributed by each dipole then adds up to generate a highly tenacious magnetic field.

Ferromagnetic materials are the most susceptible to give in and be attracted to a physical magnet. In fact, for a transient period of time, the material continues to behave like a magnet, even when the external field is removed. The most prominent examples are iron, cobalt and nickel.

Finally, paramagnetic substances are materials that possess a composition that is quite similar to ferromagnetic materials. They contain unpaired electrons in their partially filled energy orbitals, but the major difference is that not all of their dipoles line up in the direction of the applied magnetic field.

The misaligned dipoles obstruct the magnetic fields created by the aligned ones. This peculiarity causes paramagnetic materials to prefer external magnetic fields, but only to a certain degree. Simply put, they behave like a very weak magnet. These materials tend to be weakly attracted to permanent magnets and immediately revert to diamagnetism when the external field is removed.

The discrepancy regarding the alignment of dipoles is caused by the triumph of randomized thermal energy over the newly encountered magnetic energy. We know this because at lower temperatures, paramagnetic substances tend to emulate strong magnets.