Imagine a hypothetical situation where a kid who loves ice cream is going out with his two friends. Initially, he is holding hands with Friend A, but Friend B soon joins then and offers his ice cream to the child. Whose hand do you think he will want to hold then? Obviously, Friend B! Kids are like that. They easily drift towards people who offer them the things they love. Funnily, chemistry also deals with these types of interactions, which are called reactions. 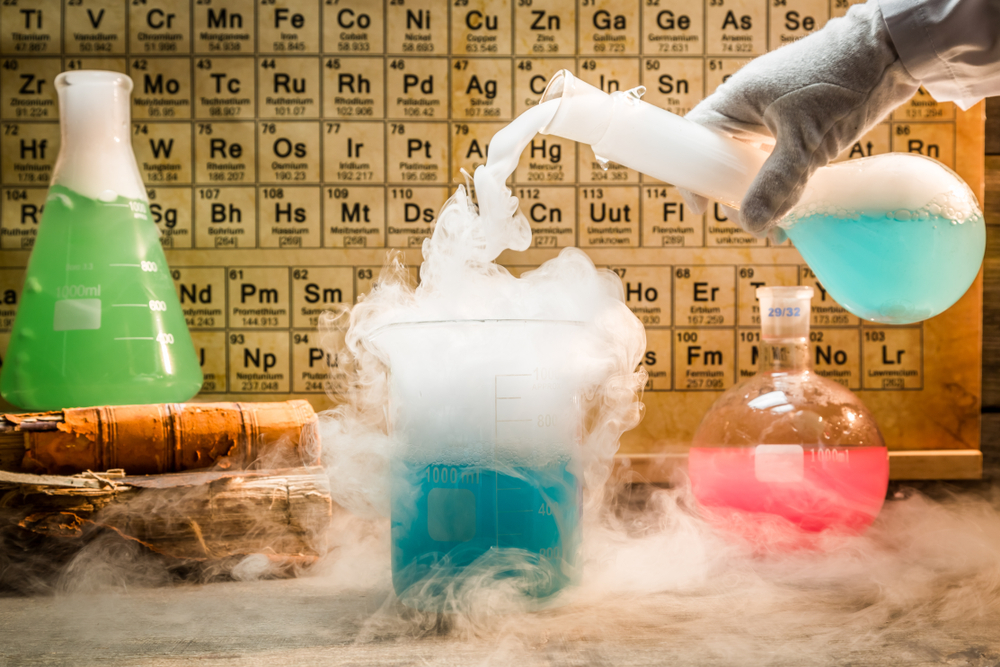 But how do these reactions take place? Let’s take a look!

What Is A Replacement Reaction?

Before diving into the subtypes, let’s explore the basics of this chemistry principle. Have you ever seen a rusted iron rod? This type of object is a prime example of a chemical reaction. A process in which one or more substances are converted into one or more different substances is called a chemical reaction. The substances that undergo a change are referred to as reactants, while those being formed are called products. In the case of rusting, our reactants are represented by iron and water vapor in the air. When these two react, they form rust, which is referred to as our product. 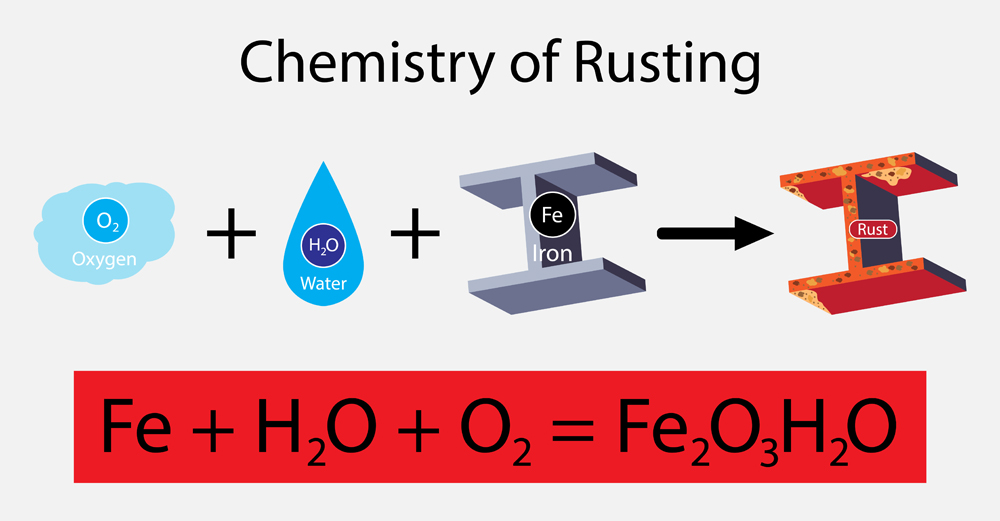 What Are Single Replacement Reactions?

Now that you know what replacement reactions are, let’s take a look at one of its subtypes. Consider the following reaction: A + BC —— B + AC 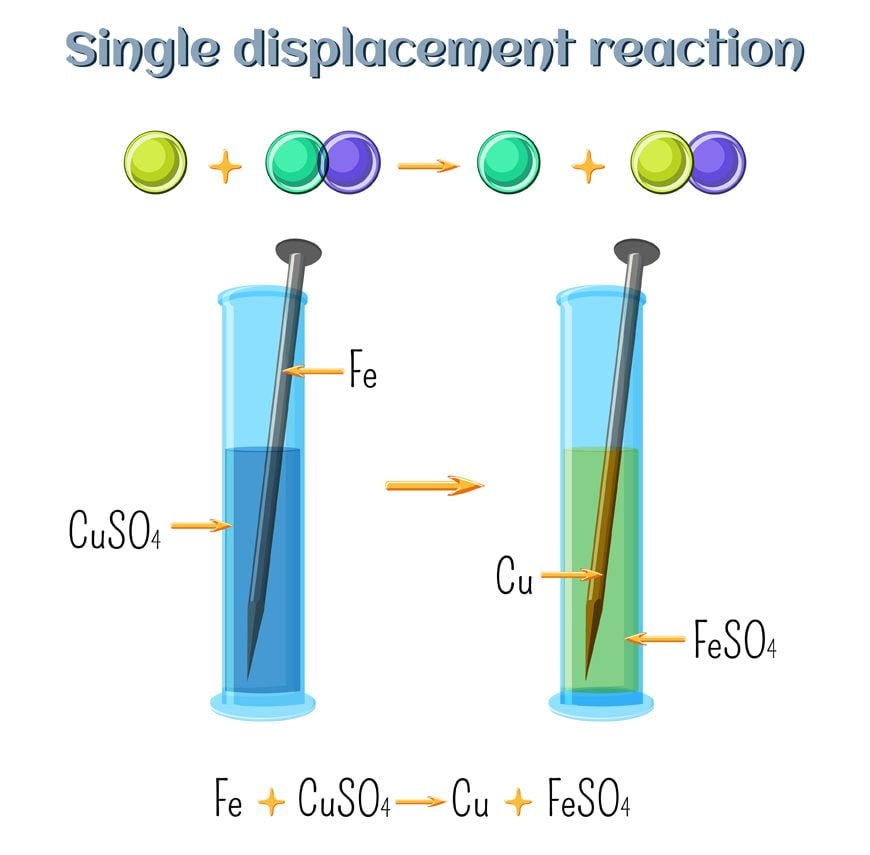 Also Read: What’s The Difference Between A Molecule And A Compound?

To understand this better, let’s consider the following examples:

This reaction easily fits in with the above explanation. Zinc is more reactive than Copper. Thus, when it is added in a solution of Copper Chloride, it replaces Copper and forms Zinc Chloride. Copper is given out in the ionic form. This reaction is also an excellent example of cationic replacement. We say this because the replacing ion has a positive charge, i.e., 2+. As such, it is a cation.

Similarly, when Bromine is added to a solution of Potassium Iodide, it replaces the position of Iodine in the compound. As a result, Potassium Bromide is formed, whereas a molecule of Iodine is given out. This reaction takes place because Bromine is more reactive than Iodine, which is why it replaces it. Because the replacement ions have a negative charge, this reaction is an example of anionic replacement.

What Are Double Replacement Reactions?

The easiest way to understand a double replacement reaction is by remembering the term “swapping partners”. In double replacement, the elements get replaced in both the reacting compounds. Here, parts of two ionic compounds are exchanged, making two new compounds. Let’s consider the following reaction: AB + CD —— AC + BD

Here, the elements in the reacting compounds exchange their partners. In the product, A combines with C, while B combines with D. Because the replacement occurs in two places, it is referred to as a double replacement. Double replacement reactions are also called metathesis or double displacement reactions. Usually, in these reactions, when combining aqueous solutions, a solid product is also formed. This product is referred to as a precipitate, and the reaction is called a precipitation reaction.

For example, take a look at this reaction: 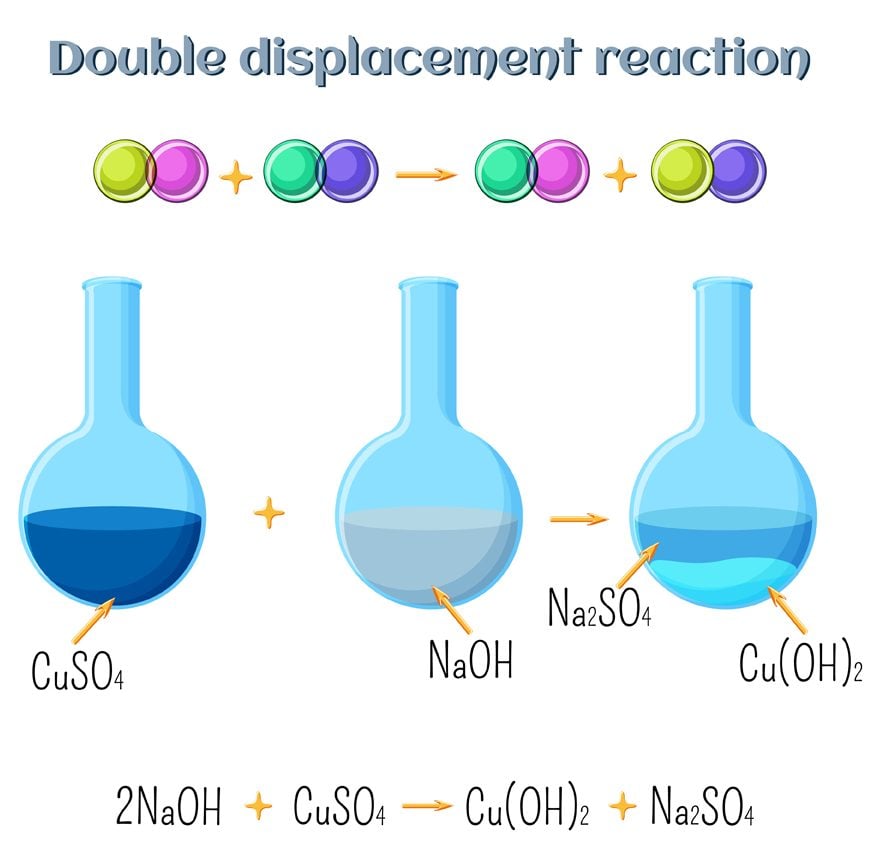