It is common knowledge that there are 3 states of matter: solid, liquid and gas. Usually, elements transition from solid to liquid to gas, or in the reverse order, depending on the change in surroundings.

However, it is also possible to have a direct solid to gas or gas to solid change.

When thinking of such a transition, the most common element that comes to mind is Iodine.

Throughout my primary education, any chapter that related to the states of matter spoke of Iodine and naphthalene being among the few elements that are capable of a direct solid to gas transition.

However, this is actually a misconception.

What is Radioactivity and Is It Always Harmful: Explained in Really Simple Words

Sublimation is the direct change of an element from the solid phase to the gaseous phase, without going through the liquid phase, at a specific temperature and pressure. The reverse process, i.e., changing from gas to solid directly, is called deposition.

As mentioned above, Iodine is one of the common examples of substances that can sublimate. Others include naphthalene and dry ice or carbon dioxide. You may have noticed that mothballs, which are made of naphthalene, shrink and disappear over time. This is because they also sublimate from their solid state directly into a gaseous state. Therefore, they are converted into fumes and ‘disappear’. 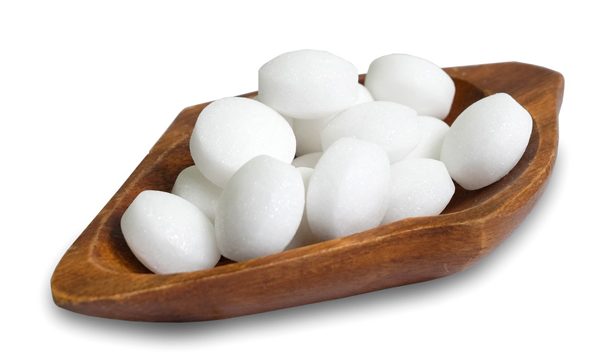 Similarly, if you’ve ever seen dry ice, it is impossible to not notice the thick white fumes that it gives off. This, again, is a visual example of sublimation. Dry ice is nothing but solidified carbon dioxide. At room temperature, it will directly convert to gas and the fumes you can see are gaseous carbon dioxide.

However, almost all elements are capable of sublimation under the right temperature and pressure conditions.

What is a Phase Diagram and why is it important?

A phase diagram of a substance is a graph with temperature and pressure on the x and y axis, respectively. It shows the various temperatures and pressures at which a particular phase of the substance—solid, liquid or gas—can exist and remain stable.

There are three solid lines in the diagram. These show the temperatures and pressures at which the various phases are in equilibrium with each other, i.e., when they can exist together. These lines also denote when phase transition will occur, or, in other words, when the substance will change from one phase to another. The areas marked by the lines show the three phases. For instance, consider the phase diagram for water, as shown below.

Needless to say, the phase diagram for different elements will be different.

On a phase diagram, the 3 solid lines will intersect at one point, known as the triple point. As mentioned above, the lines also show the equilibrium between phases.

Therefore, the triple point denotes the point when all three phases – solid, liquid and gas – can exist in equilibrium with each other. 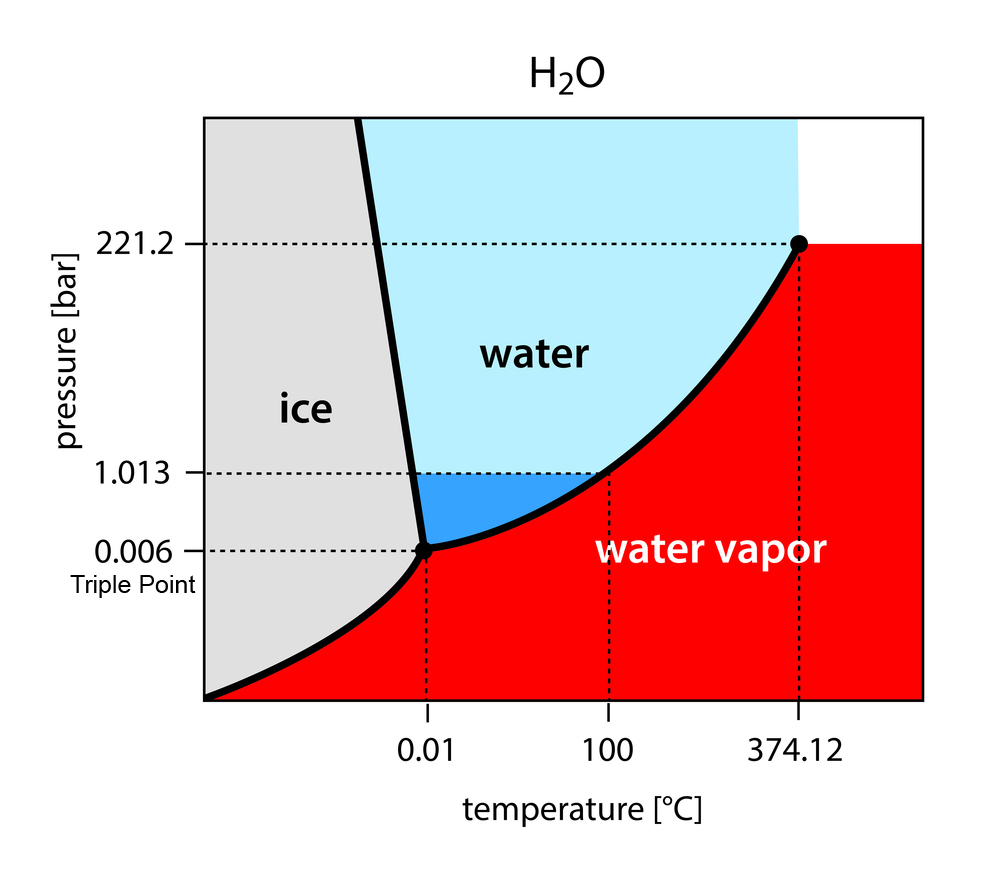 Conversely, at any point above the triple point, we will even see elements like iodine and carbon dioxide go through a liquid phase.

For most elements, however, the triple point is below normal temperature and pressure conditions (NTP), which is a pressure of 1 atm and a temperature of ~20°C. This is why we cannot see them undergo sublimation. However, even substances like water can undergo sublimation, when exposed to conditions below their triple point. For water, these are is 0.1°C and 0.006 atm. 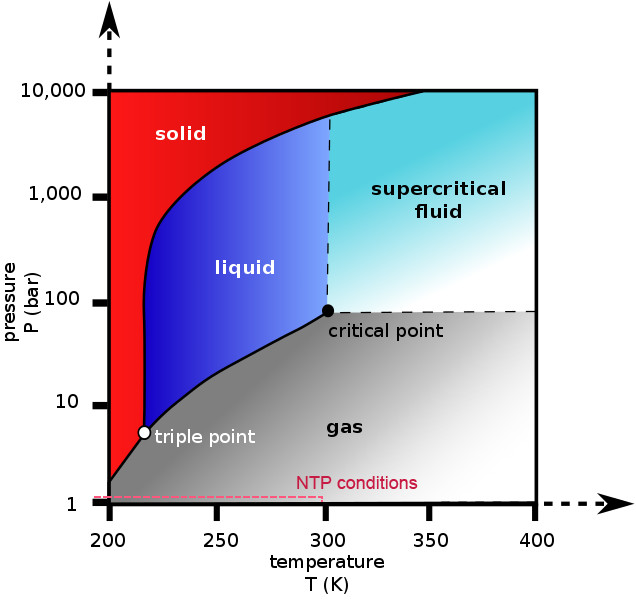 It is also important to note that phase diagrams apply at ideal conditions, meaning that they apply to a single, pure substance in a closed system at equilibrium. These conditions are never met practically, so deviations are to be expected.

In theory, although most elements can undergo sublimation, it’s not possible to practically achieve those conditions. Therefore, in practice, it is best to consider the few ideal elements like iodine, naphthalene and carbon dioxide as examples of elements that can sublimate.