The term ‘latent’ means hidden or unseen. Therefore, the energy required to change the phase of a substance without raising its temperature is called latent heat.

While heating a kettle of water for your morning coffee, have you ever wondered what happens to the heat provided to it? Have you ever pondered about the bubbling that takes place or the steam that accumulates if you place a lid over a pot of boiling water? If not those, then you have surely seen an ice cube melt when you take it out of the freezer. But what scientific principles are behind these regular occurrences? Let’s find out! 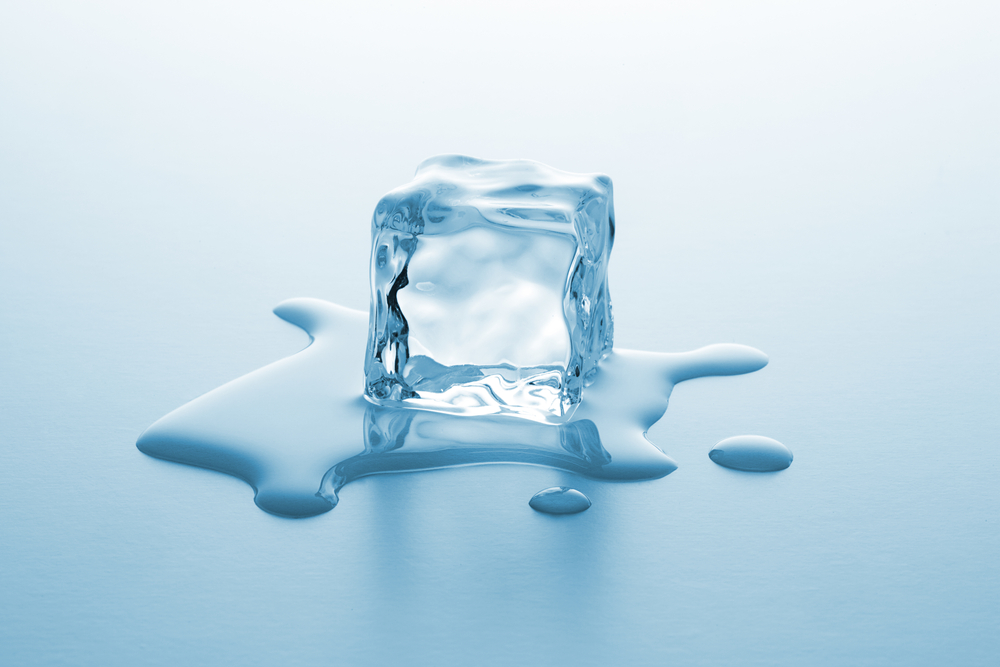 An ice cube melts when pulled out of the freezer (Photo Credit : r.classen/Shutterstock)

Latent heat is related to a change in the phase of a substance. In specific terms, it can be defined as the energy released or absorbed from a substance when the phase changes between a solid, gas, or liquid. It is also the hidden energy that is supplied to or extracted from a substance without raising the temperature of the entire system.

What is latent heat?

Before diving into the details of latent heat, let’s first take a look at energy itself. Every substance—solid, liquid or gas—is composed of two types of energy. One is kinetic energy, which is due to the motion of the particles, while the other is potential energy, which corresponds to the position of these particles in the system.

Another exciting thing about different substances is that their structure varies according to their phase. 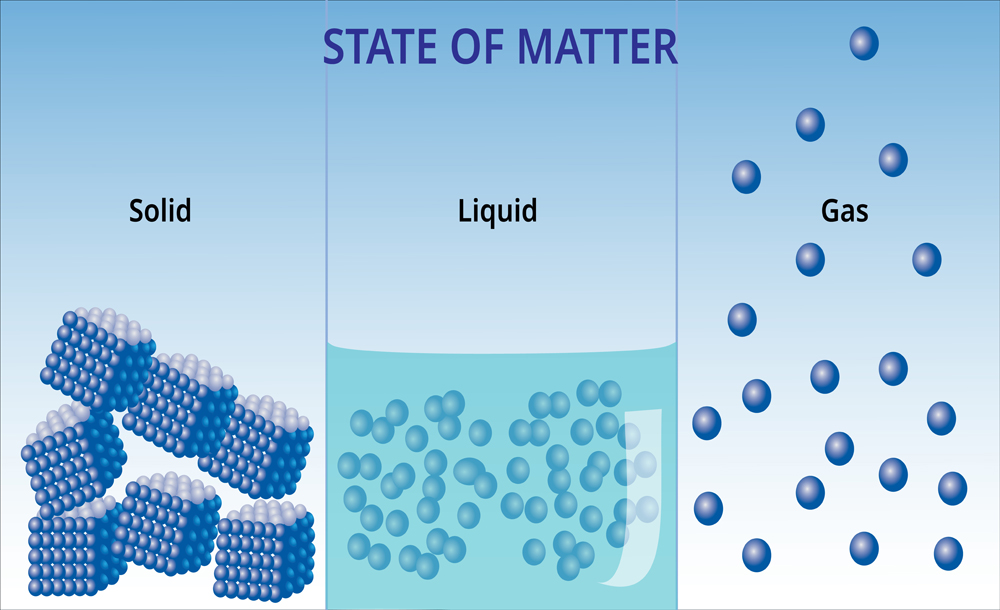 The arrangement of atoms in the three states of matter (Photo Credit : Akarat Phasura/Shutterstock)

The heat required to change the phase of a substance without raising its temperature is called latent heat. Literally, the term latent means hidden; therefore, this energy is hidden within the molecules until a phase change occurs. If you’ve paid attention, in the case of water, heat is enough to cause a phase change. When you pour water in a pan and switch the gas stove on, water doesn’t begin boiling instantly. Instead, after a few minutes have passed, you will notice bubbles beginning to form, and if you put a lid on the pot, it will soon be covered in steam.

Consider two glasses of soda. If glass A has cold soda while glass B has soda with ice cubes in it, which one will stay chilled for a longer time? Obviously, glass B. This is where the latent heat of fusion comes into play. It is defined as the heat required to convert solid into liquid, and vice versa. One important point to mention is that this change also takes place without changing the temperature.

When one attempts to convert a solid into a liquid, heat needs to be provided to the system. On the other hand, when liquid is to turn into a solid, the latent heat of fusion is given off. The latent heat of fusion in ice is much higher than its specific heat, which is why it keeps a beverage cool for a longer time. Additionally, the high value of latent heat in ice and water is also responsible for the slow melting of snow! 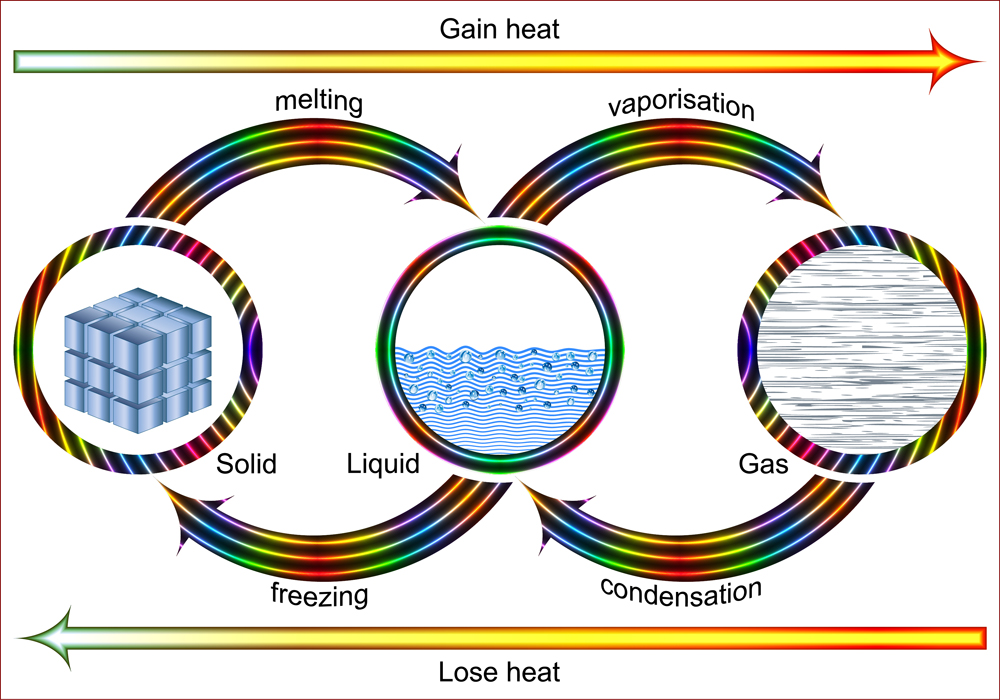 Heat is gained when solid changes to liquid, and then to gas while it is given out in the opposite direction (Photo Credit : Fouad A. Saad/Shutterstock)

Have you ever wondered why your mom always warned you never to bend over a pan of hot boiling water? Obviously, she didn’t want you to burn yourself! However, what does that have to with latent heat? Interestingly, the latent heat of vaporization is the amount of energy required to convert the liquid into vapor and vice versa.

As mentioned above, water can hold an immense amount of latent heat. It is due to the latent heat of vaporization that steam burns are considered to be so dangerous, as compared to burns caused by hot water. This is because when steam burns a person’s hand, it begins to condense. Therefore, it utilizes even more energy for this condensation, which hot water simply does not do. In conclusion, steam water burns are extremely dangerous because of this phase change.

If the temperature doesn’t change, where does the applied heat go?

That is a very logical question! Throughout the article, we have stated that latent heat doesn’t bring about a change in temperature, so when we heat a pan of water, why doesn’t the temperature rise immediately?

The most straightforward answer to this question is that the heat you apply is first utilized in breaking the bonds of the medium in order to change its phase. Because the particles in water are so close to each other, the external heat breaks the bonds, increases the kinetic energy, and transforms the liquid into vapor!