Let me tell you a story.

Once upon a time, there was a kid named Danny. He was a cute little toddler, and although he didn’t complain about where you would sit him down, his favorite place was the floor – especially the floor that had just been wiped clean with a wet mop. He would cackle to himself when he felt the pleasant coolness of the wet floor on his skin. However, after a little while, the floor would become dry, just as before, as though it had never been wet at all! Danny didn’t like that change – not one bit! 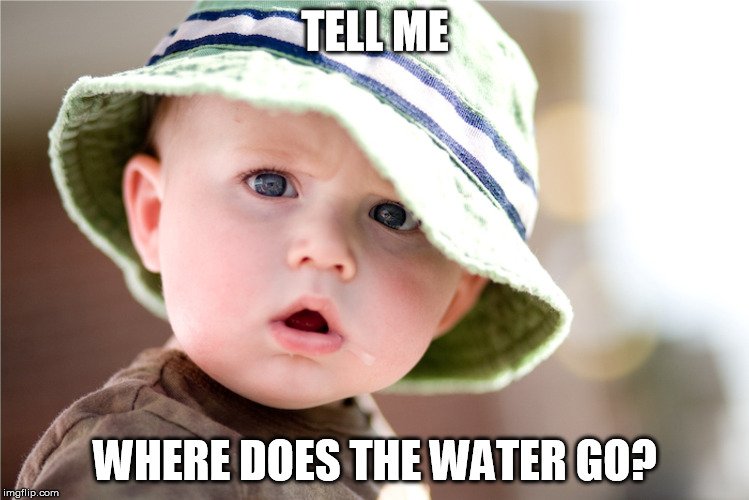 As Danny grew up, he noticed this strange phenomenon in many different places. Water would gradually vanish from the surface of the floor when a room was cool – and even when there was no source of heat or sunlight. Unfortunately, his curiosity remained unanswered for a long time.

Today, Danny lives a peaceful life. He has finally figured out why water disappears, even when there is no sun shining on it or an apparent source of heat.

Start With the Basics

Evaporation is clearly what we’re talking about, and the source of Danny’s frustration.

From the definition that we learnt in school, we know that when something changes its state from a liquid to a gas, that liquid is said to be ‘evaporated’ and the whole process is called evaporation.

This definition is not incorrect, but when talking about certain scenarios, we need to delve a little deeper and understand the phenomenon of evaporation from the inside out.

Evaporation is a type of vaporization of a liquid that occurs from the surface of the liquid and converts into a gaseous state. However, it’s not the only kind of vaporization that causes the conversion of liquid to gas. Can you guess the other?

Boiling is another kind of vaporization that occurs at a bulk rate and is characterized by the formation of bubbles of saturated vapor moving out of the liquid phase. Also, boiling occurs when the liquid is heated to a high temperature, eventually resulting in the conversion from liquid to gas.

However, boiling happens at 100oC (or 212oF), but evaporation doesn’t need that kind of temperature. Have you ever wondered why?

So… Evaporation and Boiling are the Same, Right?

They are actually quite different from each other. Although the end result in both processes is the same, i.e., the conversion of liquid to gas (which is probably the reason why so many people confuse them with each other), but the processes of evaporation and boiling differ greatly from each other. 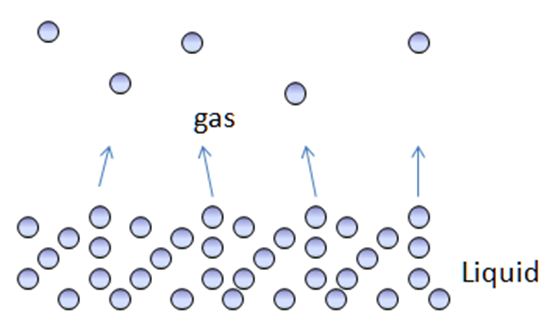 Firstly, evaporation is a surface phenomenon. This means that the process occurs at the surface of the liquid. The molecules that constitute any liquid, say water, are constantly moving in random motion. This is why they possess some amount of energy, which is known as kinetic energy. Every molecule (every single one!) has some value of kinetic energy. Some may possess very high kinetic energy, while others will have a very low amount. However, evaporation is all about the energy of individual particles, not about the average energy of the particles.

Let’s assume that there is a bowl full of water being kept in a room. You would notice that after a certain amount of time, the level of the water in the bowl will decrease. Where does the water go? It turns to gas due to evaporation.

Why Do Molecules Stay in the Liquid Phase Under Standard Conditions?

The intermolecular forces that bind molecules together makes them stay in the liquid phase, but of all the molecules of water, the molecules at the surface (or near the brim of the bowl) are less strongly bonded than the molecules in the middle of the bowl. Therefore, it is comparatively easier for these particles to break free of the forces and turn into a gas.

They leave their liquid state and turn into gas!

Effect of Temperature and Air (wind)

Similarly, for air (wind), if there is no wind, then the process of evaporation will take its usual time to execute. However, if it is a windy day, then the liquid molecules gain energy from the kinetic energy of the wind particles, thus increasing the pace of evaporation. That is the reason why a mopped room eventually dries when a fan is blow over the area.

The Case of Boiling

Unlike evaporation (which is a surface phenomenon), boiling is a bulk phenomenon. Here, the energy is imparted by the process of convection. When a liquid, let’s say water, is boiled from the bottom, the energy of the particles at the bottom is increased to a large extent. After gaining energy from the heat source, these molecules start to move up and impart their excess energy to the particles just above them. These particles then transfer their newly acquired energy to their neighboring particles, and the process spreads. This energy-exchange process is carried out until the particles at the surface have enough energy to lose their state as a liquid and turn into a gas.

Since there are so many water molecules that must undergo this energy transfer for boiling to occur, water is seen to have quite a high boiling point, i.e., 100 degrees Celsius.

What Happened to Danny?

After being gradually enlightened about the magical properties of nature, Danny applied for a teaching position at the world’s most sought after (and coolest) educational institution. 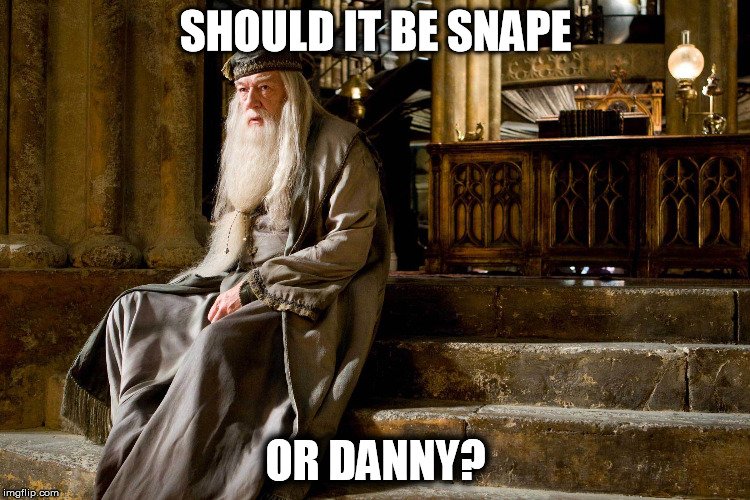 Meanwhile, Professor Dumbledore is having a hard time deciding between Professor Snape and Danny. They both have the qualifications….