To achieve a “cold fire”, you need to keep the gas around it cold, while still maintaining the freely moving energetic electrons.

Cold fire is not something you can start in your backyard just like that. Instead, you’d require the perfect physical and chemical conditions to achieve this paradoxical stunt.

However, before you plunge into “Cold fire DIY”, you should first wrap your minds around the phenomenon of fire and some of the common misconceptions surrounding it.

What is fire… exactly?

Fire is often defined as plasma, which is one of the first common misconceptions. It’s quite challenging for physicists to properly deem fire as a plasma, because in reality, it is a “partial plasma” or an “almost plasma”. More details about this can be found here.

Fire is produced when there is accelerated oxidation of an object that is combustible in nature. The flames you see glowing and dancing atop the burning object are often what you refer to as fire. This, in fact, is just the part of the fire that emits visible light. The fire, on the other hand, is the whole exothermic unit that is emitting energy as heat. 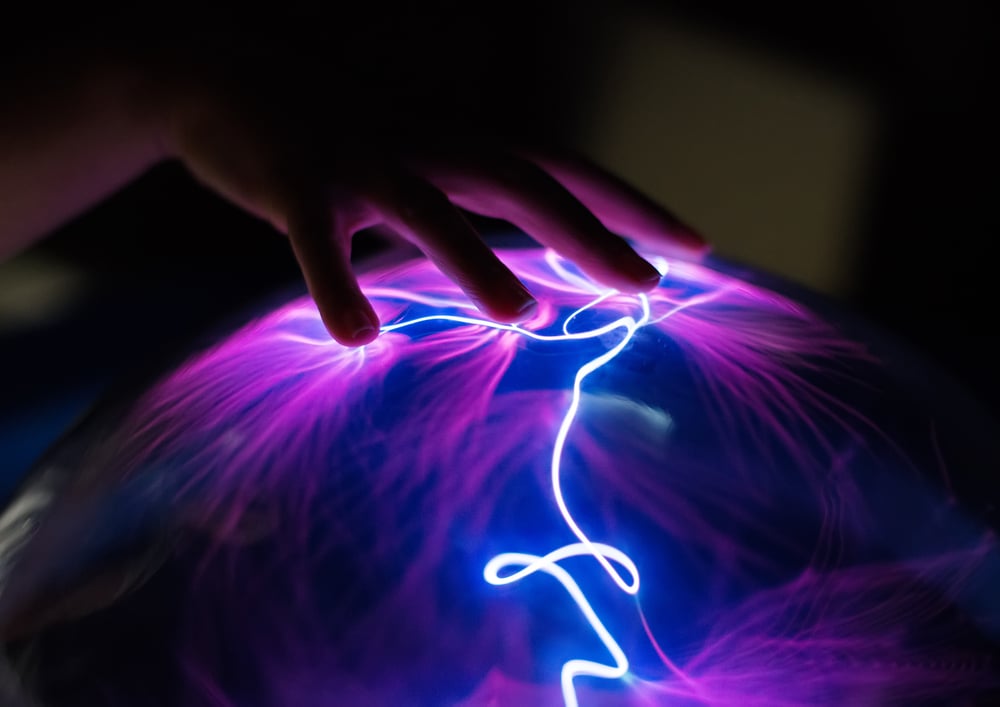 Plasma is a hot ionized gas consisting of an equal number of negatively and positively charged ions. It is the fourth state of matter after gas. (Photo Credit : Dmitri Ma/Shutterstock)

The actual flames are simply gas that is still reacting and partially ionizing to emit visible light. Plasmas, on the other hand, are gases in which a good fraction (almost all) of the molecules are ionized. Of course, fire and plasma both radiate visible radiation, but plasmas are much hotter than fire. Take plasma arc welding as an example. An electrical current passed through a gas that completely converts it to plasma, soaring to temperatures of over 20,000 degrees Celsius. The ultraviolet radiations emitted in this process are strong enough to blind the welder, if not for the safety eye gear. However, can you imagine a candle lamp that strong?

Something familiar that we all agree on is that fire heats and burns… so how do you produce a cooling flame?

All that glitters is not gold; it’s not only the ice that’s cold

With a basic understanding of plasma and fire, you now know that an electric current passed through a gas ionizes it, eventually raising its temperature.

To achieve a cold fire, you need to keep the gas around it cold, while retaining the freely moving energetic electrons.

The way you achieve this is to take away the thermal energy of the gas, a gas that ionizes quickly, gives up free electrons with ease and has a high thermal conductivity at the same time. With our theory in place, all that must be done is to find our superficial gas. However, you’re in luck, my friend, as physicists have already solved this problem for you. 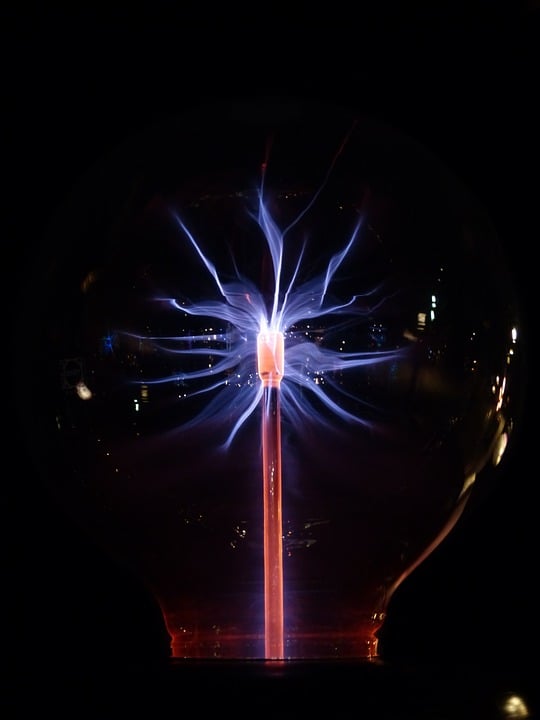 Helium gas is sprayed through the tube where the electrode at the tip ionizes the gas, and at the same time, the thermal energy of the ionized gas is absorbed by the glass tube. (Photo credit : Pixabay)

The noble “helium” gas satisfies all of our required properties. The flow rate of helium is adjusted in a glass tube attached to an electrode, such that it circulates fast enough to ensure that the gas does not accumulate thermal energy, but simultaneously releases free electrons. As the gas flows along the tube, its thermal energy is absorbed by the tube and it is also getting ionized due to the potential applied at the electrode. What you’re doing here is taking away the heat from the atoms, but not from the free electrons.

But wait just a second!

Why don’t the free electrons contribute to a high temperature? After all, they are also storehouses of immense energy due to their random motion within the gas. The answer is simple—they don’t have the necessary mass. Free electrons, although energetic, are shadowed by the much heavier atoms of the gas, so the cold atoms dominate the temperature of the gas.

Eureka! Time to make some ice popsicles. Hold the flame of your “cold fire” right under a water droplet on a stick and see it gradually turn into ice.

Another method of freezing using heat

Researchers have discovered yet another way to manipulate the freezing point of water using what they call quasi-amorphous pyroelectric thin films. These surfaces change the amount of electrical current flowing through them based on the temperature changes they undergo. 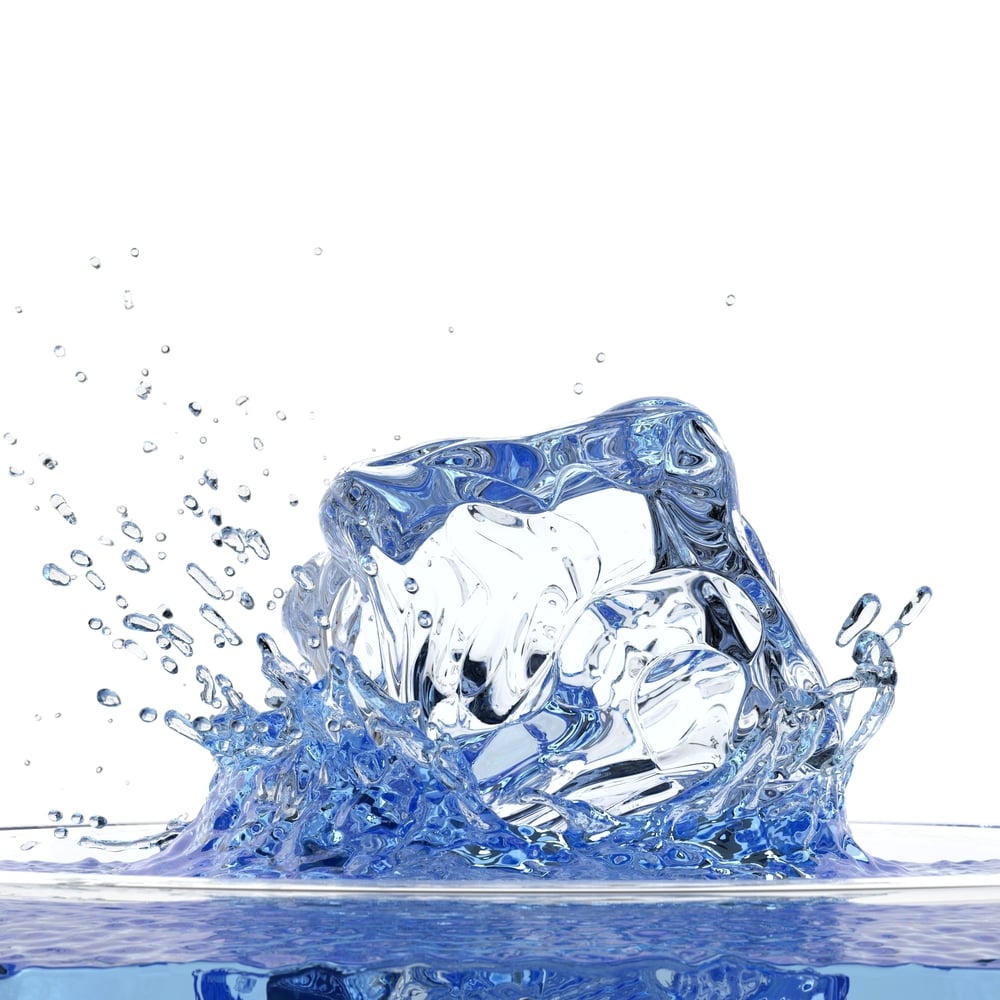 Supercooling is the process of lowering the temperature of a liquid below its freezing point without letting the liquid turn solid. (Photo Credit : MO_SES Premium/Shutterstock)

When pyroelectric surfaces are negatively charged, the freezing point of water drops further, making it difficult to freeze. When it possesses a positive charge, however, it is much easier to freeze water. They observed that as the temperature changes the surface charge, supercooled water can be frozen as it’s being heated.

Surprising right? And not at all your conventional “backyard science”, is it? This field of research has been continually baffling humanity, making us question our pre-conceived laws and paving the way for the new ones yet to be written!

How much do you know about a cold fire? 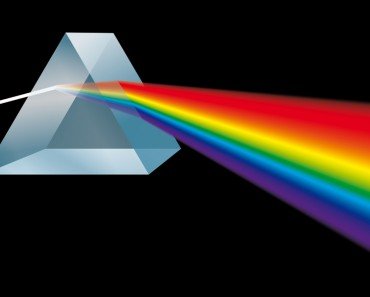