Schrödinger’s Cat is both dead and alive until it is observed, at which point it is only one or the other.

The most famous cat in the history of physics is undeniably Schrödinger’s cat. I’m sure you’ve heard of it! However, you might not be sure why this famous cat is so significant. Want to know why it’s such a big deal to Sheldon Cooper? Well, the answers to your questions are right here! 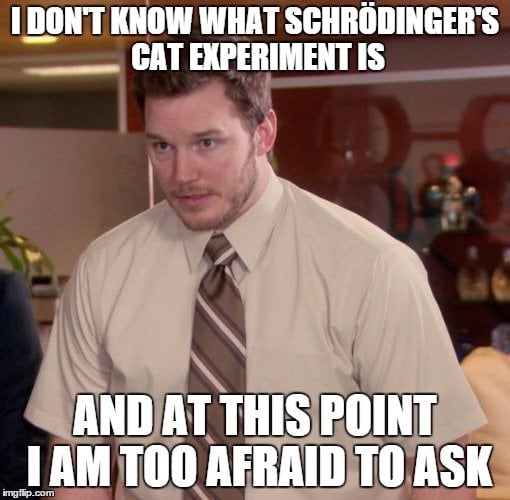 First of all, the cat was not involved in a traditional experiment, per se, but rather a thought experiment. Its purpose was to demonstrate the paradox between the Newtonian universe and quantum mechanics, but without the actual zombification of any real-life kitties. So no, Schrödinger was not some mad cat-torturing scientist… he was actually one of the founding fathers of quantum physics.

What is this “quantum mechanics” business, you ask? Simply put, it is a field of physics that attempts to understand the universe through the study of subatomic particles. Sounds simple? Sorry to disappoint you, but no, it’s not. Quantum mechanics is the underworld of physics where everything goes awry, “universal” laws don’t apply, and nothing makes sense.

By the end of the 19th century, scientists self-assuredly claimed that everything that could be known about the physical world had been discovered and that there was nothing left to be understood. A few decades later, Einstein came along, as well as quantum physicists like Niels Bohr, Werner Heisenberg and Erwin Schrödinger, and they blew a large hole in our understanding of the physical world. The 1920s were a confusing time for scientists. All the new atomic and subatomic science left a bad taste in their mouths, and you can’t really blame them. Quantum mechanics IS incredibly mystifying!

One especially mind-boggling principle of the quantum realm is that of superposition. This concept suggests that a quantum particle can be in multiple states at once, completely indistinguishable, until it is observed. The idea is so ridiculous that most people can’t wrap their heads around the principle. That bizarre concept leads to the second rule of quantum mechanics – when we measure or observe a particular property, the quantum object has to choose one state of the many probable states in order for us to observe it. 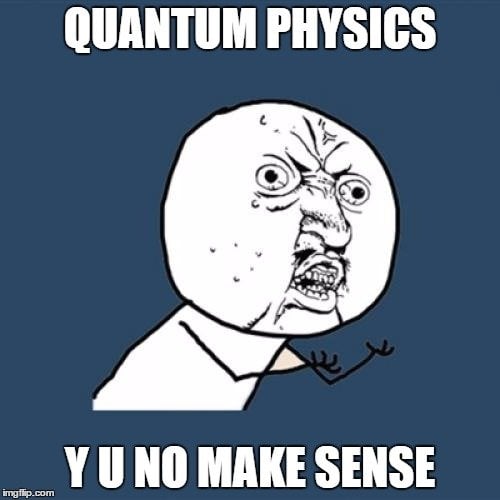 Confused? Imagine that you have two doors in front of you. You have to choose between the two. At any moment in time, you can only be in either of the doors. This is you acting like a particle. Now, imagine water flooding these two doors. The water will seep into both doors at the same time. A subatomic particle is like the water wave seeping into both doors. HOWEVER, the moment you observe the subatomic particle, it would stop behaving like a wave and once again behave like you, a particle, entering only one door. Yes, subatomic particles are sneaky little beasts…

Basically, if you place two completely identical atoms in two boxes of identical environments, when you open the two boxes, you should get the same result, right? Nope. Not at all. That result isn’t because the experiment has gone wrong; instead, it is because even though the atoms are exactly the same when unobserved, the simple act of measuring would change the outcome.

This property of superposition boggled scientists of the 1920s, and still confuses many people today, but Schrödinger came to the rescue of many confused scientists with his now-legendary thought experiment! 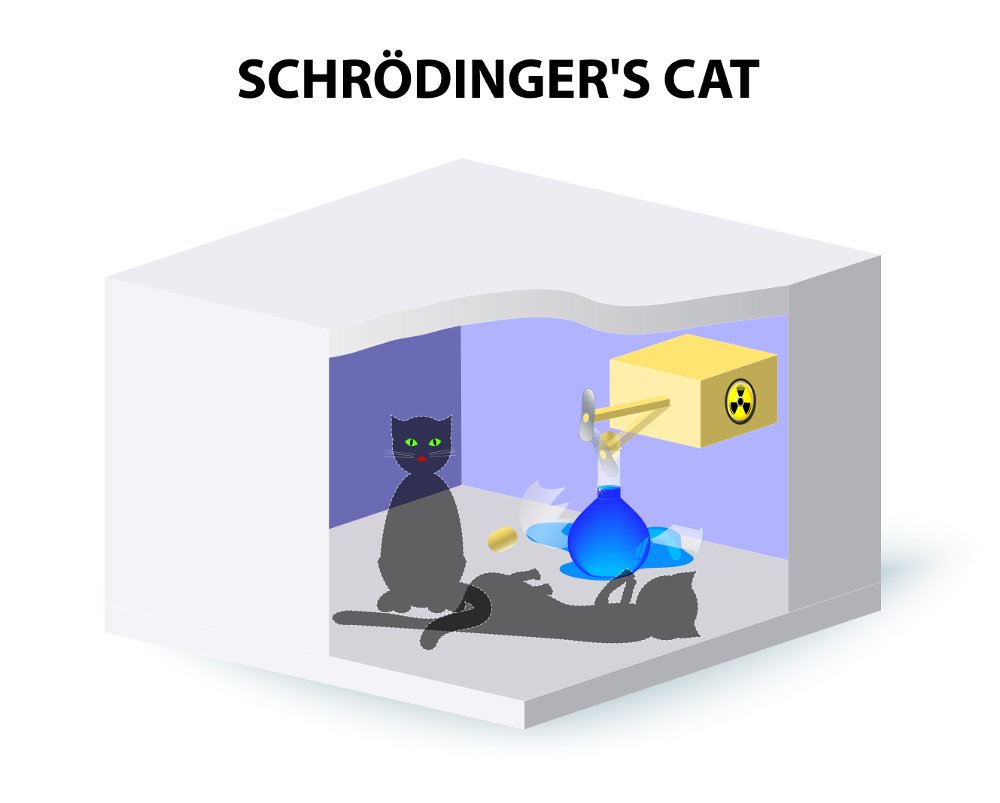 He proposed a thought experiment where a cat is trapped in a box with a flask of poison beneath a hammer attached to a Geiger counter and some radioactive material that had a 50% chance of decaying (Note: Geiger counters measure radioactivity). If the material decayed, the Geiger counter would cause the hammer to fall on the flask of poison, thereby killing the cat with the poisonous fumes that were released. If the material didn’t decay, the cat would continue to live, but an observer outside the box would have no idea of the result. Now, superposition would dictate that the radioactive material is both decayed and not decayed at the same time. Only when the contents of the box were observed would it be possible to establish whether the result was one or the other. Because the cat is directly related to the subatomic particles in the radioactive material, we would say that before observation, the cat is both alive and dead.

Here is where the problem lies. A cat cannot be both alive and dead. A cat must be one of the other. Thus, Schrödinger, with this thought experiment, raised the paradox between the quantum and the macro. It is easy for us to assume that a subatomic object can be both a particle and a wave, can spin clockwise and anti-clockwise, can be decayed and not decayed simultaneously. However, when you juxtapose it with the Newtonian world in which we live, the contradiction is jarring.

If your mind is still reeling because of this idea, don’t worry, you’re not alone! Schrödinger himself couldn’t stand the idea of superposition and developed this experiment just to prove his point regarding its absurd nature.