To write a net ionic equation, you must first break down aqueous participants into their constituent ions & then eliminate ions that are present on both sides (spectator ions) of the equation.

A basic chemical equation includes the reactants and products in their complete molecular forms. An ionic equation, on the other hand, breaks down aqueous components involved in the reaction into their constituent ions. A net ionic equation takes this a step further and only involves ions and molecules that directly take part in the reaction and ditches the spectator ions. 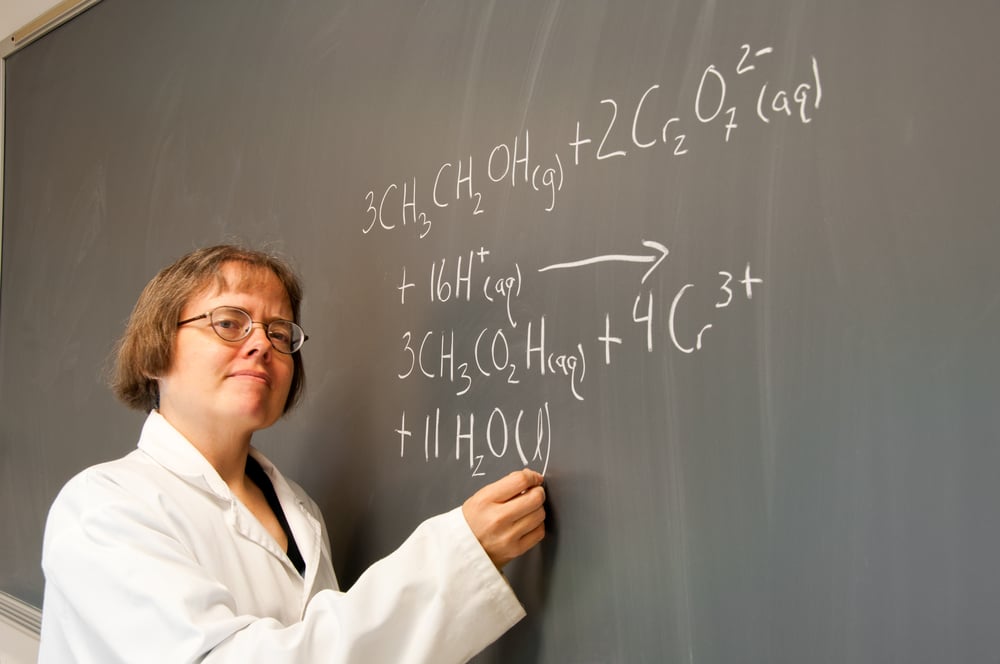 How To Write An Ionic Equation?

Before writing an ionic equation, one must know what ionic compounds are and how they operate.

Ionic compounds are composed of oppositely charged ions (an atom or molecule with a net charge) that are held together by electrostatic force. These compounds dissociate into their component ions when dissolved in an appropriate solvent. When water is used as a solvent, the solution is called an aqueous solution (water is a very good solvent and works for most ionic compounds). You may have seen these solutions labeled with the subscript aq in chemical equations.

The dissociated ions then go on to react with ions of other reactants and yield final products.

However, some ions are present on both sides of a chemical equation and don’t directly participate in the reaction. These ions are known as spectator ions (more on them later).

Now, let’s learn how to write a net ionic equation.

To balance a chemical equation, begin by counting the number of atoms of each element on both sides of the equation. Once all the atoms are accounted for, start by balancing primary elements, followed by hydrogen and oxygen atoms.

For example, the balanced chemical equation for the reaction of potassium chloride with lead nitrate is:

Step 2: Determine The Physical States Of All Reactants And Products

Now, we must identify the physical state of each participant reactant and product in the equation. For this purpose, we make use of the periodic table and the solubility table. The solubility table displays various anions and cations and how combinations of these two particles will behave in water. 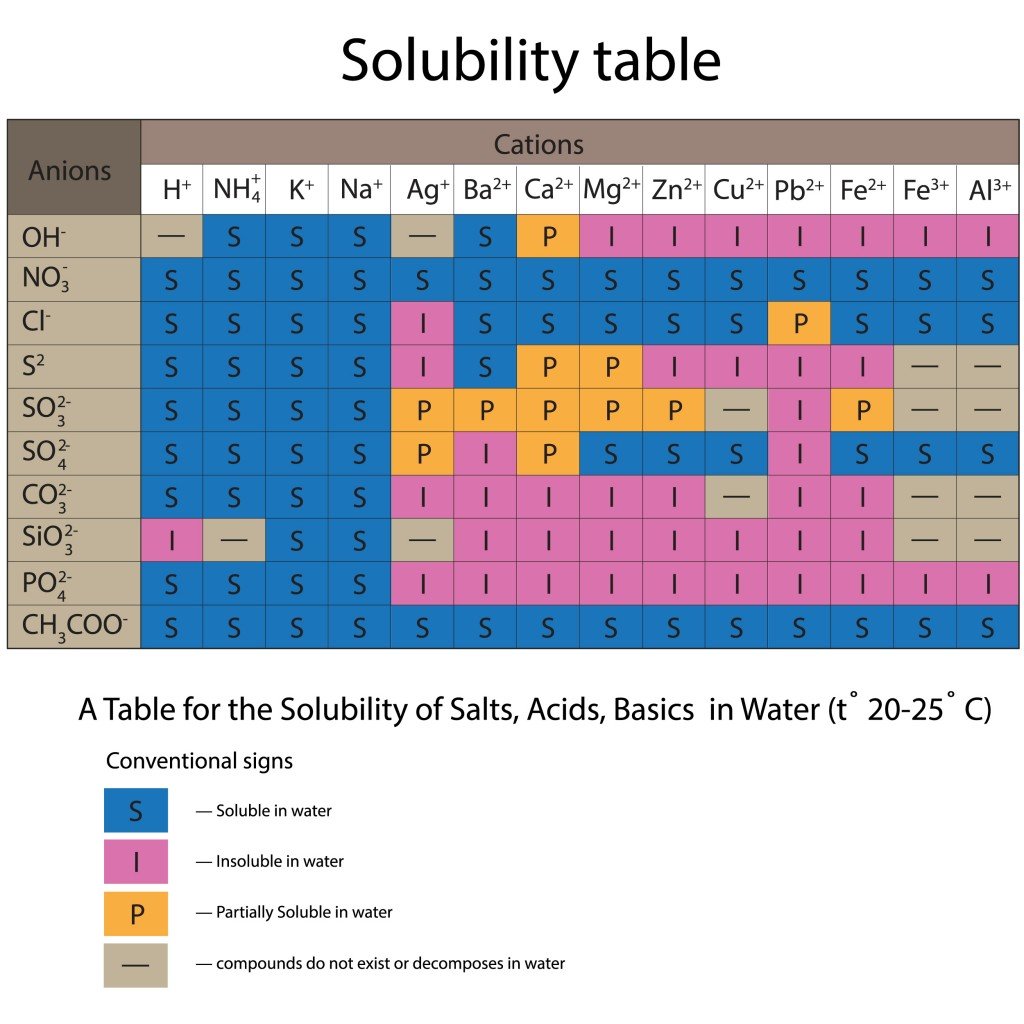 If it isn’t clear from the problem statement, refer to the periodic table to obtain the physical states of participants in their elemental form. For compounds (and salts), if they’re included in solutions, begin by checking their solubility in the solubility table. If they are soluble, go ahead and write their states as aqueous. If the compound isn’t soluble, it must be present in a solid-state. Also, any acid or base involved in the reaction will be aqueous.

Writing the balanced chemical equation with the physical states of each reactant and product, we have:

Step 3: Break Down Aqueous Compounds Into Their Constituent Ions

Regarding our example, KCL will split into K+ and Cl– ions, while Pb(NO3)2 will break down into Pb2+ and 2NO3–  on the reactant side.

On the product side, KNO3 will dissociate into K+ and NO3–  ions. As a solid, PbCl2 will remain as it is.

Note: Do not forget to multiply each ion with the stoichiometry coefficient it was affixed with in the balanced chemical equation. Not doing so will leave the ions and their charges unbalanced.

Now, for the final step, and to write the net ionic equation, all we need to do is remove the spectator ions. As mentioned earlier, when ionic compounds dissociate into their ions, only some of them react with other ions to form products, while others sit back and watch them react. Much like spectators at a sporting event, these ions don’t directly participate in the reaction, but merely spectate, and are thus called spectator ions. The ions that react with other ions to form products may be called principal ions or player ions. 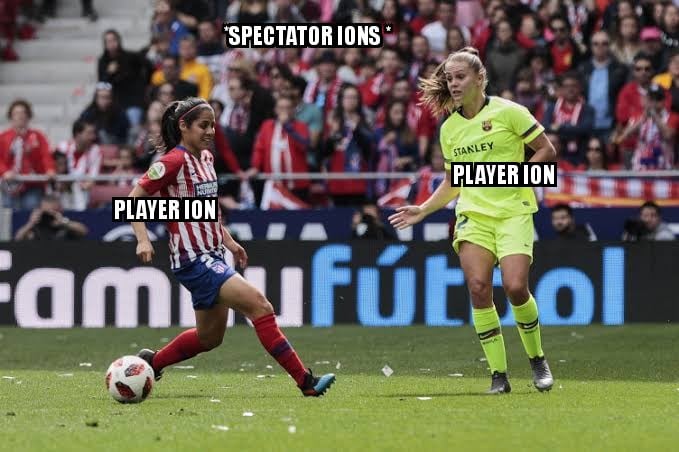 Spectator ions similar to spectators do not participate in a chemical reaction.

Spectator ions appear unchanged on both the reactant side and the product side of a chemical equation. Some of the most common spectator ions include the alkali metals of the first column in the periodic table (K+ & Na+) and halogens, such as Cl–  & F–. Since these ions don’t participate in the reaction, they also do not affect the equilibrium.

For the reaction of potassium chloride with lead nitrate, K+ and NO3–  ions are present and unchanged on both sides; these are the spectator ions. The ions Cl– and Pb2+ form the final product PbCl2 and are the player ions. Simply cancel K+ and NO3–  and rewrite the equation with the remaining participants to obtain the net ionic equation.

On rewriting the equation, we have:

After rearranging the reactants, the equation is:

Writing a net ionic equation on its own isn’t difficult, but it does require knowledge of various topics. These include aqueous solutions, ionic compounds, the solubility of various compounds and how to use the solubility table, among other things.

Similarly, when writing the ionic form, ensure that the number of ions and their charges are balanced on both sides of the equation before canceling the spectator ions to reach the final ionic equation.