If you’ve ever used old batteries to power a device, you might have noticed that they don’t always sufficiently power the item. On closer inspection, you may even find orange-red flakes covering the terminals. After removing these flakes, the device should work just fine.

However, why did those flakes develop on the cell and why did the battery not supply sufficient power before removing the flakes? 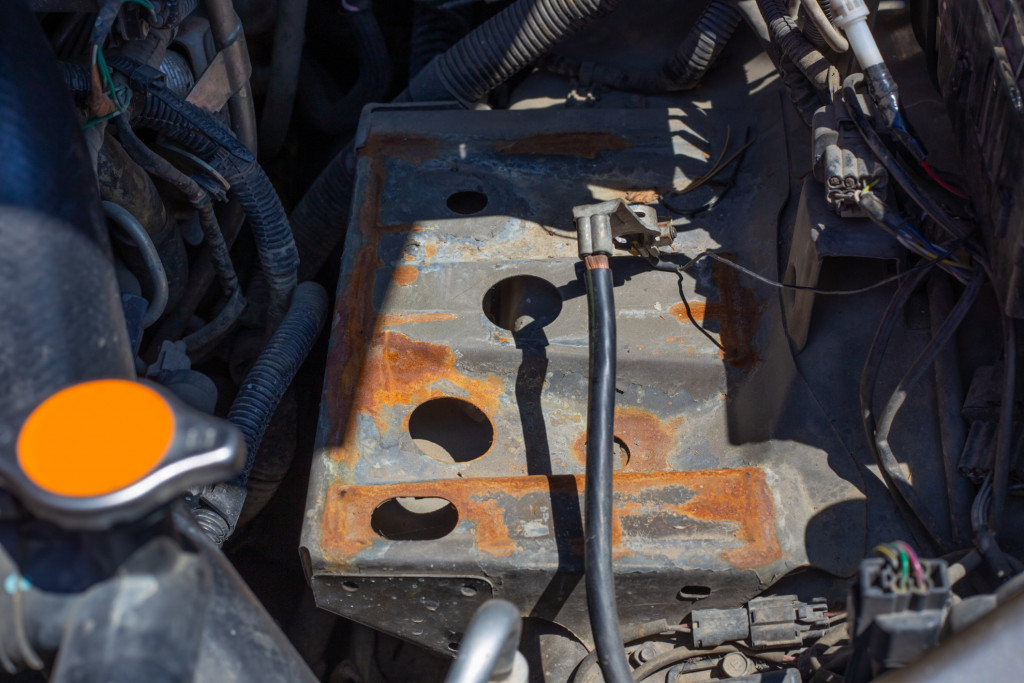 The branch of science that answers these questions is electrochemistry.

A Word About Conduction

The property of matter that allows a directional flow of electric charge carriers due to the application of a potential difference is called electrical conduction. This directional flow of charge carriers with time is called electric current. Conductivity is an intrinsic property (depending only on its internal structure) and is quantified as follows:

Conductivity of a material,

, is the current that flows through a 1 m long sample that is 1 m2 by cross section when a unit voltage (1 volt) is applied. Mathematically, the relation is expresses as follows:

I = Current (measured as output)

a = area of cross section

Since conduction is a measure of the flow of charges, only those materials that contain free charge carriers (ions, electrons, protons) can conduct electricity.

Rust is the chemical product of a redox reaction between metallic iron and oxygen in the presence of water ,which acts as a catalyst (speeds up the reaction speed). Iron gets oxidized to various iron oxides, which range from orange-brown to red in color. Rust is the general name referring to all these iron oxides and iron hydroxides. 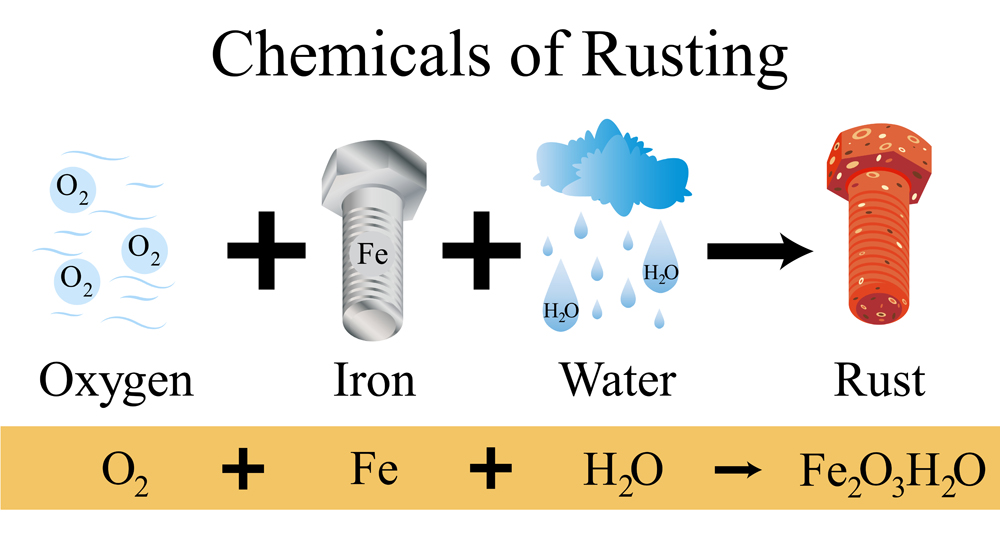 The reaction for rust formation consists of various sub-reactions that dictate the speed of reaction and the formation of rust. This is a redox reaction where Iron gets oxidized and Oxygen gets reduced. The reactants involved are metallic iron (Fe), Oxygen gas from the atmosphere (O2) and water vapor/moisture (H2O).

Rust is the general term for Fe(OH)2, Fe(OH)3, FeO, Fe2O3 and higher oxides and hydroxides of Iron.

Recall that conductivity is a property that results from the ordered movement of charge carriers due to voltage. Charge carriers can be ions, electrons or protons. If free charge carriers don’t exist, then no current will flow upon the application of voltage.

About the Ionic Bond 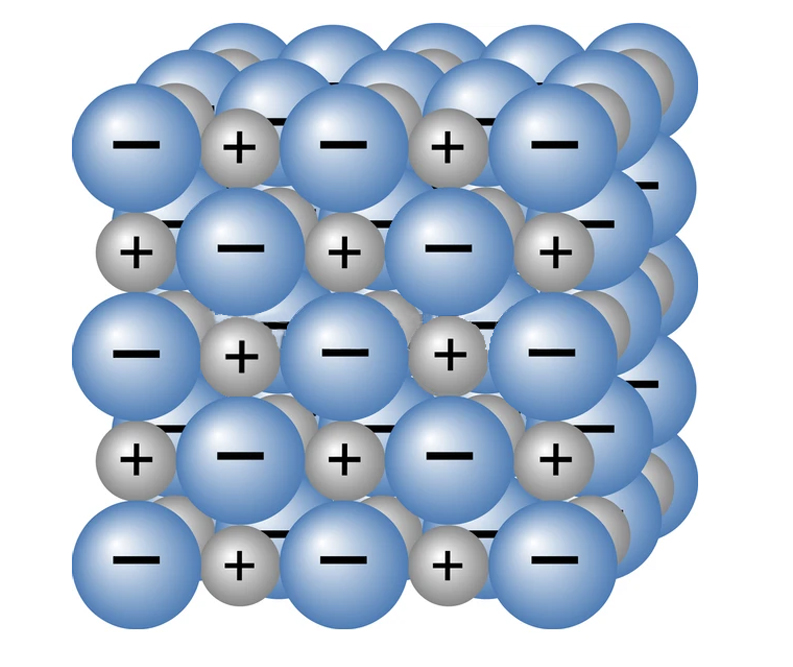 The electrostatic force of attraction between ions is strong enough to keep them solid at room temperatures. (Photo Credit : OSweetNature/Shutterstock)

Why is Rust an Insulator?

When in an aqueous solution, molten or gaseous form, ions are free to move, thereby conducting electricity. However, when in solid phase, ions are not free to move, and are instead bound together strongly to form crystals. The tendency of ions/charge carriers to move in the presence of voltage is called mobility.

Since ions are not free to move in solid crystals, rust cannot conduct electricity!