Do you remember that one time when you were enjoying ScienceABC articles on your smartphone with a cup of tea for intellectual stimulation when the phone slipped and fell into the cup, effectively destroying both?

Conventional wisdom dictates that liquids and electronics don’t go together, but do you know what exactly the tea did to your phone? Also, if alcohol had replaced that tea, would the result have been the same?

The answer is explained by differences in the chemical and physical properties of water and alcohol.

A water molecule has two hydrogen atoms bonded to one oxygen atom, denoted by the chemical formula H2O. Oxygen and Hydrogen form a bond by sharing an electron pair, with each electron in the pair being donated by Hydrogen and Oxygen, respectively. This is called a covalent bond. A consequence of sharing electrons is that there are no free electrons to conduct electricity. In fact, pure de-ionized water doesn’t conduct electricity.

Oxygen has an amazing property to attract electrons towards itself more than Hydrogen (electronegativity). In a water molecule, the electron pair is bound more tightly to Oxygen and Hydrogen. Thus, a partial negative charge develops on O atoms and a partial positive charge develops on H atoms. The geometry of water molecules is such that there is a separation of charges (centers of positive and negative charges don’t coincide).

A molecule may have elements with different electronegativities and yet be non-polar, such as methane, CH4. This makes water a polar (having poles of opposite charges) molecule. Due to this, minerals like Ca2+, Mg2+, Na+, Cl– etc. get dissolved (the negative pole of the water molecule attracts the positively charged mineral ions and vice-versa). These ions can conduct electricity in the presence of a potential difference.

Also, the intermolecular bonding is strong in water due to intermolecular Hydrogen bonding. This is the reason for the high boiling point of water, as compared to alcohols. 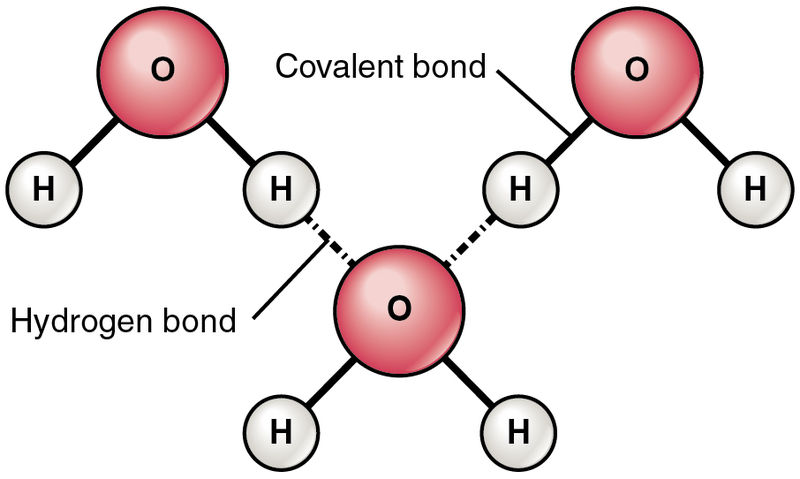 In common parlance, alcohol refers to either liquor or the liquid for medical purposes. However, in science, alcohol is not a single liquid, but a class of organic (i.e., carbon-containing) compounds that have the functional group (-OH). A functional group is a collection of atoms, such that some distinctive properties are associated with the organic compound bonded to it.

As was the case with water, the bonds formed between elements are covalent bonds (sharing of electrons). This translates to a lack of free electrons and ions to conduct electricity. Thus, pure alcohol is also an insulator.

Dissolving mineral ions in alcohol becomes more difficult than dissolving them in water, as there exists steric hindrance (difficulty accommodating new species due to repulsion from existing species) between the carbon chain and the mineral ions; the magnitude of charge is also less on alcohols.

Since the highly electronegative O is attached at one end, it attracts electron pairs towards itself, gaining a partial negative charge and giving a partial positive charge to other atoms. Alcohols can be visualized as having a polar end (-OH) and a non-polar end (carbon chain). This makes alcohol an amphiphilic compound (suitable for bonding with both polar and non-polar compounds), which has applications in both cleansing and disinfecting.

Also, the intermolecular attraction in alcohols is weaker than in water (steric hindrance caused by the presence of a bulky carbon chain). Thus, it is easier to vaporize alcohol than water.

Effect Of Water On Electronics

The consequences of water coming in contact with electronics can be divided into two parts, namely short-term and long-term effects.

Since water contains dissolved mineral ions, it is capable of conducting electricity. When a powered-on device comes in contact with water, multiple terminals inside the device come into contact with the same conductor, i.e., water. An alternate path for current flow is created and electricity starts flowing in directions where it shouldn’t. This is called a short-circuit. During a short-circuit, a huge amount of current flow occurs within a short time span, resulting in excessive heating and in the worst instances, fire!

Since most devices use DC batteries as a power source, water coming into contact with the anode and the cathode of the battery would lead to electrolysis with the evolution of flammable H2 and O2 gases.

Water also contains dissolved oxygen (O2) molecules. All electronics contain PCBs (printed circuit boards). PCBs have metals like Copper, Gold and Palladium as conductors. When exposed to water, a redox reaction occurs where the metal loses electrons and forms a metal-oxide layer. Overtime, this results in the decrease in volume of conductive metal in the terminal (decomposition). In extreme cases, the metal becomes structurally weak and breaks. 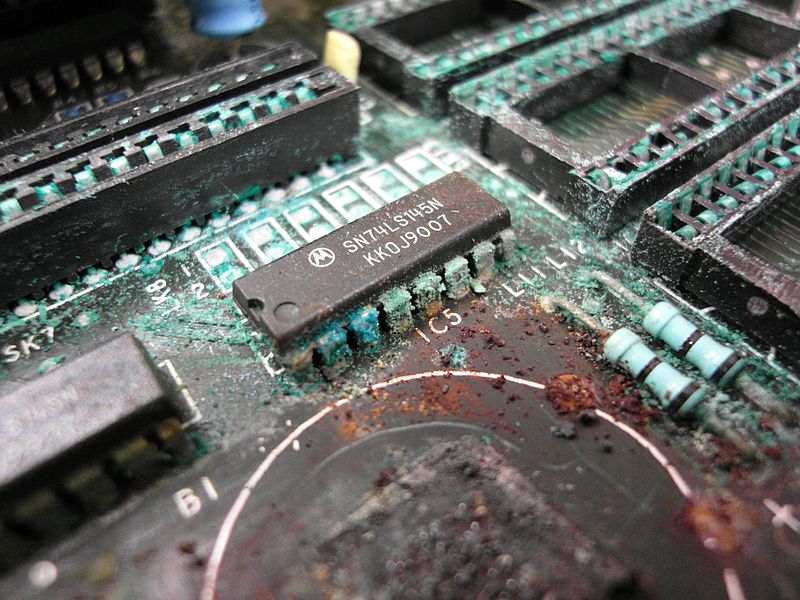 Effect Of Alcohol On Electronics

Alcohols don’t contain dissolved ionic impurities in as high concentrations as those found in water. When alcohol comes in contact with electronics, the lack of free charged species (ions and free electrons) results in no effect on conductivity. Thus, short-circuiting does not occur.

Since alcohol evaporates faster than water, the possibility of alcohol lingering around long enough to cause damage to electronic components is eliminated. Thus, the probability of the display and speakers getting ruined is decreased.

Moreover, since alcohol can bind to both polar and non-polar compounds, alcohol binds to fatty cell membranes of lipophilic germs and also denatures the proteins in microbes, effectively killing them. Thus, alcohols (especially isopropyl alcohol, IPA) are frequently used as cleaning agents. 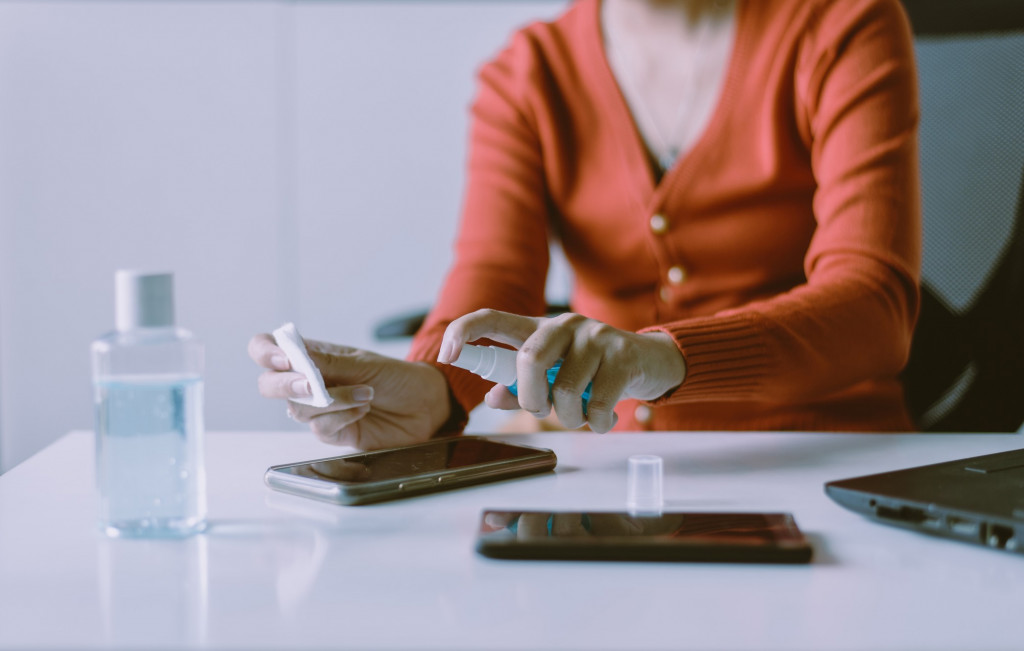 There are cases, however, of alcohols ruining electronics. The flash point (lowest temperature at which the compound forms vapors that are combustible in the presence of an ignition source like oxygen) of alcohols determines flammability risk. If the temperature of the device rises above the flash point, then having alcohol come into contact could be quite unpleasant (the alcohol forms vapors that can ignite). Thus, alcohols should be used only when the device is powered off and cold.

If alcohol comes into contact with both the anode and the cathode of the battery, then it can be electrolyzed, giving off H2 gas, which is flammable in concentrations even as low as 4% (v/v) in the air.

Low molecular weight alcohols like ethanol and isopropyl alcohol (IPA) can dissolve very minute quantities of ionic impurities. If a sufficient volume of alcohol is present (e.g., dipping the device in an alcohol bath) then short-circuiting may occur. 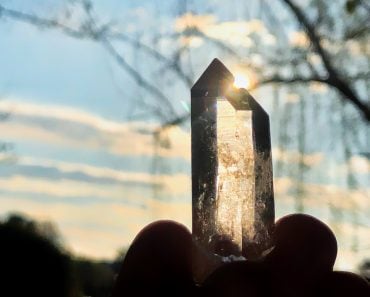