The immune system has some special defense and attack strategies that are specially reserved for viruses. These involve tagging the viruses with antibodies, and killing those cells infected by the virus.

Everyone was given a harsh wake-up call when the COVID-19 virus brought the world to its knees. The culprit? SARS-CoV-2, a teeny tiny virus with a massive capacity for chaos. This is an organism so tiny it can’t be seen with a normal microscope, yet it wreaked havoc on the world.

There are more viruses on Earth than stars in the universe, so why haven’t we always been wearing masks and maintaining social distance?

Primarily because not all viruses can infect us, and for those that do, the body handles them quite well. Before we learn how the body does this, let’s try to understand a bit more about viruses themselves.

To put it simply, viruses are extremely small parasites that infect all sorts of life, from the smallest bacteria to the largest mammals; even other viruses aren’t spared from viral infections!

They are considered parasites because they can’t survive by themselves. Viruses infect healthy host cells and use their cellular “tools” to make more copies of themselves. 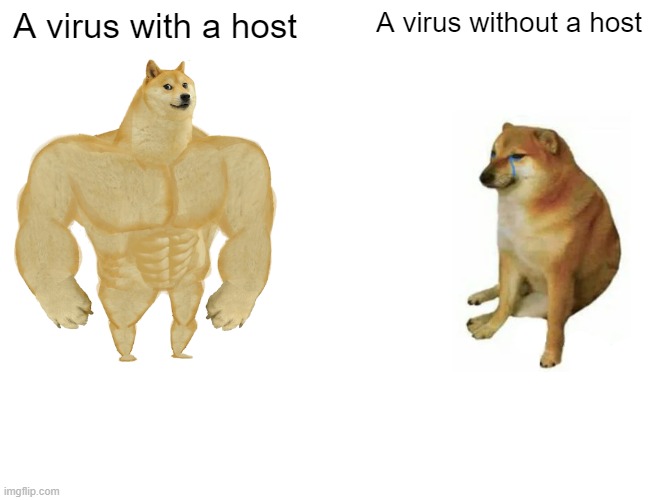 Viruses aren’t so tough on their own.

Viruses are everywhere—in the air we breathe, the water we drink, and the land on which we walk. Yet, even after being bombarded with viruses, our body still manages to stay strong.

This is because of our immune system and its clever strategies to fight back against viral attacks!

The first strategy – Prevent them from growing

If the virus can’t replicate itself, then there’s no need to worry about further problems. It’s that simple!

Some of our immune cells, such as the dendritic cells and macrophages, have receptors on them called Toll-Like Receptors (TLRs). You could think of these like biological antennae that pick up information about foreign beings that enter the body.

There are many kinds of TLRs that are capable of spotting different parts of a virus, such as viral RNA or proteins. Once the receptor detects a viral component, it stimulates immune cells to make defensive proteins, such as interferons.

Interferons are molecules that ‘interfere’ with viral replication, which is how they got their name. They also act as signaling molecules that stimulate other immune cells, like Natural Killer cells, to attack the virus, and they alert surrounding cells that a virus has come to attack them.

Another cool feature of interferons is that they can force virus-infected cells to self-destruct—a phenomenon called apoptosis. This is done in order to prevent the virus from using the host cell’s equipment to make copies of itself. It’s like when a person who has been bit by a zombie kills themself to protect the rest of their group.

T- and B-cells (also called T- and B-lymphocytes) make up the adaptive immune response. This is nothing but a specific immune reaction to a particular target, in our case, the virus. Together the T- and B-cells make up an army that uses different tactics, such as hand-to-hand combat or releasing cellular missiles (antibodies).

These lymphocytes cause a cell-mediated antibody response. T-cells have receptors on them called T-cell receptors, which recognize viruses by their protein structure and alert other nearby immune cells that, “A virus has entered!”

T-cells are also able to recognize virus-infected cells. As soon as they come in contact with one, they go super Saiyan (to all my Dragon Ball Z fans out there) and become T-effector cells.

Th-cells are helper T-cells. These cells are like scouts, always keeping an eye out for the enemy and sounding alarms to alert Tc-cells or B-cells about invading viruses. They bind to viral proteins and recognize them as foreign objects trespassing in our bodies.

B-cells are like the reinforcements that come from Rohan to aid in the War of the Ring against Sauron in Lord of the Rings. They take some time to come, but when they arrive, they fight hard. Just like the T-cell receptors, B-cells have their B-cell receptors that, when activated by Th-cells or other immune cells, turn into antibody-secreting plasma B-cells.

Mechanism of B cell functioning and antibody structure.

Antibodies are Y-shaped proteins that bind to newly formed virus particles and destroy them. If they can’t destroy them, they bind to them and block them from entering and infecting other healthy host cells.

If you’d like to know more about how antibodies work, check out this link.

Fortunately, with our modern healthcare advancements, we have extra help to fight viruses. These include vaccines, anti-viral drugs and other cool health tech to keep us going in this never-ending war.

Furthermore, as time passes and our bodies are exposed to more and more viruses, we develop a better immunological memory. This is basically the body’s record of all the microorganisms that have affected it, making it better prepared to handle any future infections.

Vaccines are just agents that help strengthen this immunological memory so that tomorrow, if a virus infects a vaccinated host, their immune system can easily recognize who’s invading and quickly send white blood cell soldiers into the fight.

Either way, the best way to make sure we stay on the winning side of this fight is to keep our immunity strong and ready. Stay safe and keep your mask up!