You know the signs: your throat is sore, your eyes are watering, your muscles are aching, and your nose won’t stop running. You’ve managed to catch a cold somewhere, and your plans for the weekend are ruined. You can’t imagine how things could get any worse – unless you were to catch another cold at the same time!

As awful as that prospect sounds, is it even possible?

The Many Faces of a Rhinovirus

The short answer to this important question is Yes, you can definitely have more than one cold at the same time, but that isn’t where the story ends.

The common cold is caused by rhinoviruses, but there are more than 100 identified strains of the common cold, and that number is always changing and growing. These rhinoviruses are viral infections that cause those well-known symptoms and typically take a few days to a week to work out of your system, provided your immune system is up to the task.

Speaking of the immune system, when it detects foreign pathogens in the body that are causing a cold, it will launch a rather generic response. The T-cells and B-cells of the immune system will cause inflammation and an antiviral response to fight off the infection.

However, you can be infected by two different types of rhinovirus at the same time (exposure to two different sick people with two different strains of the common cold). At this point, the immune system will be forced to work harder to account for both of the activation signals for the infections, but it’s not all bad news. In many cases, the two viruses will effectively be competing against one another, and the broad reaction of the immune system in the same area of the body (typically the respiratory system), will be able to handle both illnesses. It might take a bit longer than if you’re only suffering from a standard cold, but it isn’t significantly more dangerous. 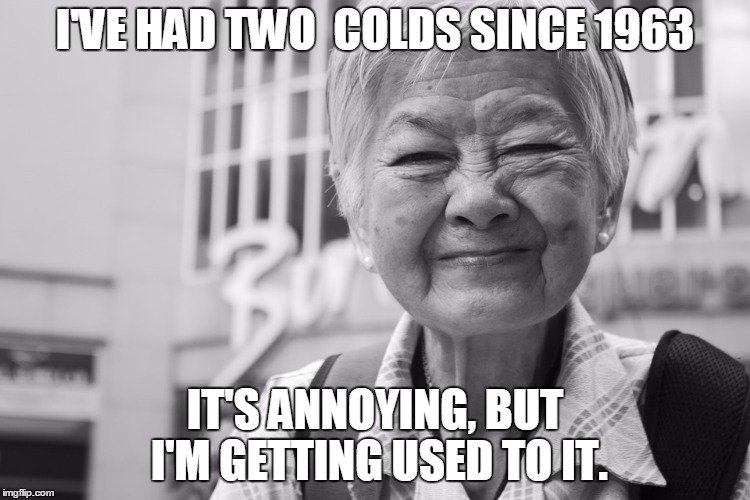 The Dangers of a Superinfection

In viruses, this sort of dual infection is sometimes referred to as a superinfection, due to the high likelihood of viral recombination. 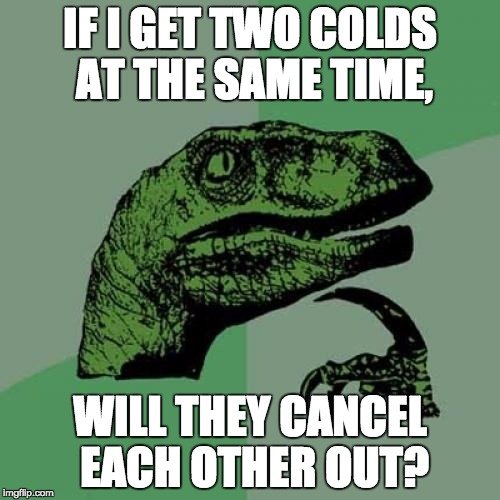 When the genetic material of two viral strains is exchanged, a completely different strain can emerge, one that may be far more resistant to the human immune response and standard treatments for rhinoviruses. Essentially, the cells are co-infected by a second virus. This is particularly dangerous when a person is infected by a rhinovirus and a different virus, such as influenza or the adenovirus. This can put a significant amount of strain on the immune system, as the immune response to the two viruses will be different, requiring slightly more energy and effort to cure both infections.

When two viruses are contracted by the same host, it may be a longer road to recovery, but it is rarely fatal. However, when the body contracts two different types of infections (such as bacterial and viral) at the same time, the outcome can be much more serious, and even fatal. The immune response for viral infections and bacterial infections is drastically different, so if the immune system’s resources are split completely, neither infection will receive adequate attention, or one will be overlooked until it’s too late. For example, most people who die from influenza are actually killed by other infections (commonly bacterial infections) in the lungs or respiratory system, because not only is the immune system being overworked, but the same environment (lungs) is also the battleground for all the immune response activities. 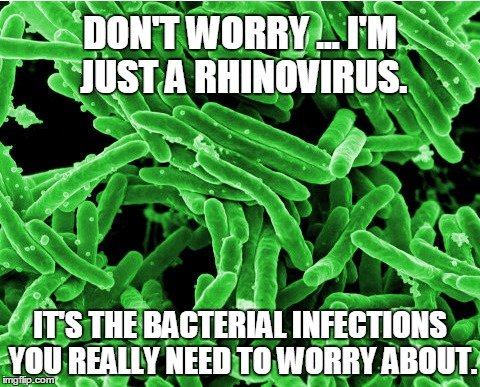 However, next time you think you’re “out of the woods” following a nasty cold and suddenly relapse with slightly different symptoms, don’t be too surprised. You’re probably just dealing with two colds at the same time. Restock your tissue box and get comfortable… your immune system is going back to work!