Sea glass is smooth, frosted, beautiful pieces of glass that are found on the beaches beside oceans and seas. They are formed from man-made glass products and are polished and refined by the waves and currents of oceans, as well as a few other natural phenomena.

What is Sea Glass?

The term ‘sea glass’ is used to refer to the small pieces of glass that are typically found on beaches along bays, seas and oceans, but they can also be found on the banks of large rivers. Sea glass is weathered both physically and chemically due to the constant tumbling action of waves over an extended period of time. 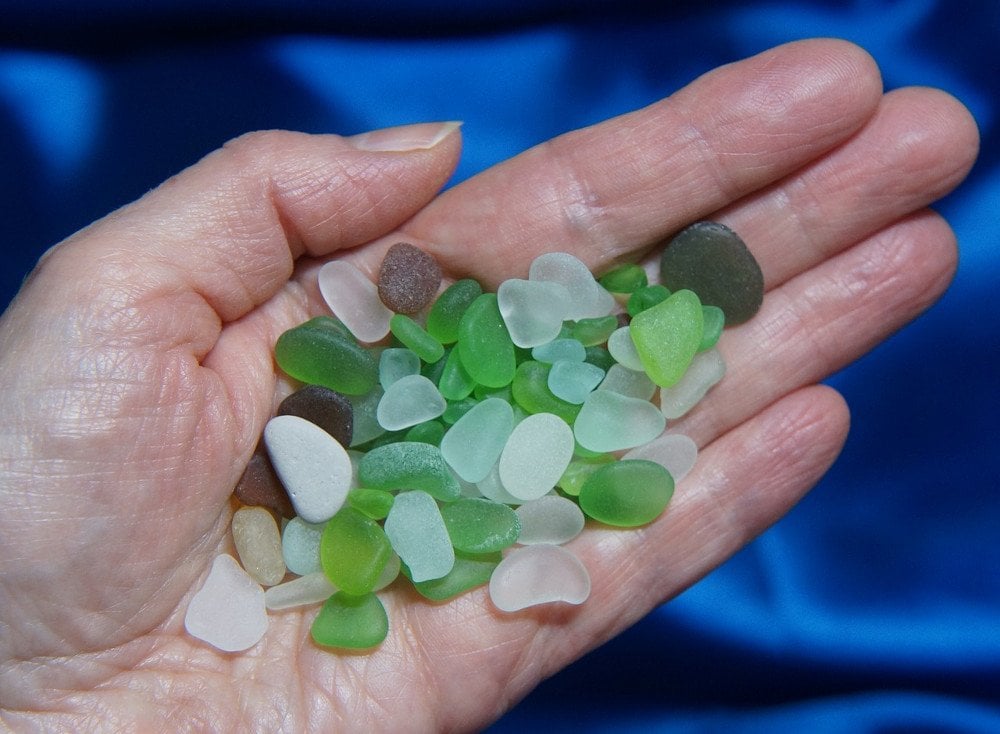 What is Beach Glass?

The term ‘sea glass’ is sometimes used interchangeably with ‘beach glass’, but the two are actually different, despite being quite similar superficially. Unlike sea glass (which comes from saline water of the seas), beach glass comes from freshwater sources, and typically has a less frosted appearance and a different pH balance than real sea glass. However, in most practical situations, these terms can be used interchangeably (Source).

Although sea glass can be found on beaches all over the world, the beaches of the northeast United States, northeast England, Mexico, Hawaii, Puerto Rico, Italy and Australia are particularly well known for their wealth of sea glass. 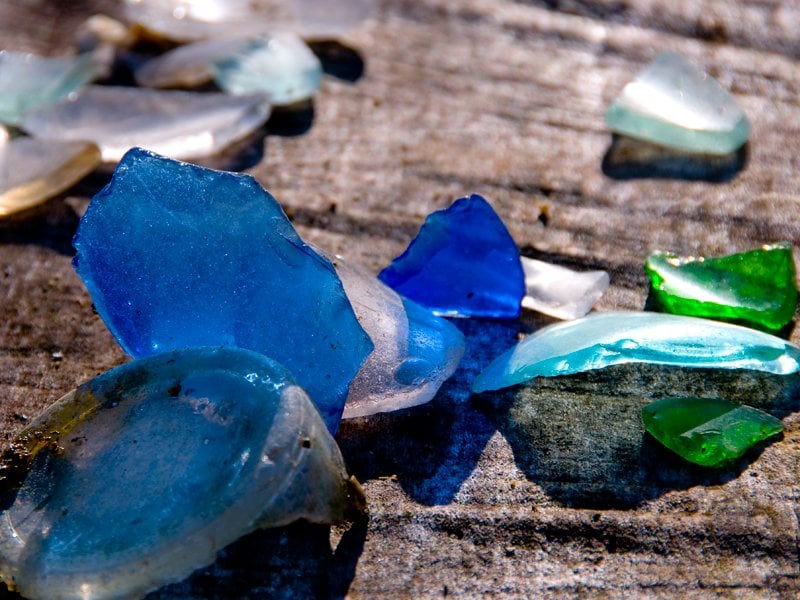 Where Does Sea Glass Come From?

Naturally occurring sea glass (sometimes colloquially referred to as “genuine sea glass”) begins its journey in the form of discarded articles of glass, such as bottles, tableware, pieces of household items lost in natural disasters and even shipwrecks, which are tossed on the shore as the result various human activities. 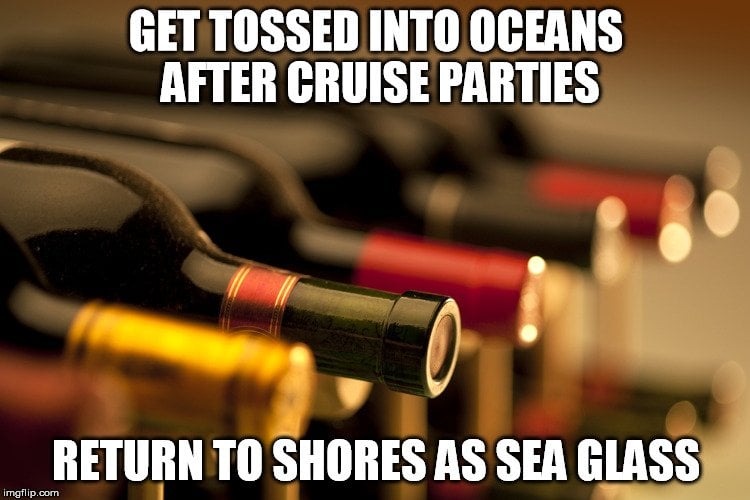 For instance, when you party on a cruise liner in the middle of the ocean and casually chuck used, empty glass bottles into the water, these discarded pieces of glass don’t just disappear in the depths. They are tossed and turned, whacked and smacked, thrown and caught by the tides. They are weathered by sand, salt and other elements of the seas, causing the sharp edges of the glass objects to disappear, giving way to a smooth, polished surface and a frosty appearance.

Unlike natural sea glass (which is rarely available in colors like yellow, cobalt blue, purple, orange, red, turquoise, “black” or Vaseline), artificial sea glass can be easily found in almost every color. This is a surefire way to verify whether a piece of sea glass you’re looking at is natural or artificially produced. 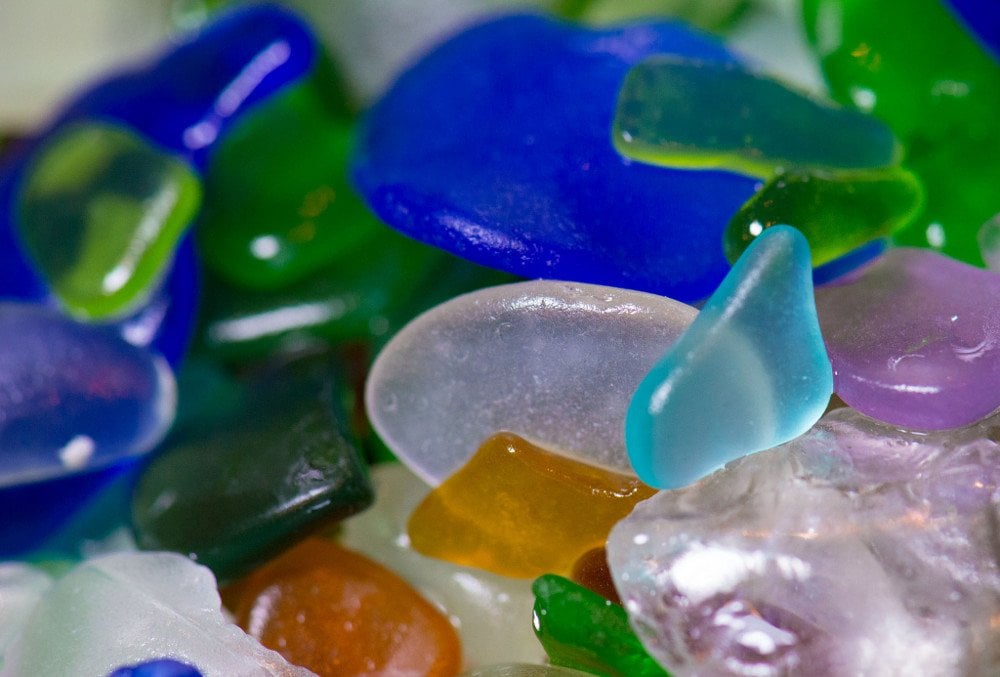 Pieces of sea glass are hard to find!

If you’re one of those people who spend hours on beaches looking for oceanic gems, you would know all too well that pieces of “genuine” sea glass are becoming increasingly hard to find. The reason is pretty straightforward: glass is no longer being used as commonly as it was a few decades ago.

Back in the 1960s and 70s, many things, including bottles, jars and pots were made of glass. These things were often discarded and tossed in water bodies, either accidentally or on purpose. It certainly wasn’t a healthy practice from the perspective of the environment, but it does cause pieces of sea glass to wash ashore, even to this day!

However, with the advent of plastic a few decades ago and its ever-growing popularity, glass products are simply not as common. Today, we are surrounded by far more plastic products than glass items, so we are seeing a severe decline in the quantity of sea glass washing ashore.

Test how well do you know sea glasses