The Sun reflects off seas and oceans because the water acts as a smooth surface on a macroscopic scale. A rippled – but locally smooth – surface will reflect the sun at different angles, creating different observable images of the sun.

If you’ve ever been on a beach in the wee hours of the morning, when the sun is just beginning to appear above the horizon, or even during dusk, when the sun is about to set, then you have probably observed the signature glint that it leaves on the sea water while rising/setting. The sight is truly magical, but it is also somewhat mystifying. 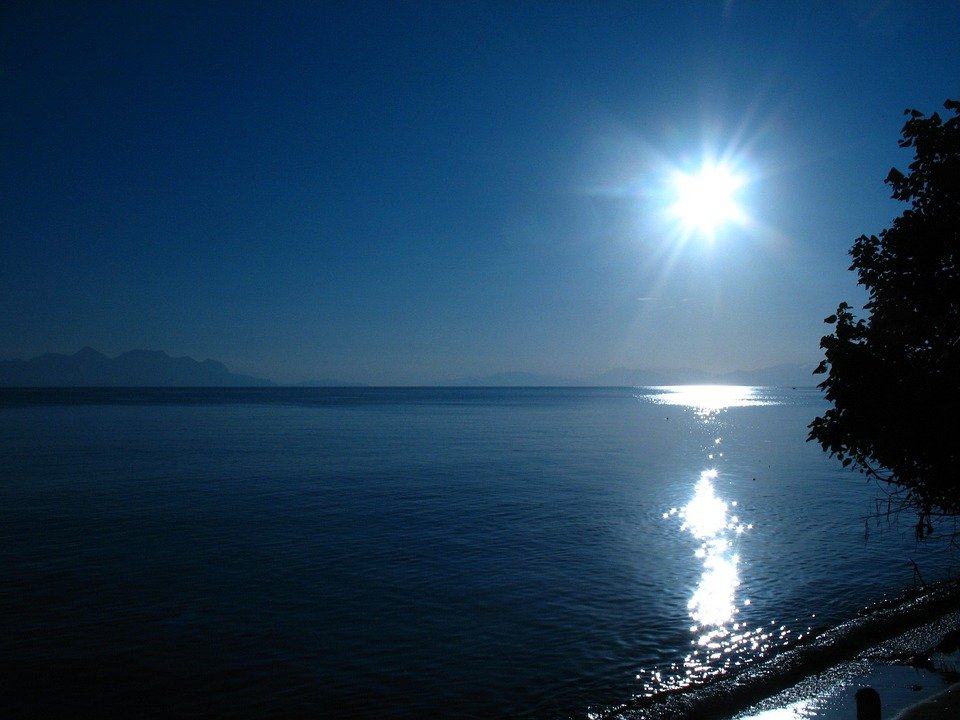 As beautiful as it looks, have you ever wondered why it occurs in the first place? I mean, the sun is up in the sky all day, but you don’t see those types of reflections throughout the day, right? What’s so special about the time when the sun is just above the horizon?

Short answer: It has everything to do with how the rays of the sun are reflected.

A beam of light is nothing but a bundle of light rays traveling parallel to each other. Specular reflection occurs when these light rays come from a single direction, fall on the surface and reflect off in a single outgoing direction. A mirror is a perfect example of this. On the other hand, when light rays are reflected in multiple directions, then diffuse reflection has occurred.

Throughout the day, when the sun sits high up in the sky, the ocean’s water looks bright and evenly illuminated. You don’t usually see any patterns of light forming on the water’s surface. However, around the time of the sunrise/sunset, you will notice that the sun reflects off the water and appears to form an illuminated path of sorts on the surface of the water. Even if you throw a stone in the water, a quick ripple will create a glittering effect on the surface. This is known as sun glitter. 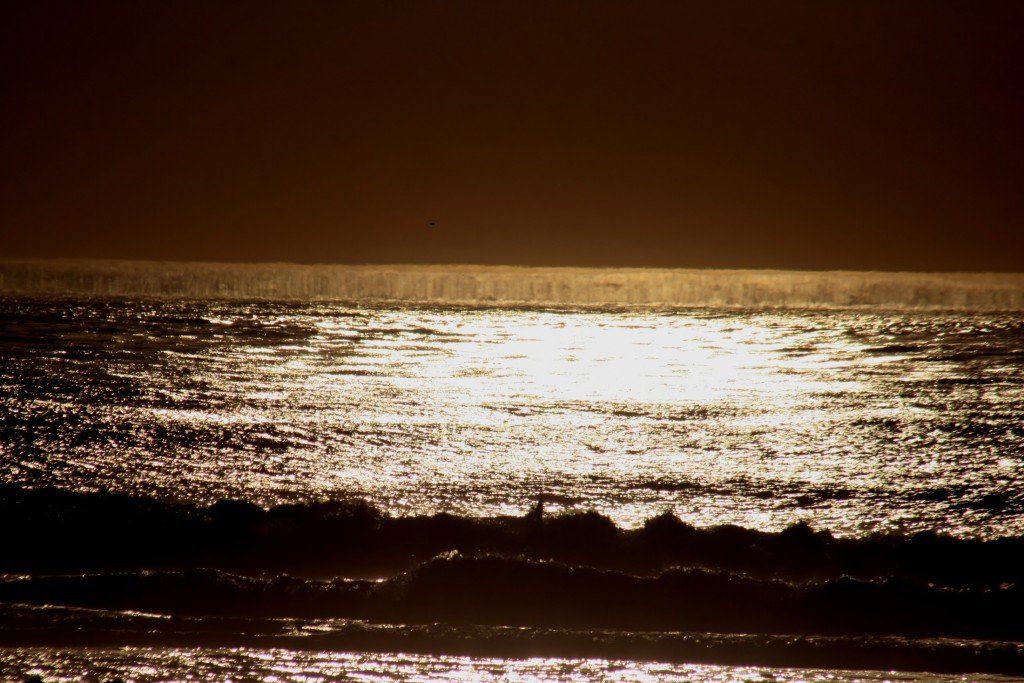 There are two main reasons behind this: first, when it comes to reflecting sunlight, sea water acts as a smooth surface on a macroscopic scale. A rippled – but locally smooth – surface will reflect the sun at different angles, creating different observable images of the sun. 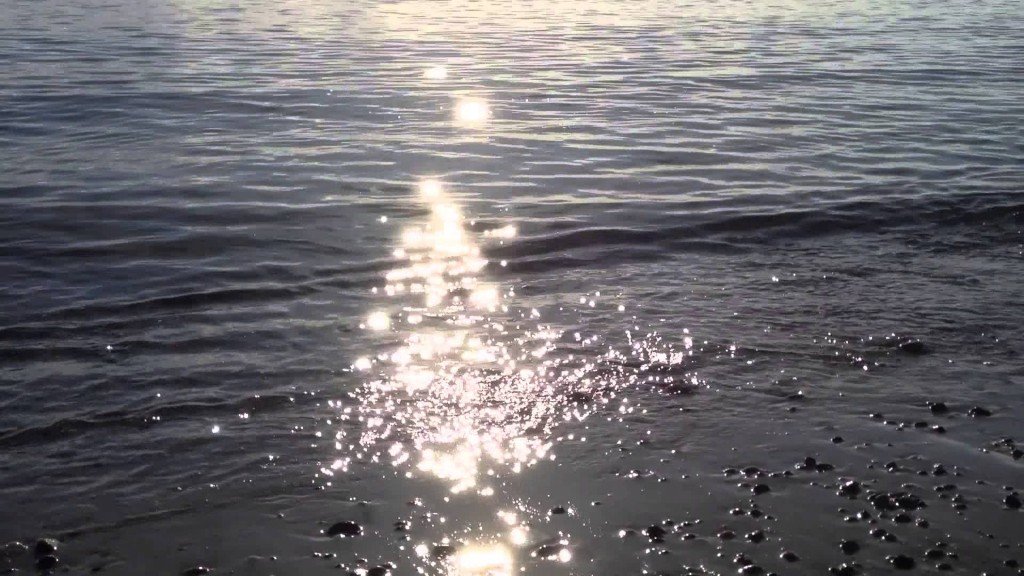 Another interesting thing about these different images of the sun formed on the water’s surface is that they move along with the viewer. This is due to the fact that when sunlight falls on the ocean’s surface, it’s reflected in all directions, but you see the illuminated line due to the light rays that are specifically entering your eyes.

The other reason pertains to the sun’s position in the sky. When it’s high up, light rays fall straight down on the ocean making a large angle with the surface, so there’s no observable glitter. However, when it’s above the horizon, its rays fall on the surface at a very shallow angle, and bounce off at the same small angle to reach the observer’s eyes, who is standing on the beach. 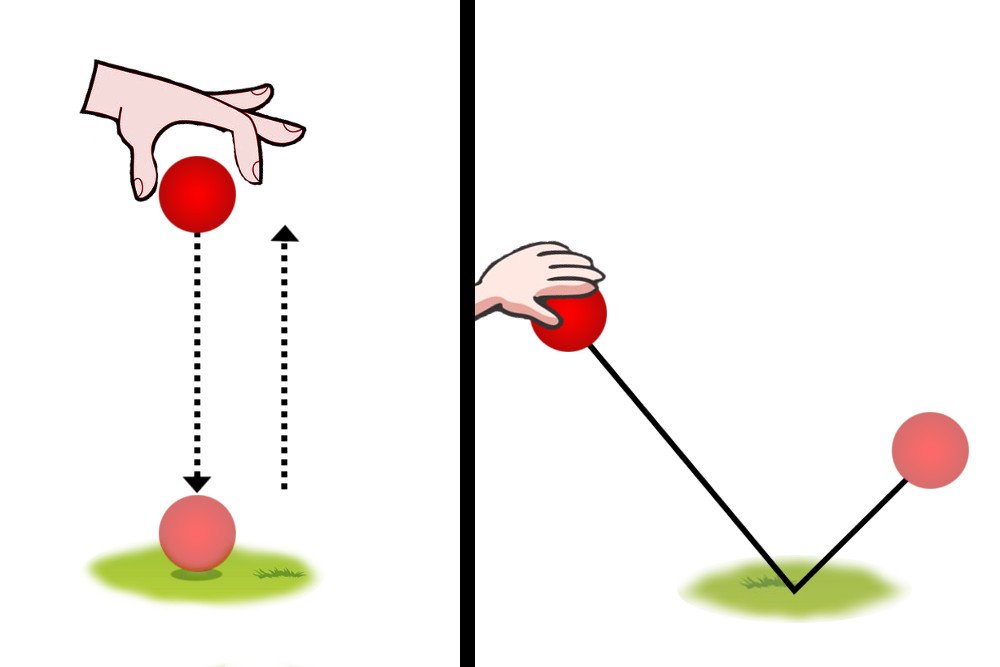 For another example of this effect, think of how a ball bounces on a smooth surface. When you drop it straight down, it bounces back straight up. Yet, when you throw it at an angle, it bounces off the ground away from you. The same thing happens with sun rays when they fall on the water at a shallow angle and bounce off towards the viewer.

This is the basic concept of sun glitter; you won’t see this sparkling phenomenon during most parts of the day, but when it appears, it’s truly a feast for the eyes!