Home
Eye Openers
Why Is The Sky Lighter Closer To The Horizon?

The sky is lighter, and may even appear white, near the horizon as a result of Mie Scattering and Rayleigh Scattering. These two phenomena are the reason why the sky is not a uniform color, and varies depending on geographic location, weather conditions, pollution levels and other factors.

Imagine the last time you were walking outside on a sunny day with clear skies. Looking directly above you, the sky would have likely been a bright and vibrant blue. This should come as no surprise, since we have been taught since childhood that grass is green and the sky is blue. Of course, even those with a rudimentary understanding of optics know that color is merely a construct based on the reflection and refraction of light.

Now, think back to that same sunny stroll; if you continued up a hill, and then to the top of the mountain, and looked towards the horizon, you may be surprised by the colors you see. The rich and vibrant blue present directly above your head does not remain uniform as your gaze stretches miles in the distance. In fact, near the horizon, the sky may appear nearly white. What causes this disparity of color in our stereotypically blue sky? Why is the sky so light near the horizon?

When people think about the sunlight that bathes our planet in life-giving warmth, it is common to imagine it as warm yellow light, as that is the color we closely associate with the sun. However, visible light is a combination of all the colors in varying wavelengths. When rays from the sun enter Earth’s atmosphere, they begin to interact with all the molecules present there, including nitrogen, oxygen, hydrogen, carbon dioxide and others, along with particulate matter and pollutants in the air. 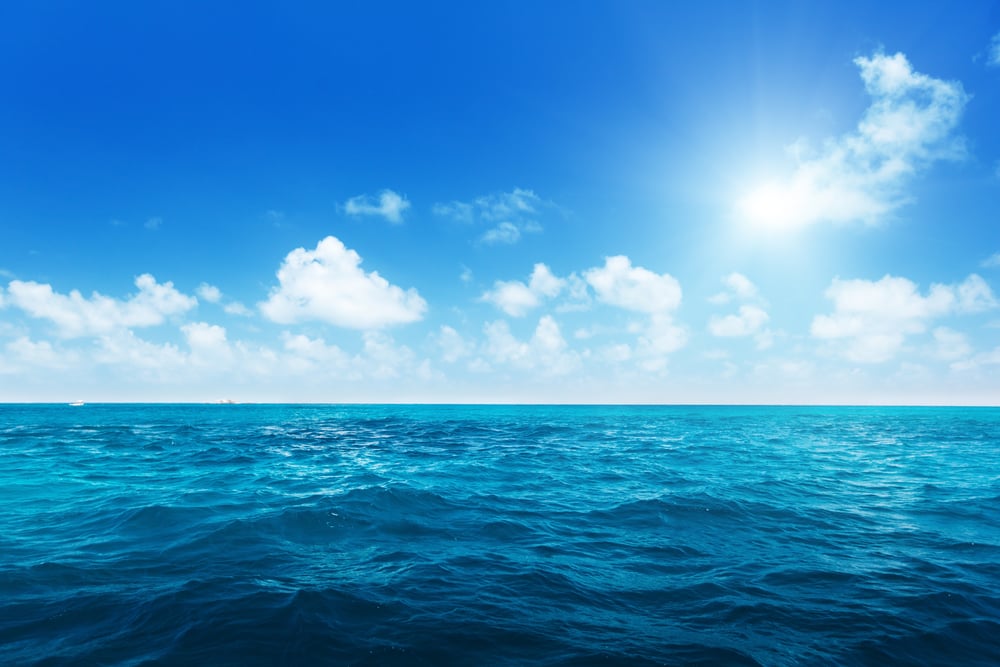 As sunlight strikes atmospheric particles, it causes the electrons and protons to oscillate rapidly up and down, and produce radiation of the same frequency as the incoming light, but sent out in all directions. This process of redirecting sunlight is known as scattering. When you look at the visible light portion of the electromagnetic spectrum, you will see that the blue side of the spectrum has a higher frequency and a lower wavelength than the red side of the spectrum.

When sunlight strikes nitrogen and oxygen molecules in the atmosphere (the two most abundant elements), the short wavelength and high frequency of blue light is scattered much more easily—about ten times more than red light! This type of unequal scattering of light through a medium of particles much smaller than the wavelength of the light is referred to as Rayleigh scattering. This blue light is scattered in all directions at a high concentration, making the sky appear blue.

The less amount of atmosphere the light must pass through, the more blue it will appear, so when you look straight up on a clear day, you will see a “pure” blue color. However, the atmosphere does not evenly scatter light, so the effect of Rayleigh scattering is variable depending on what point in the sky you’re viewing. Further away from the mountaintop, for example, the sky will look like a paler blue, as the light must pass through far more of the atmosphere before reaching your eyes. This allows for a greater mixture of colors being scattered, so the “blue” is not as pure.

The example above was good for a clear sunny day, but we don’t always enjoy blue skies. Sometimes the sky appears grey or white, particularly on cloudy days. When light interacts with small air molecules like nitrogen and oxygen, Rayleigh scattering can occur, but in the case of larger particulate matter, such as pollutants, aerosols, water vapor, dust or smoke, the reflected light is scattered equally in all directions. The particles must have roughly the same wavelength size as the incoming visible light for this effect to occur. This even scattering creates the appearance of white light—a combination of all the colors on the visible spectrum. This is why clouds are generally white, yet the sky is blue! This scattering of light in all directions by large particles is called Mie Scattering. 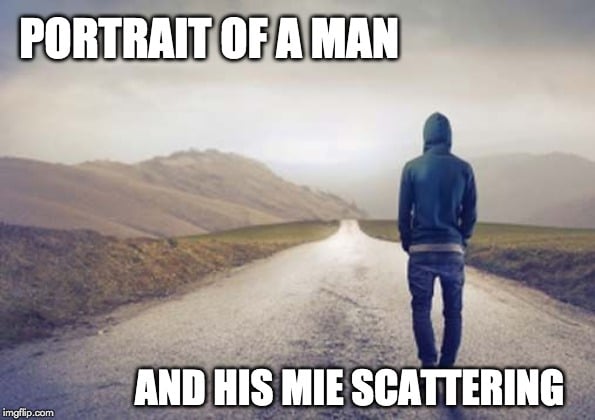 As mentioned above, as you look further away from you, the blue of the sky will begin to look somewhat paler, because the Rayleigh scattering effect is being “watered down” by the excess atmosphere you are looking through. Above your head is roughly 8 miles of atmosphere, but when looking at the horizon, the light must travel through 100 miles or more of the atmosphere before reaching your eye.

Therefore, viewing the horizon is like looking at the “bottom” of the atmosphere, where there is a higher concentration of aerosols, pollutants, smoke and dust (i.e., closer to the ground and human activity). These larger particles are heavier than air molecules like nitrogen and oxygen, which means that they will sit lower in the atmosphere. Therefore, looking out towards the horizon, the light will interact with more of these particles, causing a greater amount of Mie Scattering than if you were looking straight up!

Staring up into the endless blue has been a pastime since time immemorial, but don’t let anyone try to tell you that the whole sky is always blue! The color that we see in the world is merely a product of light interacting with different surfaces and substances, bouncing around the atmosphere and morphing depending on distance, intensity and any particulate obstacles in its way. And next time you’re gazing out from a mountain vista at the band of whiteness above the horizon, you can casually explain to your companions what causes this blue-sky anomaly—Mie scattering!

The short URL of the present article is: http://sciabc.us/6JedD
Help us make this article better
Prev Article Next Article
About the Author: 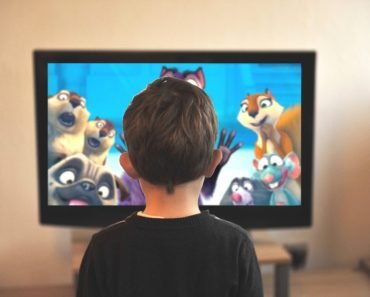 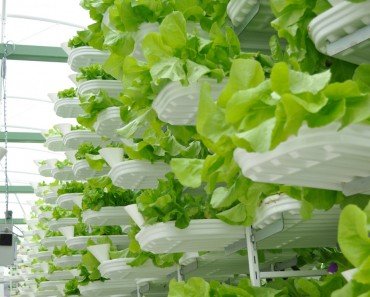