The sun often looks red, especially when it rises or sets, because that’s when the light from the sun must travel through the most atmosphere to reach the observer’s eyes.

It’s strange how the sun, which is usually depicted in yellow in elementary school books, assumes so many other colors over a span of just 24 hours.

When it rises above the horizon, it generally has a red tinge. As it moves up higher in the sky, it loses that redness and becomes increasingly bright, eventually appearing to be blindingly white at noon. Of course, the sunlight is so bright during daytime that one cannot (and should not) look at the sun directly, but if you observe it through protective glasses, it will appear white. Then, as it sets, it assumes a reddish hue.

In this article, we will discuss why the sun appears reddish during sunset and sunrise, but white at noon.

Earth’s atmosphere is composed of several gases, water vapor and dust particles. The advantages of having this protective layer of gases enveloping our planet are too many to list—it sustains all life forms on Earth by providing essential gases for biochemical processes (read: oxygen), protects the inhabitants of the planet by shielding them from the harmful rays of the sun (while trapping its warmth, which is a bonus) and wards off almost all nasty invaders (inanimate ones) from outer space. 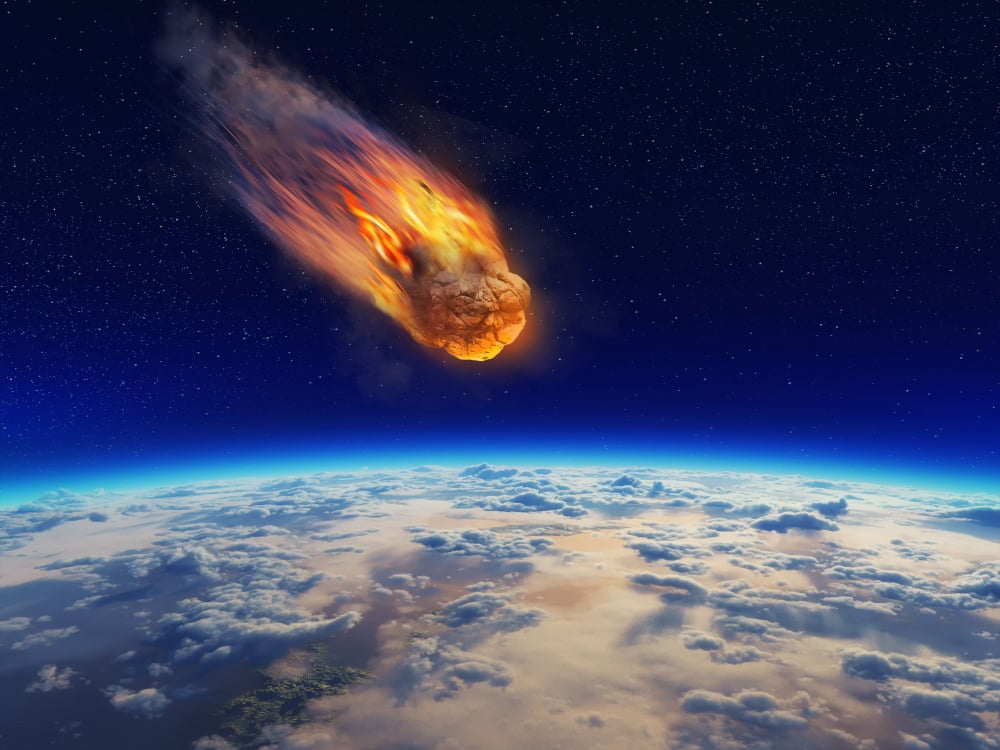 Most space objects burn up as they enter our planet’s atmosphere. (Photo Credit : Orla/Shutterstock)

In addition to providing these critical resources that ensure the survival of all life forms on Earth, the atmosphere also causes some interesting phenomena, such as the flowing of winds, the blue color of the sky, and the sun’s various colors at different times of the day.

Let’s start with sunrise (as all lifeforms do).

Why does the sun appear red during sunrise?

It definitely should, because it’s due to a specific type of electromagnetic radiation (visible light) that you are even able to read this article!

Radio waves (used in smartphones and all wireless communication devices), infrared (used in night vision glasses and TV remotes), X-rays (used in the field of medicine and healthcare), and gamma rays (associated with nuclear power) are all examples of electromagnetic radiation.

You may recall reading in your high school science class that sunlight is purely white because it is a combination of all seven colors of the rainbow, all of which have different wavelengths.

When sunlight (composed of colors of different wavelengths) reaches our planet and strikes the atmosphere, the particles present in the latter tend to scatter light with shorter wavelengths (namely, blue and violet), while letting longer wavelength colors (like red, yellow and orange) pass through.

Since redder wavelengths from celestial bodies (like the sun or moon) penetrate the layers of our atmosphere better than other colors, the sun looks red when viewed near the horizon. 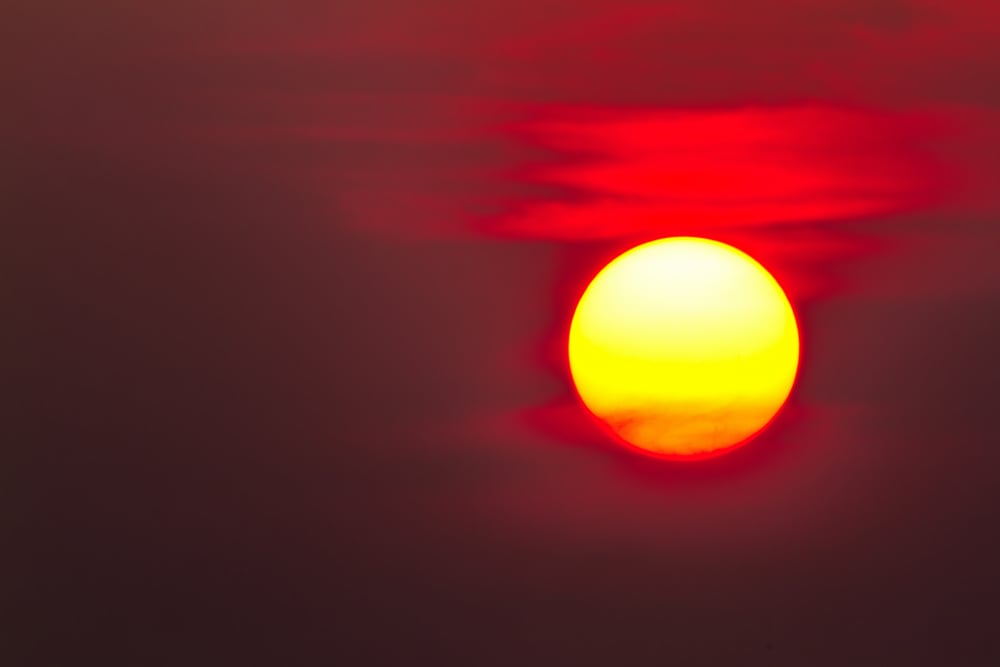 And why does the sun look particularly red when it sets or rises?

Because at the time of sunset or sunrise, sunlight must travel through the maximum amount of atmosphere to reach the observer’s eyes. Due to this, more blue light gets scattered from the sunlight, making the sun look redder when it rises or sets.

In fact, a natural phenomenon known as Rayleigh scattering (named after a British physicist called Lord Rayleigh) dictates that shorter wavelengths (blue) of light are scattered more easily than longer ones (red).

This is why the sky appears blue and the sun—or sometimes even the moon—appears red or orange.

Why does the sun appear white at noon?

The same principle applies in this case as well. When the sun is directly overhead, it must travel through the least amount of atmosphere to reach the eyes of an observer on Earth’s surface. This means that it doesn’t get a chance to bump into as many constituent particles of the atmosphere.

Due to this, all colors of the sunlight reach the observer’s eyes with almost equal intensity; the combination of all these wavelengths gives the sun a blinding white hue (which should NOT be observed with the naked eye).

To conclude, the sun appears red because red light penetrates the atmosphere more effectively than other colors, which is precisely why those celestial bodies that are visible from Earth have a reddish or orange hue, depending on the time of day and their place in the sky!