Rainbows are such beautiful phenomena, aren’t they? Up there in the sky, you see an arch of seven colors, each band as pretty and mesmerizing as the next. Rainbows are quite rare, since you need to have a sunny and rainy day at the same time.

I’ve often wondered why rainbows are always curved, rather than in a straight line, or even a square, but to understand this natural phenomenon properly, we need to know why a rainbow is formed in the first place.

The Birth of a Rainbow

A rainbow needs two things: water droplets and sunlight. Under the right conditions, each water droplet acts like a prism. This means that when a beam of sunlight hits the droplet, two things can happen: the light will simply pass through, or it will bend, bounce off the surface, and then bend again as it comes out, dispersing the white light into the seven visible colors that make up every rainbow. 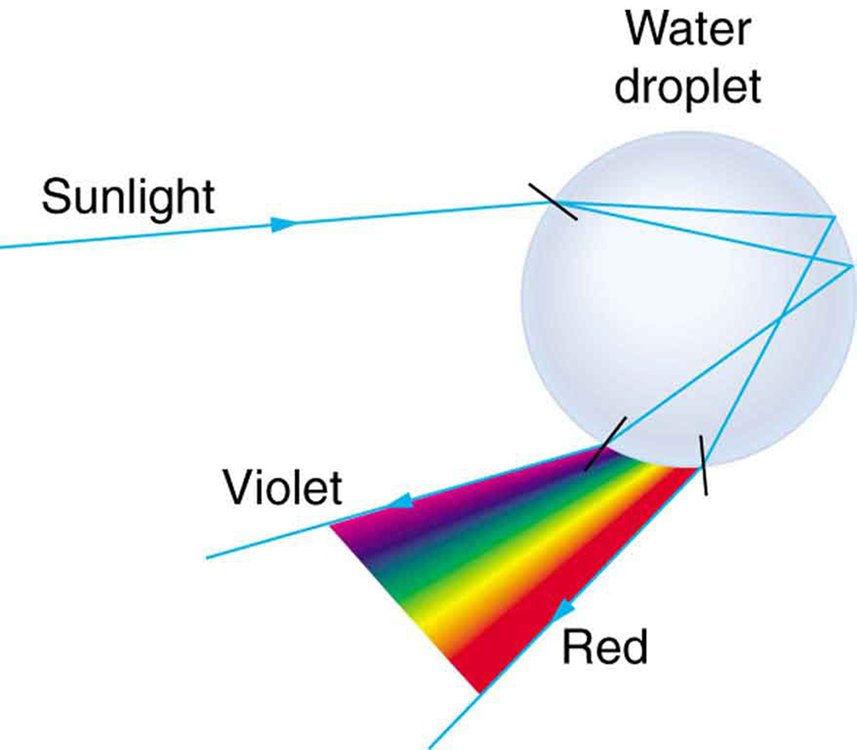 A rainbow is not actually shaped like a semicircle or an arc; that is simply the shape that we see. In fact, a rainbow is a circle, but we can’t see the full shape because the horizon cuts off the lower half. However, if you were flying high enough, without any disturbance, then you would be able to see a full rainbow. 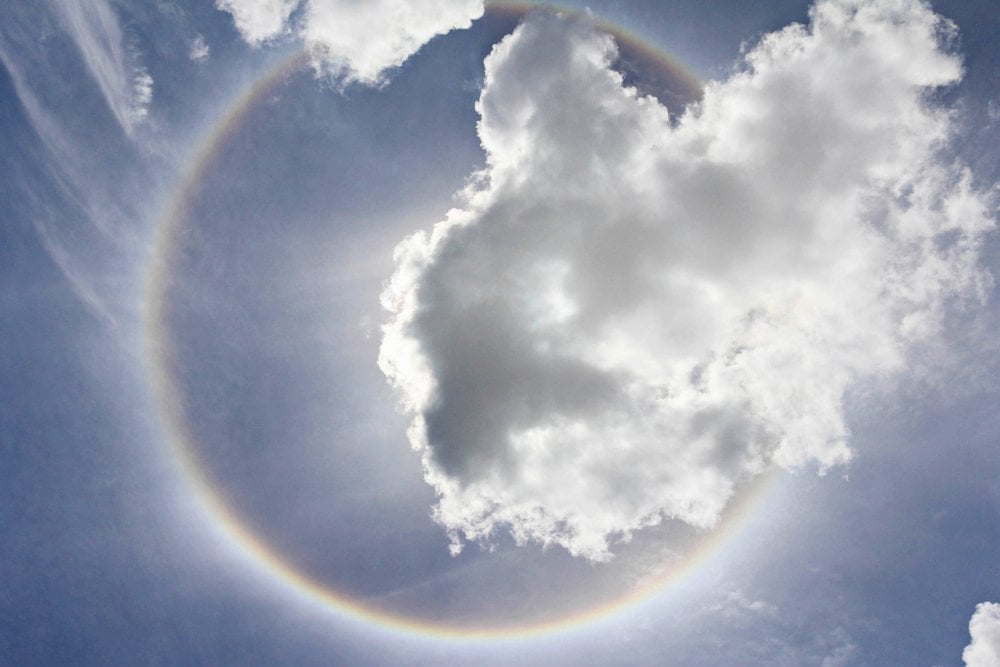 The appearance of a rainbow all depends on where you stand. If you move, then the rainbow moves. For every single person, the view will be different. The range of angles at which raindrops reflect is the real reason why rainbows are curved. For you to view a rainbow properly, you have to be standing with the sun behind you and it must be low in the sky. If the sun is too high, then you won’t see anything, and no one wants that!

Sunlight (or rather, any form of light) will reflect from the droplet at an angle of 40-42 degrees. If you draw a geometric shape between all the droplets that reflect the rainbow’s light and your eyes, the shape will be a cone with your eyes at one of the two tips; the sun will be situated at the other.

Let’s do some creative visualizations to understand this a bit more. Imagine that you’re standing in front of the sun with all the water droplets ahead of you waiting to be struck by sunlight. Sunlight strikes the droplet – SMACK – and the colored light we discussed earlier bounces off at an angle of 40-42 degrees in every possible direction. Given that, how do you see the colors? Only the beams that shine directly at you will reveal their colors; in other words, you will see colored light only from those water droplets that are at the proper angle from both you and the sun. The only shape that will allow the light beams to shine on you at that precise angle is an arc or a circle with you at the center! Obviously, we don’t see the full circle because our range of vision is cut off by the horizon. 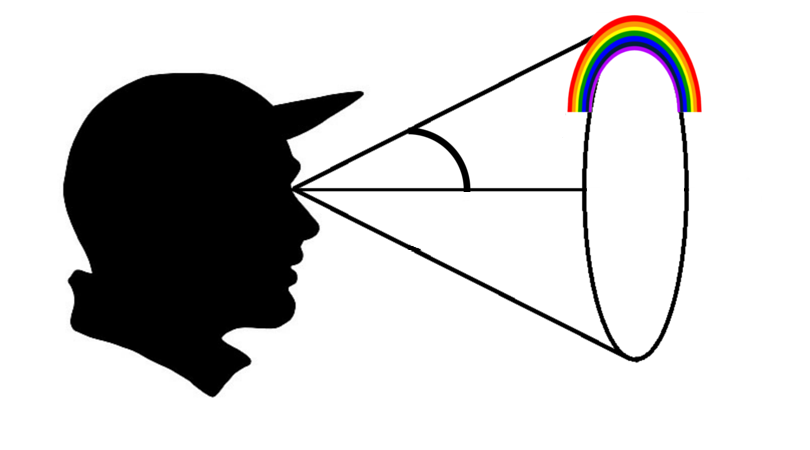 The only shape that you can draw with a fixed angle from your eye is a cone!

Voila! The mystery of the half-circle is solved. All this talk about rainbows reminds me of that old expression “looking for the pot of gold at the end of the rainbow”. This traditional myth arose because you can never sneak to one side of a rainbow. It always faces you head-on, so you can’t ever get to “the end”, per se.

I hate to be the bearer of bad news, but the proverbial pot of gold isn’t just a metaphor for the unattainable – it’s simply a scientific fact!

How much do you know about a rainbow? 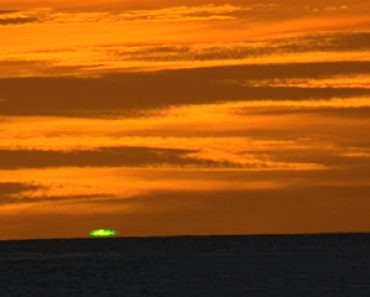