A fire rainbow is one of the few “halos” formed by the refraction of light in plate-shaped ice crystals mixed in the atmosphere, typically occurring in cirrus clouds.

Residents of South Carolina witnessed something strange and beautiful in the sky in August of 2015. Back then, a photo of a rainbow-like appearance dubbed a “multi-colored angel” went viral. So, what was this rainbow-colored angel? A divine message? No, it was an optical phenomenon that is technically called a circumhorizontal arc. However, this wasn’t the first or only time a circumhorizontal arc has been seen. It has occasionally been witnessed in other parts of the US as well.

This optical phenomenon is popularly known by the name fire rainbow, rather than the more mathematical-sounding “circumhorizontal arc”, which is found more in geography books and less in common lingo.

So, what is this fire rainbow, and how it is formed?

What Is A Fire Rainbow?

Truth to be told, fire rainbows aren’t really rainbows, and they have nothing to do with fire! That being said, they are certainly beautiful, and whenever they’re spotted, people can’t take photos fast enough! Many of these photos go viral on the internet because this phenomenon is so rare. “Fire rainbow” is a misnomer that was apparently coined by a journalist in 2006. Perhaps fire rainbows were called as such because they’re formed in wispy high-altitude clouds that resemble bright flames lighting up the sky. 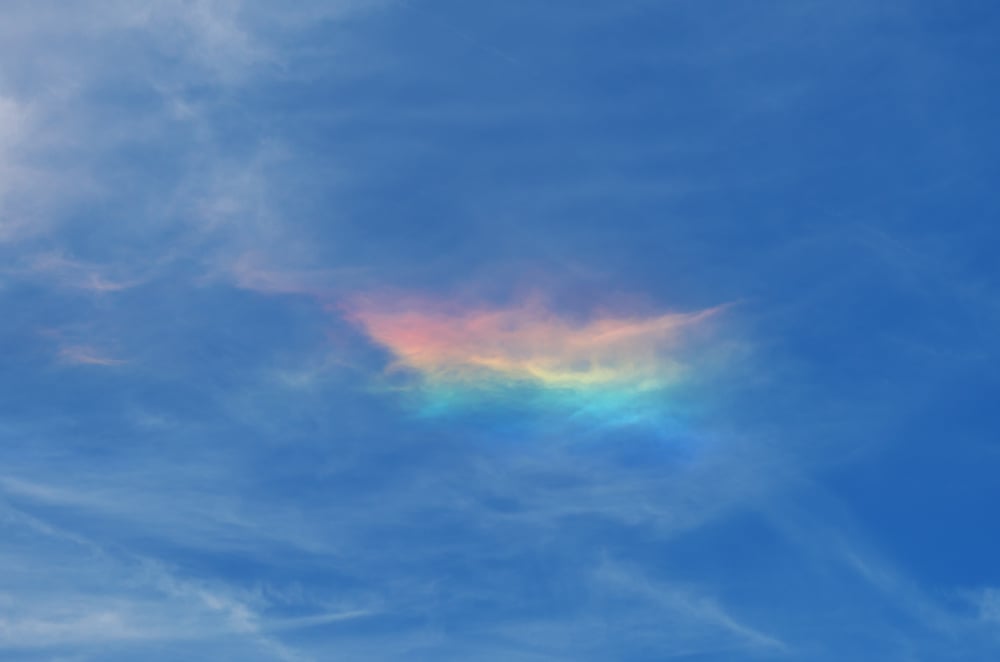 Steve Ackerman, a professor of Atmospheric and Oceanic Sciences at the University of Wisconsin-Madison, reckons that several variables must coincide for this spectacular phenomenon to occur. A fire rainbow is one of the few types of halos formed by the refraction of light in plate-shaped ice crystals mixed in the atmosphere, occurring typically in cirrus clouds. Now, what are these cirrus clouds? 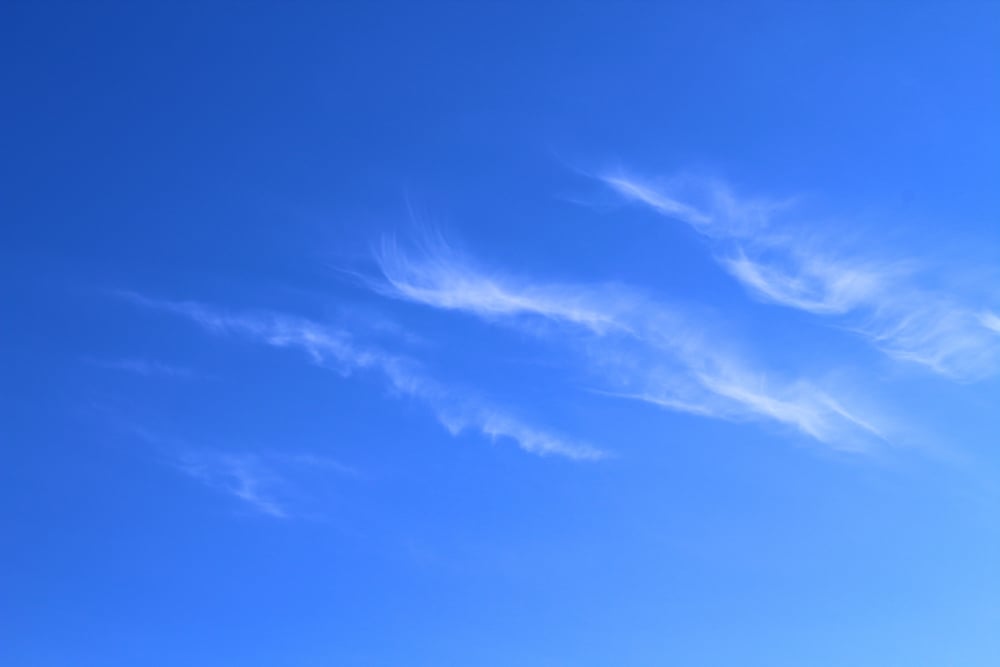 What Causes A Fire Rainbow?

Fire rainbows or circumhorizontal arcs appear when special conditions are met. First is the passage of light through these high-level cirrus clouds at a specific angle. Next is the position of the Sun. A fire rainbow can only be witnessed when the Sun is at least 58o above the horizon. Ice crystals through which the light disassembles into constituent colors needs to be hexagonal in shape, with their faces running parallel to the ground.

When light enters through the vertical side face of these ice crystals and leaves from the bottom face, it refracts, meaning that its path of progression changes (i.e., it bends). This bending of light is tantamount to light bending through a prism. If these crystals are aligned perfectly, the whole section of the cirrus cloud behaves like a prism, resulting in a rainbow-like appearance. Also, cirrus clouds are wispy, which is reminiscent of a flame, which is why this phenomenon is popularly called a fire rainbow. 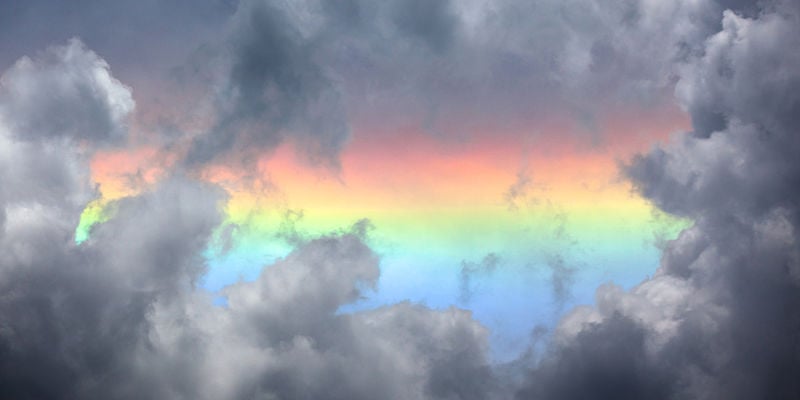 How Frequent Are Fire Rainbows?

As mentioned above, fire rainbows are rare. The source of light—the Sun (or Moon)—needs to be at least 58o above the horizon, meaning that fire rainbow is almost impossible to see in places north of 55oN or south of 55oS.

Also, in places where it is spotted, its frequency of occurrence and duration varies widely. Slots for the visibility of a fire rainbow for some important cities are given in this graph. As seen, in London, for example, the Sun is only high enough for a meager 140 hours between May to July. For Los Angeles on the other hand, the Sun is high enough for 670 hours between March to September. Also, European weather is often cloudy. A fire rainbow, a phenomenon of high-level clouds, would likely be masked by low- and middle-level clouds, making it even more elusive to spot a fire rainbow in Europe.

Also Read: Why Are Rainbows Always Curved Or Arched?

Besides these technical differences, there are also visible differences. Fire rainbows always occur at a fixed location in relation to the Sun or Moon, whereas cloud iridescence can occur in different positions in the sky. Moreover, color bands in a fire rainbow always run horizontally with red of the VIBGYOR color spectrum at the top and violet at the bottom. Cloud iridescence does not always show this fixed sequence of colors, i.e., the color sequencing in them is random.

A fire rainbow is one of the most beautiful phenomena in nature. It perfectly matches the colors of the rainbow and has a flame-like appearance. It is governed by one of the fundamental principles of light: refraction caused by the presence of ice crystals in the atmosphere. People in the US should consider themselves lucky, as they can witness this rare phenomenon more frequently than many people in other parts of the world!