No, all rainbows are not the same. There are twelve different kinds of rainbows, based on atmospheric conditions, angles, number of bows, and water droplet size.

Out of the many natural wonders that we can witness in our beautiful world, few are as majestic and awe-inspiring as a rainbow. You’ve likely seen dozens or even hundreds over the course of your life, and they never fail to inspire a smile or a moment of quiet reflection.

Our fascination with rainbows has not only led to pot-of-gold legends, but also many questions. What is a rainbow? How big can a rainbow be? And perhaps most importantly, are all rainbows the same?

When light from the sun shines through water droplets suspended in the air, the light rays are refracted two times, when the ray of light enters and exits the droplet. This refraction causes the light to break apart into its constituent wavelengths (colors). Visible light is made up of many wavelengths running from red (620-750 nm) to violet (380-450 nm). Those different wavelengths within visible light interact with the water in a slightly different way, resulting in the array of color that our eyes perceive in the sky. 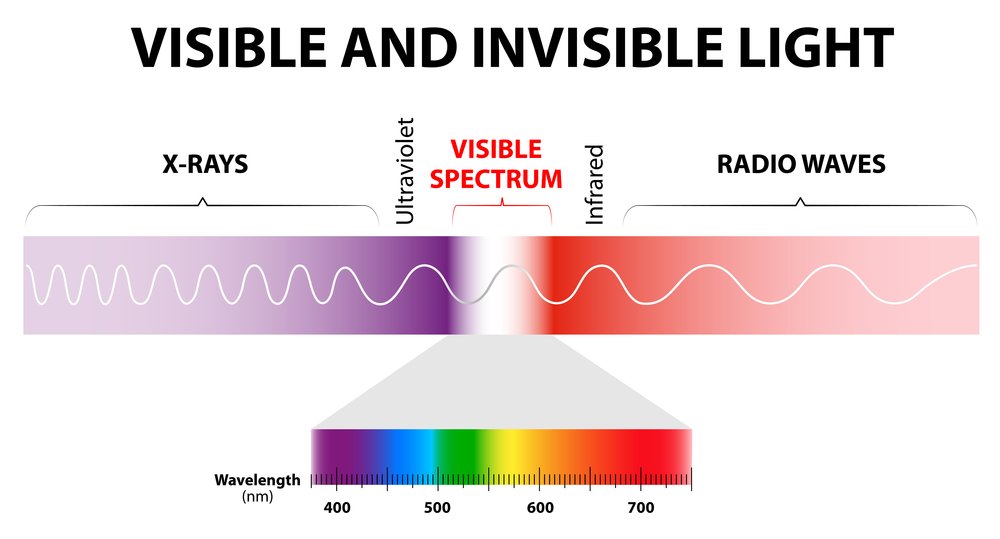 ROY G BIV, for those of you who don’t know, stands for Red, Orange, Yellow, Green, Blue, Indigo, Violet – more commonly known as the colors of the rainbow, in that particular order. These beautiful bands of colors will appear to human beings when we are at a certain angle in relation with the light being bent through the water particles in the air. That’s why a rainbow is curved, because the only light reaching our eyes to form the rainbow will be the rays that have refracted at a particular angle (roughly 42 degrees), which forms a semi-circle in our field of vision.

With that in mind, it seems like all rainbows would have to be the same, right? “The Science” of rainbows seems relatively simple…

Not All Rainbows Are Created Equal

As it turns out, researchers have been discussing the types and number of rainbows for centuries, but it appears that most sky-gazers have settled at twelve different kinds of rainbows. 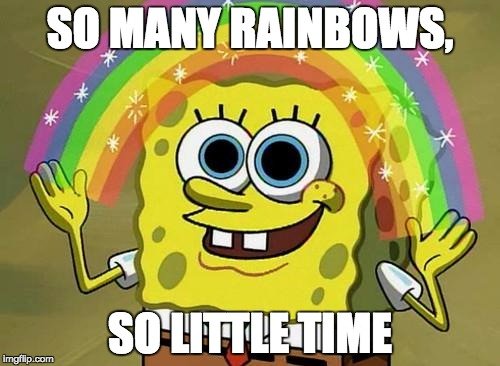 Also Read: Why Are Rainbows Always Curved Or Arched?

As mentioned, rainbows are composed of light refracted back into our eyes at a particular angle through water particles in the air (typically rain). This can also cause secondary bows (a double rainbow), or even triple and quadruple varieties, depending on the weather conditions, the size of the raindrops, and the strength of the light rays. However, if you ever spot a “double rainbow”, you will see that there is a dark band between the two bows, and the colors on the second, fainter rainbow will be reversed from the original.

The dark space between the two bows is called Alexander’s band, and is the area where light isn’t refracting at the right angle for our eyes to detect a ‘bow. Furthermore, the position of the Sun in the sky has a lot to do with the appearance of a rainbow. Closer to sunrise and sunset, when the angle of the sun is quite low, it is possible to see rainbows of one faint band of red. Many people overlook these partial or non-traditional rainbows, only pointing to the sky with glee when the sun is at an angle of around 70 degrees, when all the ROY G BIV colors will appear. 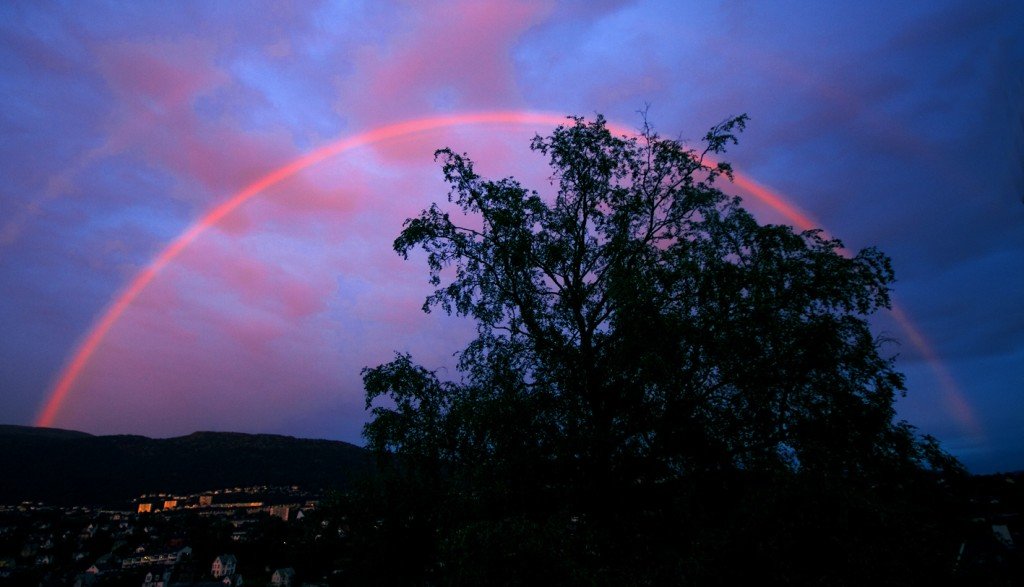 After researchers observed and categorized all these weird and wonderful varieties of rainbows, based on atmospheric conditions, angles, number of bows, and water droplet size, a dozen final rainbow types were settled on. You might not be able to spot all of them in the sky by name (particularly with names like RB_1), but each one is different! You can also have different visual effects of these rainbow varieties, such as reflection rainbows, twinned rainbows, and rainbow wheels (when clouds sporadically interrupt the full arc, making the bow appear to “spin”.

There are also different “bows” in nature, including fogbows (glowing white semi-circles in clouds or fogbanks), lunarbows (faint and rare times when moonlight is refracted through water droplets), and firebows (light refracting through ice crystals). They all operate on the same principles of light refraction and a water-based medium that bends the light into an arc we can see. They’re not all technically rainbows, but they are certainly beautiful! 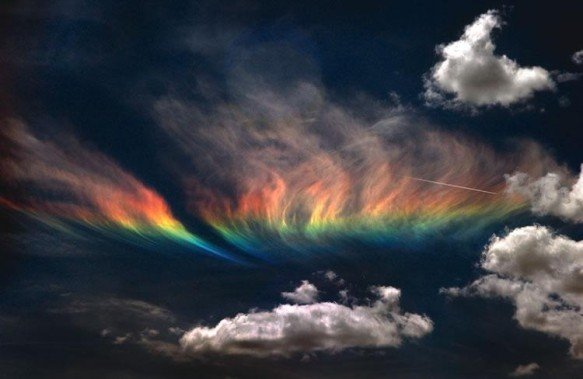 Perhaps the most fascinating thing about rainbows is that they are constantly changing. As every water droplet falls to Earth, it is only part of a rainbow for a few seconds at most. In other words, every time you look up at the sky and see those bright bows arcing overhead, you’re seeing a one-of-a-kind!