Home
Eye Openers
Tempered Glass: Why Does It Break In Such Small Pieces?
Table of Contents

From coffee tables and skyscrapers to house windows and car windshields, we are surrounded by glass. It is a terrific and highly useful material – transparent, reflective and reasonably strong (depending on the type of glass).

However, strength is not the only thing that varies depending on how the glass is made; there’s another rather unusual trait that separates certain glass types from others –  the way the glass breaks.

You have surely seen movie scenes where automobiles (like cars or trucks) blow up or get smashed against something. During any such scene, have you noticed that the glass in car windows doesn’t break like regular glass (that we use in our daily lives)? Instead, it breaks up into very tiny, granular pieces.

The question is, why does that happen? 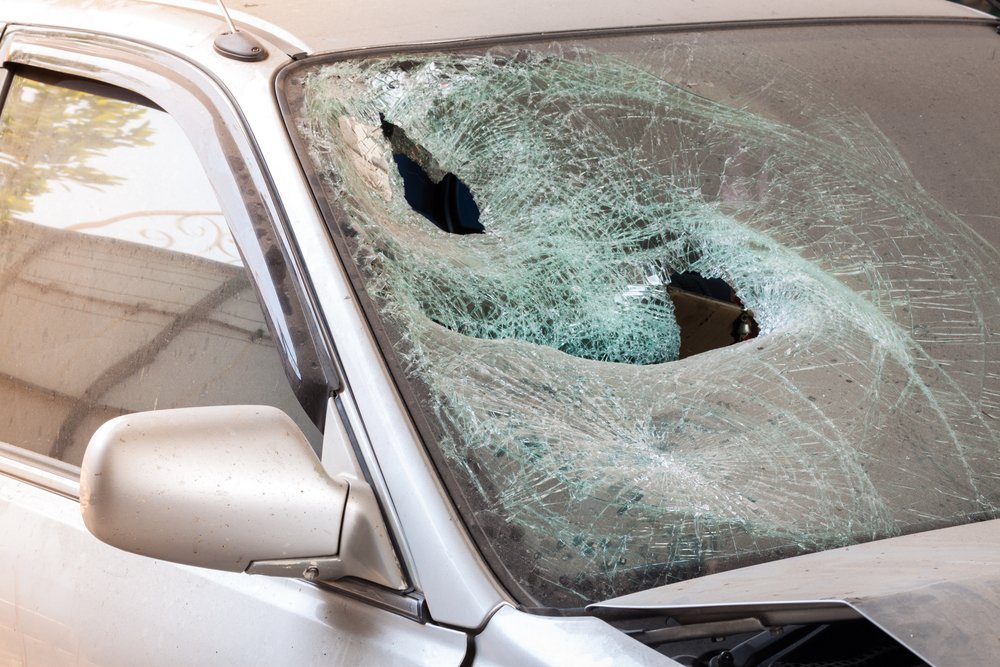 Judging by its appearance and how it feels to the touch, it’s easy to tell the glass they use in automobiles apart from regular glass. The former is called tempered or toughened glass, and is used in shower doors, refrigerator trays, architectural glass doors and tables, bullet-resistant glass and smartphone screen protectors (a rather recent development). It is known to be 4-5 times stronger than regular glass and can withstand temperatures up to 295 degrees Celsius. 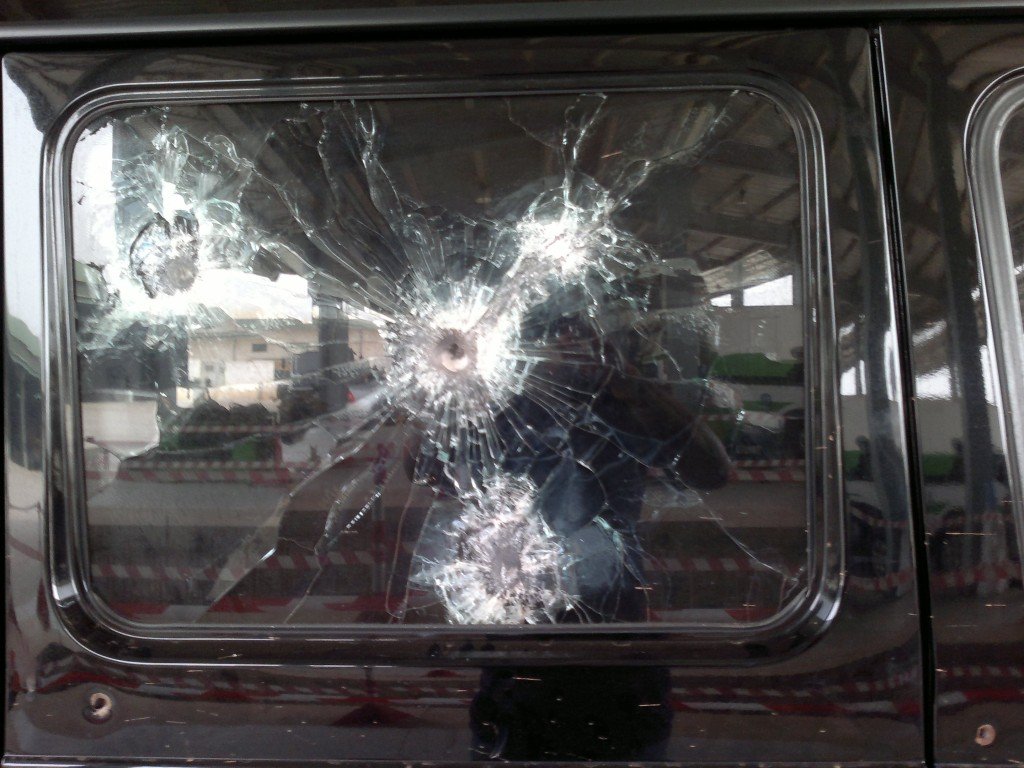 Apart from its strength, tempered glass is also known for the characteristic way it breaks. Unlike regular glass, which shatters into sharp shards that can potentially cause injuries, tempered glass breaks into smaller pieces that interlock with neighboring pieces and therefore don’t fall readily.

Why does tempered glass break into such tiny pieces?

The glass does not shatter out of the frame; instead, it converts into tiny granular pieces and remains intact

As mentioned earlier, the characteristics of any glass type depend on the materials it is made with and the chemical and mechanical processes it undergoes during its manufacture. The way that tempered glass breaks into much smaller pieces is specifically attributed to the manufacturing processes. Glass (with nickel sulphide inclusions) is tempered by heating and then rapidly cooled to room temperature.

Cooling takes place much faster at the center of the glass than at the surface, causing compressive stresses in the surface, whereas contraction and tensile stresses are caused in the center. The compressive stress gives toughened glass its increased strength; the higher the stress, the smaller pieces that the glass breaks into. The benefit of this differential heating comes in the form of increased endurance of the glass; it means that such glass can be stretched or pulled to a certain limit without breaking, which is a good thing to have in many forms of glass. 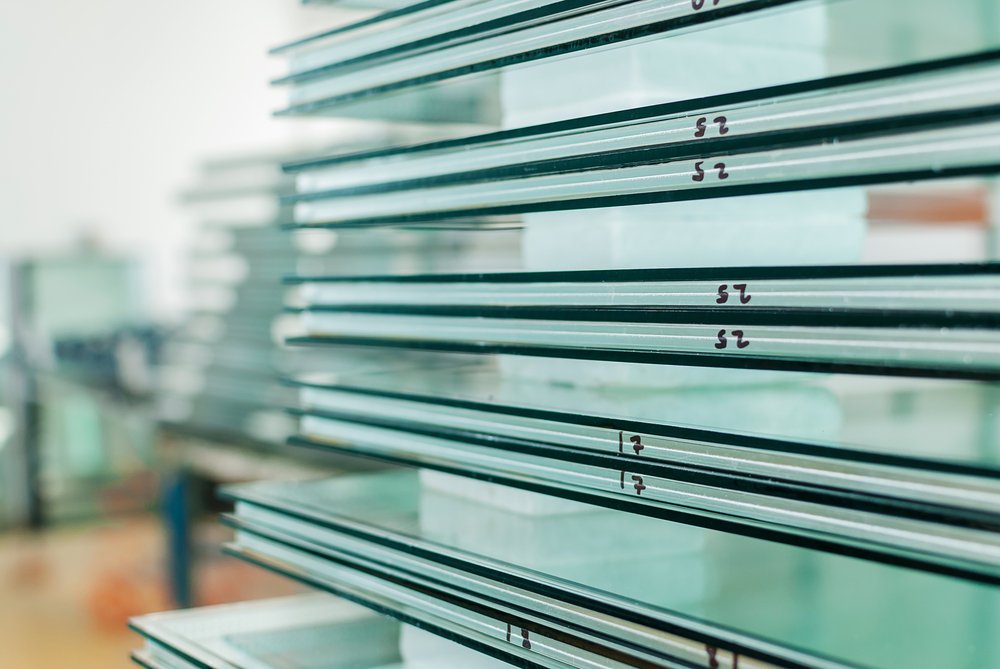 For toughened glass, the compressive stress on the surface has to be more than 10,000 psi, whereas for safety glass, it must be more than 15,000 psi. (Photo Credit : Alex Ander / Shutterstock)

In addition to that, the glass is also treated with hydrochloric acid to eliminate any scratches on the surface and increase its strength. The nickel sulfides expand over time and impart that ‘spontaneous breaking’ ability to tempered glass. Due to the aforementioned manufacturing processes, tempered glass is able to withstand more stress and bend further before finally breaking. 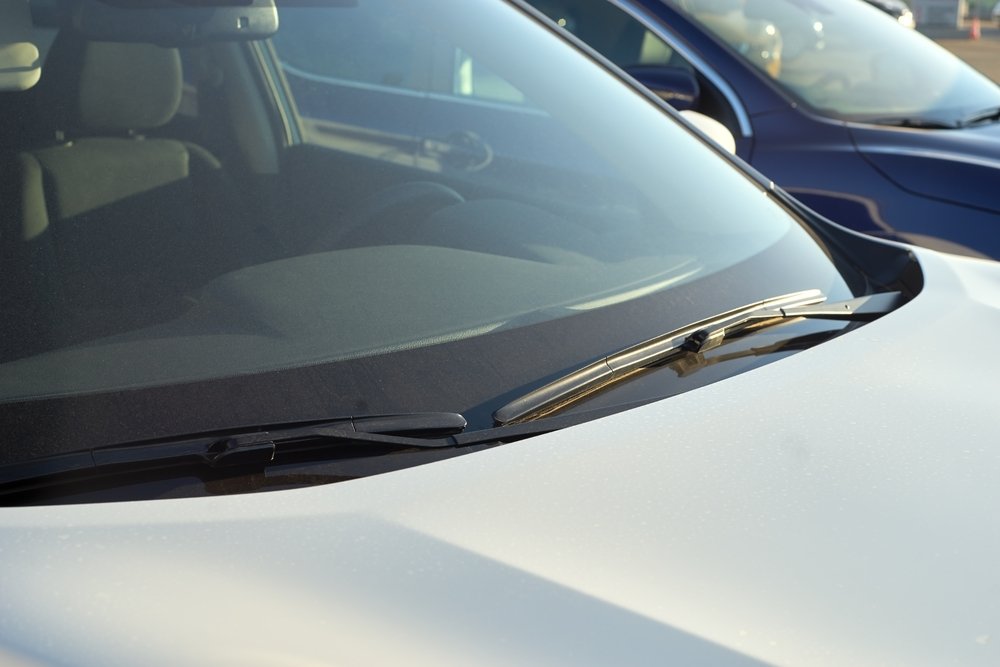 Note that toughened glass, i.e. the glass used in side windows, is different from the glass used in the windshield. The type used in the latter is called laminated glass, which is made by sandwiching a laminate (usually polyvinyl butyral or PVB plastic) between two (or more) layers of glasses and bonding them using high pressure and heat.

In addition to being very strong, this also offers a unique advantage. Upon breaking, the broken pieces of glass don’t usually fall out; in fact, they stick to the laminate and tend to stay in the frame. This is why applying significant force on the windshield will make the whole thing pop out of its frame in a single piece.

Due to their strength and the ability to withstand a lot of pressure, laminated doors are widely used in office complexes and public buildings. It also offers decent soundproofing. All in all, both types of glass are strong and have their own characteristic properties, so choosing the ‘right’ type of glass depends entirely on your requirements.

The short URL of the present article is: http://sciabc.us/5cofz
Help us make this article better
Prev Article Next Article
About the Author