The science behind bulletproof glass is actually quite simple. The glass is made up of multiple layers, with a layer of polycarbonate in the middle. This polycarbonate layer is what actually stops the bullet, by absorbing its energy and distributing its impact. The glass is also reinforced to make it more resistant to shattering.

Assume you are in midst of a deadly encounter; ducking bullets fired by the enemy. You are in dire need of help. You cannot keep dodging deadly sniper’s bullet for long. The safest way in which you could save yourself in this dire situation would be by placing a transparent but tough barrier that shields you from the bullet. Something which is tough enough to take on the bullets without resorting to spalling by dissipating bullet’s energy around it. Well, that’s the basic premise for having “bulletproof” glass. In this article, we will demystify the science behind the coveted bulletproof glass.

If you are an ardent action movie buff, you might have spotted bulletproof glass on several occasions in the movie. This bulletproof glass is mostly depicted to be indestructible. Irrespective of the gun used and the quantity of bullets fired, bulletproof glass remains to be invincible and intact in the action-packed movie scenes.

That’s a wishful science but reality isn’t really the same. Though we have made strong “bullet resistant” glass but that’s not really “bulletproof” from a scientific perspective. Because no glass is impenetrable. Bullet-resistant glass typically delays the impact of the bullets, i.e., it will usually take several bullet shots to shatter. Therefore, its actually the bullet-resistant glass that you see in high-security applications. But as usual clever marketers call it ‘bulletproof’ to make their glass sound invincible as ballistic glass industry is worth several billion dollars in value. 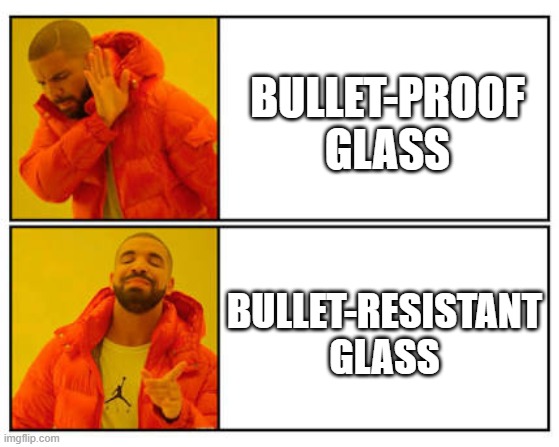 Many historians credit discovery of bullet resistant glass to the Prince Rupert of the Rhine of the 17th century. He accidentally placed a molten glass in a container of cold water. To his surprise that made the glass almost indestructible. But the first patented bullet-resistant glass was made by a French chemist, Édouard Bénédictus in 1909. It was more of a simplified variation of laminated safety glass. Benedictus used celluloid, a variant of plastic that was sandwiched between the two sheets of glass. Popular Science magazine envisaged the possible use of “bulletproof glass” in armored police vehicles in 1937.

If you have ever played cricket you know that it’s challenging to catch a fast-moving ball; especially if the batsman has timed it well. You might be aware that the trick to catch a fast-moving ball is move your hands back i.e., in the direction of the balls’ trajectory, in a bid to stop the ball more gradually. This method minimizes the force which you feel on hand and thus catching would be a less painful experience. To explain it from the physics perspective, the force exerted by the ball on your hand is proportional to the rate of change in the ball’s momentum. Simply put, the force you can feel due to the ball hitting your hand can be reduced if you change the momentum of traveling ball slowly or gradually. Let’s understand it with an example. 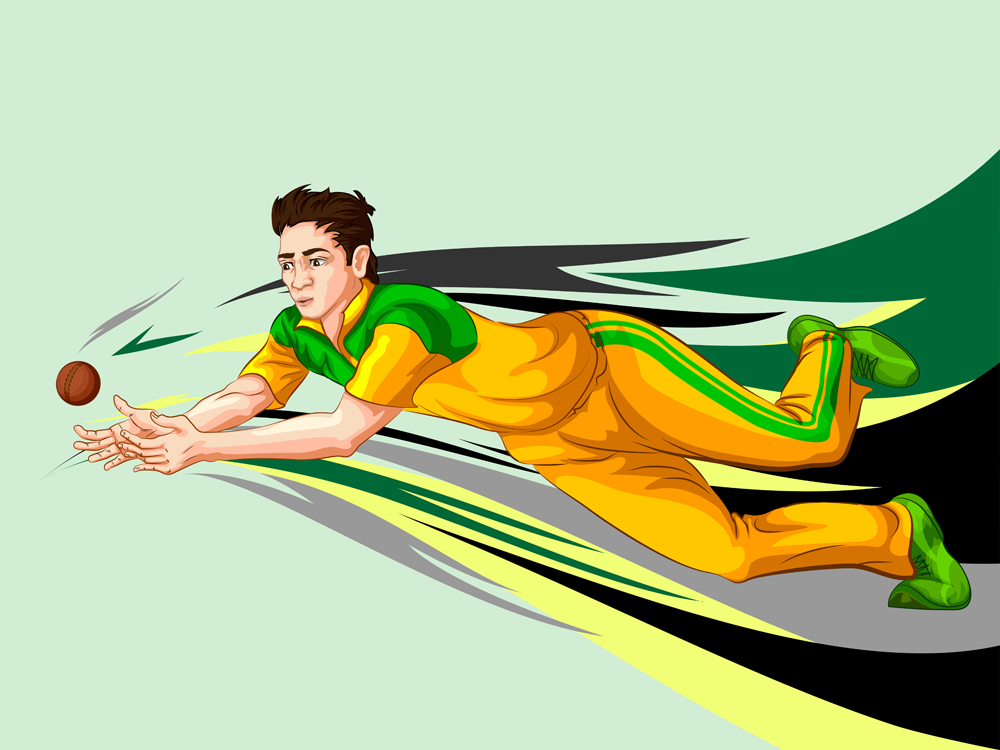 Suppose you try to catch a ball by abruptly stopping it upfront say in just half a second. You would feel a thwack on hand. Now suppose you could replay the same moment again—this time you catch the ball gradually—taking two seconds to complete the catch. Now as you took 4x more time to bring the ball in motion to rest, force feels on your hand would be quarter than what you felt when you did it abruptly in 0.5 seconds.

Coming back to the glass, unlike your hand, a pane of glass cannot move. It offers very little protection against the ramming object. So, if a person fires a bullet on a normal glass sheet, glass cannot bend and absorb the energy gradually. Instead, a shot bullet fractures the glass with force and makes the glass shattered into innumerous shards. Some of these shards can be very sharp and pointed. This adds another dimension of fatality to the glass. Because these shards of glass might just kill you even if bullet does not. This is why an ordinary glass offers zilch protection against the bullets. It fails miserably to slow down the bullet.

Now when someone shots a bullet onto the bullet resistant glass, the energy of bullet spreads out sideways through the layers. Due to multi-layered arrangement this energy gets divided between different layers of glass and plastic. This way energy is quickly absorbed by bullet resistant glass without spalling. The bullet is resisted so much by the glass that it does not have enough energy to pierce through the tough multi-layered glass. Although if several bullets are shot on the same point, glass does break. But thanks to the interlayered plastic, glass does not shatter like a typical glass with numerous shards flying around. Consider bullet resistant glass as “energy absorbing” glass and you’ll have a fair idea of how it works.

Thickness and cost of bulletproof glass

It must be noted that thickness plays an important role in the durability of the bullet-resistant glass. These glasses are usually designed to shield from a bullet fire or a round of bullet fires. Based on the force exerted by the ramming bullet and the type of gun used, a thicker piece of bullet resistant glass is required to abort the bullet coming with more force. For example, a gunshot from a sniper rifle is more powerful than a typical pistol. Therefore, more thickness is required to stop a bullet from a rifle than from a pistol. The thickness of bullet resistant glass generally ranges between 0.25 inches to 3 inches. Their cost could be around 25$ to 100$ per square foot.

Advancements in the bulletproof glass

When a bullet is fired at bullet-resistant glass, its outside layer is pierced, but the polycarbonate layer present inside absorbs the bullet’s energy and distributes its impact considerably. Thus, the bullet is unable to exit the final layer, i.e., break through the glass to strike a target.

Interestingly few companies have recently developed “one-way” bullet-resistant glass, which is designed to stop incoming bullets, while simultaneously allowing the person at the receiving end to shoot back. 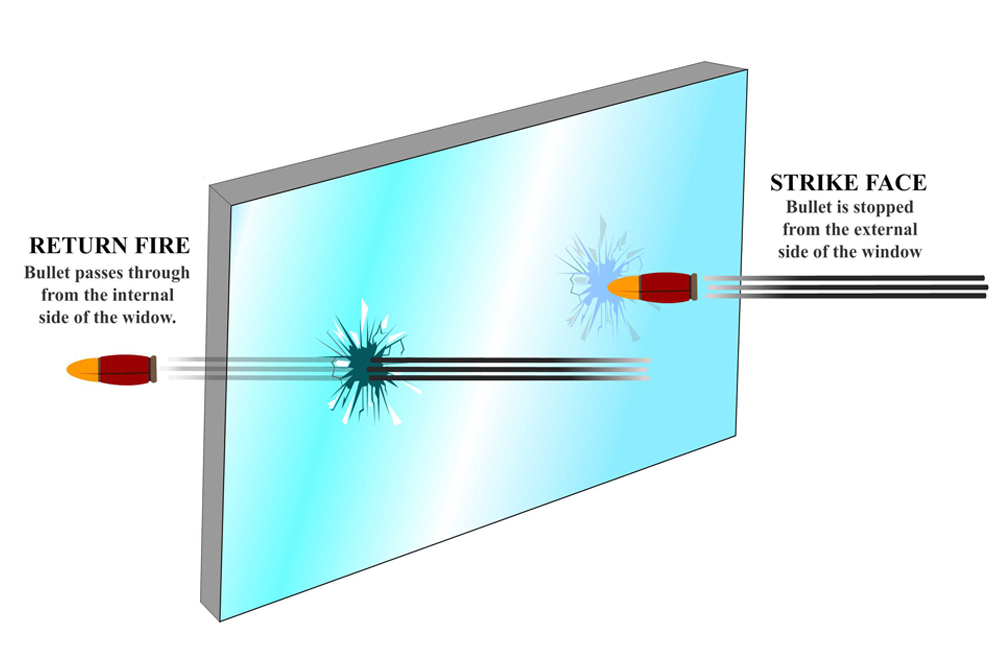 This glass works by reinforcing a brittle glass layer, and again, utilizes a tough polymer layer. The brittle layer faces outwards and shatters if a bullet is fired at it, thus spreading the force of the bullet over a large area, which is then absorbed by the tough (polycarbonate) layer behind it. A bullet fired from the other side, however, can puncture the polymer layer easily before breaking the glass, only slowing the bullet slightly.

Businesses that keep a large amount of cash and precious items like jewellery stores, banks, liquor shops often fear they could be the target of an assault by a gunman and may need something like bullet resistant glass to protect themselves and other precious items. Similarly, administrative departments in the US including local police stations and court houses are also using bullet resistant glasses in the areas which are susceptible to gun crimes. Bullet resistant windows used in the White House is much more robust than the ones used to protect cashier in a bank or executive in a bullet resistant glass cubicle. They are specially design to withstand gunshots even from high-velocity rifles. There is an increasing demand of bullet resistant glasses as countries like Syria, Iraq, Lebanon, etc due to ongoing civil unrest and rising instances of violent encounters between protesting factions. 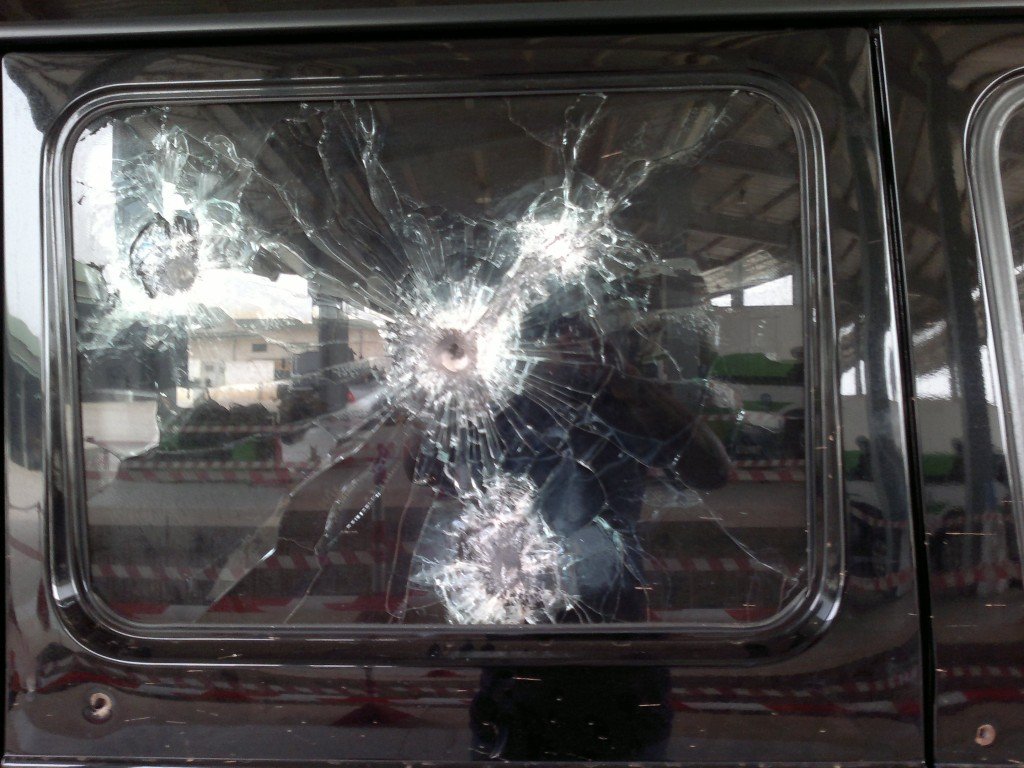 A politician in West Africa was attacked in a bulletproof car with AR-15s and an 18-wheel semi and survived.

Limitations of a bulletproof glass

Besides not being truly bulletproof as mentioned earlier, another problem with bullet resistant glasses is their heavy weight. Their thick and heavy composition might not be an issue in applications like windows or cubicles inside the building but makes challenging to apply it to automobiles. Not only thickness and heaviness pose an engineering constraint in automobile design but also a trade-off of robustness for clarity. The tougher the glass is, the lesser transparency it offers. This makes them impossible to use as front car glasses as it could affect the visibility of the driver while driving.

But despite limitations, we need to acknowledge efforts behind the scientists and researchers working to make bullet-resistant glass more and more robust. It’s surely an important innovation that has saved the lives of thousands of people, from the military to the highest echelons of church and state.