Biodiversity refers to the different life forms on earth, including plants, animals, insects and bacteria. Humans rely on biodiversity for food, water, medicine and a million other things. However, many species are threatened by extinction due to habitat loss and degradation, pollution, poaching, habitat fragmentation, and overexploitation.

Biodiversity includes all the different kinds of life forms on Earth. This includes fungi, plants, animals and even microscopic organisms like bacteria, as well as the communities they form and the habitats where they live. Scientists and researchers estimate that our planet supports over 8.7 million species of plants and animals, but so far, they have only been able to identify a little over 1.2 million species. 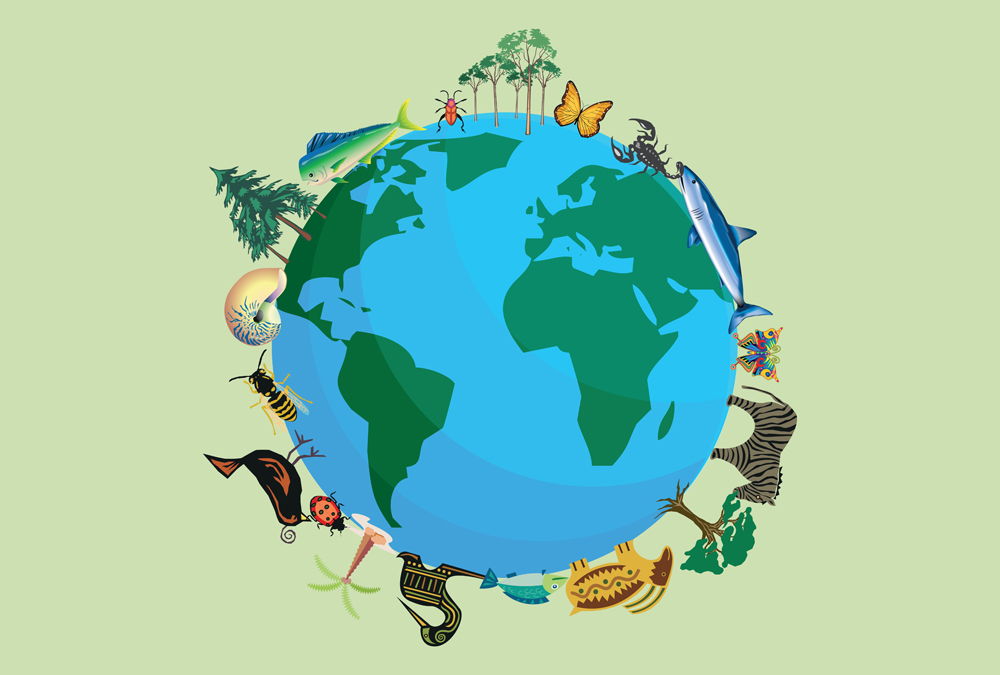 Can you imagine how diverse our planet is? (Photo Credit : Monphoto/Shutterstock)

Why is biodiversity important?

Every species on earth, be it a plant, animal or bacteria, plays a unique and important role that no other species can replicate. The intricate interactions between all these species and their ecosystems combined will help maintain the human race.

Biodiversity is directly linked to our everyday lives; without it, we humans would not be able to survive. Apart from providing basic necessities like food, water, fodder and fuel, biological diversity also provides many critical ecological services, such as soil formation, nutrient cycling, and air and water purification. 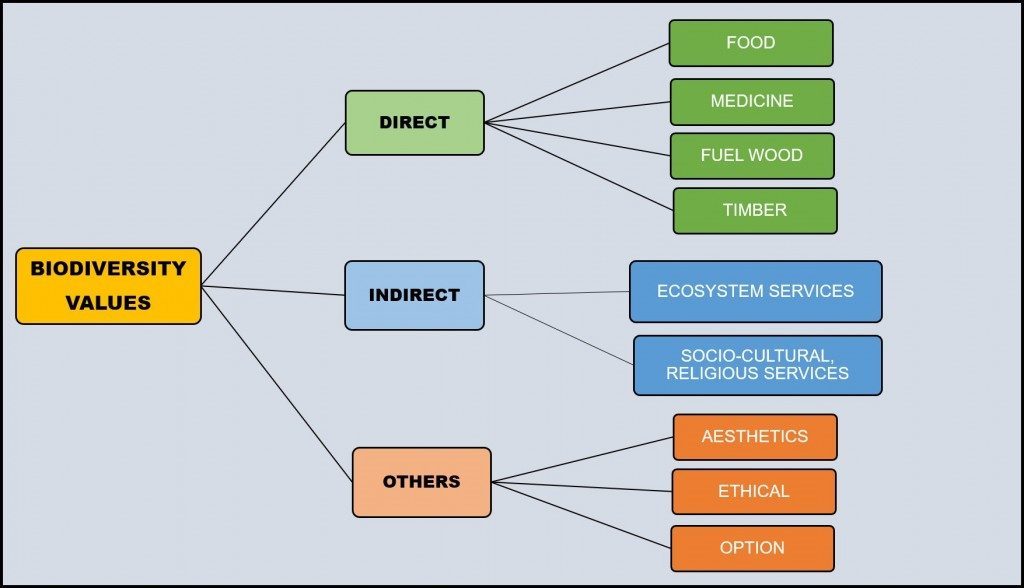 This refers to all the benefits we humans derive directly from the products that we harvest from nature. These values are further divided into consumptive and productive use values. 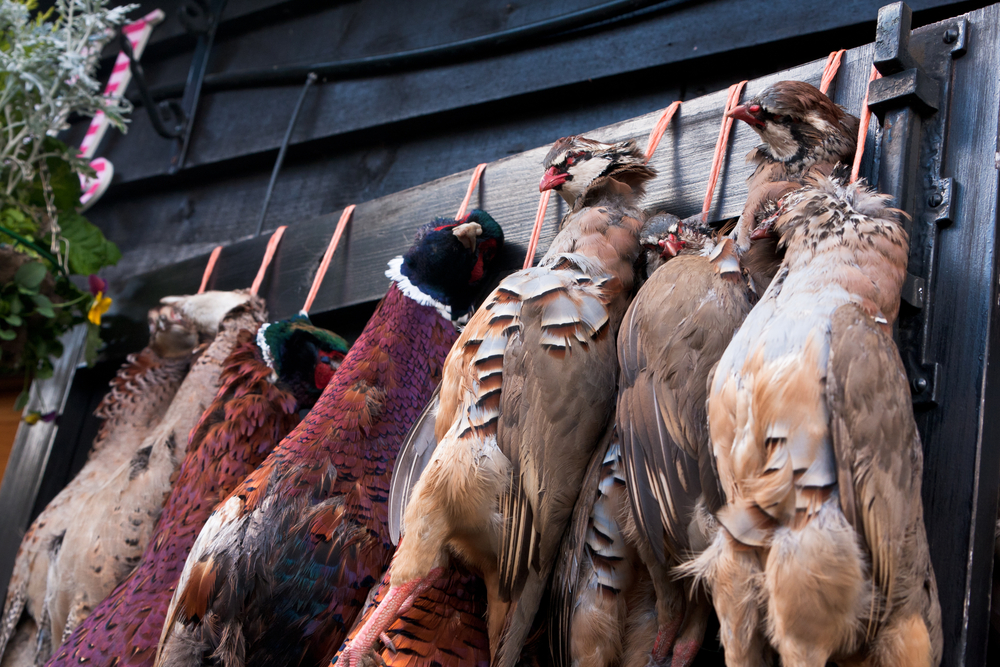 For instance, in Zaire, 75% of the region’s animal protein comes from wild animals and in Botswana, over 50 wildlife species constitute food sources for local communities. Similarly, across the world, 25% of all prescription drugs are derived from around 120 plant species.

Productive use value, on the other hand, refers to all the products harvested from nature and sold in local and international markets. This includes timber (e.g., for paper and pulp industries, railway sleepers and sawmills), fisheries (e.g., for consumption and aquaculture), ivory (for medicine and jewelry), and genetic material (to alter crops and domesticated animals).

These refer to all the products and services that nature provides us, and which isn’t harvested. This includes the infinite ecosystem processes and services, such as water purification, prevention of soil erosion, pollination, maintaining climate stability, and nutrient cycling. Similarly, biodiversity is also invaluable in many social, cultural and religious activities. 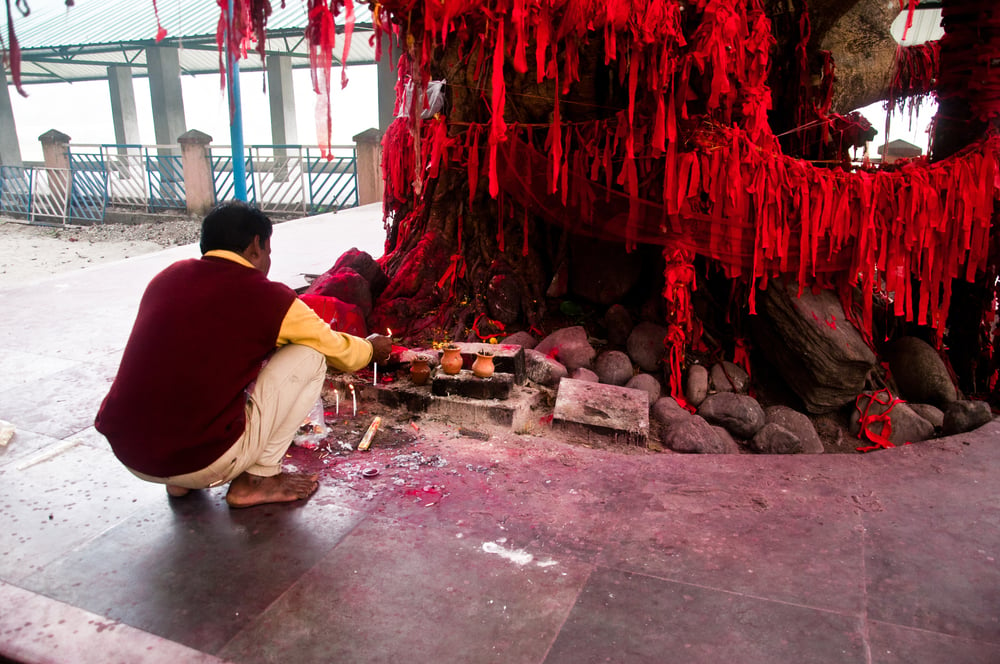 Apart from the indirect and direct values, biodiversity also has invaluable aesthetic, option and ethical values. For instance, the wilderness allows us to participate in activities like bird watching and gardening (aesthetic value), and may also be exceptionally important in the future for things like curing diseases (option value). Above all, biodiversity has an equal right to exist (ethical value).

As you can see, we depend on biodiversity on a daily basis, so you can probably guess how badly we will be affected if these services are no longer available to us. The loss of biodiversity will affect our livelihoods, food supply, income and migration, while also leading to political conflict over declining resources.

Unfortunately, despite knowing the significance of biodiversity, our actions and lifestyles are leading to wide-scale biodiversity loss. For instance, at least 1 million species are threatened with extinction in the next decade, and over 800 million people, particularly in Asia and Africa, face food insecurity.

You may now stop and ask yourself: what are the causes of biodiversity loss? And what threatens biodiversity?

Overall, the primary drivers of biodiversity loss are increasing human population growth and high levels of consumerism. Together, these two drivers lead to the elimination of biodiversity in many different ways.

Habitat loss is the primary reason for large-scale biodiversity loss worldwide. When humans cut down trees, clear land for agriculture, cut grasslands or even fill wetlands, they are changing the natural habitat of all the species that live there. This not only leads to habitat destruction, but also drastically alters the complex interactions among different species.

According to the recent report by the Intergovernmental Science-Policy Platform on Biodiversity and Ecosystem Services (IPBES), humans have transformed over 75% of terrestrial surfaces and over 66% of ocean areas on earth. The main human activities that have led to such sweeping habitat loss are agriculture expansion, mining, logging, fishing, urbanization, and industrial growth. However, agricultural and livestock production are solely responsible for the conversion of 75% of freshwater resources and 33% of Earth’s land surface.

Such destruction of ecosystems and habitats will have infinite impacts on ecosystem services and ultimately human wellbeing. Among all ecosystems, wetlands, in particular, have suffered the most, as over 85% of wetlands have been lost by 2000.

Habitat fragmentation occurs when large habitats are split into smaller and scattered patches as a result of changing land use and land covers. This prevents animals from dispersing from one area to another and isolates their populations in the region. Habitat fragmentation ultimately leads to inbreeding, stress, increased infant mortality and extinction. In fact, researchers found that species whose habitats were most fragmented were at a greater risk of extinction than those who had intact habitats.

Several species are overexploited due to their economic value, for medicinal and research purposes, which reduces their populations. Animals such as frogs, earthworms and plant species like ferns are all examples of bioresources that are heavily extracted.

Fish are among the many species that are commercially exploited and sold in large quantities in markets (Photo Credit : David A. Litman & stockphoto mania/Shutterstock)

Some species are endemic to regions, while others are introduced (also known as exotic or alien species). The introduction of new species into new regions can be dangerous for native species and their communities, as exotic species deplete natural resources and degrade their habitats.

A classic example of biodiversity loss because of exotic species is that of European rabbits in Australia. During the late 1850s, European rabbits were introduced into Australia for hunting. However, these rabbits grew exponentially and spread across the country like wildfire; in the process, they destroyed crops, land and soil. They also led to the decline of several native plant and animal species. In more recent times, researchers have found that since the 1970s, the number of exotic species across 21 different countries has increased by over 70%.

Many wildlife species, such as pangolins, tigers, turtles, star tortoises and snakes, are traded illegally for their meat, fur, skin, tusks and teeth. Poachers ruthlessly kill wildlife of all ages, genders, sizes, and species. While poaching is rampant worldwide, some regions such as Asia, Africa and South America, which are all extremely rich in biodiversity, witness a greater number of poaching cases. For instance, between 2014 and 2017, 100,000 African elephants were killed by ivory poachers across the African continent.

No matter the size, poachers will target any species from which they can make a living (Photo Credit : Monphoto/Shutterstock)

Toxic chemicals, liquids and gases are released into our environment, which alter natural habitats. For instance, pesticides used in farms enter nearby water bodies, such as ponds and rivers, and kill fish, the birds that feed on fish, and other related animals. Since the 1980s, over 300 million tons of heavy metals, industrial waste and sludge have been dumped into our waterways, leading to the creation of 400 different ‘dead zones’ in the ocean. The introduction of these chemicals not only causes pollution, but also leads to eutrophication, reduces oxygen levels, causes coral bleaching, metal poisoning and ultimately biodiversity loss.

While these are the major causes of biodiversity loss, there are several other factors, such as disease and human-wildlife conflict, which also threaten the survival of many species.

As you can see, our environment and its biodiversity are directly linked to our survival. Hence, it is our responsibility to ensure that we respect and protect it, not only for ourselves, but also for the future generations, who will also depend on it to survive and thrive.